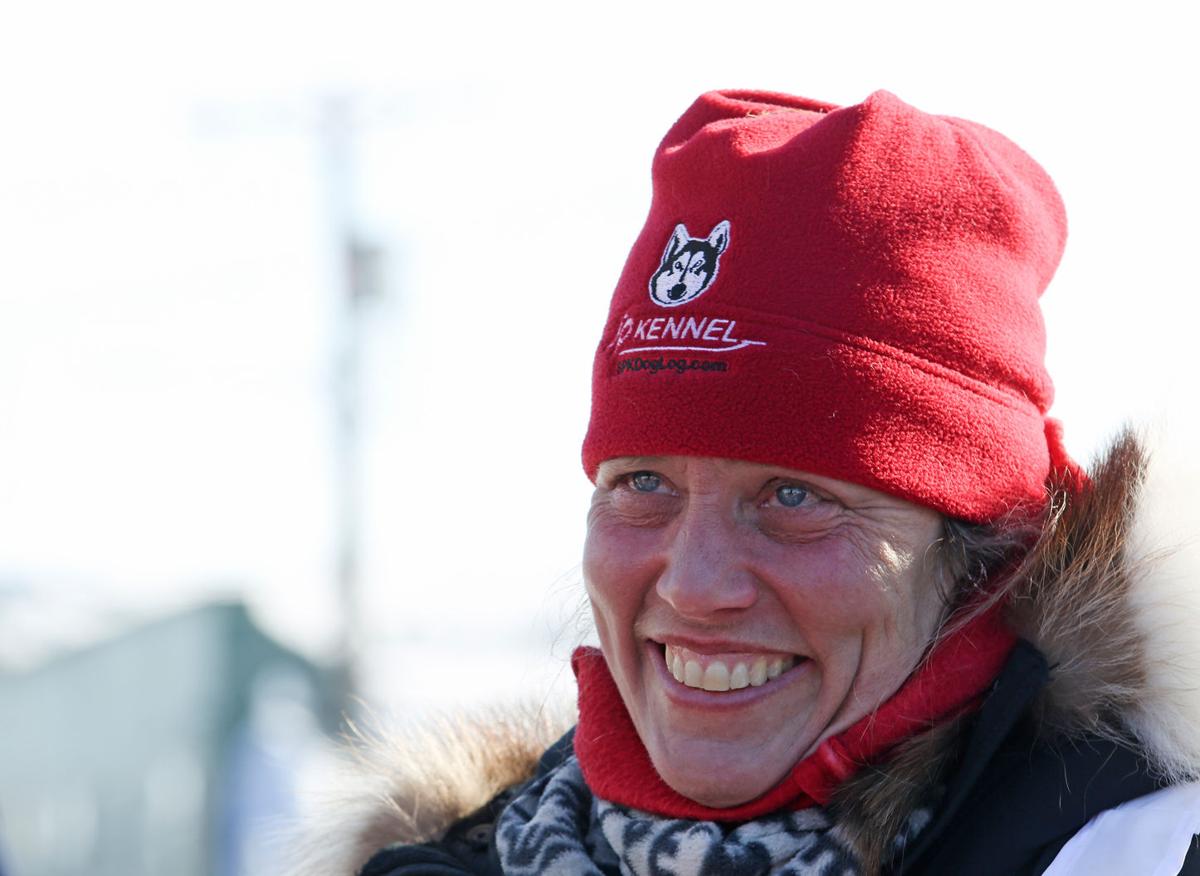 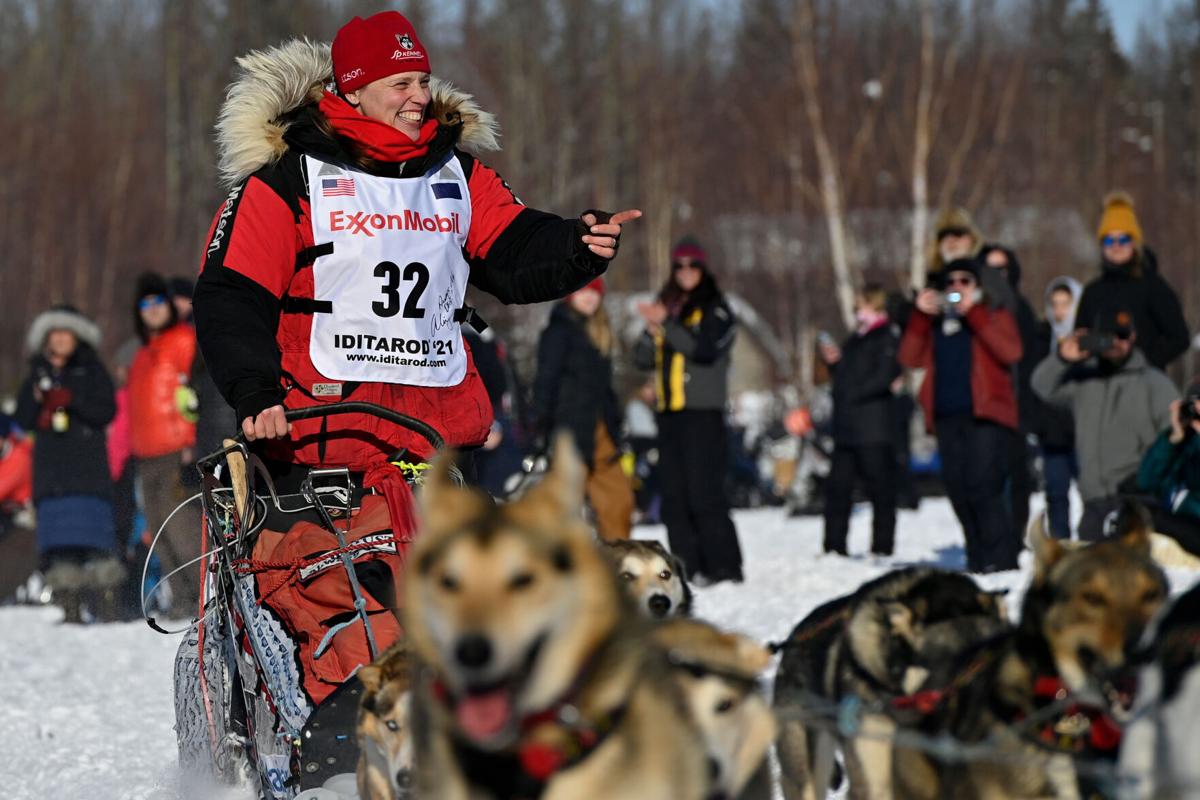 Two Rivers musher at the start of the 2021 Iditarod Trail Sled Dog Race at Deshka Landing on Sunday, March 7. Zirkle scratched from the race Monday after suffering a concussion and other injuries on the trail. Bill Roth/Anchorage Daily News 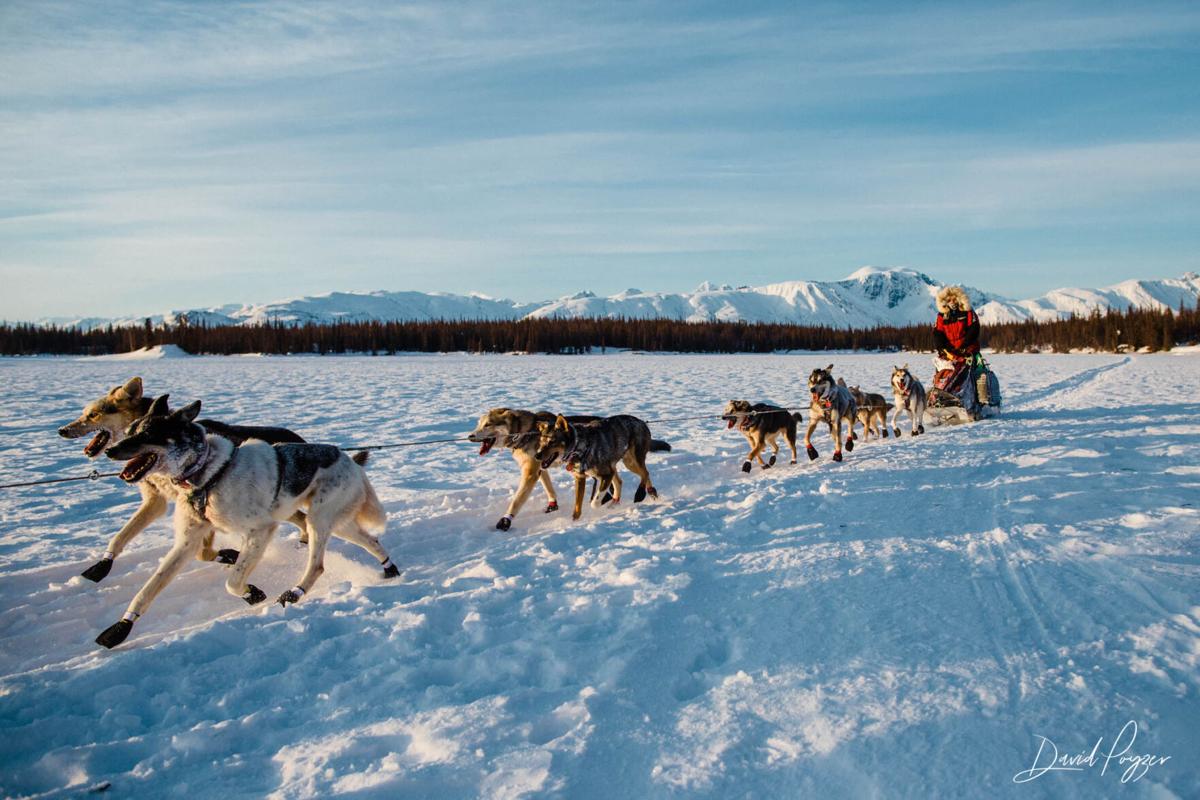 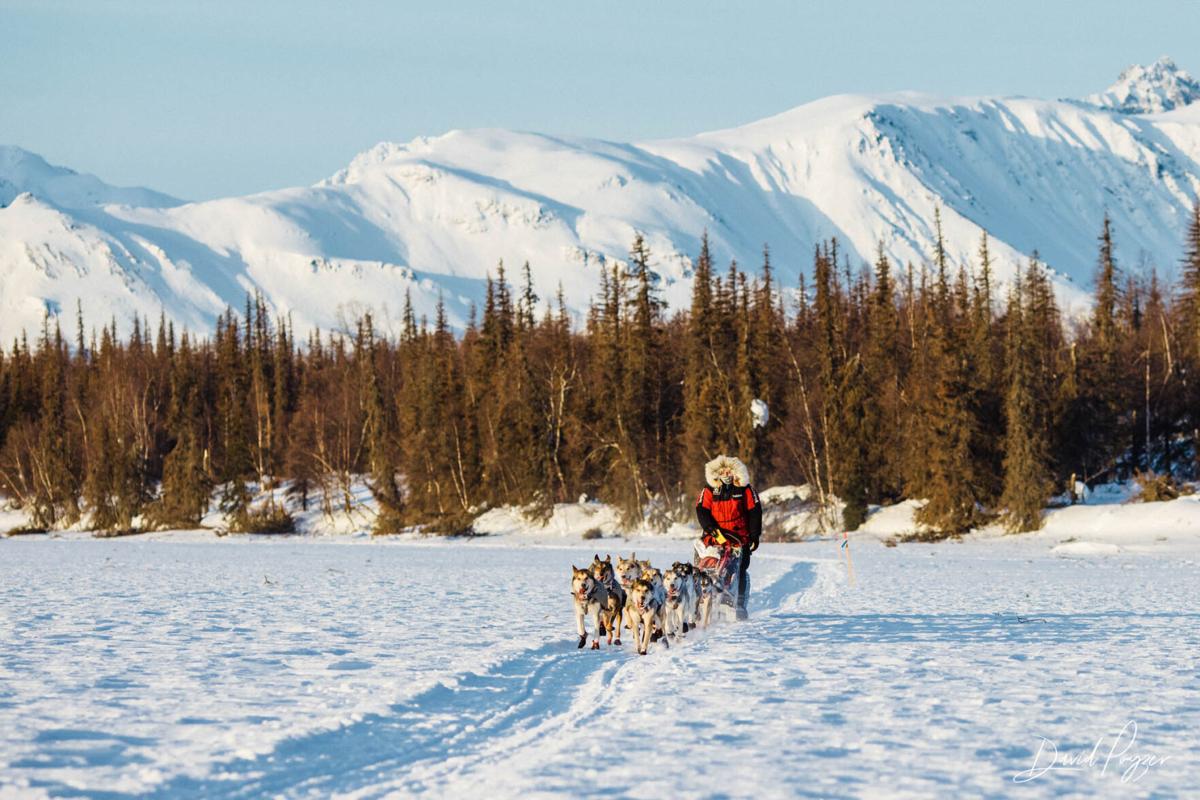 Two Rivers musher at the start of the 2021 Iditarod Trail Sled Dog Race at Deshka Landing on Sunday, March 7. Zirkle scratched from the race Monday after suffering a concussion and other injuries on the trail. Bill Roth/Anchorage Daily News

Only a couple of days into the 2021 Iditarod Trail Sled Dog Race, fans were shocked to hear that perennial contender and fan favorite Aliy Zirkle had been injured and airlifted to a hospital in Anchorage.

In the ensuing week, we've had a lot of people asking about Aliy, who has been recovering in her home in Two Rivers. On Monday, she posted an update on her kennel page:

It’s been one week since I crashed my dog sled about 5 miles out of the Rohn checkpoint on the Tatina River. My crash, and subsequent injuries, happened on an icy section of trail just past Dalzell Gorge. My sled flipped and I remember a very hard impact to my head, seeing black and then severe pain on my right arm and shoulder. Anna Berington was just behind me. I don’t know if she saw my fall. All I remember thinking was I had to get to Rohn. I couldn’t use my arm and I began vomiting.

I arrived at the Checkpoint and the Iditarod volunteers were a godsend. They took over the care of my dogs and me. That time is a bit hazy in my mind but I think I curled up on a bunk. I do remember there being a dog inside the cabin with me that veterinarians were caring for. I heard them talking about various medications, treatments and that they thought the dog might need to be medivaced. At some point, they told me a helicopter was coming to get me and then I thought maybe there hadn’t been a dog. But I think there was.

I was flown to Providence Hospital in Anchorage. Allen got there soon after. Honestly, I was drugged and dazed for about 48 hours, so it’s not all clear to me. I had scans, x-rays, an MRI. To my surprise, my head injury was more concerning than my shoulder/arm injury. I do not need any surgeries.

I’ve been home in Two Rivers since leaving the hospital. My head injury doesn’t react well to light or sound so I don’t do much. Allen has recited the Iditarod play by play to me. I haven’t looked at a computer or phone (that’s a lie…I couldn’t help but watch the live feed of Dallas and Aaron in Skwentna last night.) But on the plus side, I can walk and talk and I started eating better yesterday. I’d say I’m on the mend. I haven’t been outside yet. Hopefully soon.

Thank you all for your messages of love and support."

While Zirkle has been recovering in Two Rivers, mushers continued down the Gold Loop Trail, Iditarod's name for the approximately 848-mile out and back trail from Deshka Landing to Iditarod. Talkeetna musher Dallas Seavey won the race early Monday, his fifth victory, which tied him with Rick Swenson of Two Rivers who won his fifth Iditarod race in 1991. Veterans Aaron Burmeister and Brent Sass followed Seavey across the finish line.

In the two days since Seavey's win, another two dozen mushers have crossed the finish line. As of Tuesday afternoon, the back of the pack mushers had successfully crossed two of the more technical stretches of trail — between McGrath and Rainy Pass — and were resting in Rainy Pass on the south side of the Alaska Range.

Several mushers scratched, many of them because of sick dogs after a nasty virus spread through dog teams — a harsh, croupy cough, diarrhea and vomiting, which could lead to pneumonia. One musher said it was like the whole team had COVID, except the musher.

Mushers currently on the Iditarod trail will continue to make their way to Deshka Landing. The race finishes when the last musher crosses the finish line, claiming the “red lantern,” a longstanding Iditarod tradition and symbol of perseverance. The Iditarod awards banquet, traditionally held the Sunday following the champion’s finish will not be held this year, and trail award winners will receive their prizes at a later date.

Here is the finish order as of Tuesday afternoon. For more information visit Iditarod.com

Juneau, Alaska AEL&P is seeking an