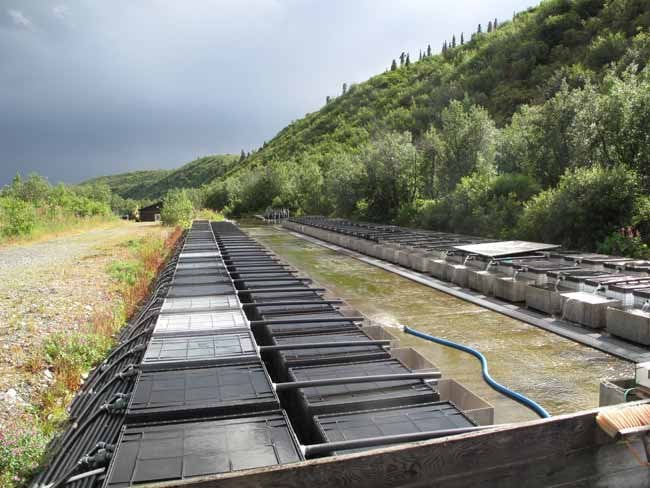 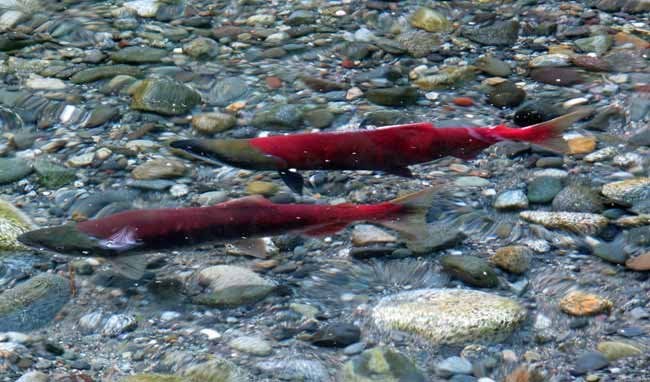 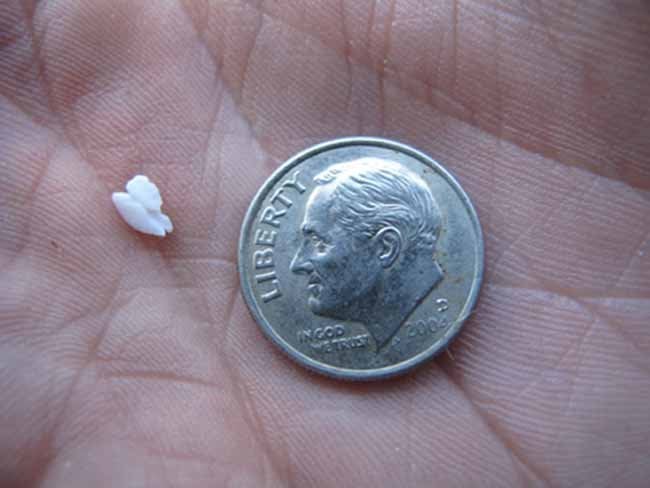 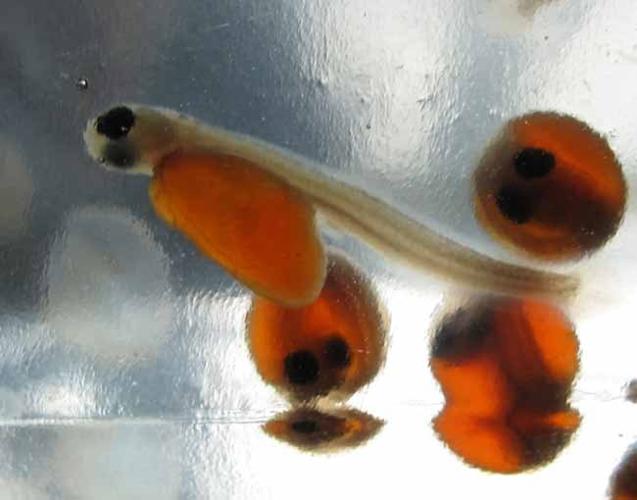 EAST FORK OF THE GULKANA RIVER — In early August, a few months before this mossy valley will feel the sting of 40-below air, bright red salmon dart through a crystal clear pool amid fragrant green vegetation. The Gulkana Hatchery has a “Garden-of-Eden” feel, which is fitting since millions of sockeye

“There are seven springs in the canyon,” says Gary Martinek, manager of this salmon hatchery just off the Richardson Highway between Summit and Paxson lakes. “From summer to winter the water temperature only varies 3 degrees. This water is the key to the hatchery.”

On most days of the summer, dozens of fishermen heading to the Copper River to scoop up salmon pass this cluster of small buildings tucked in a shallow valley, but few realize that many of the fish they will catch are born here. At the Gulkana Hatchery, a few people working for the Prince William Sound Aquaculture Corp. raise a brood of up to 35 million red salmon each year and release them into the Gulkana River system.

“It’s the largest sockeye hatchery in the world,” Martinek says. “Two-hundred and sixty miles from the ocean.”

Martinek, an employee here for more than three decades, has the exuberant tone of a proud father as he shows off long rows of more than 100 plastic fish totes filled with gravel and fertilized salmon eggs. The flowing springwater keeps the totes unfrozen on the coldest days of winter, allowing as many as 97 percent of those eggs to become young sockeye (red) salmon. In April and May, hatchery workers stock the tiny fish in Summit, Paxson and Crosswind lakes. They accomplish the first two transfers by truck and hose, the latter by airdrop of about 10 million fish from a small plane.

This seeding of the Gulkana River system with red salmon — born of the eggs and sperm of wild and hatchery salmon from the hatchery’s “egg-take pond” — enhances one of the richest fisheries in Alaska. Commercial fishermen take thousands of Copper River reds in the Gulf of Alaska, and personal-use and subsistence fishermen capture thousands more with dipnets and fishwheels. According to Steve Moffitt, an Alaska Department of Fish and Game biologist in Cordova, commercial fishermen have harvested about 500,000 Gulkana-hatchery-born red salmon from the open ocean in 2011. During the past 10 years, subsistence and personal-use fishermen have taken about 28,000 hatchery fish each year from the Copper River. By Moffitt’s estimate, about two out of every 10 dipnetted Copper River reds was born at the Gulkana Hatchery.

Even the most experienced fishery biologists can’t tell a red salmon born in the Gulkana Hatchery from one that has lived its entire five-year life in the wild. To sort out the fish, managers use a method born of years of trial and error — each Gulkana Hatchery fish has a bright band on its otolith bone that can be seen only with a sophisticated microscope.

An otolith is an inner ear bone found in salmon and other fish that develops a new layer each year. At other hatcheries, managers have marked salmon fry by gathering them in a tank and varying its water temperature, which leaves distinct marks on the fish’s otoliths. Because the Gulkana Hatchery is off the grid and runs on gravity-powered water, managers there decided that heating the springwater was impractical, and potentially dangerous (they envisioned what might happen if stored fuel oil leaked into the upper Gulkana). Instead, they mark every hatchery fish by holding it for 24 hours in a tank enriched with strontium chloride. A salt present in seawater, strontium chloride doesn’t harm the fish or the eater of the fish, yet leaves behind a mark on the otolith that shows that the fish was born in the Gulkana Hatchery.

Beginning in June, biologists with the Alaska Department of Fish and Game collect otoliths from fish caught in both the Gulf of Alaska and the Copper River. In a Cordova lab, they slice the bones — about the size of a grain of rice — mount them on slides, and send them to the University of Alaska Fairbanks. There, in a lab operated by Ken Severin, Miriam Braun uses a refrigerator-size electron microscope to tell whether the bone samples came from a fish born at the Gulkana Hatchery. Just a few days after the fish were caught, Braun relays the information to fishery managers in Cordova.

“It’s extremely useful,” said Krysta Williams, Fish and Game’s otolith lab supervisor in Cordova. “It ends up being one of the factors that influences management decisions in-season.”

Back at the Gulkana Hatchery, Martinek explains that red salmon emerge from more than 100 distinct spawning grounds along the Copper River system, but many of the fish enjoyed in restaurants in San Francisco and dining rooms throughout Alaska have their beginning in the verdant little valley that is home to the Gulkana Hatchery.

“We’re doing this to provide fish for everyone,” he says. “We want the fish to be caught.”

This column is provided as a public service by the Geophysical Institute, University of Alaska Fairbanks, in cooperation with the UAF research community. Ned Rozell is a science writer at the institute.

“A heart-shaped aurora, taken Jan. 18, 2023, at Taste of Alaska Lodge.” Thanks, Kyle Hasner of Fairbanks, for sending along this shot. You can submit your best photo online at newsminer.com. Kyle Hasner photo, Fairbanks

IBEW Local 1547 members are committed to getting the job done.

Do you excel at customer service and