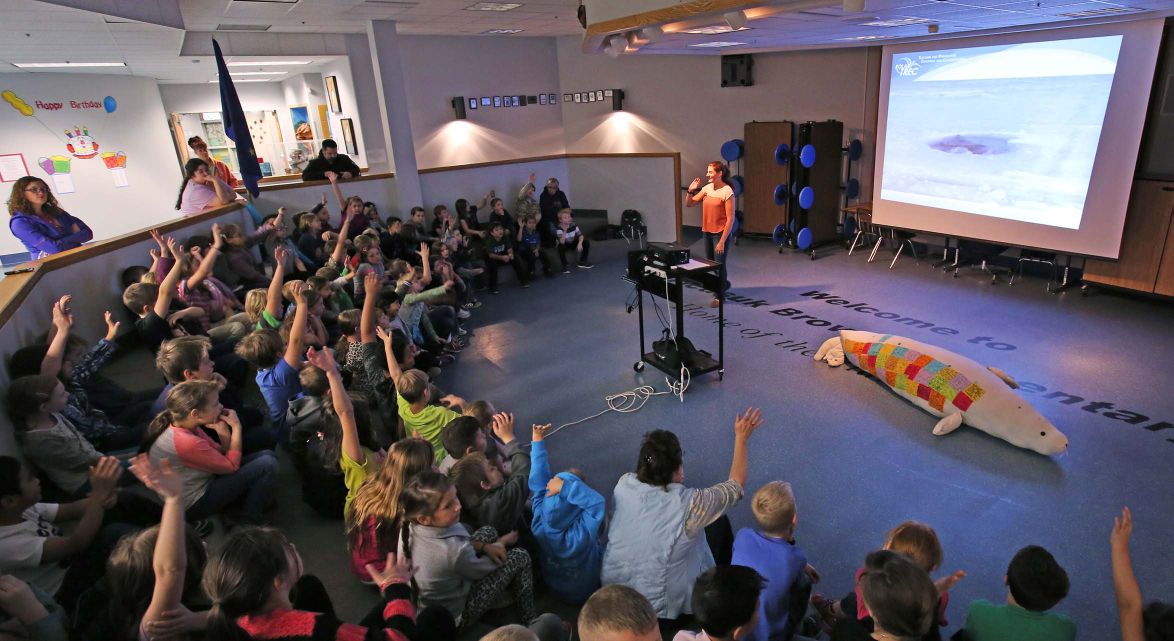 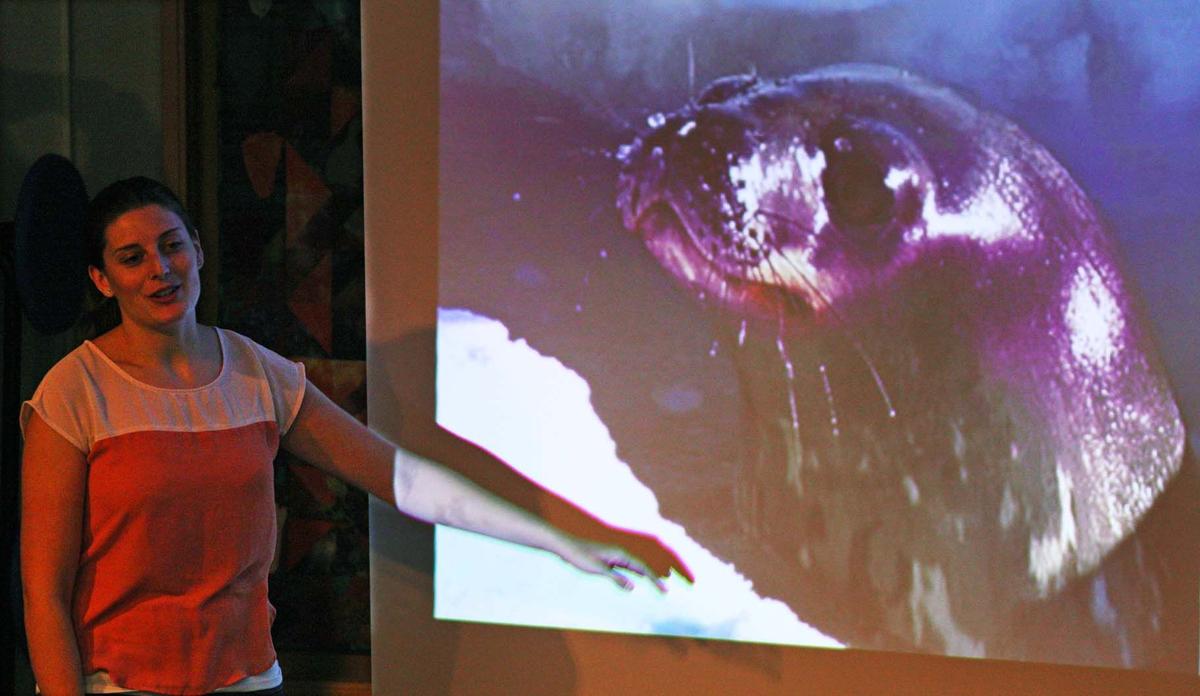 Roxanne Beltran has waded through hordes of Weddell seals on the ice sheets of Antarctica in the name of science, but recently she’s turned to wading through a different kind of horde — elementary school students.

Beltran, a Ph.D. candidate at the University of Alaska, spent much of the last two weeks in Fairbanks North Star Borough schools teaching students about the wonderful world of the Weddell seal. As a graduate student, she has studied the Weddell seals of the world’s coldest continent for several years — making trips to Antarctica on two separate occasions now.

Shortly after returning from her first visit to Antarctica in 2014, Beltran decided she wanted to begin sharing some of the knowledge and enthusiasm she had gained studying seals with the younger students of the 49th state.

Last year, instead of applying for and awaiting a grant, Beltran enlisted the help of fellow UA grad student and Antarctic researcher Amy Kirkham and dove straight into the icy, uncertain water.

“The whole process is a really funny learning experience,” Beltran said. “I have no formal teacher training.”

That first year, Beltran and Kirkham visited roughly 1,000 students. They brought pictures, videos and a life-size body pillow-esque replica of one of the actual seals they had worked with in Antarctica — a particularly small seal they named Little Red.

In her presentations, Beltran talks about the habitat, habits and life cycle of Weddell seals. She wants students to take something away from her talks, but she doesn’t necessarily care if its a specific detail of what it’s like to be a Weddell seal.

Eventually, Beltran and Kirkham were able to secure a $1,000 grant from the PADI Foundation that has helped them cover the travel and miscellaneous expenses they were previously paying out of pocket.

On Tuesday, Beltran stepped bravely into the midst of a pod of about 100 third-grade students at Ticasuk Brown Elementary School.

“I think there’s really a time in their lives when you have to inspire them and it’s really early ... so just for them to go away thinking, ‘This is cool. I want to do this when I grow up,’ that’s the absolute goal,” she said. “If they walk away knowing the different between a seal and a whale — fantastic, bonus points.”

Education research is increasingly showing the importance of intervening and inspiring students at a young age, and Beltran cites this, but she doesn’t need to, because she has known the importance of early inspiration since she was six years old.

“One of my family friends went to Antarctica and brought back one picture of the ice, and I was like, ‘I’m going there,’ and was just decided from early on,” Beltran said.

It’s that same spark from her own past Beltran hopes to ignite in the hearts of the kids she meets in schools.

“It’s just getting them a little bit excited, finding that fire inside them that you can light,” she said, “and once that fire is lit, let the teachers do the rest.”

For now, Beltran and Kirkham are done with their classroom visits for the school year. They leave for Antarctica at the beginning of November, in time to catch the start of the short southern summer. They plan to start the program back up next fall, though, to bring their message to the next litter of elementary pups.