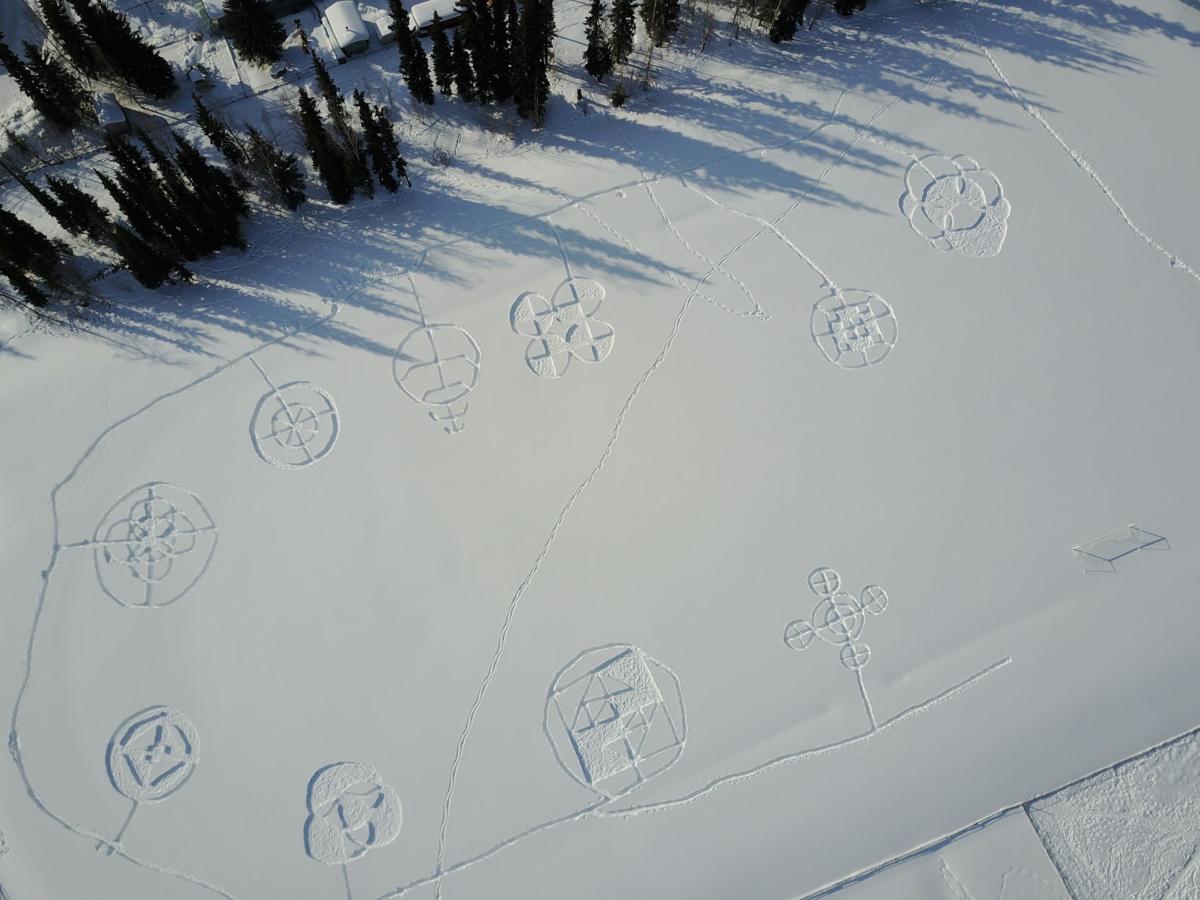 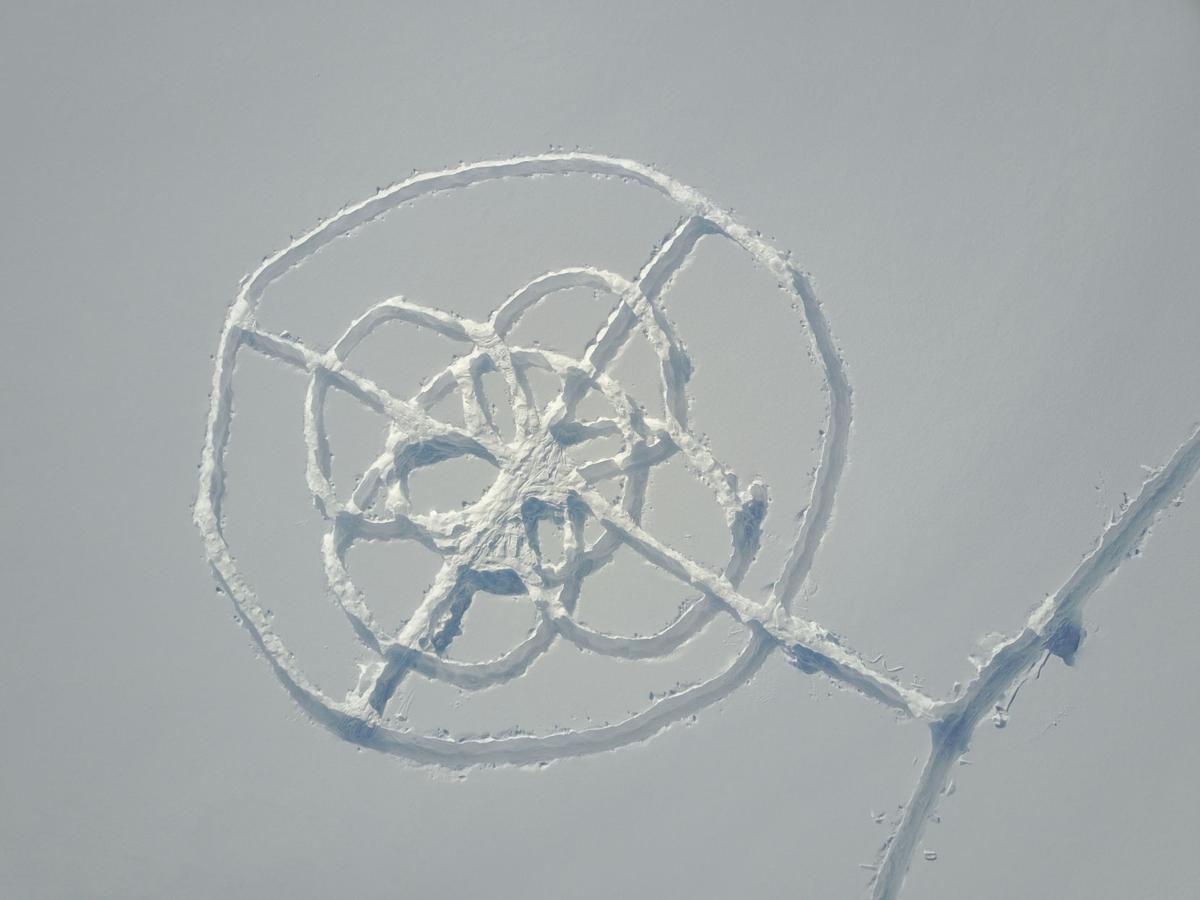 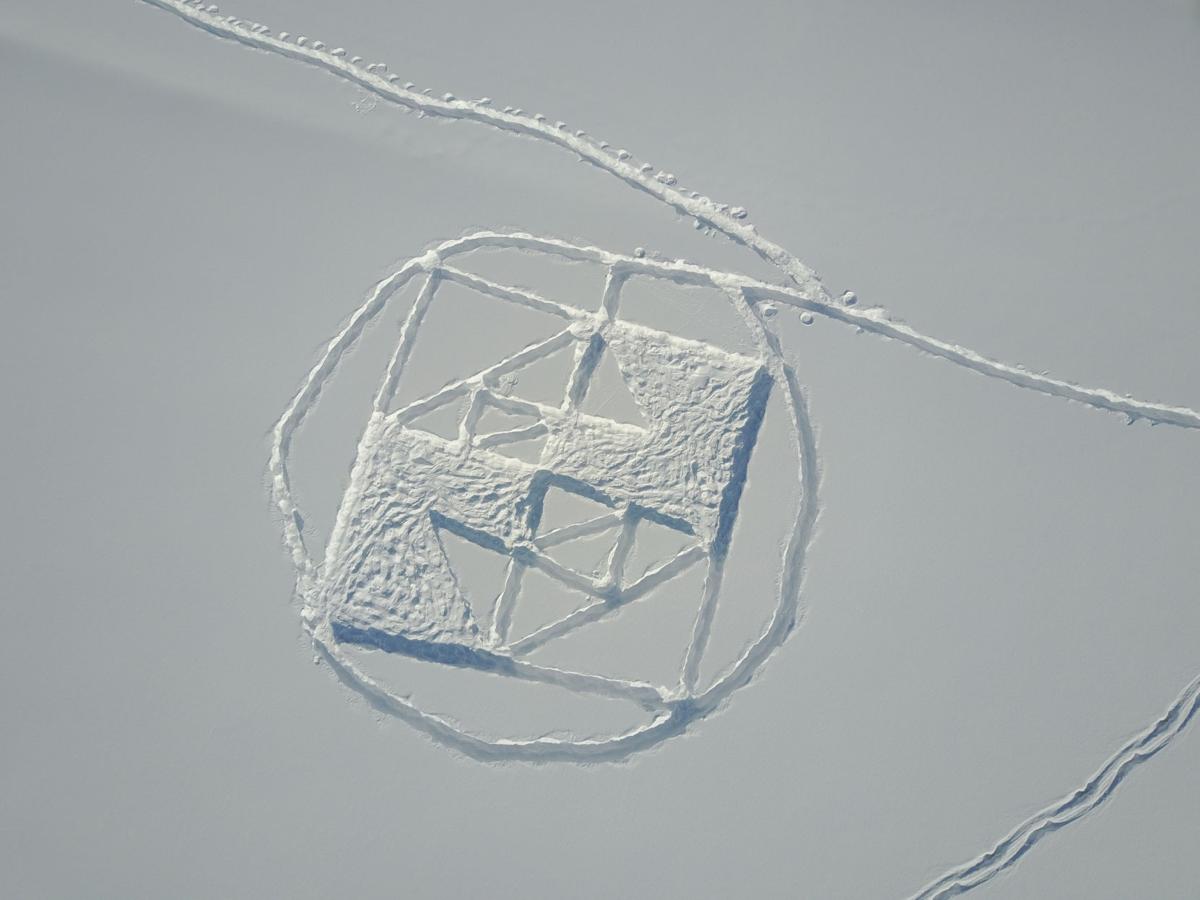 “We investigated crop circles earlier in the semester and had lengthy discussions about how they might make them. We don’t have wheat fields this time of year, but we do have a soccer field that will be filled with quite a bit of snow,” ELP teacher Chris Pastro said of their chosen canvas.

Each student designed a snow circle. The project integrated math and writing skills. Project requirements included calculating circumference and area for the designs. The students also reflected on the political, social, and economic world they live in and wrote a letter from the beings who created the snow circles to the humans in our area.

Each class voted on the three designs they thought they could complete in their allotted hour on the field. A difficult part of the project was to write step-by-step instructions, and using GPS was off-limits.

“Many of the students chose to become human compasses using ropes, measuring ropes to the appropriate lengths, and putting knots in the ropes for different parts of the circle,” said Pastro. “They made lots of measuring tools and it was great that some of them thought of templates that they could lay down for angles.”

The students also took out out other items that seemed useful, such as small snow shovels, trash cans, and hula hoops. After all the planning, teams of two to four students strapped on snow shoes, gathered up their improvised tools, and set out to execute their designs in snow four feet deep.

“We had two glorious afternoons. For some kids, it was the first time they had ever had a snow shoe on, so that was really interesting,” said Pastro. “It was definitely an exercise in problem solving, planning, communication, and working together as a team, and they became works of art.”

As satisfied as the students were with their work on the ground, Pastro said they were surprised and amazed when they saw the photos taken from the air. More images of the Randy Smith snow circles can be viewed on the Fairbanks North Star Borough School District Facebook page (@fsdk12).