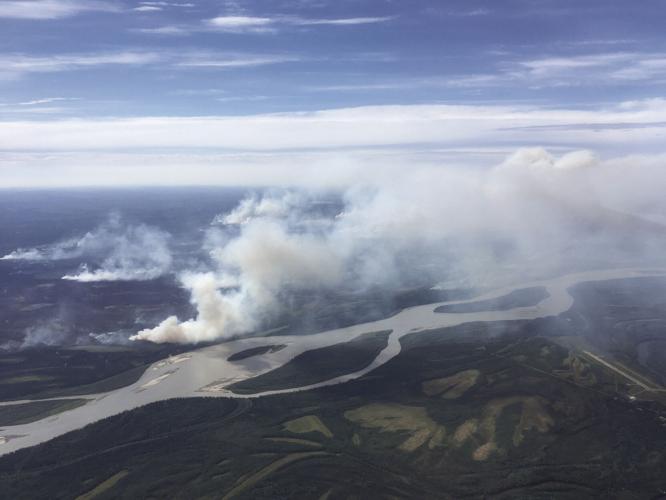 The Dry Creek Fire burns south of Manley Hot Springs near the Tanana River in 2021. The fire was photographed during a flight to acquire hyperspectral imagery of burned areas. Photo by Martin Stuefer/Alaska Climate Research Center 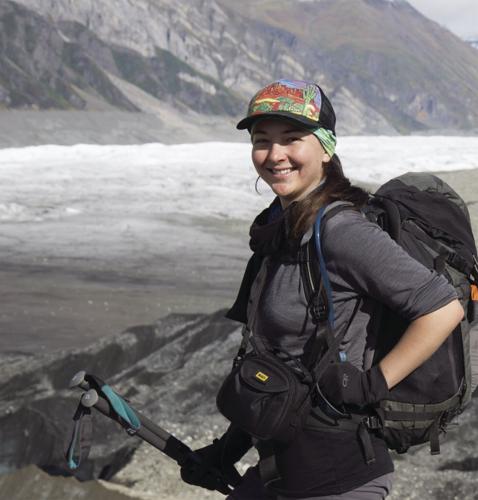 The Dry Creek Fire burns south of Manley Hot Springs near the Tanana River in 2021. The fire was photographed during a flight to acquire hyperspectral imagery of burned areas. Photo by Martin Stuefer/Alaska Climate Research Center

Note: This week, scientists from the University of Alaska Fairbanks are presenting their work alongside thousands of colleagues from around the world at the 2022 American Geophysical Union fall meeting. Some of their discoveries are featured here. You can also find out more about UAF at AGU by searching for #UAFxAGU on Twitter, Instagram and Facebook.

Alaska’s wildfire season is intensifying, and wildfire managers have called on science to help understand the changes and better prepare for what’s to come. In response, the University of Alaska Fairbanks’s Boreal Fires team is conducting a wealth of fire science research and developing predictions about the coming wildfire season.

Lightning strikes are the primary cause of large wildfires in Alaska. Graduate student Joshua Hostler looks at climate factors that affect lightning to predict the likelihoods of lightning across the state. Accurate forecasts for the fire season help wildfire managers plan and allocate critical fire suppression resources.

The six other presentations include Chris Waigl, on burn severity mapping of the 2019 McKinley Fire; Uma Bhatt, on the 2022 Alaska fire season; Anushree Badola, on vegetation mapping from satellite imagery; Jen Schmidt, on factors that increase the likelihood of a structure to burn in a wildfire; and Jen Delamere, on how the Joint Polar Satellite System provides critical resources to fire managers.

The Boreal Fires team is funded by the Alaska Established Program to Stimulate Competitive Research. The team is in its fifth and final year of a National Science Foundation grant. The team’s impressive research is being developed into resources that land managers can use in wildfire suppression and decision making and that can build community resilience to wildfire. This project collaborates with the Alaska Fire Science Consortium, which helps connect wildfire research and management.

More monitoring needed as oceans are considered for CO2 storage

As the need to address climate change becomes more desperate, many believe the world’s oceans may be able to help.

About a quarter of the world’s human-made carbon dioxide emissions are already absorbed in marine environments, and a rapidly emerging industry is counting on the potential for more. Ocean-based carbon dioxide removal ideas include planting vast fields of kelp, fertilizing the ocean with iron to boost plankton production, and even pumping alkaline solutions into the water to increase the oceans’ natural ability to absorb carbon.

“It’s not enough just to stop emissions,” said Natalie Monacci, a chemical oceanographer at the UAF College of Fisheries and Ocean Sciences. “We also need to remove the carbon dioxide from the atmosphere to reach our climate goals.”

Monacci, in a presentation at the American Geophysical Union’s fall meeting this week, argues that such efforts to store carbon dioxide in oceans should be accompanied by a robust monitoring program. Do those gases really stay in the water? For how long? How does that affect the marine environment?

The ability to do that testing already exists at laboratories like UAF’s Ocean Acidification Research Center, which can analyze carbon dioxide and pH levels in seawater. Monitoring, reporting and verification are crucial as groups consider new ways to pump atmospheric carbon into the oceans, Monacci said.

Monacci is a co-author of the global carbon budget, released last month at the United Nations Climate Change Conference. “The accounting is hard,” she said. “We need a lot of people to add up the numbers to determine if the removal plans do what they claim.”

Radar as a crop managing tool

Brazil’s Mato Grosso region is that nation’s leading producer of livestock and grains. It is also a region of extensive land cover change.

Brooke Kubby, a graduate student researcher at the UAF Geophysical Institute, has been researching how time series data from synthetic aperture radars can be used to map rapid expansion of agriculture in dynamically changing environments such as Mato Grosso.

“Radar is able to penetrate through clouds,” she said. “And since it’s active remote sensing, it interacts with land surfaces before returning to the sensor.”

Throughout the growing and harvesting season, agricultural areas experience changes in the moisture content and structure of the crops.

“In places with crops, many times they have clouds because they’re getting lots of rain,” she said. “And it can just be difficult to see what’s going on sometimes.”

Kubby used Sentinel-1 satellite data from 2016 through 2020 in her Mato Grosso research and found that time series data can provide timely updates on changes in cropland extent. The research, she believes, shows the potential to supplement existing crop mapping techniques elsewhere on the globe.