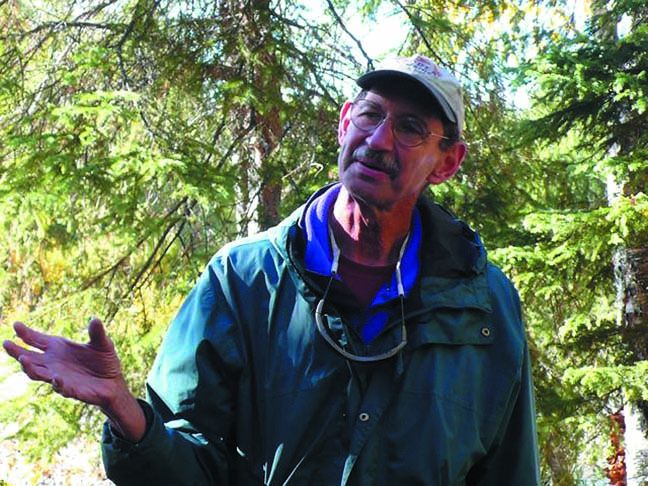 Frank Soos talks about his poem “The Blue Fish” placed in the Rose Hip Campground. Poems in Place 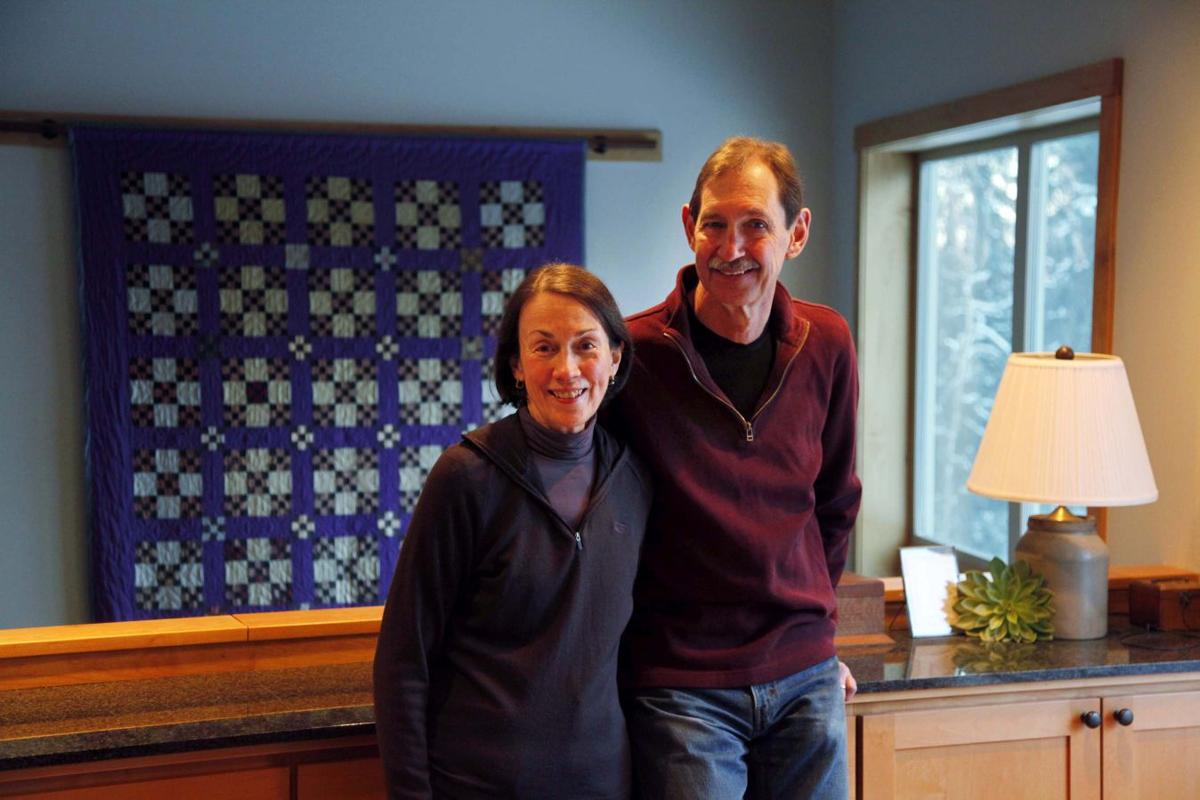 Margo Klass and Frank Soos pose in their house in the hills above Goldstream Valley. Klass and Soos recently received separate awards for their artistic accomplishments and merits — Soos as Alaska State Writer Laureate, a two-year position, and Klass received the state’s Individual Artist honoree. RobinWood/News-Miner

Frank Soos talks about his poem “The Blue Fish” placed in the Rose Hip Campground. Poems in Place

Margo Klass and Frank Soos pose in their house in the hills above Goldstream Valley. Klass and Soos recently received separate awards for their artistic accomplishments and merits — Soos as Alaska State Writer Laureate, a two-year position, and Klass received the state’s Individual Artist honoree. RobinWood/News-Miner

One of my best friends, Frank Soos of Fairbanks, died last week in a solo bike accident in Maine, where he spent his summers with his wife, Margo Klass.

I met Frank as a neighbor in the early 90s, but we also overlapped as professors at the University of Alaska Fairbanks, although he taught creative writing in the English department and I was in marine sciences.

Frank was renowned for his courses in creative nonfiction, which he continued to give after his retirement from UAF several years ago. He was awarded the 1998 Flannery O’Connor for his collection of short stories, “Unified Field Theory”, and was the Alaska Writer Laureate from 2014-2016, when he spent his time promoting other Alaska writers. His short stories and personal were quirky: some humorous, some poignant and some disturbing.

His devotion to teaching the art of the essay and his connections with student writers was celebrated by those who took his classes and his fellow writers. His students and mentees form an incredible list of Alaska writers: Sherry Simpson and Eva Saulitis (now both deceased), Clarice Dickess, Jennifer Brice, Barbara Hood, Carolyn Kremers, and Seth Kantner, to name just a few.

He and Margo collaborated on an exceptional project of small constructions by Margo and Frank’s short responses to them. This culminated in the book “Double Moon: Constructions and Conversations.” Margo’s incredible box constructions, made of random objects collected from who-knows-where, and Frank’s responses are alternately flippant, poignant, in-your-face, and ironic.

Frank was 6-foot, 6-inches tall, skinny as a rail, with huge ears, a cookie duster mustache, floppy hair and angular limbs. Sort of an Ichabod Crane guy with a baseball cap. He played basketball at Davidson University and continued his athletic endeavors in Fairbanks with his biking and cross country skiing. When he skied, his elbows were bent so much it made him look like T-Rex with ski poles and it was hard to believe that he could ski as fast as he did. He had many remote Alaska ventures, including multi-week backpacking, float and bike trips. He was an ardent participant in the Nordic Ski Club of Fairbanks, and for many years skied his age in kilometers as part of an event every year on the day after Christmas at Birch Hill. He often wrote about his thoughts while skiing, including an extraordinary personal essay on skiing at 20 below zero in Fairbanks. It echoes many of my sentiments.

Frank was also an activist, advocating for the environment in Alaska and beyond. His most recent essay on climate change and cross country skiing in Alaska was recently published in the Washington Post.

Frank was a soft-spoken guy, except for his laugh. He had the easy, slow drawl of a guy that grew up in a Pocahontas, Virginia, a small town located in a “holler,” as Frank had told me. He was modest about his own accomplishments, and was self-deprecating and introspective. His dry wit was incisive. His knowledge of the world of politics and pop culture was broad and deep. He could name and give anecdotes about the most obscure members of rock bands and sports teams. Dinners with Frank and Margo involved long discussions about personal and cultural issues. He often started discussions with “Musgrave, it’s like this ... ” with his hands in front of him like he was going to hand you a basketball, and his chin cocked to one side like he was trying to listen to his shoulder.

Frank touched many people and was at the center of a nexus of seemingly diverse groups and people. You can see some of those by searching on Facebook posts for Frank Soos, although Frank was never on Facebook. He didn’t need to be.

Frank was one of my best friends and confidants. I am still talking to him in my head about my various activities and life events. We shared a love of outdoor adventures in Alaska, biking, skiing, and discussions of politics and culture. Frank and his wife, Margo, took a particular interest in my son, Dylan, giving him books, including “Kidnapped,” and a pirate lunch box from his childhood, which Dylan still has. Frank officiated at my wedding to Sheri in 2008 at our new home near Hatcher Pass, where we still live.

I last saw Frank in Fairbanks about a month ago. We ski-walked to the top of Ester Dome with other SCUMS (Suzie’s Class of Untrainable Men) and had a pizza lunch. The list of things I thought I would have more time to do with Frank is long: having him sign his latest book of personal essays on his life and musings on current culture, “Unpleasantries: Considerations of Difficult Questions” (which truly brings up difficult questions), a long bike/camp tour, dinners with other friends from Fairbanks, introducing him to hiking in Hatcher Pass, meeting his brother, Moose, taking a writing class from Frank, and reading his book-length, non-fiction story about a basketball team in rural Virginia. The list goes on.

I am still trying to process that Frank will not be around anymore, and I know his wide network of friends and family will also feel the huge chasm that Frank’s death has cracked open. My heart goes out especially to his wife and my dear friend, Margo, his brother, Moose, and his best friend, Kes Woodward.

I’ve been thinking about what Frank would have written as an obituary. Well we have a hint, because he wrote about it in an essay on winter solstice in 2015.

“Tomorrow, the day you read this fellow writer, the Fairbanks day will be four seconds longer. In all our rushing around, we may fail to notice that little bit of new light. But it’ll be there.

Still, I find it difficult not to think on those I know and love who’ve been hit hard by events in their lives that make it hard to live as they might wish, or even to continue to live. Yet even at the worst times, we live, live as we’re able, live as only we can. ‘More light’: those were said to be Goethe’s last words. They needn’t be a valediction, though. Instead, let’s think of them as a wish for everything that can happen in the coming light.”

As Frank would have counseled us in his own words, “Musgrave, we’ll get through this.” But not without lots of tears.