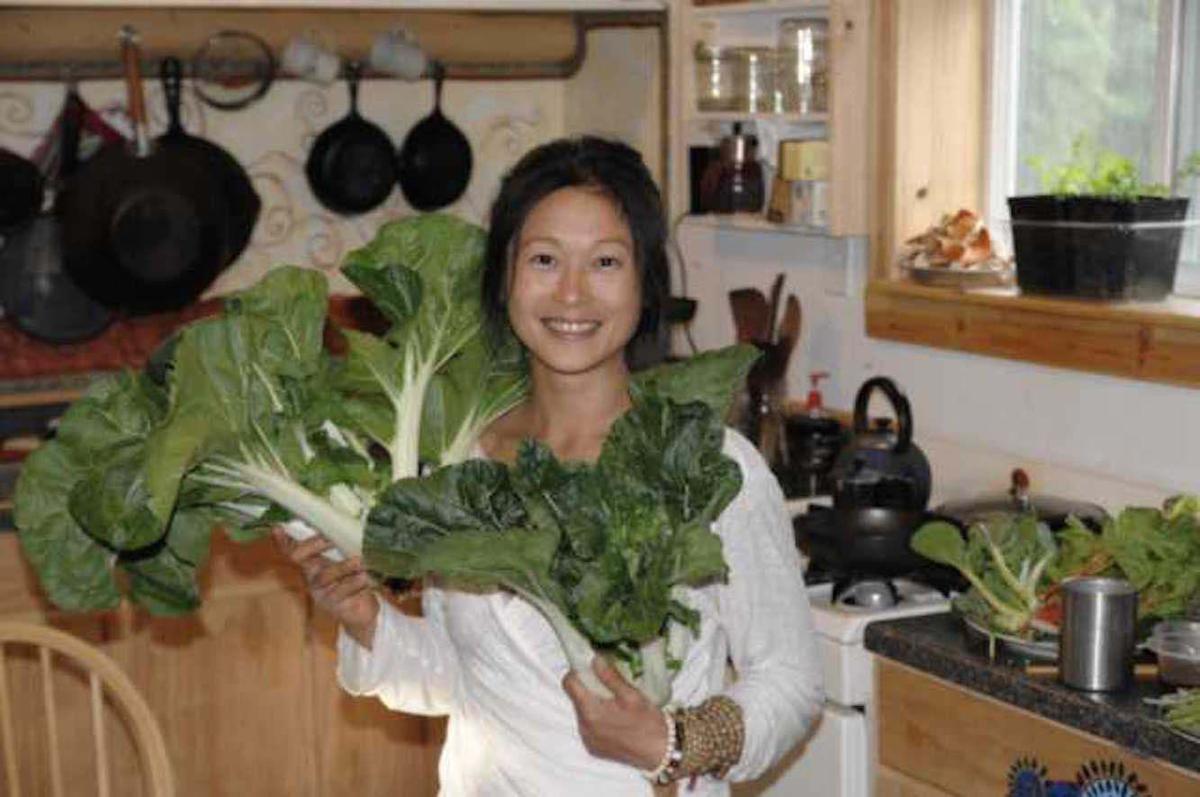 Linda Thai shows off some bok choy she grew at her home in Fairbanks. "I love growing the food of my ancestors here in Fairbanks," said Thai, who is Vietnamese by birth. 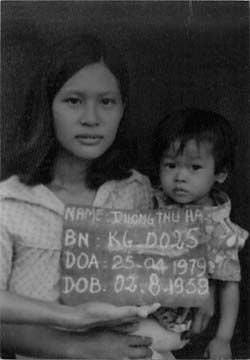 Linda Thai is seen as a toddler with her mom, Thai Duong Thu Ha, shortly after they arrived at a refugee camp in Malaysia in 1979 after they fled Vietnam.

Linda Thai shows off some bok choy she grew at her home in Fairbanks. "I love growing the food of my ancestors here in Fairbanks," said Thai, who is Vietnamese by birth.

Linda Thai is seen as a toddler with her mom, Thai Duong Thu Ha, shortly after they arrived at a refugee camp in Malaysia in 1979 after they fled Vietnam.

FAIRBANKS — Linda Thai was 2 when her family escaped Vietnam as Boat People in 1979. “My father was on the run from the communists,” she said. “He worked at his aunt’s gas station, so that made his aunt a capitalist. Because he managed the gas station, he was also a capitalist.”

One day her father came home and told Thai and her pregnant mother they were fleeing the country.

“We left on a small boat with 140 other people. We were at sea for a few days when pirates from Thailand raided the boat. Everyone was carrying all that they had. There was gold, there was cash. All the women were taken off the boat and onto the pirates’ boat. My mum, being 6 months pregnant, was spared that fate. I sat on the boat with her and my father and the other men and children, and we just waited. After some time the women were returned, and the boat motors were disabled and all our lights were disabled except one. The sails were also disabled. We just floated out at sea. Just a bunch of traumatized people on a boat.”

They drifted toward Bidong Island, Malaysia, where they hit a sandbar and began to sink. Her parents grabbed her and jumped into the stormy ocean, then swam for shore and walked to a UN refugee camp where further misfortune awaited.

“My father had an accident while cutting firewood and a tree fell on his head. He had a huge fracture in his skull. My mother was 19. My little sister had just been born, I was 21/2 years old, and the man (my mother) had an arranged marriage with getting operated on. I always look back at that point whenever I think life is hard, because that’s hard.”

Her father survived, and the family received asylum in Australia. “We landed in Tumut in the snowy mountains of Australia in September 1979,” she said.

After two years they moved to Melbourne. Thai’s parents found manufacturing jobs and much needed stability. “My parents were able to heal the wounds of their souls through routine, through certainty.”

Too young to remember her early traumas, Thai had different priorities. “I was wanting adventure, to do new things. My parents were wanting to do the same things every day. So I became something of a rebel and a misfit. We were raised by traumatized parents. They were emotionally unavailable to us.”

She sees the results in herself, her sister, and other children of the Vietnamese diaspora. “We have all the same symptomatology as adult children of alcoholics and addicts.”

After high school she attended college, earning bachelor’s degrees in Asian languages and international trade. She entered the professional world but was miserable. Then, “On a whim I decided to go to Alaska to volunteer and do conservation work with disadvantaged teenagers.”

She went to Yakutat in 2004. “I spent a whole summer living in the outdoors. I lived in a tent, showered once a week, sat in the dirt and was surrounded by nature. That helped heal a part of me. I fell in love with a different way of life and with just being.”

She also met her now-husband Caleb Wiseman. The two began a long distance relationship, alternating between Fairbanks where Wiseman was attending classes, and Melbourne, where Thai worked in the entertainment industry.

In the end she chose quiet. The couple bought land near Fairbanks in 2008 and built a cabin.

They don’t have a television or plumbing (“My parents said that even my relatives in the villages of Vietnam have running water,” she laughs). She took up gardening and improved her cooking skills.

Thai also started learning meditation and yoga, visiting ashrams and retreat centers for extended periods. This led to work teaching these practices to trauma and substance abuse victims through the Women’s and Children’s Center and Turning Point Counseling Services, as well as the public at Heart Stream Yoga.

Her work and personal research helped Thai make peace with her own childhood trauma and understand her parents’ struggles. She’s now pursuing a master’s in social work, planning on further serving her adopted community. Meanwhile, Wiseman found his own niche working in renewable energy. “For us it is the meaningful work that has caused us to establish roots here,” she says.

These days, Thai finds herself blending the cultures she’s absorbed. “I would do pho, which is the Vietnamese soup, but I would do caribou pho or moose pho. It was like an East meets West melange with redneck meets hippie. The Australian part of me was I didn’t realize I had such an attachment to vegemite until I was away from it.”

She also finds humor in her mixed background. “It’s been really curious just traveling around Alaska because people get really confused. I look Vietnamese but I speak with an Australian accent.”

Her family’s heritage maintains the strongest pull however. “In essence, I am Vietnamese. If something happened to my parents I would leave my life here and take care of them.”

As for her parents, they have visited Alaska and come to accept their wayward daughter. “You can’t argue with a happy person,” Thai says. “They see that for the first time in my life I’m actually happy.”

Thai credits her travels with helping her claim her identity. “To actually have the experience of immersing yourself in another culture so that you can connect to your own in a new way is part of what is so beautiful about being an immigrant.”

David A. James is a freelance writer from Fairbanks.