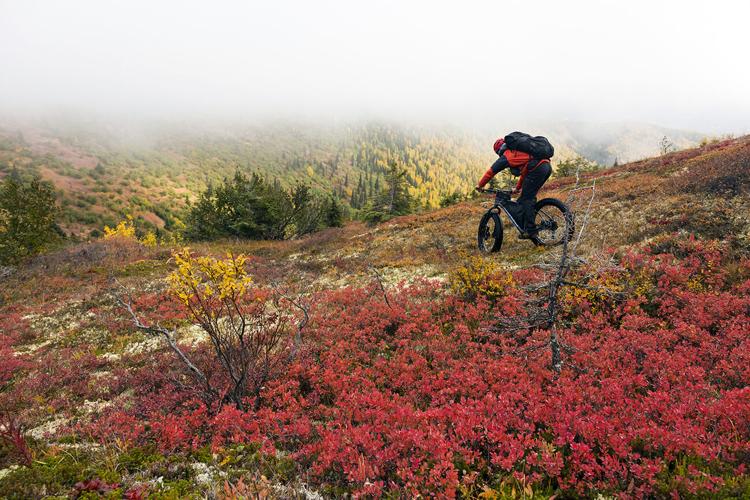 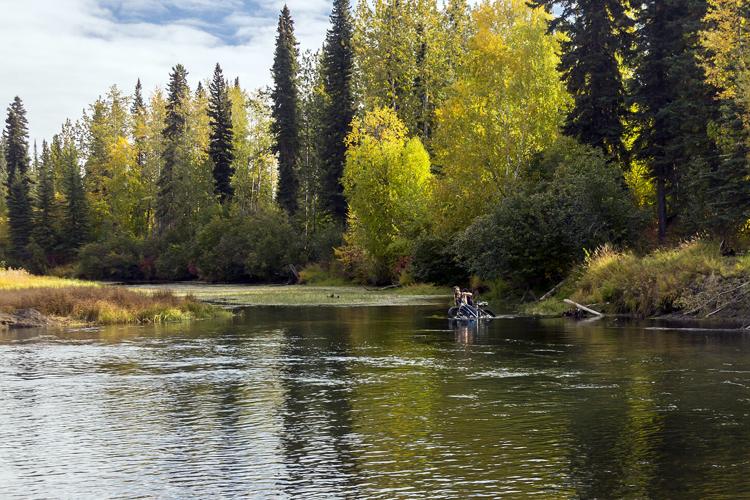 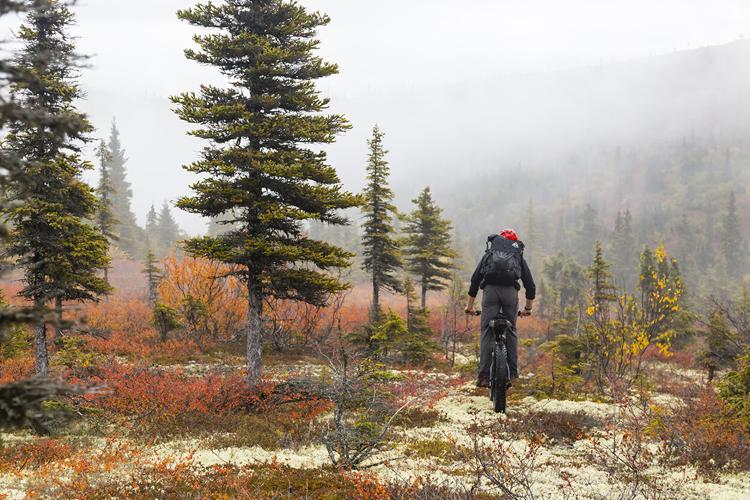 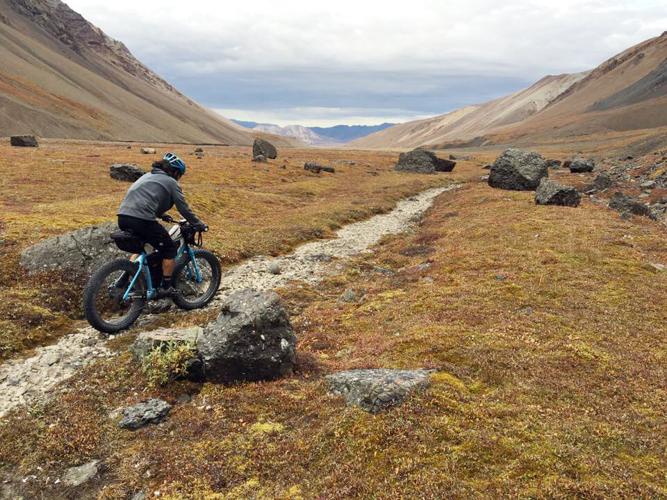 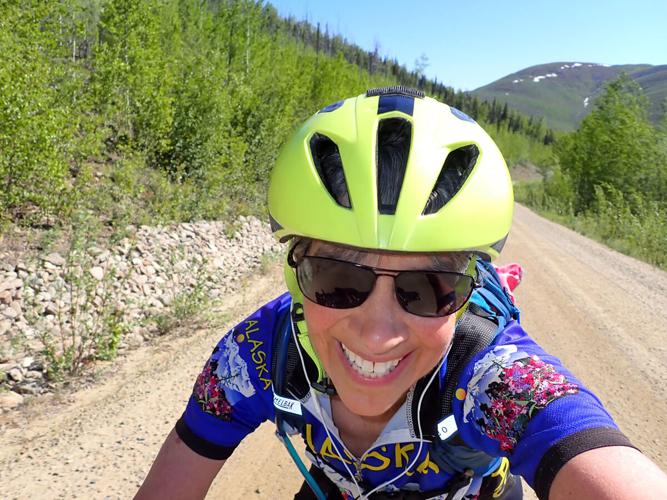 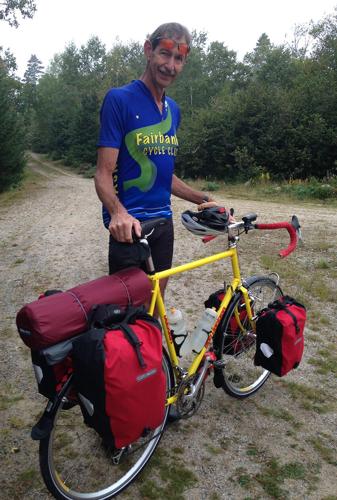 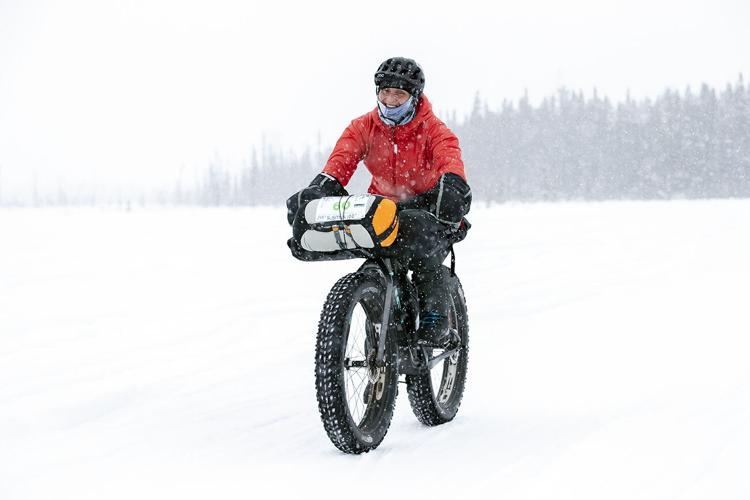 Rachael Kvapil braves the elements during the Susitna 100 in 2019.

Rachael Kvapil braves the elements during the Susitna 100 in 2019.

The first bicycles arrived in Alaska during the gold rush, hauled over Chilkoot Pass by stampeders who planned on using them for transportation upon arrival in Dawson City. It was there that Edward Jesson, a prospector and shopkeeper living along the Yukon River, purchased one after hearing that gold was being scooped from the beaches of Western Alaska and rode more than 1000 miles to Nome, mostly along the frozen Yukon River. A century later, riders would do similar things for fun.

In the 1980s, Jesson’s account of his journey caught the attention of historian Terrence Cole. A cyclist himself, Cole started digging into the archives, located four additional stories from early Alaska cyclists, and in 1985 published them in a small book called “Wheels on Ice: Bicycling in Alaska 1898-1908.”

That book holds “something of a cult status in Alaska,” Jessica Cherry said, adding that today it is “nearly unobtainable.” Seeking to bring it back into print, Cherry and the late Frank Soos went to work a few years ago on creating a greatly expanded version.

“The basic idea was, we wanted to do a reprint, but it was going to be a tiny book,” said Cherry, a climate scientist and former Fairbanks resident now living in Anchorage. They needed more material, so Cherry and Soos decided to take the original pieces Cole had gathered (ultimately only three were used), combine them with essays about riding in Alaska in the 1980s and 90s, and solicit present day cycling stories from Alaskans who are both riders and writers.

Retitled “Wheels on Ice: Stories of Cycling in Alaska,” the new book has just been published by University of Nebraska Press. Friday at 7 p.m. there will be readings from it and a panel discussion at Bear Gallery in Pioneer Park. Three Fairbanks residents who were contributors, Rachael Kvapil, Eric Troyer and Corinne Leistikow, will read from their selections. Cherry will moderate the discussion. Soos’ wife, artist Margo Klass, and Cole’s twin brother, journalist Dermot Cole, will also offer words.

Both Soos and Cole passed away prior to publication. Co-editor Soos, a beloved creative writing professor at the University of Alaska Fairbanks and serious road biker, was killed in a solo cycling accident in Maine in August of 2021. Klass recalled that cycling was important to him for both physical and mental exercise. “That’s where he found his peace, his solitude.” She said. “He would say he found ideas while biking, he did his best thinking while biking. So it meant a lot.”

The same was true of Cole, his brother Dermott said by email. “He was a daily bike commuter for many years in Fairbanks from McGrath Road to UAF in all kinds of weather. He believed in good bike lights, as bright as possible, and bright green bike jackets. He had a road bike, mountain bike and a fat-tire bike for snow. He rode the mountain bike most of the time.”

Dermot Cole said, “The Gold Rush bike stories really interested [Terrence] and he researched the history of biking and ‘wheelmen,’ studying the growth of the early biking boom in the U.S. and abroad. When we went through his vast library we found about 30-40 books about the history and development of bicycles, a subject that fascinated him for his entire life.”

Terrence Cole was still alive when Cherry and Soos commenced work on revising and republishing his book (he succumbed to cancer in December 2020). They obtained Cole’s archives on the topic, and these included a storehouse of clippings and historical writings about cycling in Alaska.

“Then we decided we wanted contemporary pieces, so we put out a call,” Cherry said. “Kind of word-of-mouth and some old fashioned posters and a little bit of social media to get the word out. That was in the Covid era and those trickled in and it was clearly enough for a nice anthology.”

When asked to contribute, “I said yes immediately, because it sounded fun,” Troyer, who was Soos’ friend and neighbor, said. For a number of years Troyer had wanted to write about a mountain bike ride he proposed and led one summer that resulted in participants pushing bikes through a swamp for hours. He’ll be reading from “A Positively Memorable Mountain Bike Ride(ish),” his recollection of the event, which is humorous in retrospect but wasn’t at the time. “It was an adventure that kind of wrote itself like a story. I had a really good time writing it.”

Troyer’s wife, Corrine Leistikow, discusses distance riding and why she is drawn to it in her essay about cycling the Denali Highway. Like her husband, she said, “I knew I wanted to submit an essay. I love riding my bike long distances and I enjoy writing about my adventures.” She added, “I’m happy I get to share my story ‘Going Long, Going Solo’ alongside better known biking legends like Jeff Oatley and and Lael Wilcox.”

Kvapil is another distance rider, but at the time she heard the call for submissions, she was just emerging from a period of having lost her motivation to ride. The essay she’ll be reading from, “When There’s No One Left to Fight,” explores her Type A personality. Kvapil finds an analogy between extreme riding and working through depression when she recalls being engulfed in fog on a frigid day, nearing the end of a trail and wanting to be done. “Even though I can hear the cars, see the railroad,” she said of that ride, “it feels like I’m never going to reach the end. How do you get over that? You just have to go through it.”

Kvapil said Cherry and Soos both immediately caught the analogy, something others have missed. She, Troyer, and Leistikow were full of praise for Soos. Leistikow said he “was both a friend and a neighbor” who “graciously worked with me to help improve my essay.”

That sort of collaboration, Klass said, is what Soos’ life was devoted to. “He was my favorite collaborator personally. But he collaborated with so many people. He was mentor to many students, and that’s a time-honored form of collaboration.”

“I had had the opportunity to take some of Frank’s writing classes, and take Terrence Cole’s literature of polar exploration, which was a lot of fun, and a lot of chaos. So I knew both Terrence and Frank,” said Cherry of her collaborators, who she knew as mentors and friends. Though both were lost before the book reached publication, she feels they “would have been proud of the final product and proud that we got it over the finish line.”

“It combines two things perfectly. It combines his love of biking and love of writing,” Klass said of the project her husband had been instrumental in bringing to press. “The finishing touches were put on by Jessie, and she did it beautifully, and it came to life. And that’s wonderful.”

The readings from and discussion of “Wheels on Ice” will take place at 7 p.m. Friday, Dec. 16, at Bear Gallery in Pioneer Park.

Disclosure: Author David James has an essay in the book. Contributors were given free copies as compensation but are not receiving royalties, and he will receive no financial gain from sales of the book.