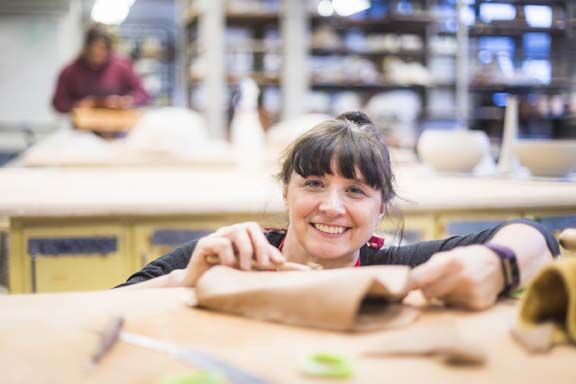 Olena Ellis' work is on display this month at Bear Gallery in Pioneer Park. 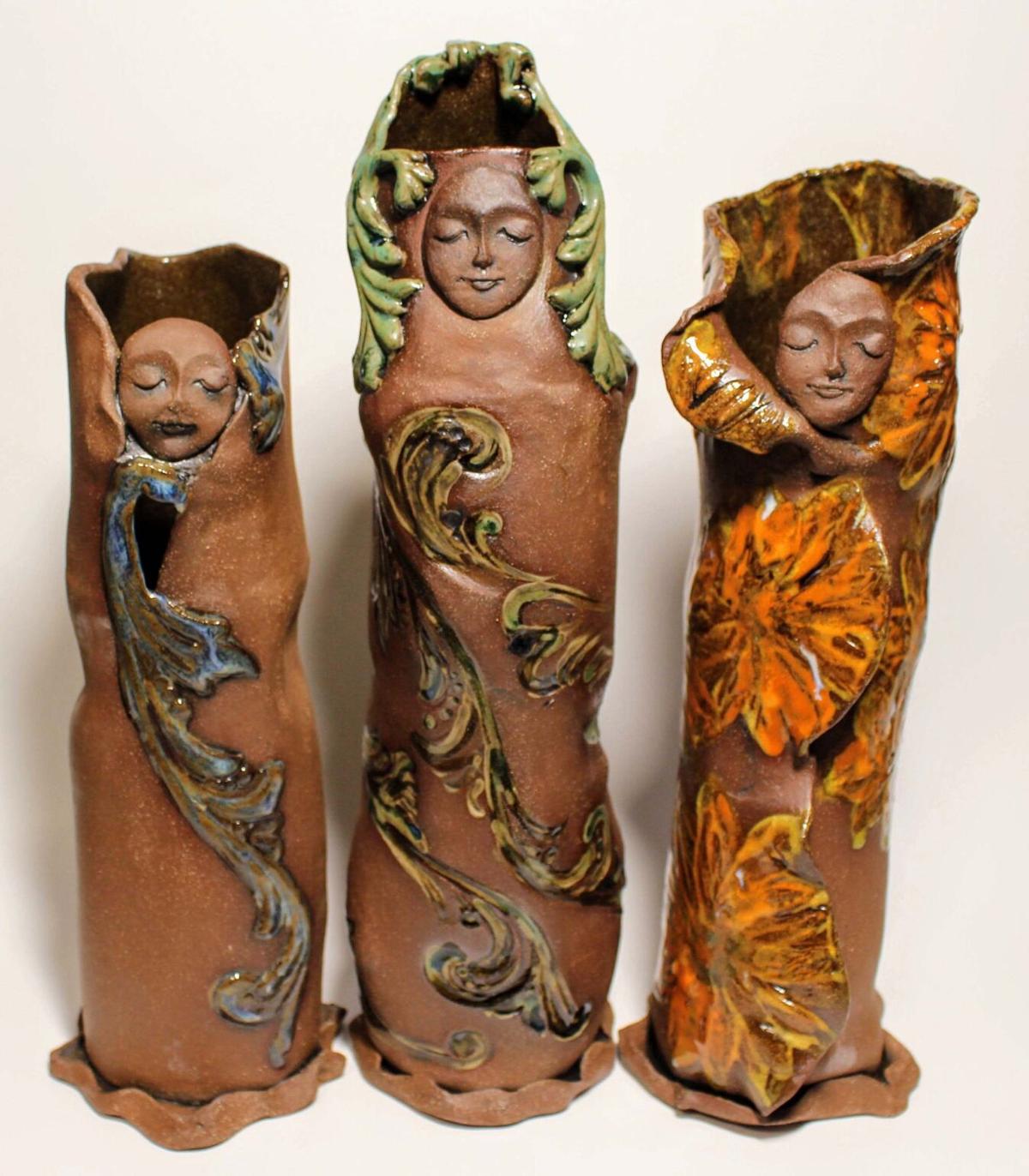 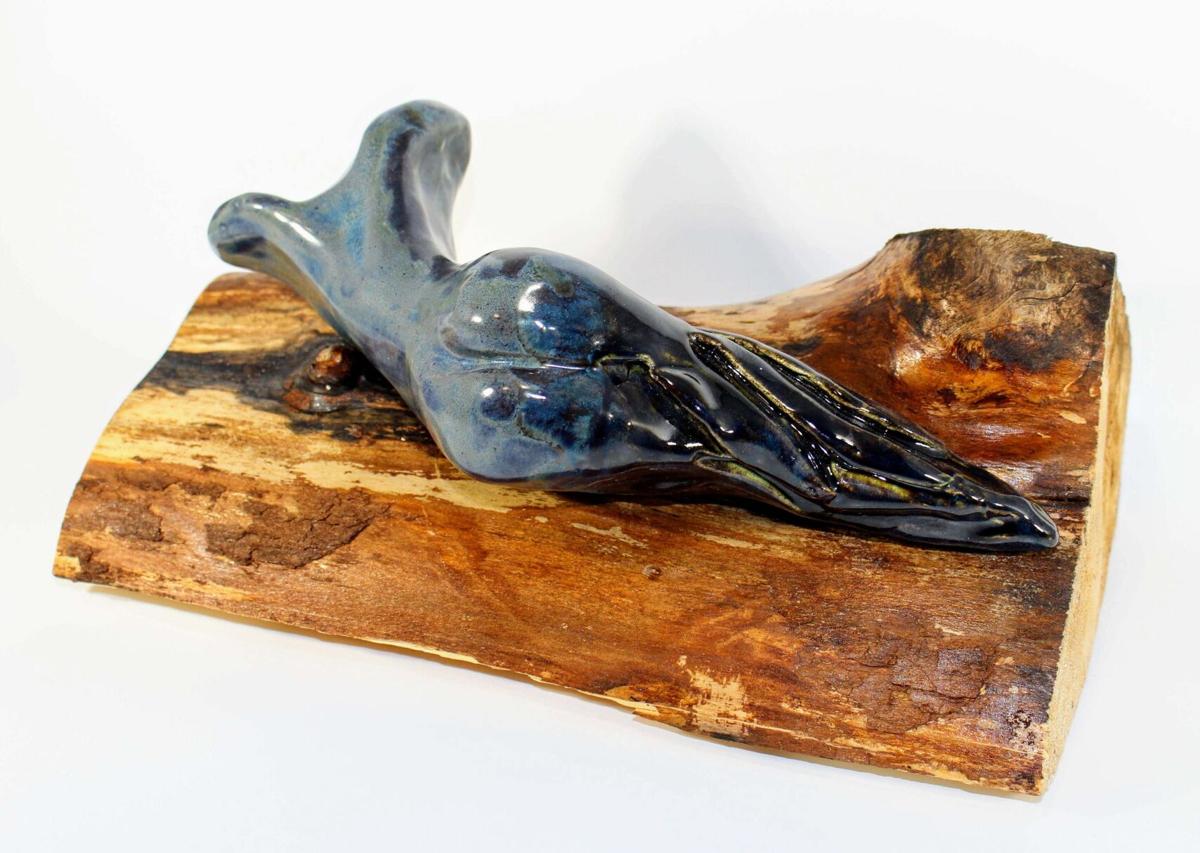 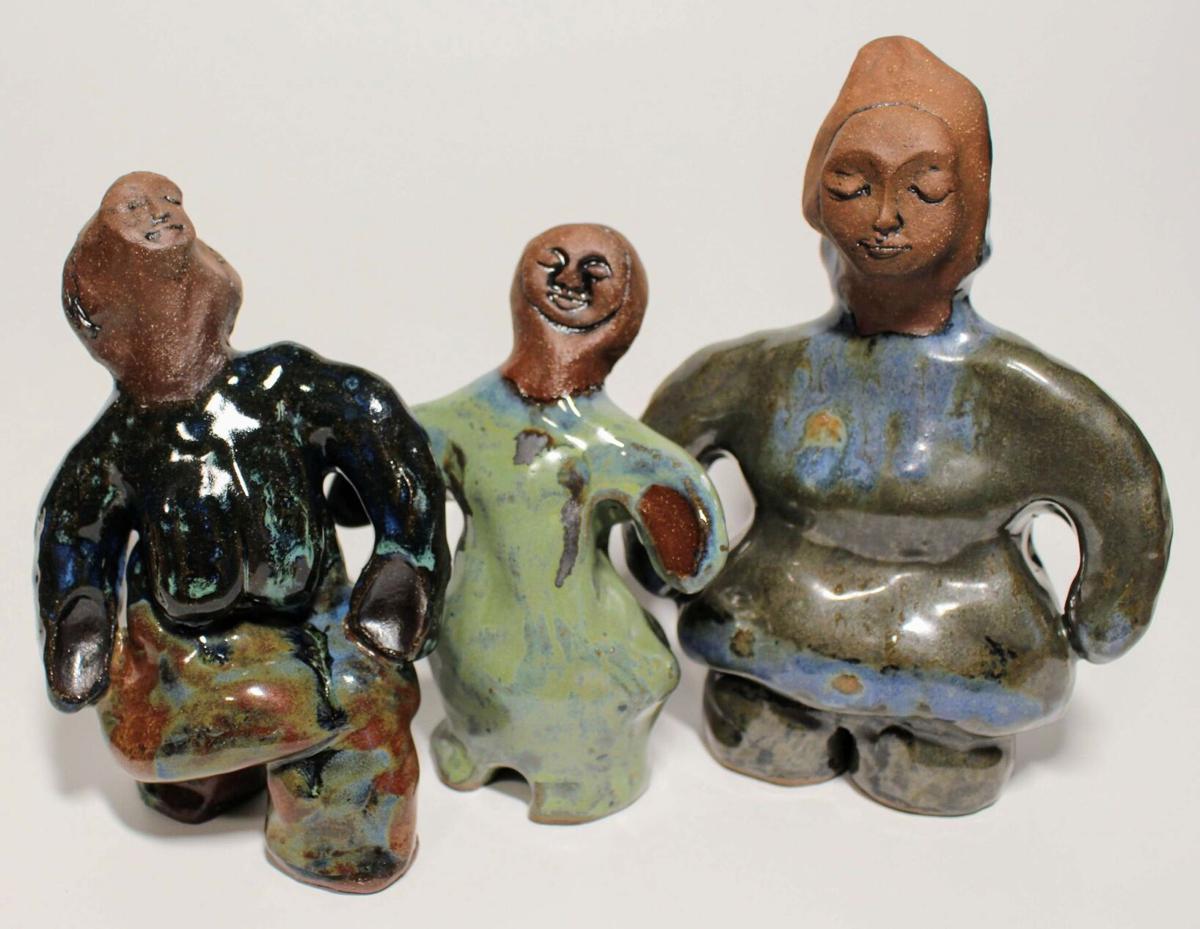 Olena Ellis' work is on display this month at Bear Gallery in Pioneer Park.

“I work very much from my heart, very intuitively. I think when I’m working in art, it’s about my life. It’s about talking about the tough subjects,” Olena Ellis said. “If we’re just making art to make art, that’s cool, it’s just not what I can do.”

For Ellis, who works in ceramics, that approach has led her to explore aspects of feminine identity and gender roles in her current show, “OMGoddess!,” which is at Bear Gallery in Pioneer Park through this month. The show presents goddess figurines and vases as a means of exploring the myriad ways women encounter the world, the messages they receive from the wider culture, and how to respond to them.

The idea began unintentionally with a single piece called “Shocking Blue.” Ellis created what she felt was the ideal goddess figure, then realized that very few women could attain that body image. This prompted her to use goddesses to examine the true place of women in society and where she hopes they will see themselves going.

“The simplicity of the goddess figure, there’s something I love about it,” she said, explaining that it was while studying for her Bachelor’s in Fine Arts at the University of Alaska that she became fascinated by goddesses and their representation in neolithic art. Ellis explored cultural and family messages to see what women are told is expected of them as opposed to the realities of being women.

Ellis described herself as the type of person who stays constantly busy, both at work and at home. But when the lockdown hit last spring, she suddenly had time on her hands, and that’s when the pieces in this show began to take form and the theme developed. “When you’re that busy you’re not getting to know who you really are,” she said. “There’s a sense of numbness when you’re doing that. So with COVID there was no schedule. I was home working. There was nothing to distract me. I couldn’t get away from myself. So it was a deep dive.”

Ellis’s road to Fairbanks and ceramics was lengthy. She grew up in Maine in a family descended from original settlers, but her parents moved often. “I went to 13 schools before I graduated as a junior,” she recalled. After high school she worked as a paralegal, got married, and raised four children. Fourteen years ago the family moved to Wasilla because, “My husband always wanted to live here.”

In 2013, her husband Rex took a job in Fairbanks specifically so she could fulfill her dream of earning a degree. Ellis enrolled at UAF where, “I was going to get a psychology/business degree with art, and do art therapy. I ended up walking into the ceramics studio and never leaving, and changing my major. I just loved it. It was like, I’m home. The first time I was in the studio.”

While still in school, Ellis was granted a residency at the prestigious Beatrice Wood Center in Ojai, California, in 2017. Wood was a famed ceramicist and pioneer in both art and feminine independence. She lived to 105, pursuing her calling to her last day. “I got to throw on her wheel that she used,” Ellis enthused. “I made art with her tools at her desk. I got to use her glaze. It was an amazing experience. And they’ve continued to support me. They’ve been awesome.”

Ellis earned her fine arts degree in 2018. “My BFA thesis was called ‘Do You Count?’ and it was based on domestic violence,” she said. At her show on campus, she donated her earnings to the Interior Alaska Center for Nonviolent Living. When a student group visited, one young boy said he and his mother had stayed at the shelter, which prompted other children to tell him he was loved. For Ellis, this was the signal that her work could open doors. “That kid hearing from his friends that he’s OK, that created a conversation,” she said. “If it’s one person that feels affected by it, that’s worth it to me.”

Ellis seeks to launch such conversations with her work. One piece from the current show, “Serenity,” speaks to gender fluidity, which she encountered through someone close to her. It “doesn’t look obviously female,” she said. “I’m looking at all these messages women get, and then you have a gender fluid person.”

She’s pondered where solid ground would be for the person in the body of one gender, feeling they belong to the other, and receiving messages about both male and female identities.

So she depicted the image wrapped in a blanket to convey that “They’re still OK. Everything’s there. It’s being able to find those things inside that you already have.”

Another figurine, “There is no Ceiling” conveys a message that especially resonates now, when America has it’s first woman vice president. “That piece is about not feeling limited,” she said. “We limit ourselves when we listen to these messages.”

One vase, “Shallow Roots,” was made from five different clays, which symbolizes for her rootless childhood. The mixture of coiled clays shouldn’t hold together, she said, but it did.

While her work focuses on women’s identities, she doesn’t consider it specifically feminist in nature. “I would call it being human,” she said. “It’s not one against the other, and that’s what I’m seeing now. It’s not OK, not seeing each other as humans.”

Humanity, both for her and others, is the driving theme in all of her work, she concluded, explaining that her words for others are the same words she lives by. “Be authentic and be who you are.”

Olena Ellis’s show “OMGoddess!” is on display at Bear Gallery in the Centennial Center at Pioneer Park through Feb. 26. Hours are Monday through Friday, noon to 6 p.m. Her website is www.olenaellis.com.