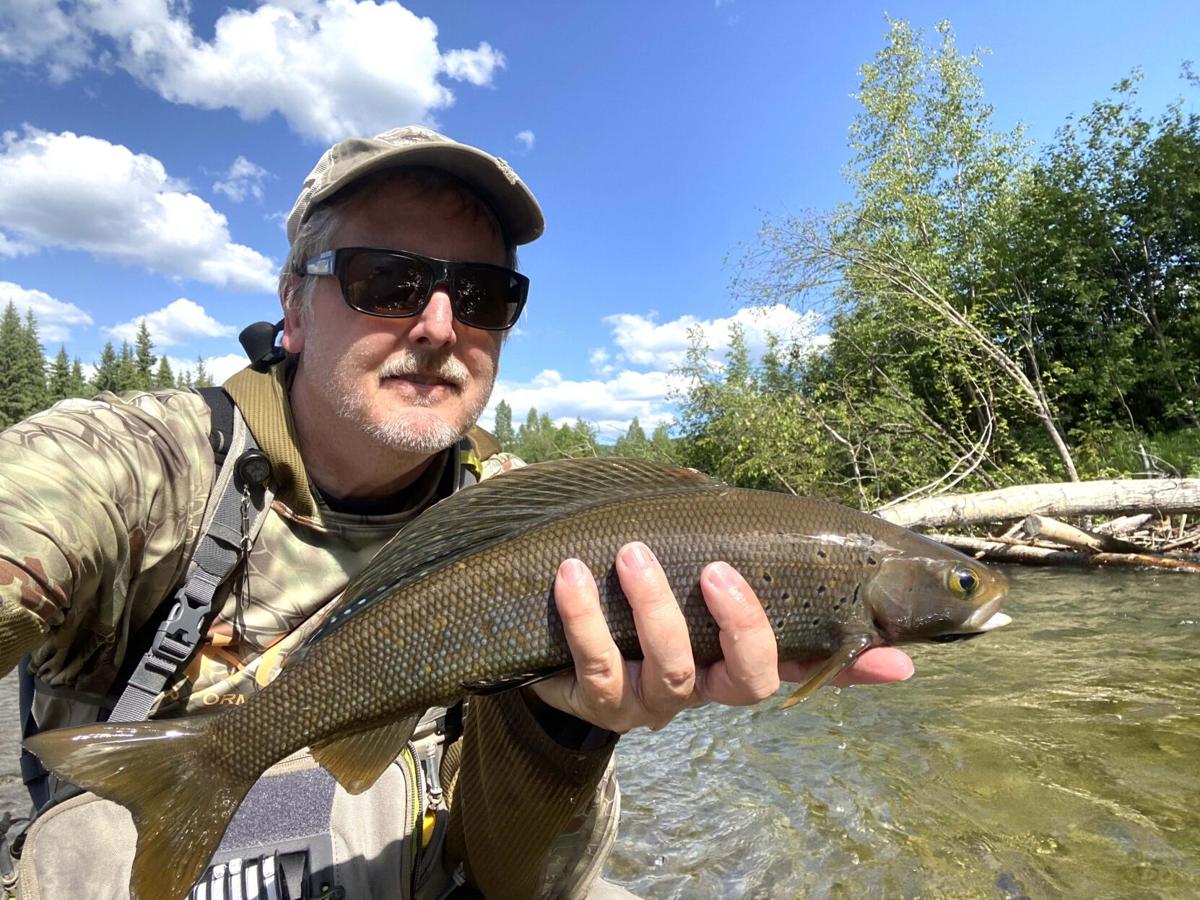 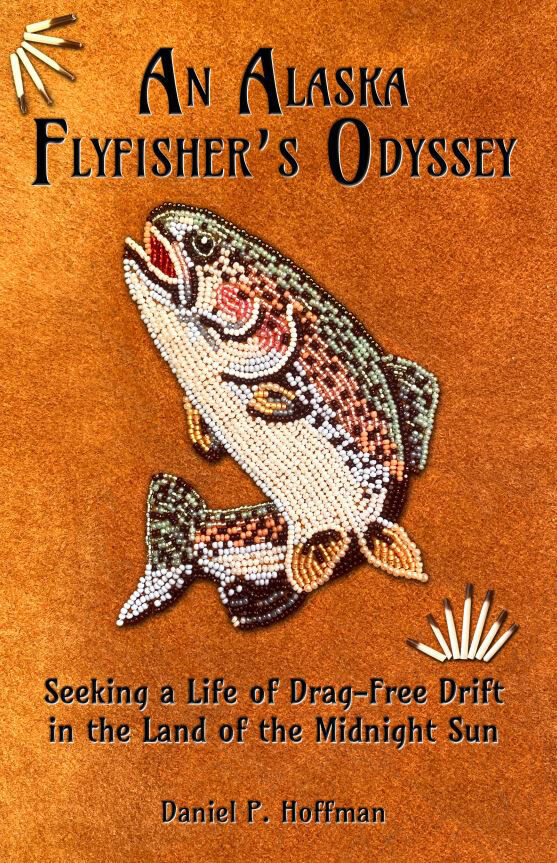 Dan Hoffman’s memoir is out this month. Courtesy Dan Hoffman 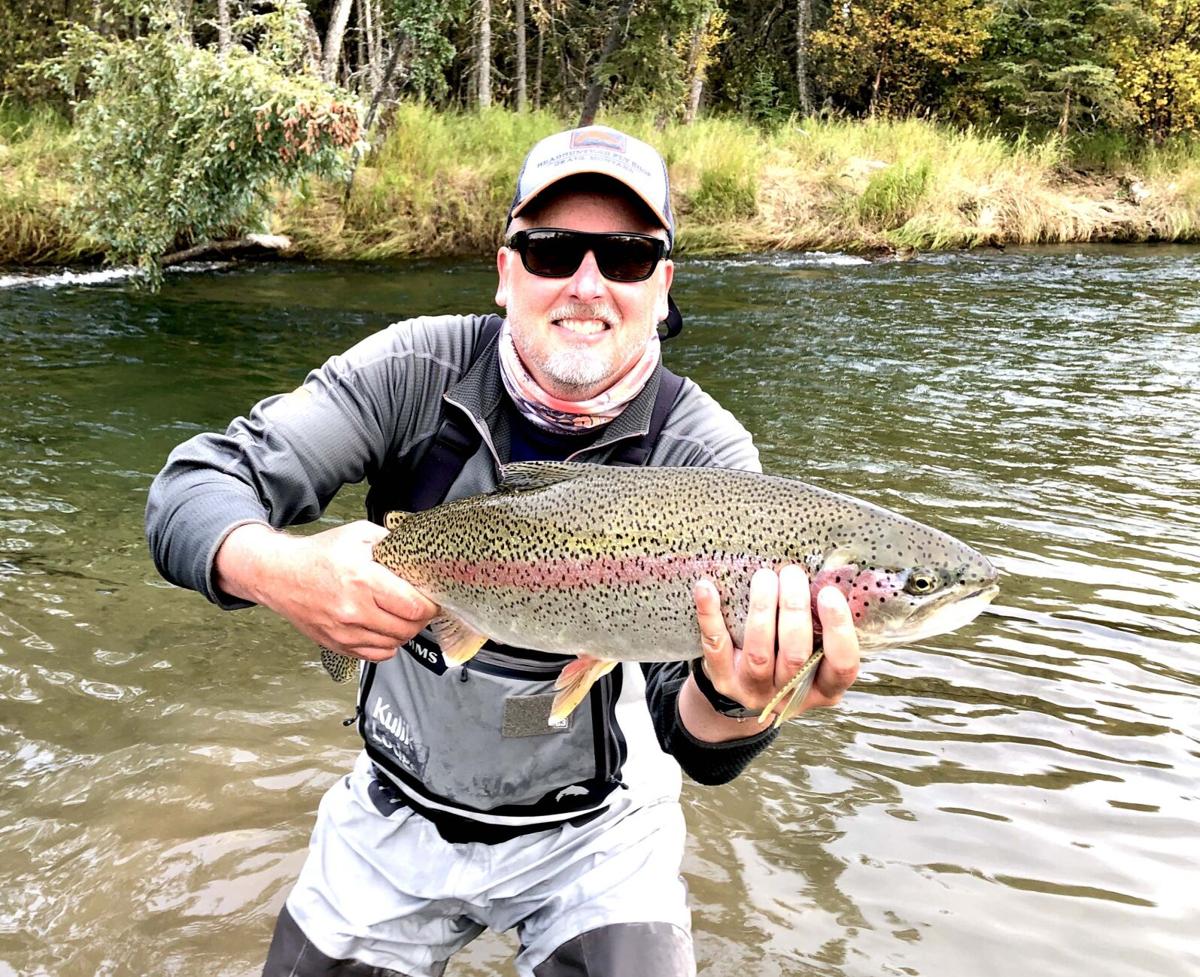 Dan Hoffman’s memoir is out this month. Courtesy Dan Hoffman

‘I’d always kind of wanted to write a book. I always thought about writing a book. But it seemed like the time was never right, or I wasn’t sure exactly what I wanted to write about,” Dan Hoffman said. Then came the pandemic and its accompanying restrictions on travel, and needing to keep occupied, he got down to work. “I thought, if ever there was a time to write a book, last winter was it.”

“An Alaska Flyfisher’s Odyssey” is title his first book, and while fly-fishing is the primary theme, it’s also the foundation for other ideas he explores. “Almost any aspect of my life,” he explained, “I can think of it in terms of fly-fishing, and fly-fishing analogies or metaphors as to how I’ve made different adjustments to different things to make changes, depending on the way the current was flowing. The conditions that I saw coming kind of set myself up for what I consider to be an optimal path.”

For Hoffman, that path began in the mountains of Colorado, where he spent his early childhood with parents who hunted and fished and passed their skills on to him. When he was twelve, the family moved to Valdez. They then lived in Girdwood for a spell before settling in Anchorage.

Hoffman first came to Fairbanks to attend UAF, where he majored in wildlife biology and spent a couple of summers as a guide in Katmai. After graduation, he took a seasonal job as a fish and wildlife enforcement officer. Then he saw that the Fairbanks Police Department was recruiting and decided this kind of work would keep him mobile, while being a biologist would ultimately land him at a computer crunching data.

“Making that kind of major life adjustment, you kind of see what’s coming. To me that’s kind of analogous to drifting your fly downstream and you see there’s a mid current coming in that takes you in a different direction that you might not want to go. You have to throw that big bend into your line to reposition your fly and float back down where you want it to go to set yourself up for your best chance at success.”

He was certainly a success at work, spending twenty years on the force, and was chief from 2005 until his 2009 retirement. It was during this times that he planted the seeds that led to becoming a writer. “Throughout my police career I started to do a fair bit of freelance writing, most of it in police and professional journals,” Hoffman said. “I enjoyed relating some of my professional knowledge and putting it out in different forms.”

When it came time to write a book, he said, this experience was helpful. Police reports and professional journal writing demand a focus on pinpointing the important details and presenting them in an organized fashion, and that’s how he got to work last fall when he committed to writing the book. “When I think about a topic, my mind immediately goes into outline format,” Hoffman said. Thus, even though this was his first book, he said he had a table of contents planned out within a day of beginning the project last fall. From there, he said, “I found it came pretty easy.”

Hoffman had also published a few articles in outdoors magazines, and this gave him experience on making a topic like fly-fishing relevant even to readers who might not have any connection to the sport. In the first section of the book, he writes about life as a fly-fisherman who lives year-round in Fairbanks, where half the year is spent dreaming about getting out to the rivers. But he also wanted to make this section relatable to anyone, especially northerners. “I think that anybody who lives in Fairbanks, or anybody who’s spent any amount of time in Interior Alaska, when they read this book I think they’re really going to enjoy it and they’re going to identify with it.”

The second section of the book, he said, is where he honors family members and others who both gifted him his love for fly-fishing, and also provided important guidance and friendship throughout his life.

The third section is where the meat of the book lies, he said. Here he offers chapters that alternate between memoirs of fishing adventures, and philosophical musings about life that draw from his time on rivers. He said he sought to appeal to a broad audience by doing this. Readers who fish will enjoy the stories, while they and general readers will be given food for thought.

Hoffman was wary of those other fishermen, however, especially here in Alaska. “I’m always speaking in these kind of comically cryptic terms, and I talk about it a little bit in the book,” he said. “I say, I’m not going to name the river.”

The fourth section, he said, is where he ties it all together. “I talk about this concept of drag-free drift while fly fishing, and how that is a metaphor for setting up your drift, or your path through life. Making those constant adjustments, because you don’t want those outside external forces dragging your fly places where you don’t want it to be.”

Right now, Hoffman is exactly where he wants to be, surrounded by beauty that he loves, happy in his family life, and fulfilling new goals with his book. “What’s exciting now is to be able to work on creative stuff like this.”

Learn more about “An Alaska Flyfisher’s Odyssey” at farcountrypress.com/details.php?id=956. Hoffman is donating 50% of his earnings from the book to Trout Unlimited for their Alaska operations.