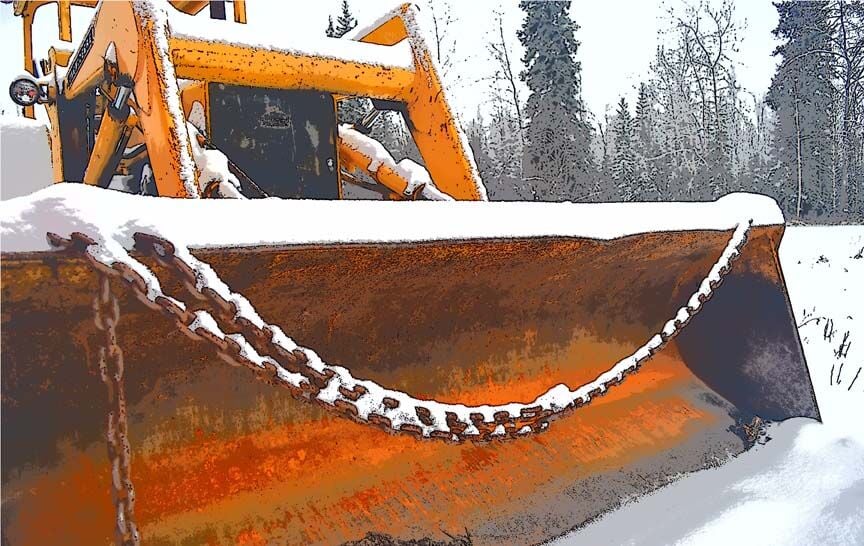 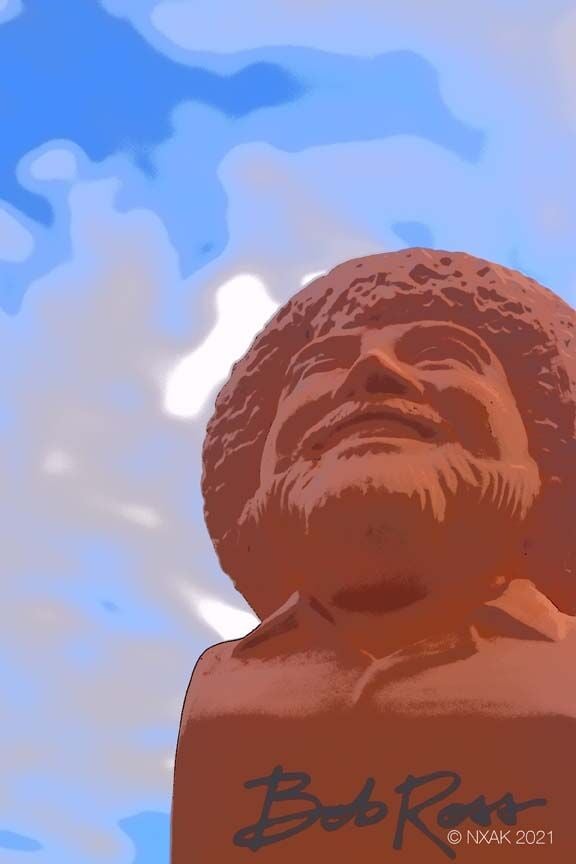 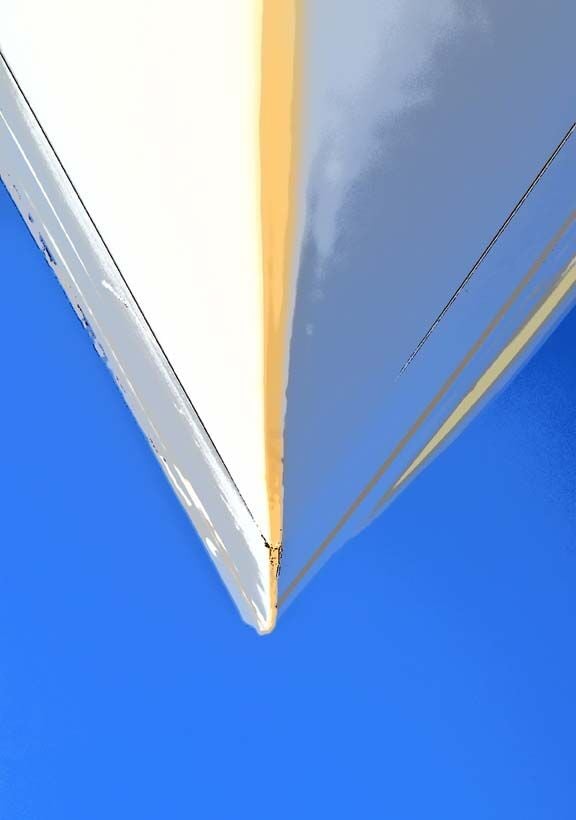 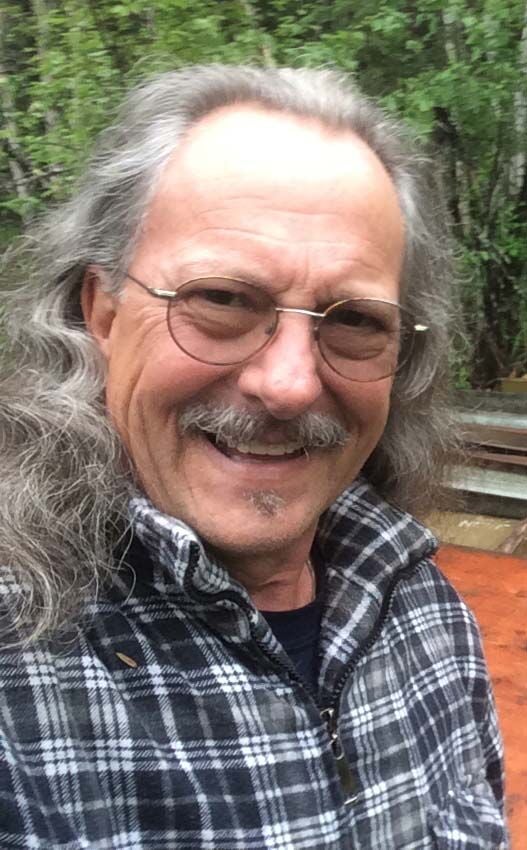 "I bought this camera a couple of years back and had plinked around with it, never really done much with it,” Bob Bashore said, explaining how he began exploring artistic photography. “We were just traveling, driving around. So we started taking the camera. And then it just sort of happened.”

Bashore, whose work is on display at Black Spruce Brewing Company this month, has only been in Alaska for a couple of years. But this is his third local show featuring his color-enhanced images of everyday aspects of Fairbanks life. For the retired graphic designer, photography is one of several challenges he’s embraced. “With retirement, I wanted to find something new to do,” he said. “And now I have time to do that.”

Bashore moved from Northern California to Fairbanks in 2019, but was already connected to Alaska through his wife, Susan Bashore. Her parents homesteaded near North Pole in the 1950s, where she grew up. The couple had made several trips to Fairbanks together — including one in winter — so he was familiar with the town and its climate. Thus, Bashore said, “We decided when Susan’s dad passed that we would move up here and build a house next to mom’s on the homestead.”

Bashore said old equipment still remaining on the homestead drew his attention and prompted him to take photographs. “I’ve always enjoyed metal sculpture in particular,” he sad. “So I got up here and there’s just so much rusty metal. It’s an old mining area, so everything’s old. Everything’s rusty. Because it’s all been out in the cold, in the winter. I like the look of that material, and how it is contrasted against the snow.”

That look of snow draped across heavy equipment is captured in the photograph titled “Backhoe.” Using the tools in his Ikon D5500, Bashore amplified the rust in the bucket and the yellows in the lift arms and cab, while rendering the background in black and white, bringing attention to the colors in the aging metal.

Both snow and photography are things Bashore is well accustomed to. He grew up downhill skiing, and, as a teen, “I’d put the camera in my parka and we’d ski down the hill and make stupid movies and cut and paste them together with little pieces of tape, play records along with them just so we’d have a soundtrack.”

The vibrant culture of California in the late ‘60s and ‘70s was formative to his visual tastes. “I’ve aways been a big fan of graphic posters,” he said. “You get six or seven colors making up the whole print.” He used the term “posterization process” to describe how he distills colors in his images to bring them to the forefront.

Bashore said that album art also inspires his work. He highlighted the famous cover of the first Hot Tuna album as having the sort of colors and effects that he seeks to explore. The blurry photograph with its intensive use of blues and reds is an iconic image from the Bay Area music scene that exploded out of San Francisco’s Haight Ashbury district in the late 1960s. Bashore jokingly said about influences like this one, “I had a teacher in art school who said, ‘If you’re going to steal an idea, steal a good one.’”

A similar offsetting of varying shades of two colors can be found in “Circus Cannon,” a picture of an ice sculpture from this winter’s World Ice Art Championship. Bashore said yellow and purple lights were being shown on the sculpture, which he photographed at night. “The colors were just kind of crazy,” he said, pointing out how the ice blocks each reflect light differently.

Again, Bashore enhanced the colors with his camera’s effects tools before snapping the shot. He said he does nearly all of the work with the camera and only rarely adds edits in a computer. The trick is finding the ideal subject for his lens. “The technology kind of likes certain things and turns its nose up at other stuff,” he said.

He credits his decades in graphic design, primarily in print, with developing his eye for imagery. “I think I learned in cropping pictures and working with images, to try and compose effectively,” he explained. The photograph “Birch Chinking” is a good example. It’s a closeup of the logs in a historic cabin at Pioneer Park. A large knot sits to the left side, with the wood grain flowing to the right, interrupted by damage from wood-boring insects that creates a hieroglyphic appearance. Shades of browns and blues highlight the textures.

The knot to the left acts as a way into the photo, and viewers will move across the picture to right as they would when reading, before returning to the start. Bashore said this is deliberate in the composition. “You have to put something there to keep pulling you back.”

One way that Bashore instantly fit in to Fairbanks culture dates to his childhood. As a kid, he and his friends would sift through people’s refuse, finding castoff parts that they would build go-karts and other things from. Decades later he noodles around the transfer station reuse platforms, finding items to photograph. This is how he stumbled on a Chia Pet head of PBS art instructor Bob Ross. Bashore snapped a photo from beneath Ross’s smiling visage, with a clearing sky above. A happy little accident perfectly capturing the spirit of the beloved television host.

Being new to town was no barrier for Bashore, who introduced himself to business owners who gave him spaces to show his works. He’s had previous shows at Trax Yoga and Two Street Gallery, and will be featured at Arctic Harvest distillery in North Pole next month.

Reflecting on where he finds inspiration, Bashore replied, “I’m like the moose. I wander around and ask, what catches my eye?” And what captures his eye now has his work adorning walls in his new hometown. “It’s fallen into place.” He said.