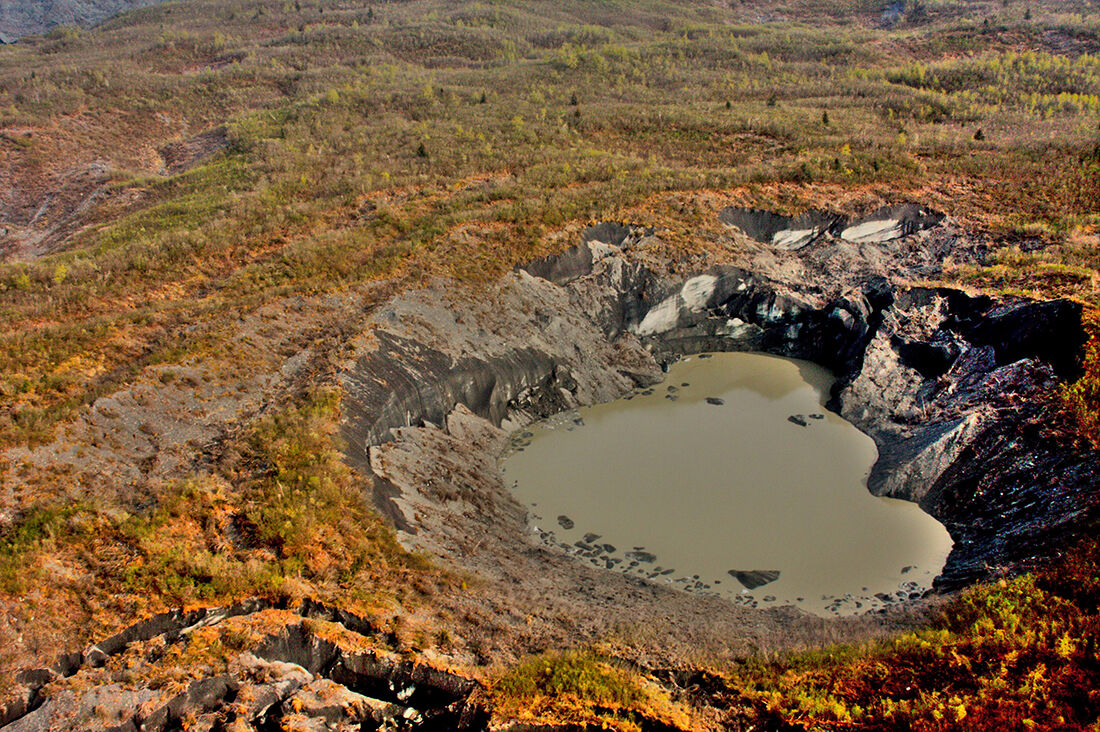 A forest growing on Malaspina Glacier in southern Alaska. 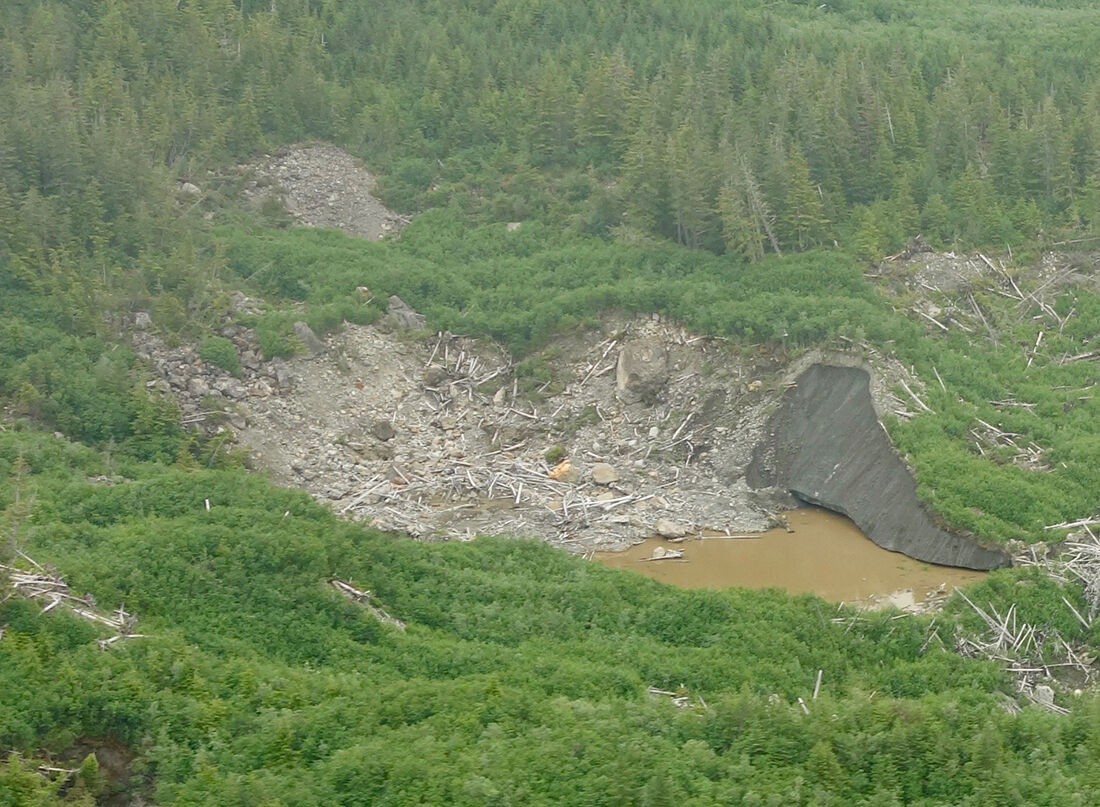 A forest growing on Grand Plateau Glacier in southern Alaska. 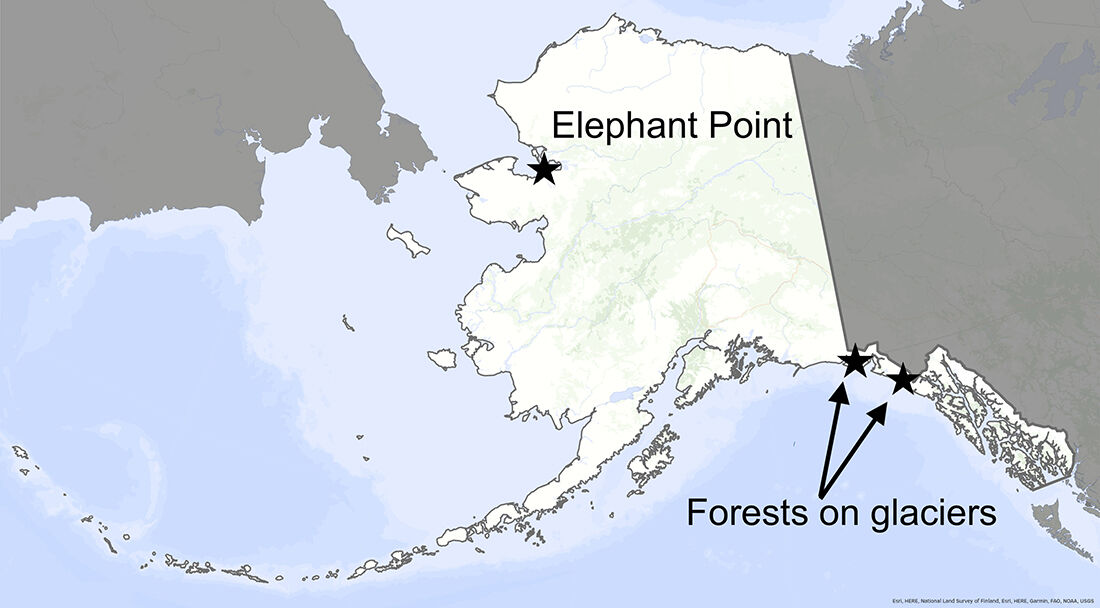 A forest growing on Malaspina Glacier in southern Alaska.

A forest growing on Grand Plateau Glacier in southern Alaska.

For all the descriptive place names out there — like the Grand Canyon, the Wall of China and the trio of Death Valleys — there are some that really make you scratch your head.

Elephant Point is just south of the Arctic Circle on a tundra peninsula north of Buckland. Elephant Point was the site of a village where 100 people once lived. It is also where the Lomen brothers of Nome operated a reindeer farm with corrals, a slaughterhouse, cold storage and worker housing.

Librarian Judie Triplehorn solved the mystery of Elephant Point with a yellowed document she placed on my desk. In it, a writer for the Edinburgh Museum in Scotland in 1829 hailed the arrival of “two tusks of the Mammoth, brought home by Captain Beechey.”

Frederick Beechey was an English explorer who sailed all over the world. On one of his trips, he was the first to map a feature other sailors had missed: San Francisco Bay.

In 1825 and 1826, he explored Bering Strait and the northwest Alaska coast, mapping and naming features as he went.

At Elephant Point, members of his party found two tusks, each longer than 10 feet.

“The mammoth to which the largest belonged must have been fifteen or sixteen feet high,” wrote the museum curator, who described the unusual nature of Elephant Point noticed by the men who camped there.

“The bluff has a covering of earth and grass (but) was in reality a mountain of ice, 100 feet in height.”

“I bestowed the name of Elephant upon the point,” Beechey wrote in his account of the trip, “to mark its vicinity to the place where the fossils were found.”

While the tusks of that Alaska mammoth are in Scotland’s capital city, some of its bones lay in dark drawers in New York City. A collector for the American Museum of Natural History in 1908 recovered more mammoth remains, some of them stinking, from the frozen soil of Elephant Point.

When a glacier shrinks to the point where it stops moving and squats in place, soils build up and tree seeds waft in on the breeze. If conditions are right, forests grow on ice.

“An active glacier would not be stable enough for trees to grow on,” said Truffer. “So, in a way, forests on glaciers are a manifestation of glacier retreat.”

In the early 1900s, builders of the Copper River and Northwestern Railway found glaciers to be their largest obstacles in stringing a rail line from Cordova to the copper mines at Kennecott.

Where the tongue of Allen Glacier stuck into the Copper River, the engineers laid track right across the ice, as Lawrence Martin described in the 1913 publication Alaskan Glaciers in Relation to Life.

The builders “blasted out a grade across five and a half miles of the stagnant, moraine-veneered tree-covered ice mass. Ice lies beneath the ties and rails and future melting will cause slumping . . . Advance of the glacier will introduce still further difficulties.”

With men making yearly repairs to the tracks at Allen Glacier, the 196-mile railroad enabled the removal of many tons of Alaska copper. The railroad operated over glacier ice from 1910 until 1938, when the price of copper fell so low the operation was no longer profitable.