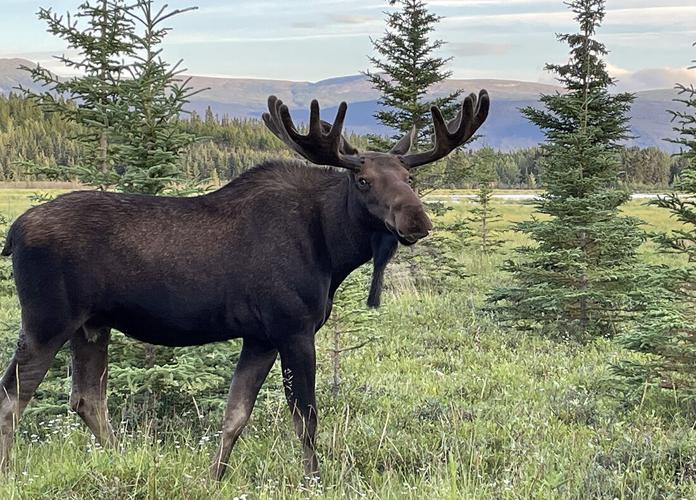 Moose such as this one, photographed this year near Whitehorse in the Yukon, may have been present in Alaska as long as people have. 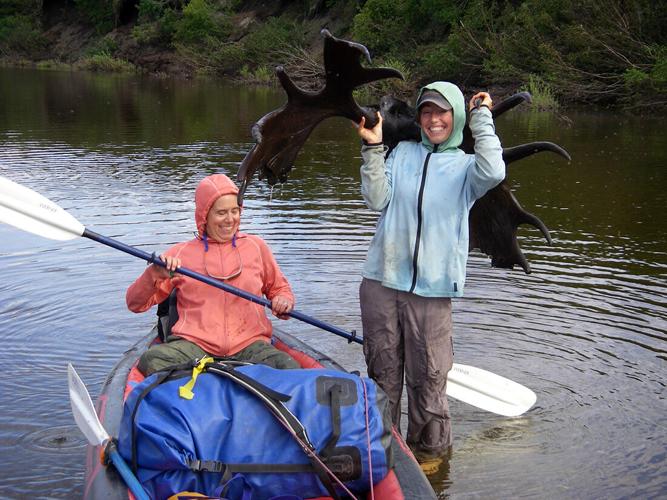 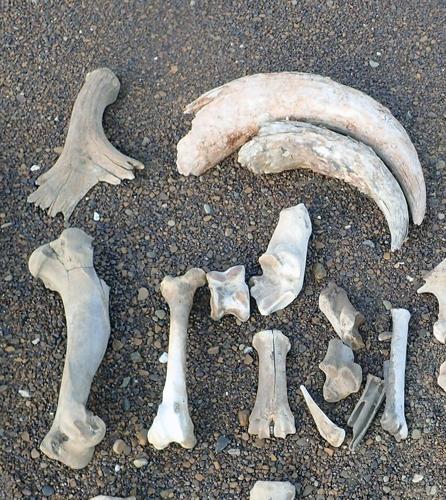 A 14,000-year-old fragment of a moose antler, top left, rests on a sand bar of a northern river next to the bones of ice-age horses, caribou and muskoxen, as well as the horns of a steppe bison. Photo by Pam Groves 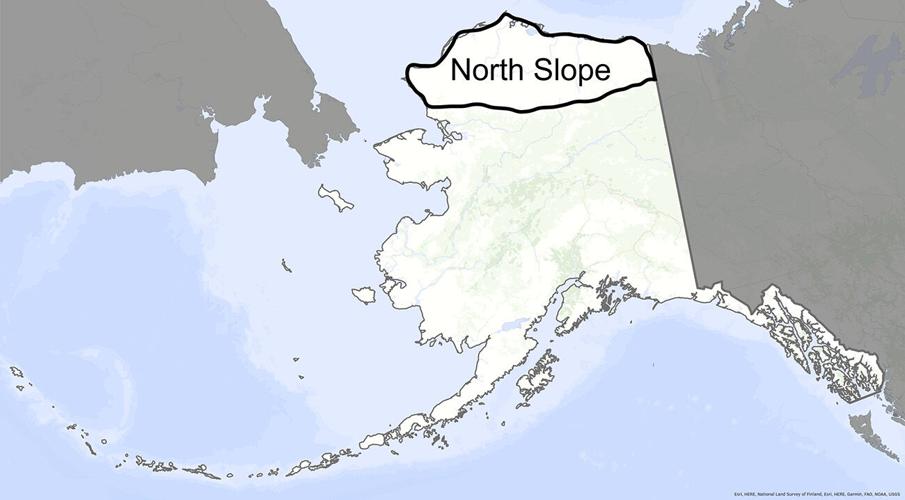 Moose such as this one, photographed this year near Whitehorse in the Yukon, may have been present in Alaska as long as people have.

A 14,000-year-old fragment of a moose antler, top left, rests on a sand bar of a northern river next to the bones of ice-age horses, caribou and muskoxen, as well as the horns of a steppe bison. Photo by Pam Groves

When a great deal of Earth’s water was locked up within mountains of ice, our ancestors scampered across a dry corridor from what is today Siberia over to Alaska. Those adventurous souls may have been accompanied by another creature that needed wood — the moose.

That is the notion of Pam Groves, a scientist who recreates ancient landscapes at the University of Alaska Fairbanks. She recently wrote a paper on moose occupation of Alaska’s North Slope based on ancient moose antlers and bones she has found during decades of floating northern waterways. Dan Mann and Mike Kunz co-authored the paper.

The North Slope is the top third of Alaska, spreading north of the Brooks Range to the Arctic Ocean. Mostly coated with tundra plants, the North Slope is a few hundred miles north of the ideal moose habitat of the boreal forest, which stretches in a wide belt from western Alaska to eastern Canada.

The North Slope offers a marginal place for a moose because far fewer willow shrubs grow there than in the boreal forest.

And willows are everything to moose; they are fast-growing whips of protein and nutrients that clog river valleys of the boreal forest, and, to a lesser extent, the North Slope. A biologist once estimated a moose needs to eat enough frozen willow buds to fill a garbage bag to survive each winter day.

Far-northern places have hosted willows for some time. In her recent paper, Groves wrote of the Valley of the Willows near a now-abandoned village site on the Ikpikpuk River. U.S. Navy explorer W.L. Howard in 1886 wrote of brush there “as large as my wrist.”

“The Indigenous people with whom Howard travelled routinely camped in the Valley of the Willows probably because it was sheltered from the wind and possessed abundant firewood,” Groves wrote.

Groves said moose food might have existed in places like Valley of the Willows for many thousands of years.

For hard evidence of moose in that hungry country, she and UAF’s Dan Mann have collected moose bones and antlers with permits and support from officials with the Bureau of Land Management. They have picked up the bones while floating northward-flowing rivers each year for the past few decades. Spring snowmelt swells the easy-moving rivers to the point where they erode frozen bones from riverbanks.

Moose bones and antlers have made up just 2% of the 5,000 hardened remains of mostly extinct ice-age creatures Groves and Mann have collected over the years. The most numerous bones belong to horses that once grazed the northern grasslands. In 2012, they found an almost complete steppe bison thawing from a riverbank. It had last breathed air 43,500 years ago.

A moose antler Groves found on the North Slope is 14,000 years old, which coincides with the big-time melting that signaled the end of the last ice age. That is also about when people appeared on the North American continent via Alaska.

She and Mann have found 80 other moose bones and antlers. Radiocarbon dates on 34 of them show they are hundreds or thousands of years old. Groves believes this shows that moose have been on the North Slope in small numbers and within boom-and-bust populations for a very long time.

“There have been proposals [from other scientists] that moose are recent invaders of the North Slope due to climate warming and expanding willow growth,” she said. “Our dates on North Slope moose bones suggested that moose have always inhabited the North Slope since they arrived here.”

There are about 2 million moose alive on Earth today. Scientists think that after originating in Eurasia and trotting across the Bering Land Bridge, moose wandered east and south when the colossal ice sheets melted back to expose new river valleys rich with willows.