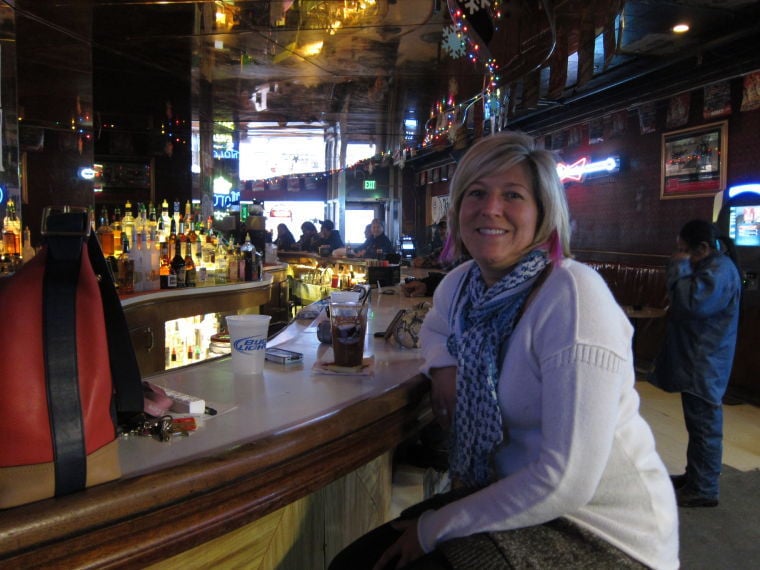 Jodi Blakely had no intention to take over ownership of The Mecca from her father but now that she runs the famed bar, she’s determined to restore as much of its original look as possible. 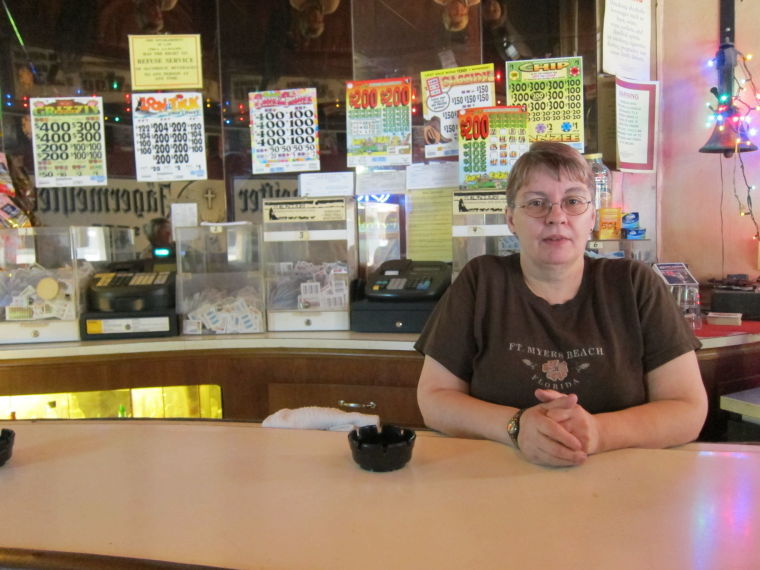 Bartender Carole Meehan can be found at her post behind the bar at The Mecca where she keeps regulars and visitors filled with their favorite libations. 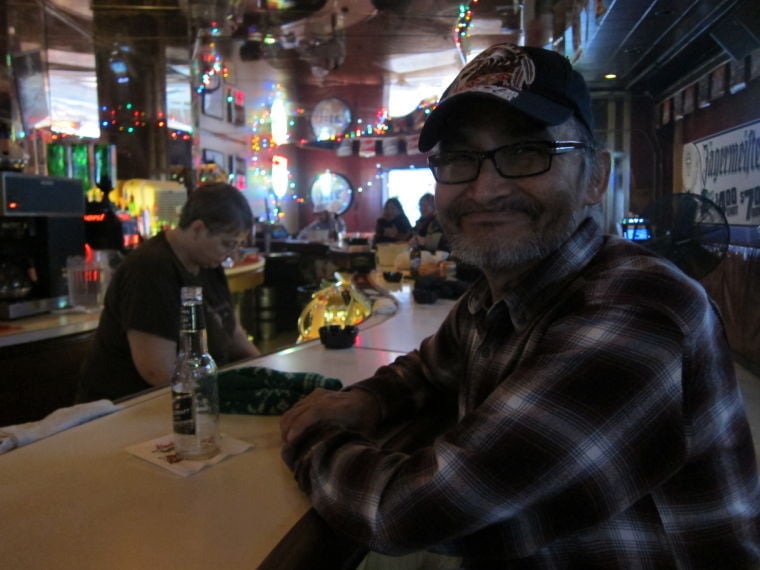 Junior Penatac, a patron at The Mecca, holds his spot at the downtown Fairbanks establishment.

Jodi Blakely had no intention to take over ownership of The Mecca from her father but now that she runs the famed bar, she’s determined to restore as much of its original look as possible.

Bartender Carole Meehan can be found at her post behind the bar at The Mecca where she keeps regulars and visitors filled with their favorite libations.

Junior Penatac, a patron at The Mecca, holds his spot at the downtown Fairbanks establishment.

FAIRBANKS — Looking at Jodi Blakely, you’d never guess that she was a sharpshooter and an expert hostage negotiator. You’d also never guess that the stylishly dressed petite blonde with hot pink under-highlights is the owner of one of the most maligned bars in Fairbanks, The Mecca.

Ask Fairbanksans about The Mecca and everyone has an opinion, most of them not good. “I’m scared to go in there” is the response Blakely is often met with when people learn she’s the owner. But since its opening in 1946, it’s really just been a neighborhood bar.

“It was a bar that, when people got off at 5 o’clock in the evening, they’d have a couple of cocktails. After bowling, after a basketball game,” recalled Wally Burnett, who owned the bar from 1955 to 1970. “It was just like a neighborhood bar. Not fancy. It was modern with all the glass and all the mirrors and it was probably the bar to go to until about 1968 or ’70.”

It was around that time that Burnett bought the Polaris Building and sold the bar to his brother, Deke, who would own it until selling to Blakely’s father, Don Bonacci, in 1999.

Blakely originally moved to Fairbanks from North Dakota with her family in 1983 and left town immediately after graduating from college in ’92. After a post-college 10,000-mile cross-country road trip, she settled in Little Rock, Ark., where she worked as a parole officer. Then, after a stint running a restaurant in Memphis’ famed Peabody Hotel and opening a Flying Saucer beer bar, she joined the Memphis Police Department.

“I started at the (Memphis) police department in ’99. Dad bought the bar in ‘99 and about 2004 he starts bugging me to come up and buy the bar,” she remembered.

But by 2006, she had gone as far as she could as a police officer with no interest in transitioning to detective. “I watched my dad for the few years that he owned (the bar) and he spent a lot of time Outside, they went on vacations, so it didn’t seem to me that I was going to actually be stuck,” she said. “I decided I could drive around in a car for the next 20 years or I could potentially retire in 10 or 15 and go live in Fairbanks.”

This month marks her sixth year as owner.

Since buying The Mecca, which was in pretty bad shape when she took over, Jodi has begun a thoughtful restoration process. She’s hoping to return the bar to as close to original as possible but is working off of hunches since she doesn’t actually have any old photographs to use as reference.

So far she’s repaired some of the neon in The Mecca’s signature marquee sign, re-covered the cabinets behind the bar in oak veneer, and replaced a few panes of mirror, which will unfortunately never match since brass-backed mirror is no longer manufactured.

She plans to replace the carpet under the pool table, remove the amber-colored vinyl on the walls, add a pressed-tin ceiling, and install a checkered floor in the bar area. She’s even trying to find a match for the original red and black velour wallpaper that has aged surprisingly well.

The most trying thing thus far has been repairing the roof.

“When I first bought it, it leaked,” she recalled. “There were eight trash cans, and every time it rained or the snow melted it would rain, literally, in the bar. You’d have to play pool around the trash cans. When I had the roof replaced people were mad. ‘You can’t change that! You can’t take the trash cans away! It’s rained in the Mecca for 25 years!’”

She’d like to have it all done in a couple of years. She’s also hoping to locate any old memorabilia that people around the city may have. What she lacks in Mecca items, she makes up for in finds left behind when the Burnetts moved the Tiki Cove bar from the basement of

So where does the negative attitude about The Mecca come from? Leftover tales from the wild and crazy pipeline days when all of Second Avenue was lined with rollicking bars, coupled with stereotypes Blakely combats about The Mecca’s primarily Alaska Native clientele.

“They’re not gonna know that Junior’s an accomplished ivory carver,” she said. “He’s an amazing guy. Lucy has been a downtown bartender for 40 years. She has one arm!”

Burnett, who is still greeted by name when he visits The Mecca, concurs, calling his former customers “nice, gracious people.”

“You can go into The Mecca and have a drink and not have any problems at all,” he said.

With all of the other Second Avenue bars long gone — The Savoy, The Cottage, The Persian Room, The Redwood, Tommy’s Elbow Room — The Mecca is an undeniable part of Fairbanks history.

“It’s the most notorious and everyone has a story,” Blakely said. “And the ones who have a story, it’s not ‘the bar’s scary.’ I can’t tell you how many people I know that have gotten engaged here. One gentleman who works at the visitors’ bureau, he met his wife here. She fell off the bar stool like 50 years ago. That’s how they met. He helped her back up. Everyone has a Mecca story and I haven’t really heard any of them that are bad.”

Its motto may read “Everyone’s a winner,” but the most important thing to know is that at The Mecca, it’s one big family.

Anne Kristoff is freelance writer who splits her time between Fairbanks and New York City.