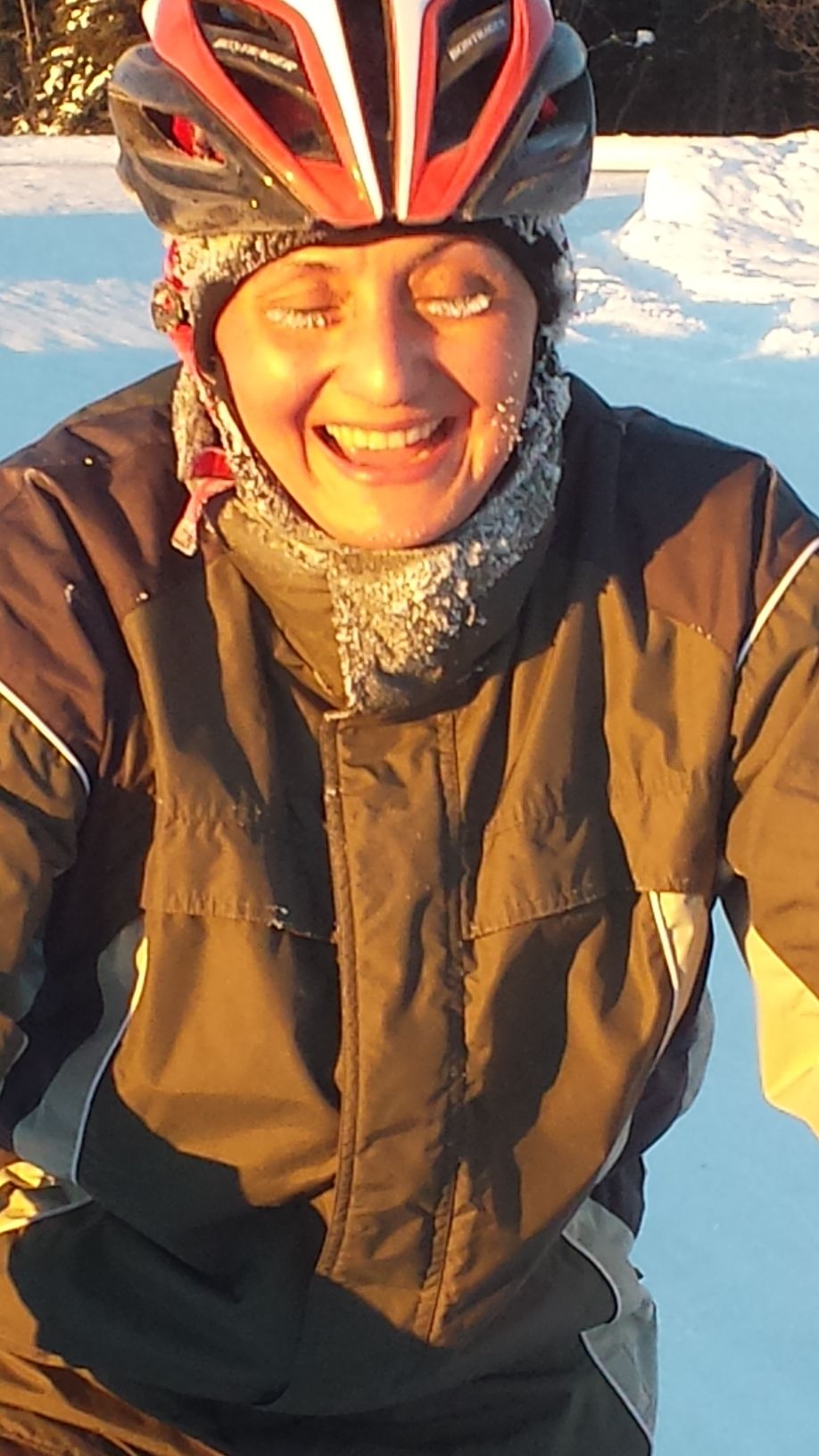 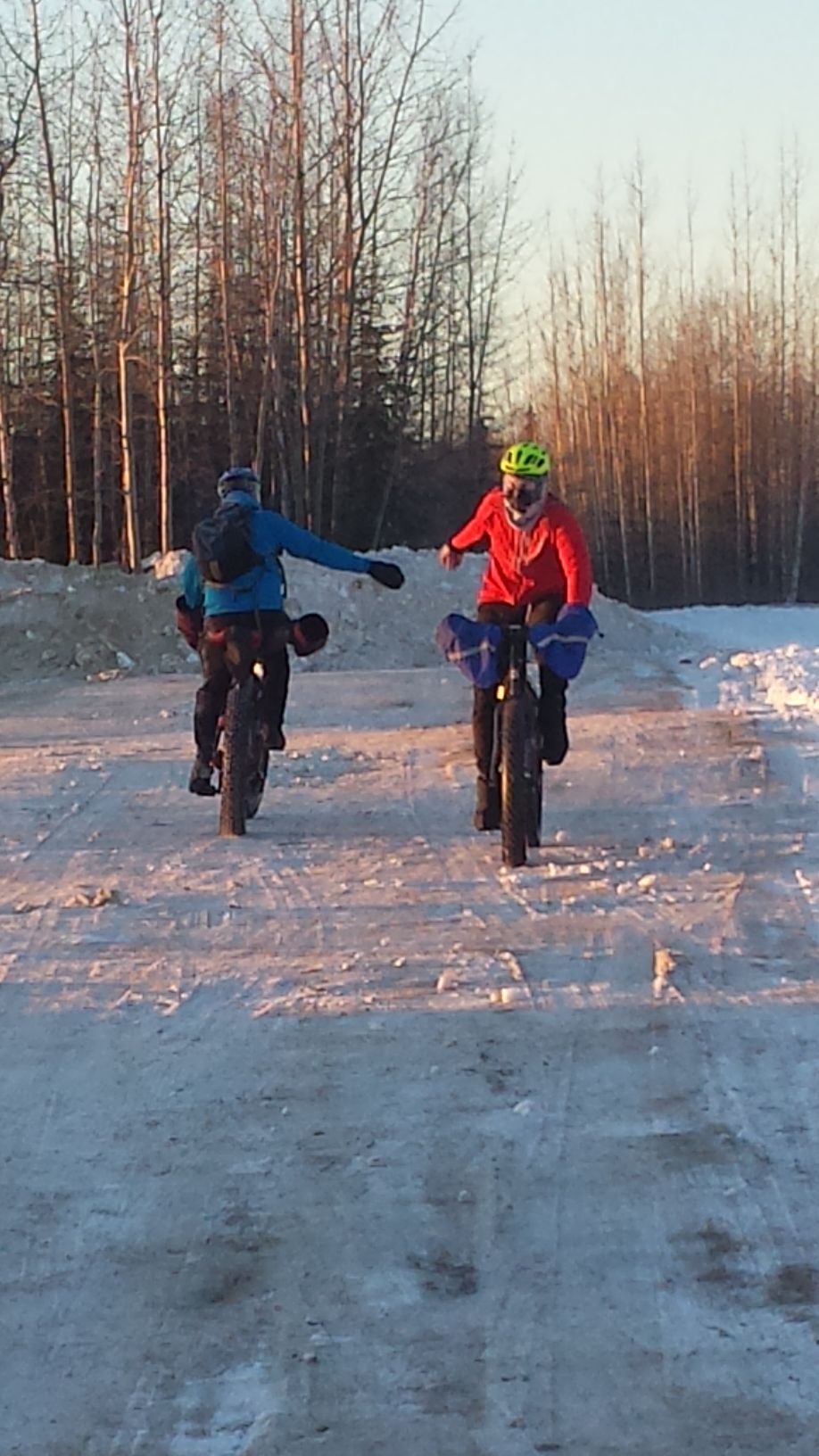 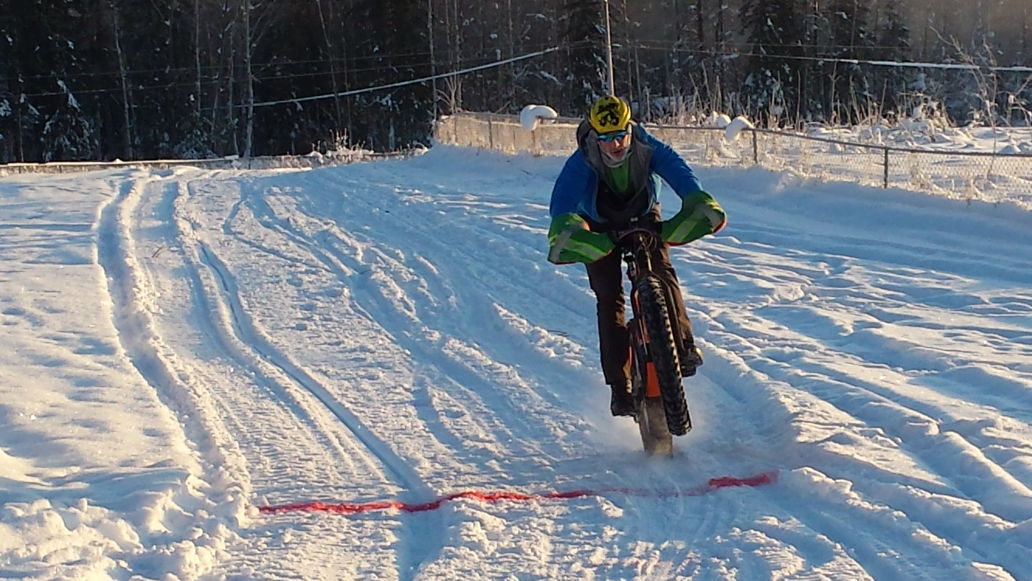 Tyson Flaharty during the Icicle Bicycle Winter Fat Bike Race No. 1 at the Mushers Hall. A new stage race this weekend will put winter cyclists on a variety of trails around Fairbanks. 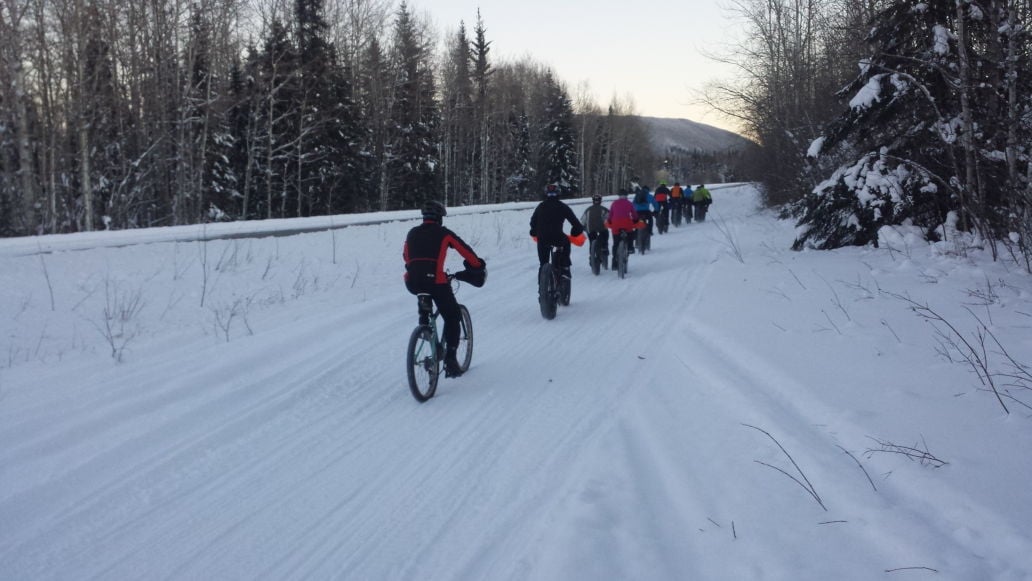 Tyson Flaharty during the Icicle Bicycle Winter Fat Bike Race No. 1 at the Mushers Hall. A new stage race this weekend will put winter cyclists on a variety of trails around Fairbanks.

FAIRBANKS, ALASKA — Fat-tired cyclists will run laps around the Goldstream Sports store this weekend, bomb down a hill into the Goldstream Valley and pedal through two trail rides — all as part of the same race.

The Icicle Bicycle is a stage race that challenges competitors over four different courses between today and Sunday. The winner is the racer with the lowest overall time across the four stages.

It’s the first such race in Fairbanks, and as best race director Christopher Knott has been able to tell, the first fat bike stage race in North America.

“I haven’t been able to find anything like it. This’ll truly be a unique event. It’s kind of appropriate to put it on a course in Fairbanks. We have so many great athletes up here, outdoors enthusiasts,” Knott said.

Registration for the Fairbanks race closed earlier this week. Because it’s a new format, and because one of the races involves tight quarters, Knott capped participation at 30 cyclists. Spectators are welcome, especially at tonight’s criterium-style race outside of Goldstream Sports, he said.

Although this week’s stage race format is new, the winter biking equipment isn’t. Fat bikes have been around, at least in a primordial form, for several decades. Late 1980s Alaska is arguably the birthplace of the modern fat-tired bike style, which has exploded in popularity over the last decade.

Competitors in the Iditabike, starting in 1987, pushed the boundaries of traditional mountain bikes along the trail used by Iditarod Trail Sled Dog Race mushers. That race eventually became the Iditasport and today’s Iditarod Trail Invitational.

Knott is an Iditarod and Yukon Quest sled dog race veteran who’s a financial adviser by day. He saw his first fat-tired bike during an Iditarod in the late 1990s.

“Here I am on a 16-dog dog team looking at these bikers and thinking ‘that’s nuts,’” Knott said.

About 10 years later, Knott received a bike made by Alaska manufacturer 9:zero:7 and he was hooked. He still mushes, but he’s spent more and more of his winters in a bike saddle.

In 2013 he organized the Fairbanks Cycle Club’s Icicle Bicycle winter racing series, a set of monthly races over the winter. Adding this weekend’s four stage races to the annual series doubles the number of races in the series.

The mass production of fat bikes and Interior Alaska’s network of snowmachine trails have led to a popular winter biking scene, including endurance races such as the White Mountains 100 and the Tanana River Challenge.

This weekend’s races take inspiration from the world of road biking and downhill mountain biking.

The first stage in this weekend’s Icicle Bicycle Series is a criterium-style bike race, a road-bike-type format, in which cyclists circle around a quarter-mile trail around Goldstream Sports as many times as they can in a 30-minute period.

A criterium race tests bikers’ speed and maneuverability. It’s also good for spectators because the audience gets to see the racers pass by the start line numerous times during the race. As an added challenge inspired by new mountain biking criterium formats, there will be a small barrier on one part of the trail that will require racers to get off their bikes and lift them over the barrier.

“It’s become very popular in the Lower 48 where you take a kind of a hybrid between a mountain bike and a road bike and they race them through sand, over barriers and up steep inclines,” Knott said.

“It’s a very involved type of race. You’re not just sitting on a road pedaling, you’re not just bombing down a trail like a mountain bike. It’s the best of both worlds.”

After the first stage tonight at Goldstream Sports, racers will gather Saturday morning for the second stage, an 11.5-mile trail ride through Ester and the Goldstream Valley. Saturday afternoon they take on the third stage, a 6 mile downhill race.

“Please use caution. You will not win the race on the steep descents but you can lose it there,” warns the competitors’ written instructions for the downhill stage.

The race ends Sunday morning with its longest stage, a 20.7-mile trek over snowmachine and narrow single-track trails that includes a steep climb up Ski Boot Hill.

Knott’s goal for the series is to give it enough momentum that in a few years he’ll be able to take off his organizer’s hat and ride in the races himself.