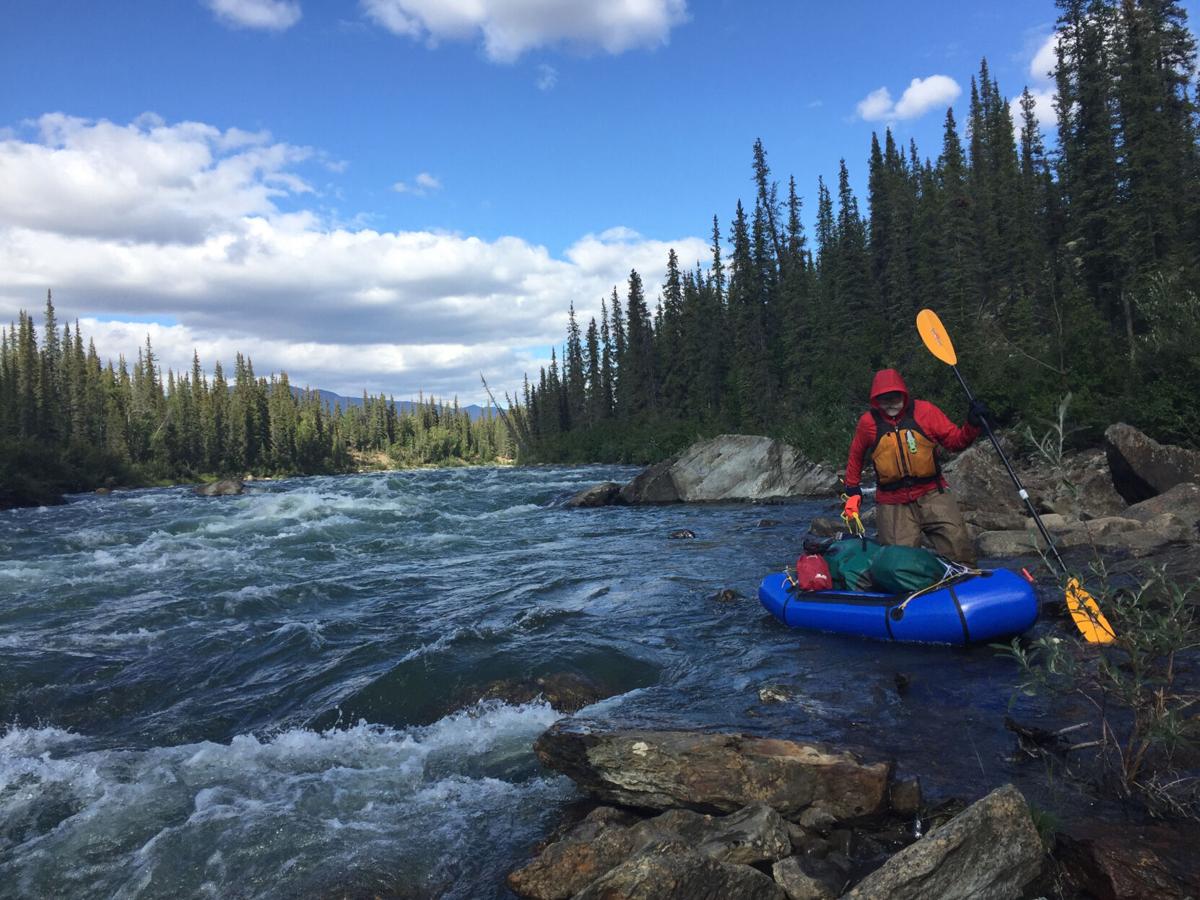 Joe Wagner lines his packraft through the Boulder Field, on the North Fork of the Chandalar River, known as T’eedriinjik in Gwich’in. 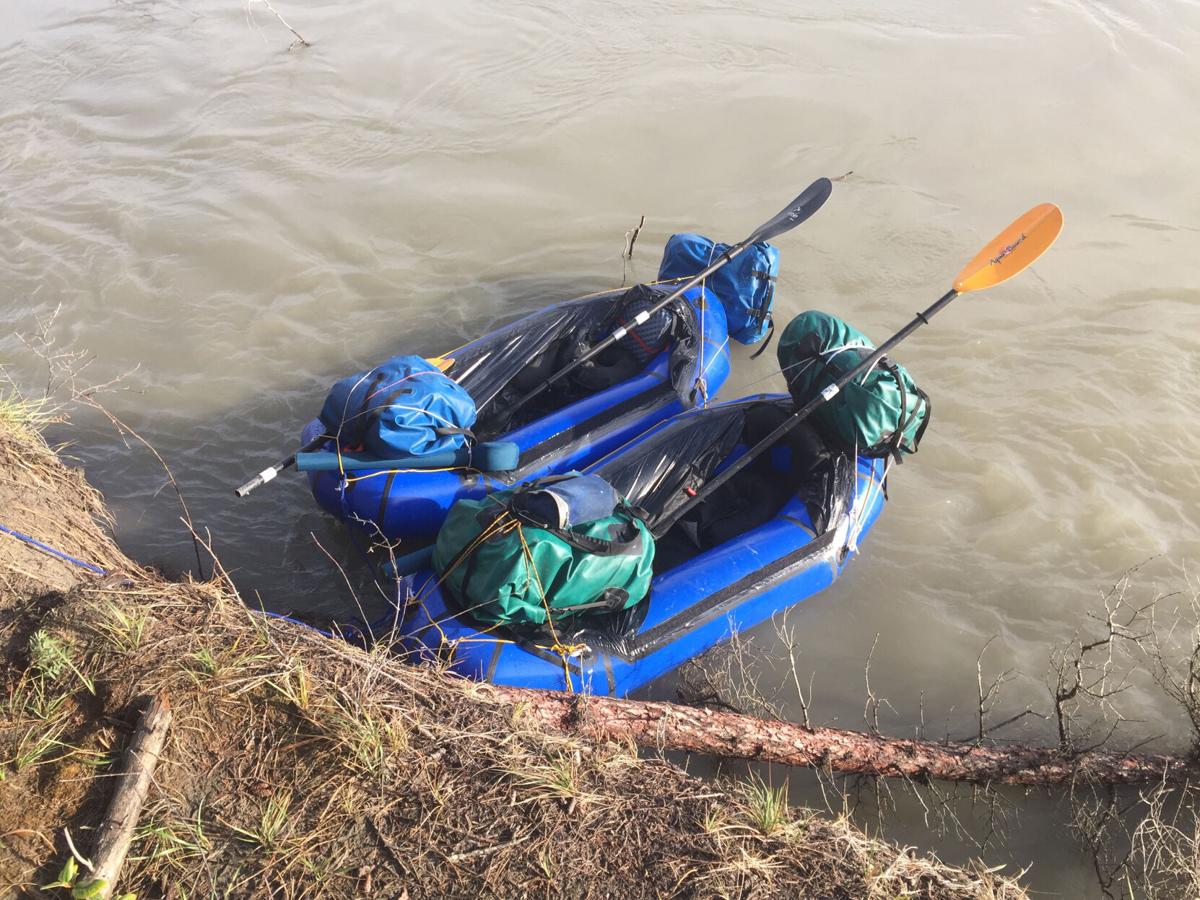 A photograph, taken at the East Fork of the Chandalar River, shows Joe and Forest Wagner's packrafts heavily laden for their trip. 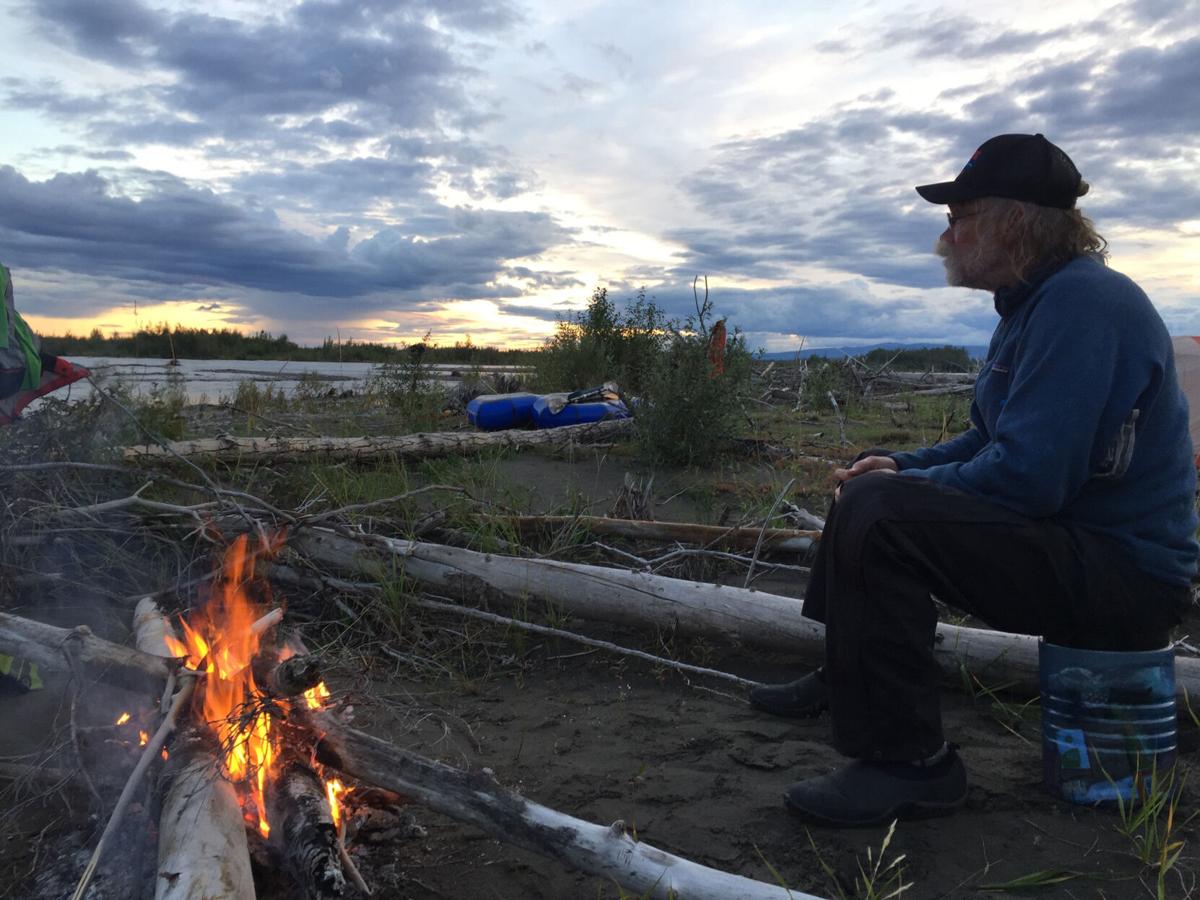 Joe Wagner sits, looking out toward the river, at Chandalar Camp.

Joe Wagner lines his packraft through the Boulder Field, on the North Fork of the Chandalar River, known as T’eedriinjik in Gwich’in.

A photograph, taken at the East Fork of the Chandalar River, shows Joe and Forest Wagner's packrafts heavily laden for their trip.

Joe Wagner sits, looking out toward the river, at Chandalar Camp.

Dad and I decided to try another backcountry float this summer, from behind the mask of COVID-19. From Aug. 4-8 we floated approximately 120 miles of the Chandalar River — T’eedriinjik, in Gwich’in — a major arctic tributary of the Yukon flowing south from the Eastern Brooks Range.

This float was noteworthy in a couple of ways; most importantly, it was a 50-year-homecoming for my father, who spent his Selective Service assignment in the Gwich’in Athabascan village of Venetie between 1972-74.

Dad was not a draft dodger. He registered with the Selective Service in 1971 as a 17-year-old high school student in Watertown, South Dakota. He went, for a year, on a football scholarship to St. Johns University in Minnesota, then got called up in the last year of the draft for service.

Rather than go to Vietnam as a soldier or medic, Dad enrolled as a conscientious objector, a category that meant he would serve his country in a two year commitment for a nonprofit organization. As he was studying theology, Dad applied to a variety of locations for work with various aspects of the Christian church, and — as he tells it — he got picked somewhat randomly to serve the Episcopalian Ministry in Venetie.

This assignment transplanted my 18-year-old mid-Western raised father to the 150-some person village of Venetie. The village was unique amongst Interior indigenous communities for its early 20th century organization as a sovereign nation, and its communal and successful decision in the 1970s to ban alcohol from the community.

The time my dad spent in Venetie set the stage for the rest of his life. He was adopted by the John family, learned Gwich’in, and was fully immersed in the traditional ways of life and values of the people and the place: hunting, fishing, cutting firewood. He was a part of the country that we recently floated through.

After finishing his service Dad continued to visit and remain connected to the people of Venetie. My parents were, in fact, married at the Episcopal Church there in 1979, though he settled in Fairbanks and hadn’t been back to the village for a visit since the early 2000s.

As for our float — we traveled under blue skies by air from Fairbanks to Coldfoot to Chandalar Lake with the able pilots at Warbelow Air, blew up our packrafts, and proceeded to descend the westernmost tributary of the Chandalar River, floating first the splash Class 3 clearwater of the North Fork.

From there the river is joined by the cloudy Class 1 Middle Fork and East Fork, both 100-plus mile length tributaries in their own right, which flow south out of the Brooks Range and the Arctic National Wildlife Refuge.

We started slowly — only six miles the first day — but paddled over fifty on our final day to make it to Venetie with time for a visit. Unfortunately, the bluff that Dad planned as his navigational position for ending our float had been fully eroded in the 50 years since he called the place home.

We missed Venetie, catching our mistake two miles below the village, then lined the boats back up river, caught a ride to the new airport. We proceeded to meet a surprising amount of people who recognized and welcomed Dad — it was as if he had never left.

Flying back via Wright Air to Fairbanks, looking over the White Mountains and incredible expanses of Interior Alaska, I wished we had more time in Venetie and more time on the T’eedriinjik. But more than those feelings, I felt and feel so fortunate to have had that time with Dad, to be born in this great state, and to continue to imagine this place as both a wild setting and primeval home.

Forest Wagner submitted this trip report about his trip floating the Chandalar River. Wagner is the program director of Outdoor Studies at the University of Alaska Southeast. Born and raised in Fairbanks, he is currently commercial salmon fishing in Bristol Bay.