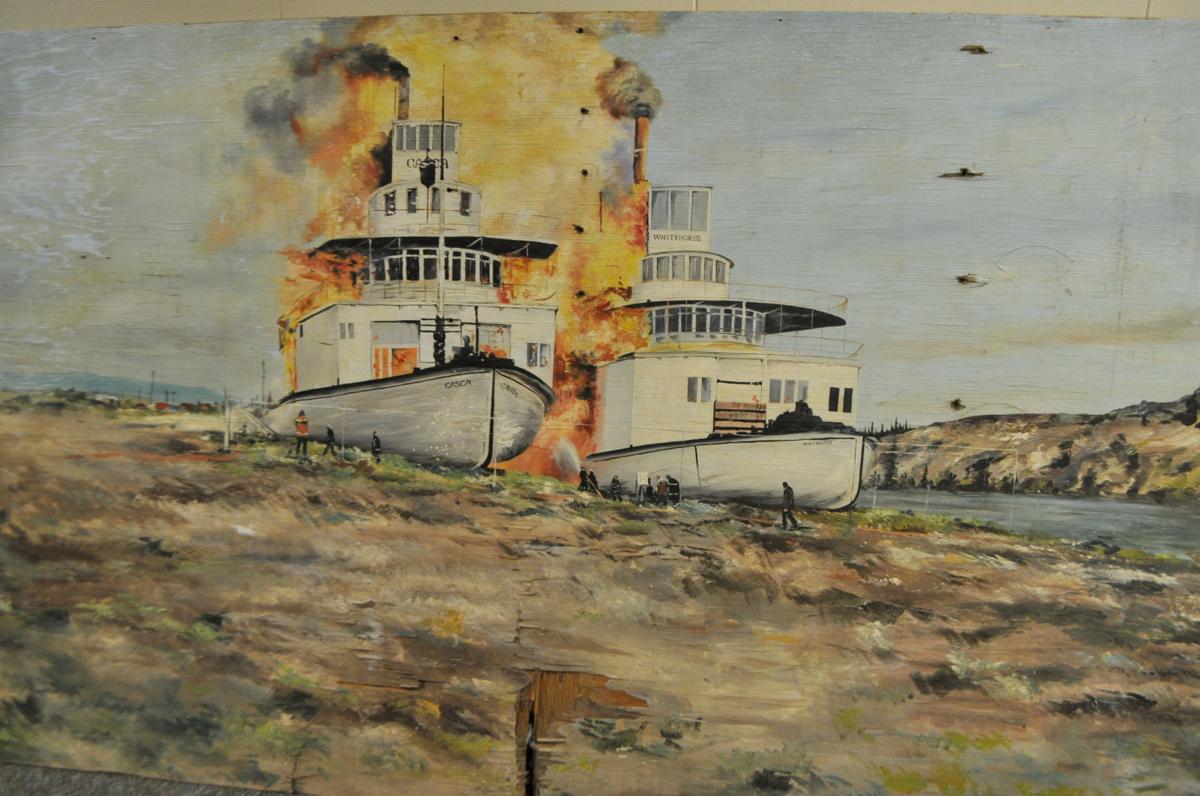 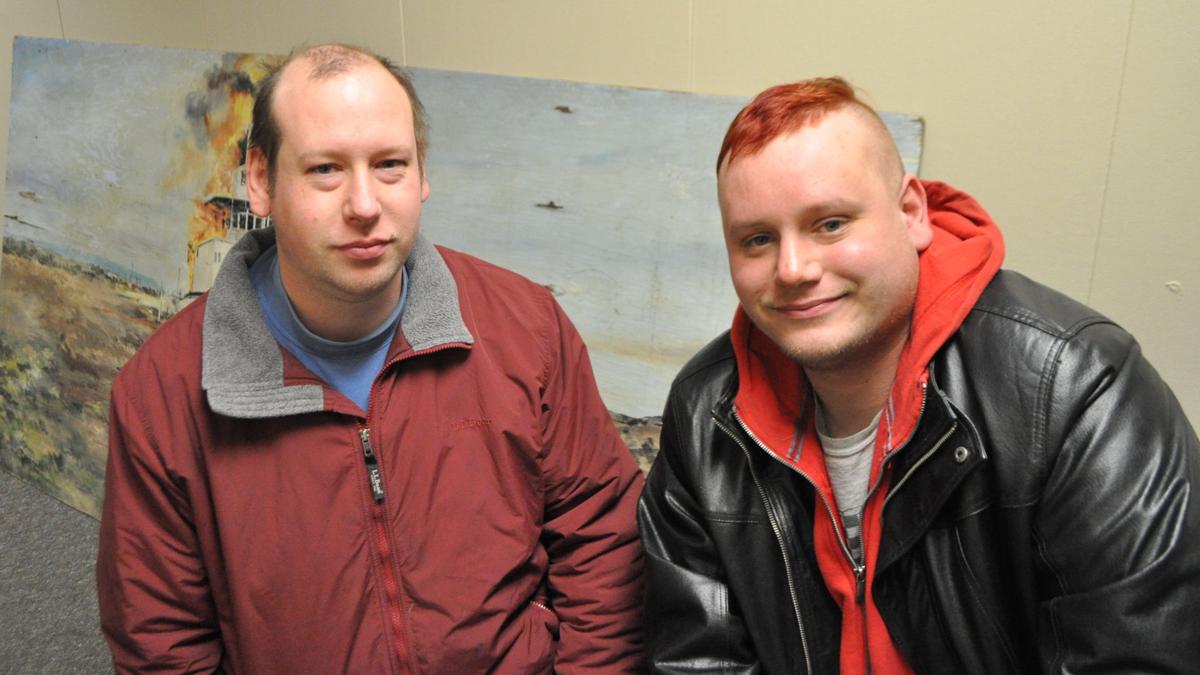 The mysterious "Hazelton" painting sat in the basement of the Luebke home in the Goldstream Valley. Justin, left, and Alex would like to hear from you if you're willing to help restore the painting and give it a good home.

The mysterious "Hazelton" painting sat in the basement of the Luebke home in the Goldstream Valley. Justin, left, and Alex would like to hear from you if you're willing to help restore the painting and give it a good home.

FAIRBANKS—Growing up, the three Luebke brothers were puzzled and inspired by the Yukon history painting that lived in the basement of their childhood home in the Goldstream Valley.

The painting is large — approximately 8 feet by 4 feet. It depicts two drydocked sternwheeler riverboats engulfed in flames. The Luebke brothers don’t know where it came from because it came with their home. It’s signed “Hazelton.” The signature was just enough of a clue to make the mystery of the painting’s origins interesting but not enough to tell them about the painting.

Now that they’re in their 20s and 30s the Luebke bothers are hoping to find the origin of the painting as well as a better place to display it.

“It’s kind of something the rest of the world should see,” said Alex Luebke, the youngest of the three brothers. “It displays a historical event and it’s a really captivating piece. It really feels like you’re in it.”

The Luebke family moved to their home on Monarch Way around 1987. The parents of the three boys had previously been teachers in Grayling, in the western Interior. Alex remembers being interested by the large painting in the basement as a child. It’s one of many early art influences that helped inspire a lifelong interest in art. In his spare time today, Alex draws comics, including a graphic novel called “Admiral Pizza.”

The burning boat painting appears to depict a famous 1974 fire in Whitehorse, Yukon.

On June 20, 1974 two of the last Yukon River sternwheelers had been sitting on the shore for two decades when a fire broke out. Murray Lundberg with the travel website explorenorth.com describes the fire and has photos of it on the website (bit.ly/2f9rfox).

“Although nobody knows for sure how the fire started, it was well known that squatters were living in them (the riverboats), and it is commonly believed that a cooking fire got away from one of them,” he wrote. “As is common in small towns, there is also a persistent rumor that it was the son of a local politician who started it.”

The painting is acrylic on plywood and is worn in the middle. It’s almost to the point of breaking in half from a rip in the bottom middle section.

The painting is available to a good home home, somewhere where someone would display this piece of Yukon art and maybe help restore it, Alex said. If you’re interested in getting in touch with Alex, email reporter Sam Friedman at sfriedman@newsminer.com.