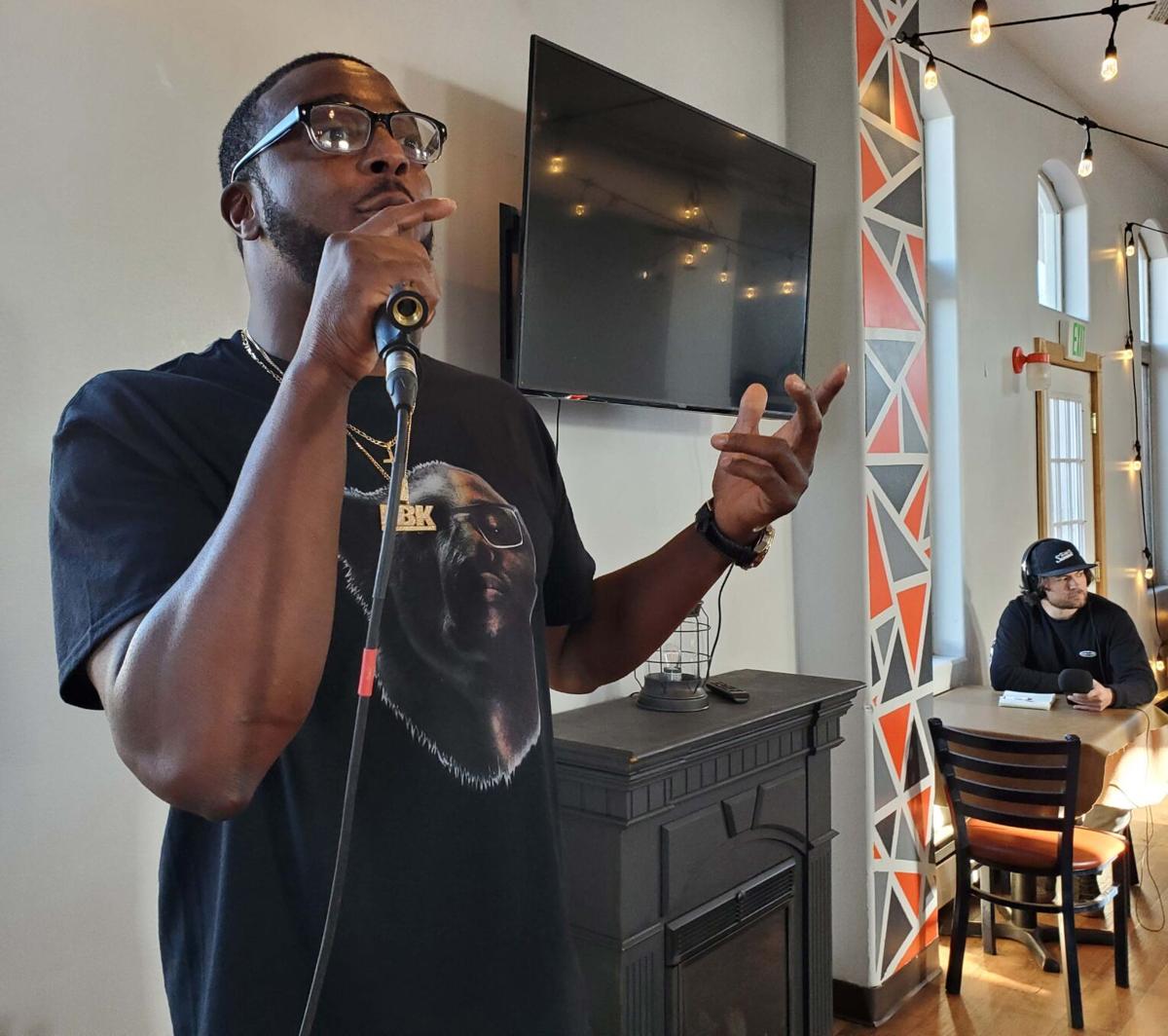 Michael Cofey, who performs as Starbuks, talks to the crowd at an album listening party July 10 at Salty's on 2nd in downtown Fairbanks. 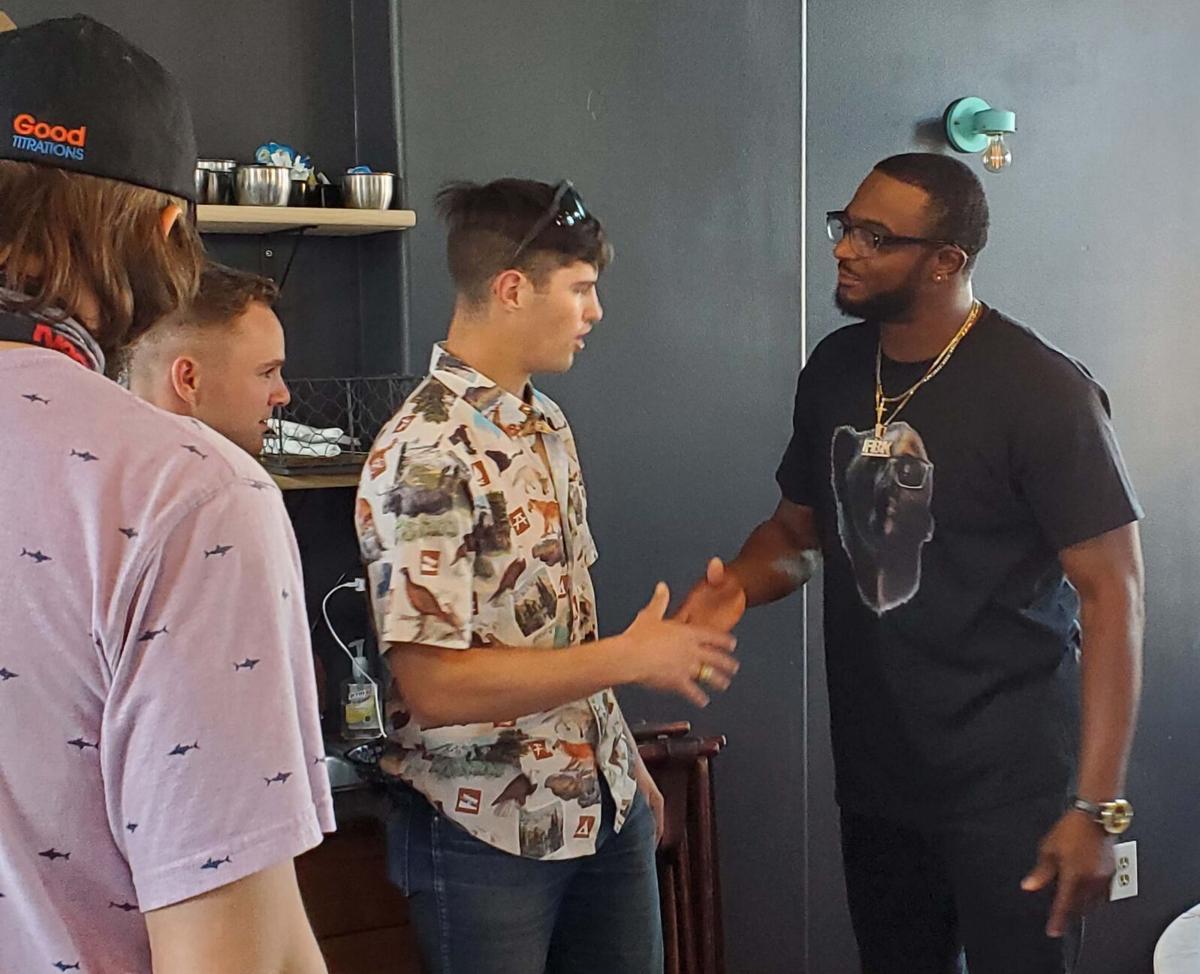 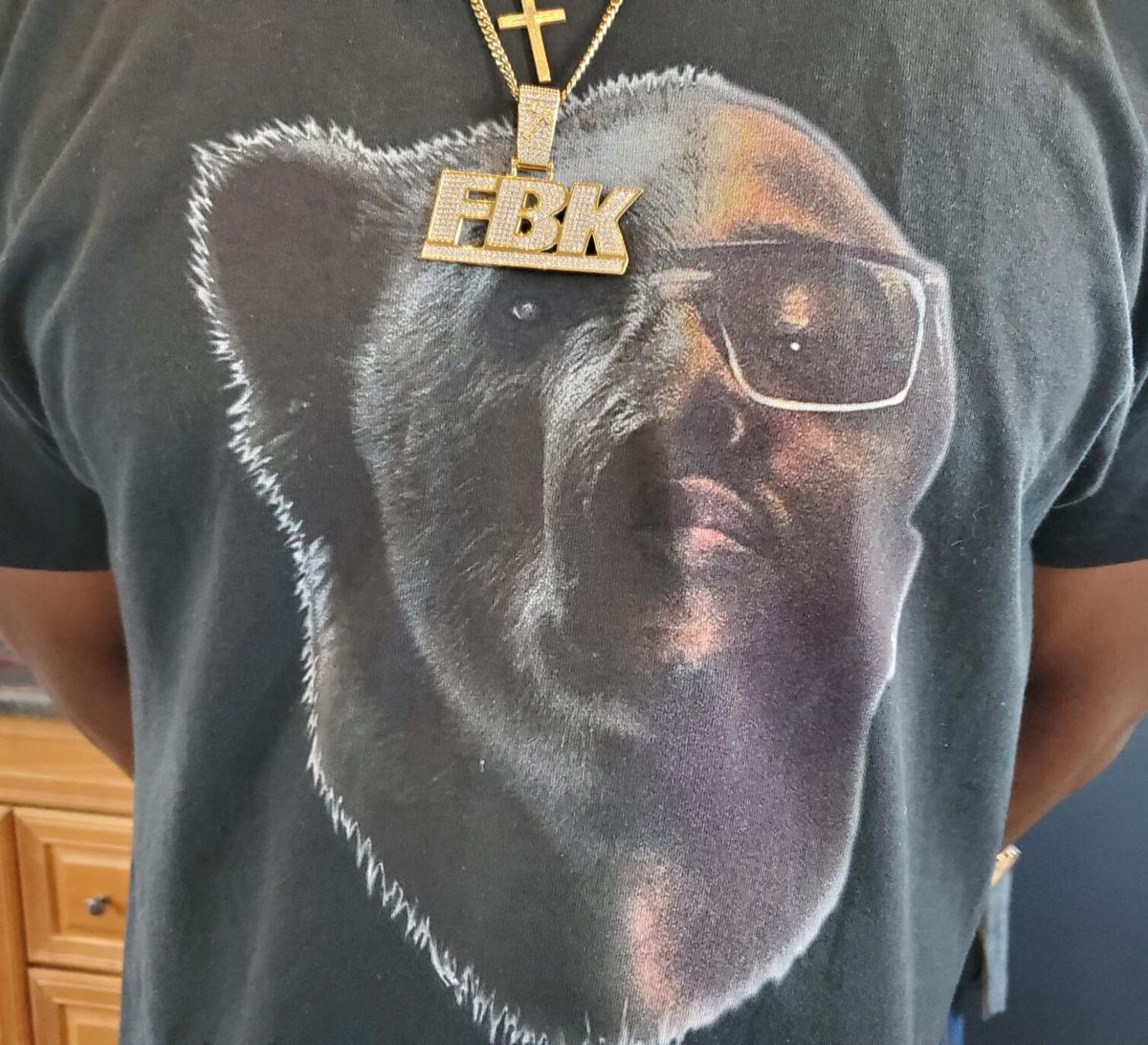 Michael Cofey shows off his Fairbanks pride and a gives a nod to his latest album, "Blacc Polar Bear," during a listening party July 10. 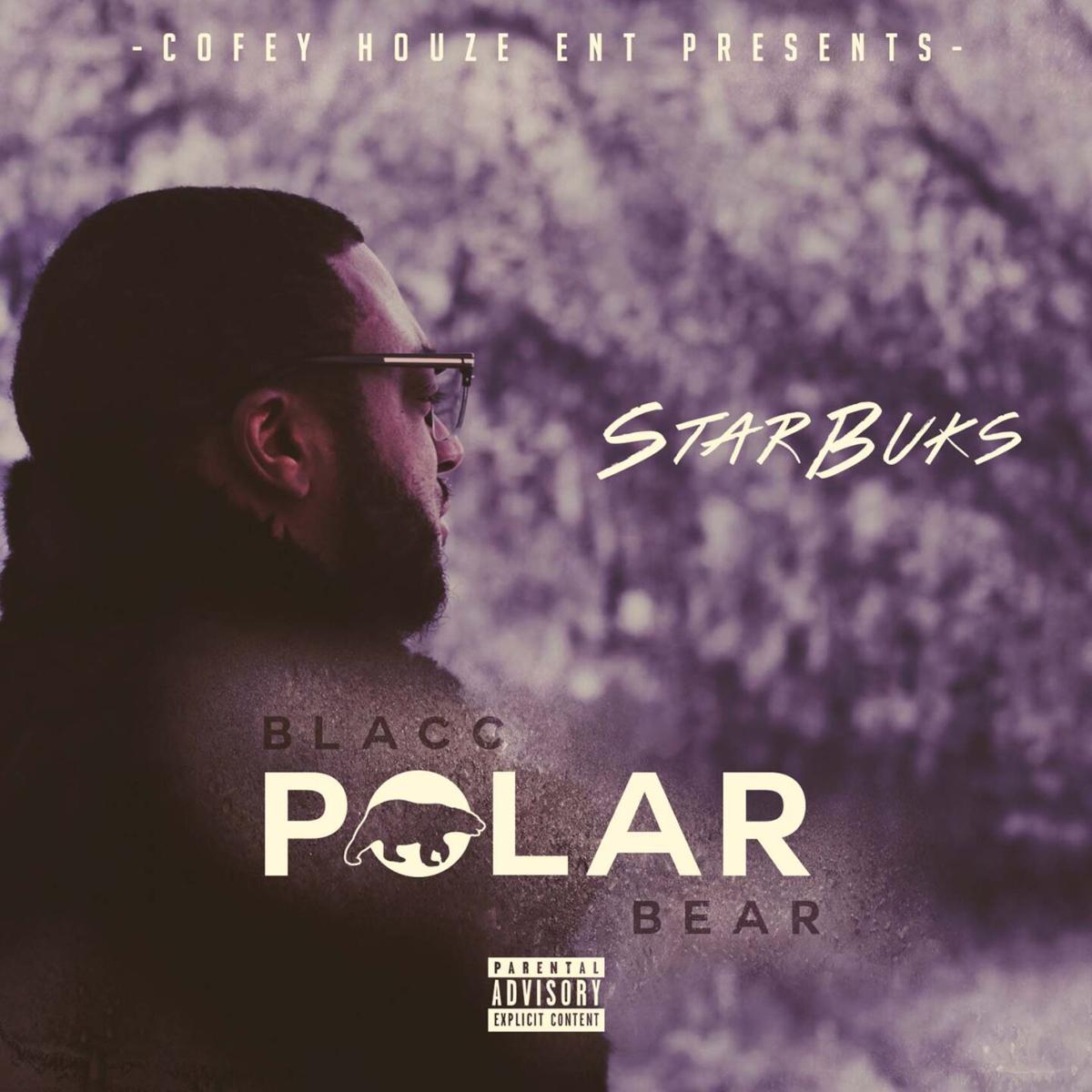 Michael Cofey, who performs as Starbuks, talks to the crowd at an album listening party July 10 at Salty's on 2nd in downtown Fairbanks.

Michael Cofey shows off his Fairbanks pride and a gives a nod to his latest album, "Blacc Polar Bear," during a listening party July 10.

Michael Cofey’s spotlight has not dimmed. If anything, it’s gotten a little brighter, with that light beaming right down on Cofey, showcasing his talents — and his woes.

Cofey is the rapper Starbuks, who grew up in Fairbanks and has made a name for himself in the Alaska hip-hop scene. With a new album out — “Blacc Polar Bear” dropped July 10 — and a new video supporting the album, Cofey knows people are taking notice. That includes both his fans and his detractors.

“I took the theme of a black unicorn and put an Alaska spin on it,” Cofey said of the album’s title. “A black unicorn is bound to nothing, it’s strong and beautiful. I wanted the album to be like that. I wanted to show how versatile it was. I didn’t want it to be just people considering me to be a rapper, you know? I’m an artist.”

The day the album dropped, Cofey hosted a listening party in downtown Fairbanks during which he introduced each track and talked about each song’s inspiration or genesis. Some stories were short and funny, garnering laughs and applause from the crowd. Other introductions were more poignant, like Cofey’s experiences with law enforcement. Regardless of the premise of each song, it was the creation behind the songs that he talked about most.

“I wanted to show people I’m more than just a rapper. I write the music, I arrange it, I bring in musicians, I control the art, and how I want it to look and be presented,” Cofey said.

The 15-track album itself is a range — from hard beats with trap influences to grooveable dance rhythms, each with a melodic flow — and that’s something else Cofey wanted to showcase.

“I wanted to show my creativity, who I am as a rapper and hip-hop artist,” Cofey said. “I feel like if I’m not the best hip-hop artist from here, I’m definitely the most influential over the last five to seven years. Some would call that a boast. I like to call it confidence. I know where I came from, I know where I’m headed, and I also know the foundation I built with my music, my sound and my artistry.”

He tapped into talent from across the state, working and recording with artists in Fairbanks and Anchorage. Rocker and blues man John Shewfelt Jr., who heads up John Shewfelt Jr. and Shot Time, laid down some guitar on the album, providing an audible disparity between Cofey’s raps and Shewfelt’s rocking blues style. And it works.

“Mike always calls me about music. We always talk music,” Shewfelt said. “That’s where our creative relationship started. Mike does hip-hop but he also loves the influence of the drums, the guitar, the bass. Like he always says, he doesn’t want to be put in a box.”

When Cofey wanted to do some guitar on some tracks, fellow Alaska rapper Bishop Slice pitched Shewfelt’s talents. “We have that chemistry together where he’ll let me do my thing and he’ll also give me advice on what he wants. We work together as a collective.”

One thing Cofey wants to help change is the perception of Alaska as a music void, especially when it comes to hip-hop. Too often, he says, Outside artists scoff at Alaska rappers and do not give artists here the credit they deserve.

“They don’t take us seriously because we’re not from the 48,” he said. “‘Oh, you’re from Alaska, how great of a rapper could you be’ or ‘How good of a band could you be, you’re not from New York or California.’ Music is art. It doesn’t matter where you’re at or wear you’re from, as long as you’re creating good music and content and you got a message, it deserves to be heard.”

Cofey isn’t without his critics, though. He’s been arrested and done jail time for past offenses, and currently has a couple of cases working their way through the Alaska court system. He would not comment on any active cases. The album though, he says, has a lot of own life in it — both the good and the bad, including legal battles and run-ins with law enforcement.

He also knows he has his haters, and he’s ready for them too.

“I talk about that in the album, too. ... I turn it into positive energy,” Cofey said. “I lot of the things people have said about me, I’ve heard. I’ve seen the internet trolls. I’ve seen the Facebook posts. People send me screenshots. It does not get me down.”

The hate, he says, motivates him for his music — to write better songs, create better beats, make better albums.

“God has put me where I’m at because he wants me here,” Cofey said. “I’m strong enough to deal with it so I’m dealing with it one day at a time. So if the haters just stopped talking, I’d have no motivation.”