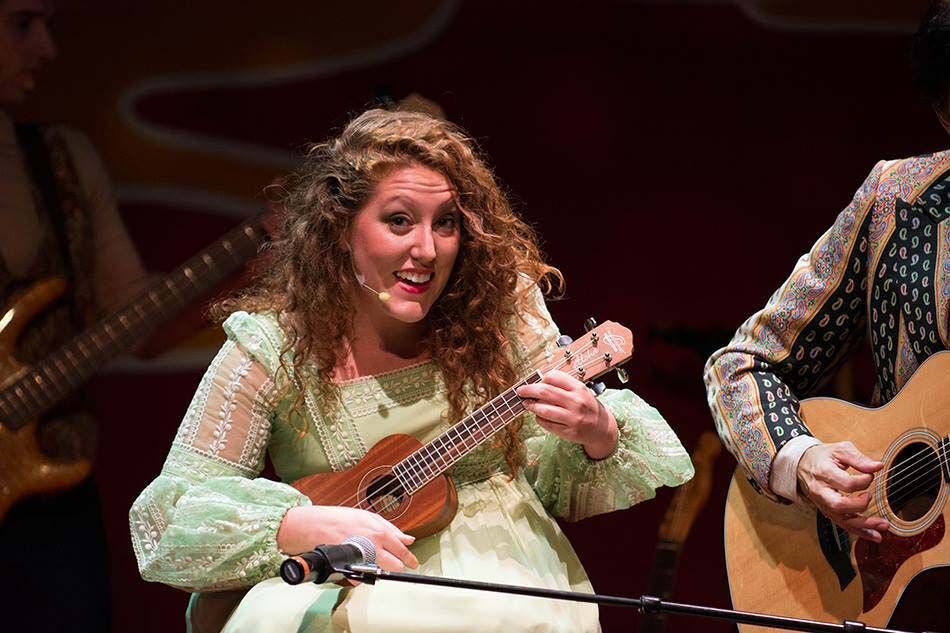 Just before moving to Alaska to perform at Alaska Cabin Nite, Kaitlin Lawrence was portraying Mama Cass in the national tour of "California Dreaming." 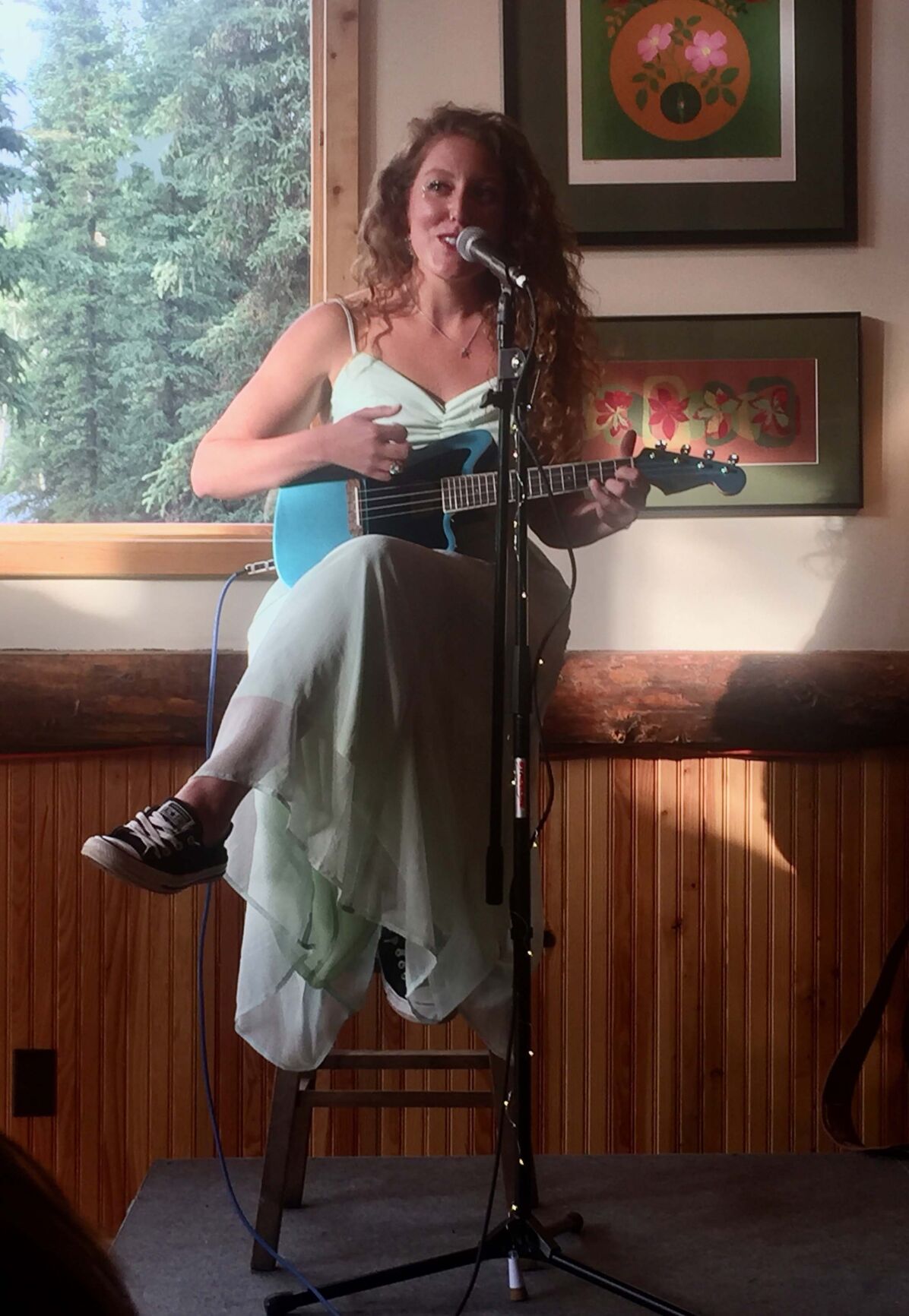 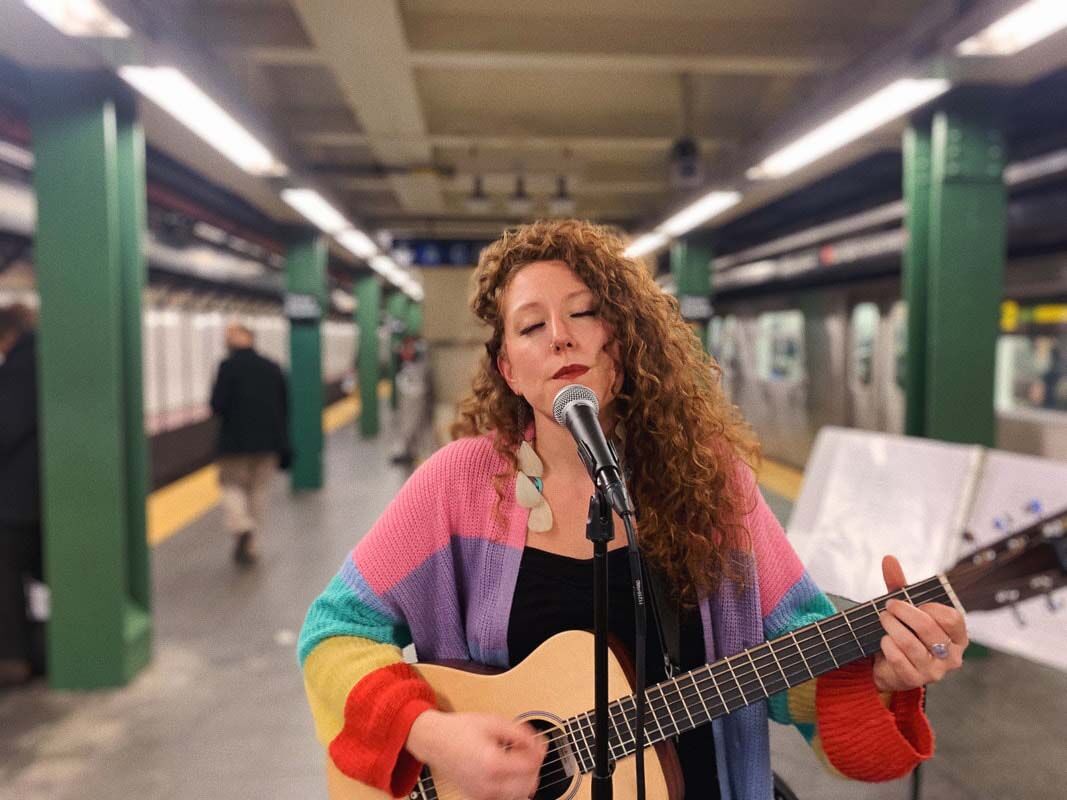 Kaitlin Lawrence and a friend formed the Broadway Buskers and performed on Subway platforms.

Kaitlin Lawrence is center stage during the national Broadway tour of the musical 42nd Street. 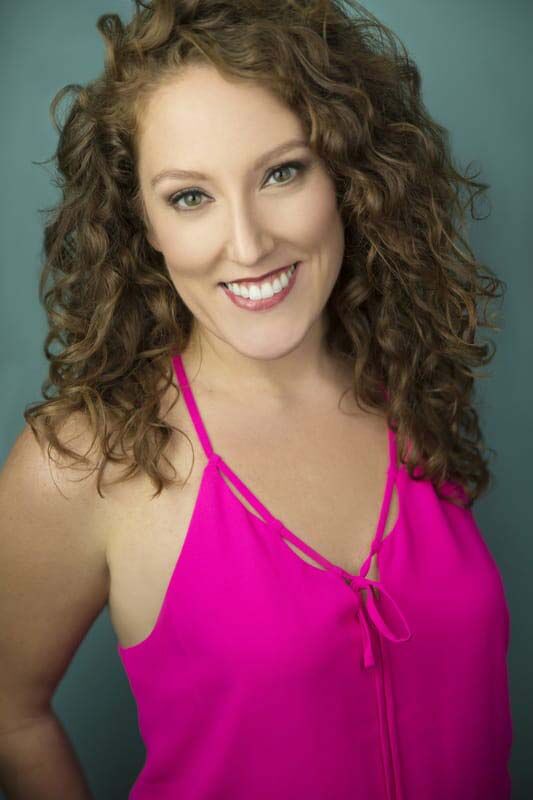 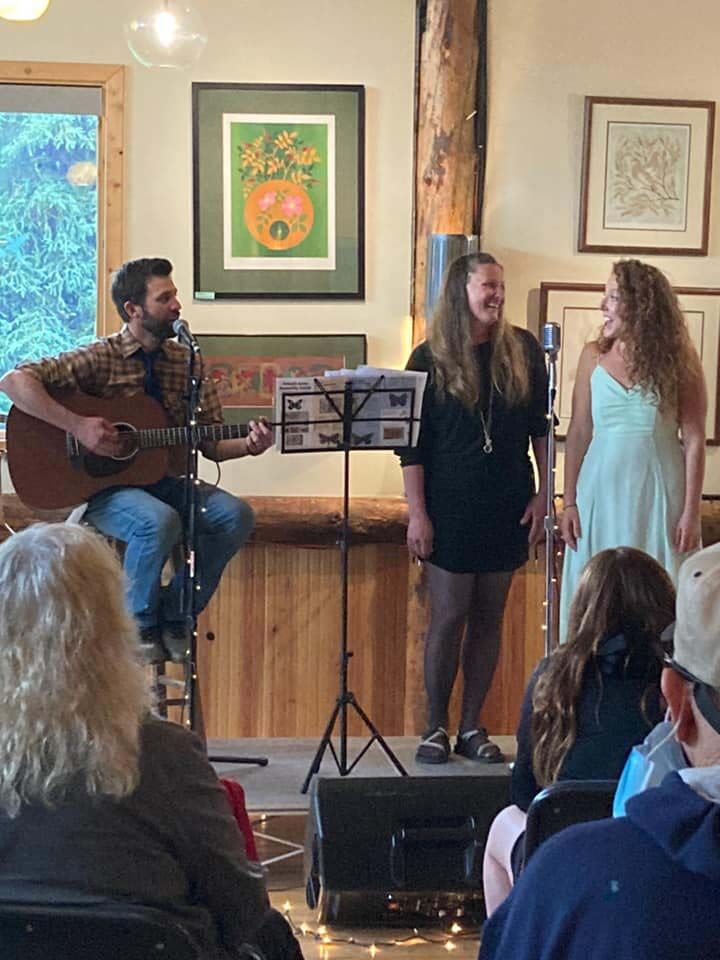 From left, Jake Hill, Jill Tieskoetter and Kaitlin Lawrence share a tune at Broadway In Alaska, the first live performance since 2019 at the Denali Education Center.

Just before moving to Alaska to perform at Alaska Cabin Nite, Kaitlin Lawrence was portraying Mama Cass in the national tour of "California Dreaming."

Kaitlin Lawrence and a friend formed the Broadway Buskers and performed on Subway platforms.

Kaitlin Lawrence is center stage during the national Broadway tour of the musical 42nd Street.

From left, Jake Hill, Jill Tieskoetter and Kaitlin Lawrence share a tune at Broadway In Alaska, the first live performance since 2019 at the Denali Education Center.

What is a performer to do when she loves Alaska but she also loves New York City? Kaitlin Lawrence found a way to live in both worlds and utilize her talent in both places.

She shared her love of musical theater with friends and visitors in Denali last week at a live show she called “Broadway In Alaska.” It was the first live performance since 2019 to be held at Denali Education Center’s Sheldon Center. About 50 people attended and it was a night to remember.

Lawrence is a talented performer. She calls herself a storyteller, telling stories through song. She has found a way to live and work in two very different worlds — Denali National Park and New York City.

“I am fully invested in both,” she said. “One thing they both have in common, that I love, is both cities are places you choose to be in.

“New York City, you love it or hate it,” she said. “You wouldn’t go there to pay the most rent in the country for no reason. I love the energy of being around people trying to make something happen, making their dreams come true. They have a passion, even if they have to live off pennies to do it.”

“It’s also not easy to live here,” she said of Denali. “I’m in a dry cabin. That’s hard for me. But certain sacrifices are made to live in such a beautiful place.”

She said she likes that she doesn’t feel pressured in Alaska.

“No one asks me here what I’m trying to achieve,” she said. “It’s a place that is very forgiving. They let you be you.”

“To me, that is so amazing,” Lawrence said. “It made my life in New York City a little better knowing a place like this existed.”

She first came to the Denali area as a cast member of Alaska Cabin Nite, a longtime musical dinner theater.

“I had just finished a national tour of ‘California Dreaming,’ playing Mama Cass,” she said. She drove all night to reach auditions in Memphis, Tennessee, where she successfully auditioned to come to Alaska.

The contract was for five months. That summer led to a deep connection to the place and the people here. She has returned every summer since 2014.

“I love coming here year after year,” she said. “These people became my family. They are so much more than friends.”

She has done everything from working at the front desk of a hotel to washing dishes, helping Denali Education Center with programs, always teaching yoga and performing whenever possible.

During her second season of Alaska Cabin Nite, she was invited to embark on a Broadway tour of the musical “42nd Street.” The local director made it work that season, so she could accept that offer.

“That meant so much to me,” she said.

In 2019, she and a friend formed the Broadway Buskers. They dressed up and presented high energy performances on Subway platforms. That led to an audition for America’s Got Talent and a job performing at a wedding.

“I always bring the Broadway style,” she said. “We full out sang our songs and we had a great reaction.”

The Broadway Buskers had to take a break when Covid-19 hit. That whole year marked a big change for her and everyone in her profession.

“March 12 is what I remember,” she said. “Ever since that day, I never had a theater job.”

Isolated in her New York City apartment, the only social interaction she had for months was at 7 p.m. every night. Everyone in the neighborhood would open their windows and clap out the window, in support of essential workers. It was dubbed “Clap Because We Care.”

She’ll never forget the quiet that descended upon New York City. She called it Denali-quiet.

This summer, she filled her time with Denali jobs, even helping out with young campers at Denali Discovery Camp. But it was nice to finally be able to perform again for a live audience with this one show — especially since the audience was filled with friends.

“My hope was to be as authentic as I possibly can be,” she said. “When you let the light shine in, you give permission for others to shine.”

Alaska is filled with talented people and many of them live at Denali. She pointed to local resident Tara Cicatello, who tap-danced along to one of her songs.

“Hidden talents are everywhere, which you wouldn’t expect,” she added.

Lawrence is headed for a new gig now, as director of theater and dance for St. George’s School in Rhode Island. She worked there part-time during Covid-19 and now will fill the position full-time.

“That’s the silver lining of this pandemic,” she said. “I look forward to going to work every day.”

As always, it’s not easy to leave Denali.

“But thanks to the many moments of stillness throughout 2020, I realized that dreams are fluid and life is unpredictable,” she said. “My show ‘Broadway In AK’ at the Denali Education Center represented my change in perspective, need for grounding and connection, and belief that you can have it all.

“I’m so grateful for the opportunity to share my passion for musical theater with my Alaskan family. I can’t wait for next year.”

For more on Kaitlin Lawrence go to www.kaitlinlawrence.com.