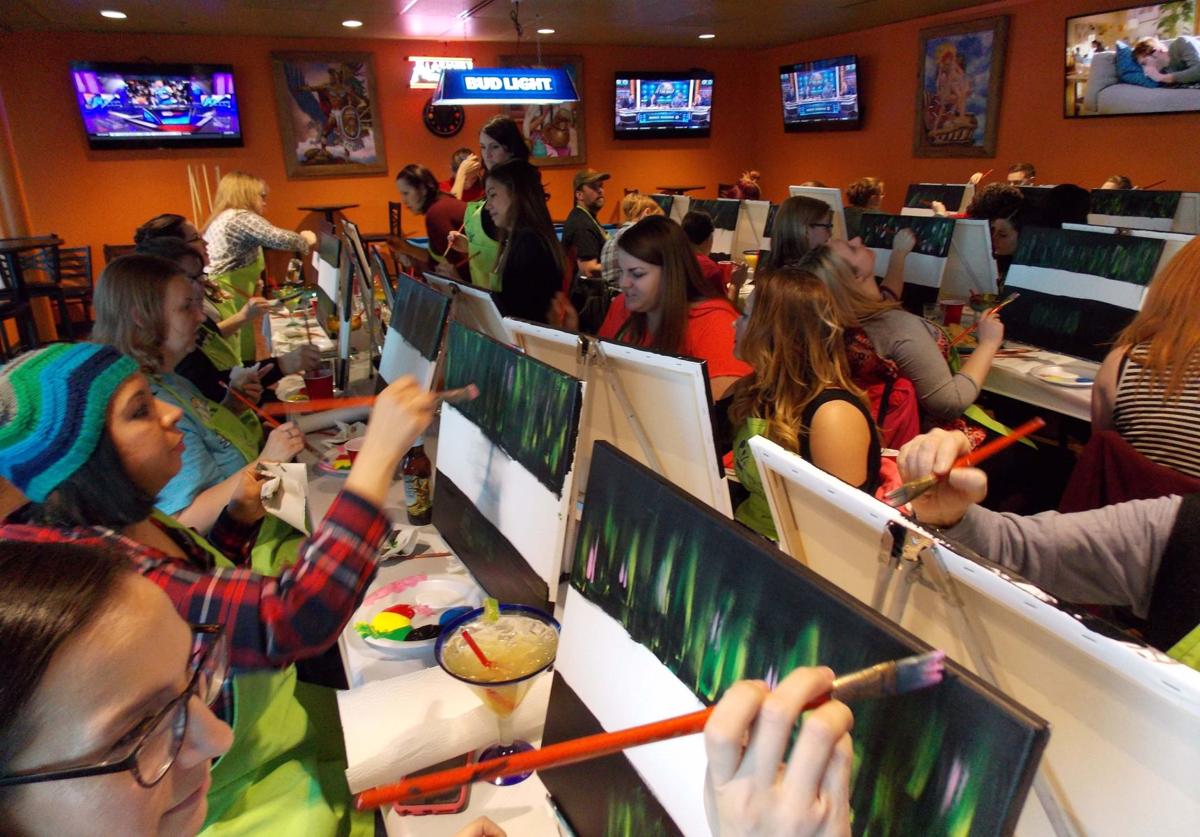 Forty would-be artists participated in a Paint Nite at Mayan Palace. Each went home with a somewhat unique version of a mountain scene. 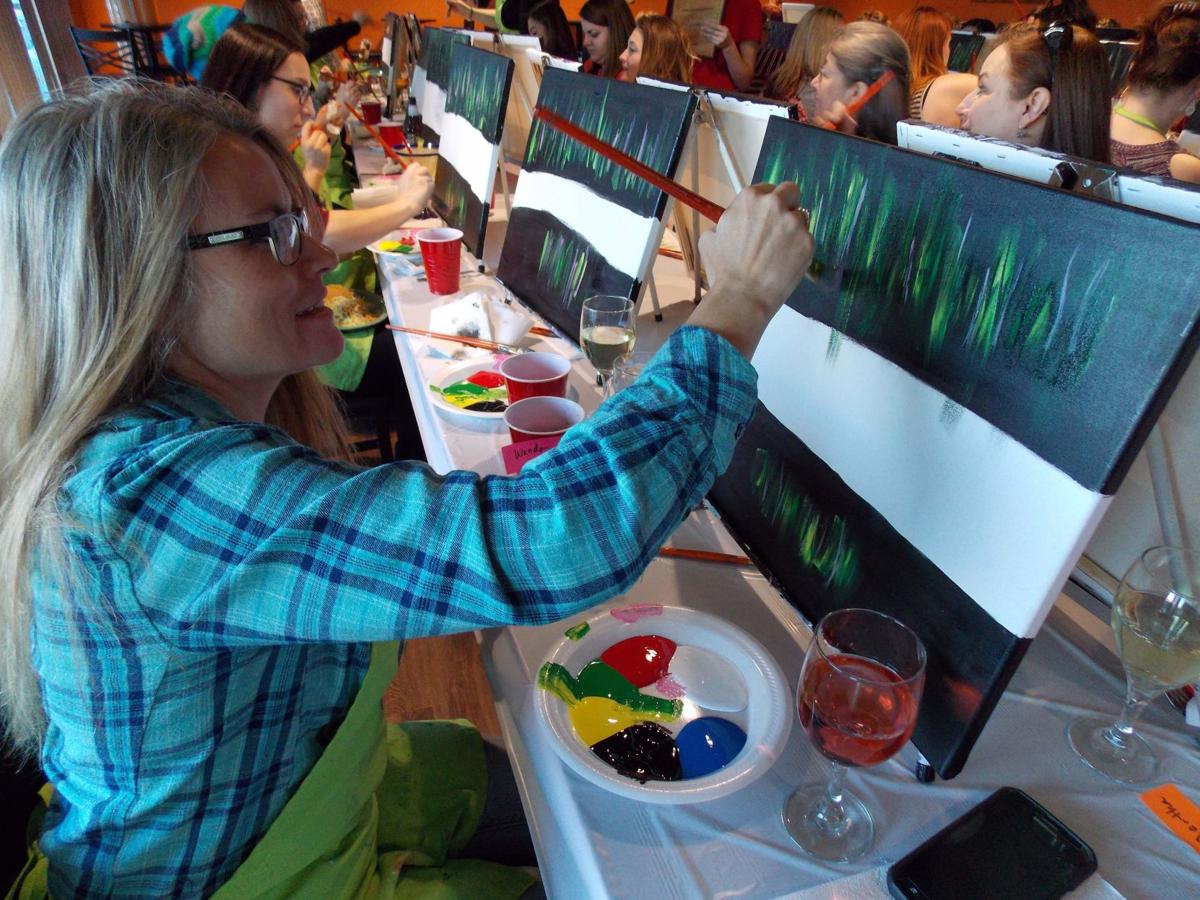 Wanda Bezona took her first Paint Nite seriously and said she is ready to attend more.

Forty would-be artists participated in a Paint Nite at Mayan Palace. Each went home with a somewhat unique version of a mountain scene.

Wanda Bezona took her first Paint Nite seriously and said she is ready to attend more.

FAIRBANKS — When pictures of people having a good time at Paint Nite events began surfacing all over Facebook I paid no mind, except to think, “Isn’t that cute?”

But then a much younger, way bubblier friend got possessed with the idea to go. My inclination was to run the other way, to plead, “I’m much too busy for such foolishness,” or maybe even, “I don’t want to pay money for this; I already know I can’t paint.” She’s such a good sport in so many ways I decided to comply and even recruited other friends to join us.

This isn’t a last-minute decision. Paint Nites fill up rapidly so you have to plan ahead. Bookings are done online with attendees selecting the art they want to paint, everything from outhouses in the moonlight to flowers, scenery, animals and fantasy scenes. The normal price is $45 but there always seem to be coupon codes to cut the cost.

My big night was March 16 at Mayan Palace with 39 other would-be artists. Our subject was a mountain scene with the northern lights dancing in the background. Instructor Jenni Sottile exhibited no obvious jitters as she confidently led the way on her first night with the company. Wearing a headset and painting by example, she walked the class through a step-by-step, fast-paced process. All 40 participants went home with a painting, each one unique but along the same theme.

If you saw my painting you’d know I wasn’t taking Paint Nite seriously, but it was a fun experience with good friends, sipping wine and noshing on nachos while we painted. Peppy music played in the brightly lit sports bar, and laughter and excited chatter resounded as the mostly female audience worked (or in my case played) with their canvas and paints.

Brittney Cameron, whose Paint Nite business card labels her master artist and party queen, said, “This is a party with a little paint thrown in.” Paint Nite, a national business with local hosts and teachers, arrived in Fairbanks last July. It now has four teachers and four venues. Paint Nites can be public or private; they can be for corporate team building or can be fundraisers for nonprofits. One recently held in Fairbanks for the Autism Society of Alaska attracted 80 people and raised $1,200 for the charity.

“It’s exploding,” Cameron said. “It’s something different to do in Fairbanks.”

Jessica Ives has taken to Paint Nite so much that she attends as many as four per week with her relatives and friends. “We check the website regularly,” Ives said. “We make it into a family affair. We visit, have fun, hang out, laugh and have something cool to take home.”

She created a collage of all her paintings. ‘They are clumped together like one big art piece,” she said. “I’ve learned a lot from these classes. It’s so much fun.”

One of the keys to achieving a satisfying painting is realizing you can overdo it. “The hardest part is knowing when to put the brush down and walk away,” Cameron said during the class.

I listened to that sage advice before I totally messed up my mountains and aurora by dabbing on more and more white paint for snow. The piece hangs in a room we don’t go into very often. I have a feeling as wonky as that painting is when I see it I will smile because it’s a reminder that I’m not too old to try something new.

Nancy Tarnai, a former News-Miner reporter, has been writing about Fairbanks since 1995. She can be reached at njtarnai@gmail.com.