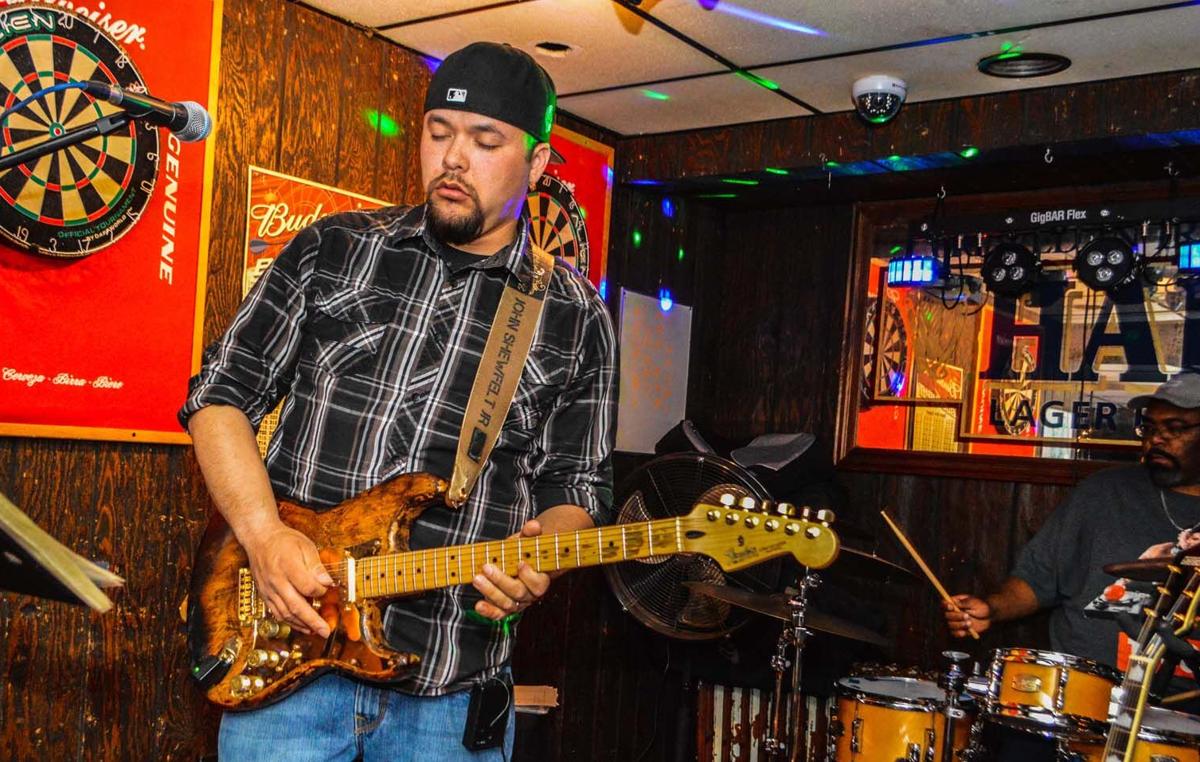 After a year-long closure, the Howling Dog Saloon reopens Friday with live music by John Shewfelt Jr. and his band, Shot Time. 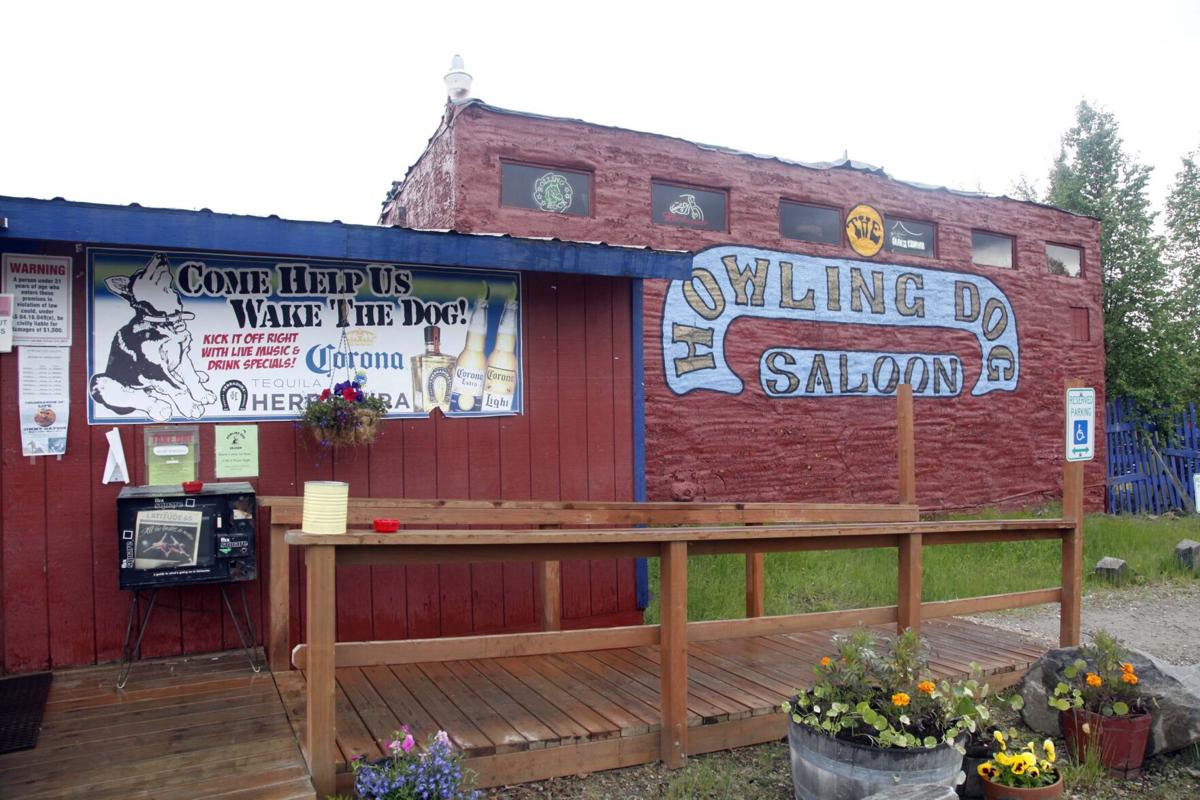 The Howling Dog Saloon, 2160 Old Steese Highway, opens for the season on Friday. 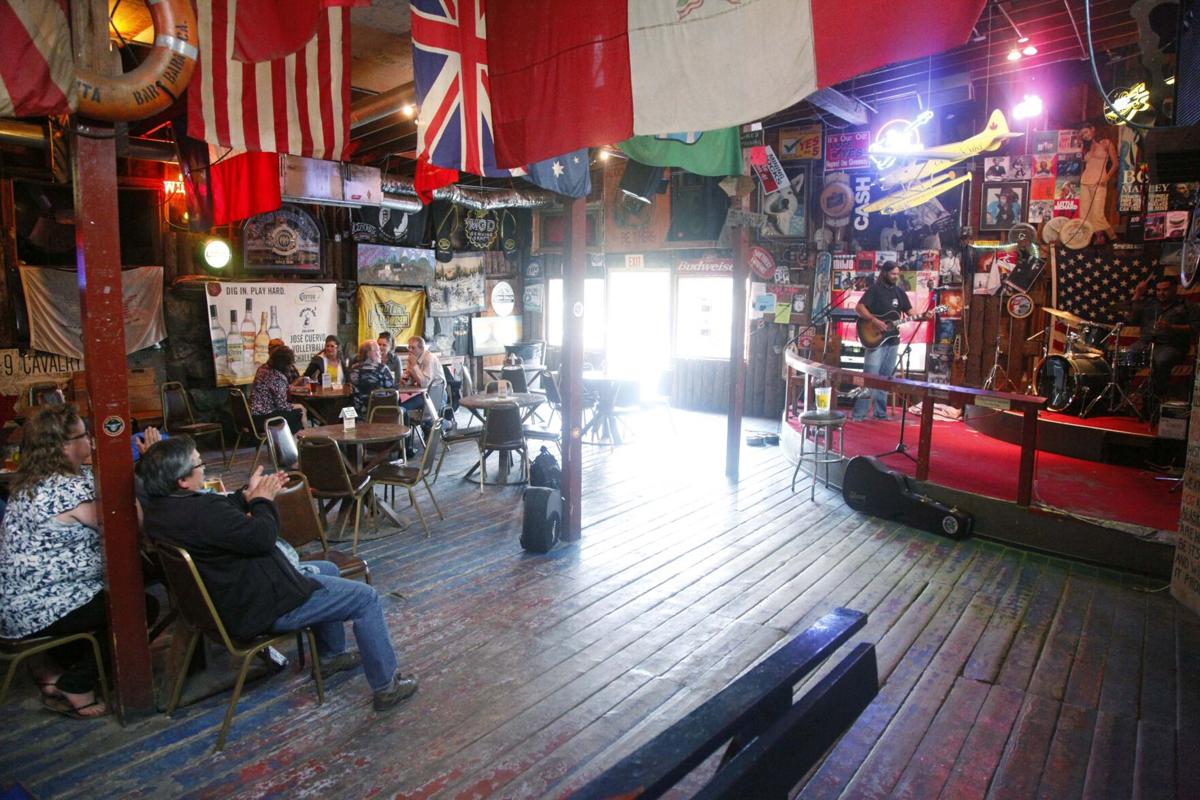 Regardless of how many people occupy The Howling Dog's dance hall, a lively energy always fills the room.

After a year-long closure, the Howling Dog Saloon reopens Friday with live music by John Shewfelt Jr. and his band, Shot Time.

The Howling Dog Saloon, 2160 Old Steese Highway, opens for the season on Friday.

Regardless of how many people occupy The Howling Dog's dance hall, a lively energy always fills the room.

After being closed last year, the Howling Dog Saloon reopens for the summer on Friday. John Shewfelt Jr. and his band, Shot Time, will be waking up the Dog in 2021.

Owner Ralph Glasgow is excited to reopen the dance hall and saloon and bring back the unique atmosphere of the Howling Dog.

“We’re all excited, we love our people [and] our people love us,” said Glasgow, who purchased the beloved establishment in 2003.

Located up the Old Steese Highway in Fox, the bar started during the boom years of the trans-Alaska pipeline. Decades later, the Howling Dog — also known as the farthest northern rock ‘n roll bar— remains an extremely popular live music venue, offering an eclectic mix of performances every weekend of the summer.

During weekdays, it serves as the local watering hole, he explained, while on weekends it is a rock and roll club.

“This venue will always have live music on the weekends ... you can depend on that,” said Glasgow. “We’re proud that we support live music.” The bar hosts jam nights on Thursday evenings. Fridays typically feature a smaller, often blues band, while Saturdays have larger rock and roll bands, according to Glasgow.

This year, live music is starting off strong with John Shewfelt Jr. and his band Shot Time playing Friday night. As he does most Fridays, Mike Stackhouse is warming up the stage for the opening act.

Shewfelt explained that Shot Time plays an eclectic mix of genres as well as a combination of covers and original music.

“We try to hit everything so everyone leaves happy,” he said. Entertaining is what it’s all about, said Shewfelt. Every time he gets on stage, his goal is to “give someone a good time and take away from the craziness of the world.”

Shewfelt strives to involve the audience in the performance, so people feel as if they are participants rather than onlookers. To get people amped, the band puts a lot of energy into shows right from the start. “When we get on stage, that’s go time,” said Shewfelt, “We start at 100 and go from there. We’re gonna hit it hard.”

Shewfelt is eager to return to the Howling Dog, where he has been playing for over a decade.

“The Howling Dog is historic,” said Shewfelt, “It’s a great place.” As a musician, the Howling Dog has “an allure about it” that makes Shewfelt look forward to playing there each summer. He is excited for the opening night because “it gives people a chance to get out there and experience the unique atmosphere of the Howling Dog.”

The bar’s friendly and inclusive atmosphere draws diverse clientele. People from across the world walk into the Howling Dog and immediately fall in love, said Glasgow.

“It’s funk, it’s history,” he said of the bar, which he described as having the atmosphere of an old roadhouse bar complete with a “funky” dance floor. The Howling Dog is also the venue for popular fundraisers such as Foodstock and the Permafrost Beard contest.

The Dog’s re-awakening is even more highly anticipated than usual considering a dismal 2020. The bar typically opens around Cinco de Mayo— a “good excuse for everyone in bars to drink tequila,” according to Glasgow— and closes in late fall.

Glasgow recounted that they were prepared to open in 2020, but Covid case numbers kept rising. As a group, the Howling Dog decided to err on the side of caution. They kept pushing the opening date back, but ended up deciding it wasn’t worth attempting to open at partial capacity and cancelled the season.

“We just felt like it wasn’t really safe,” Glasgow said.

This year, though, is looking much more promising for the Howling Dog. Shewfelt acknowledged that “we’re not out of the woods [of the pandemic] yet,” but believes that it is possible to “go back to having great times while being safe” and taking Covid-19 precautions. Looking forward to the upcoming weekend, Shewfelt urged people to come out to the Howling Dog.

“Let’s get back to normal and let’s make some memories,” he said.