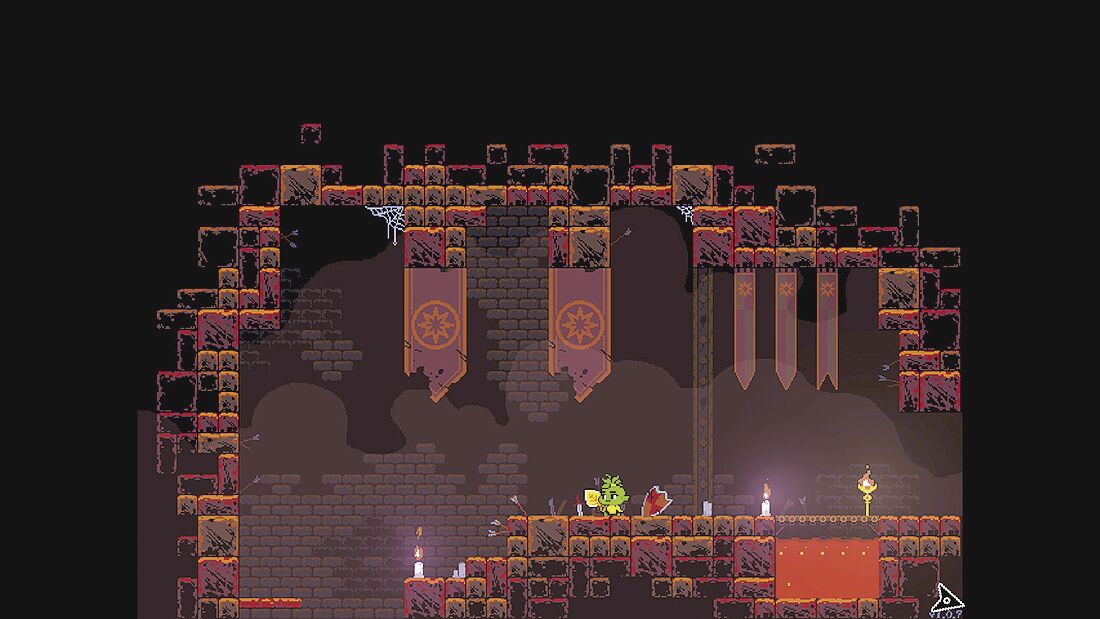 "Lorera" is a vehicle for detailed visuals in a laid-back atmosphere. 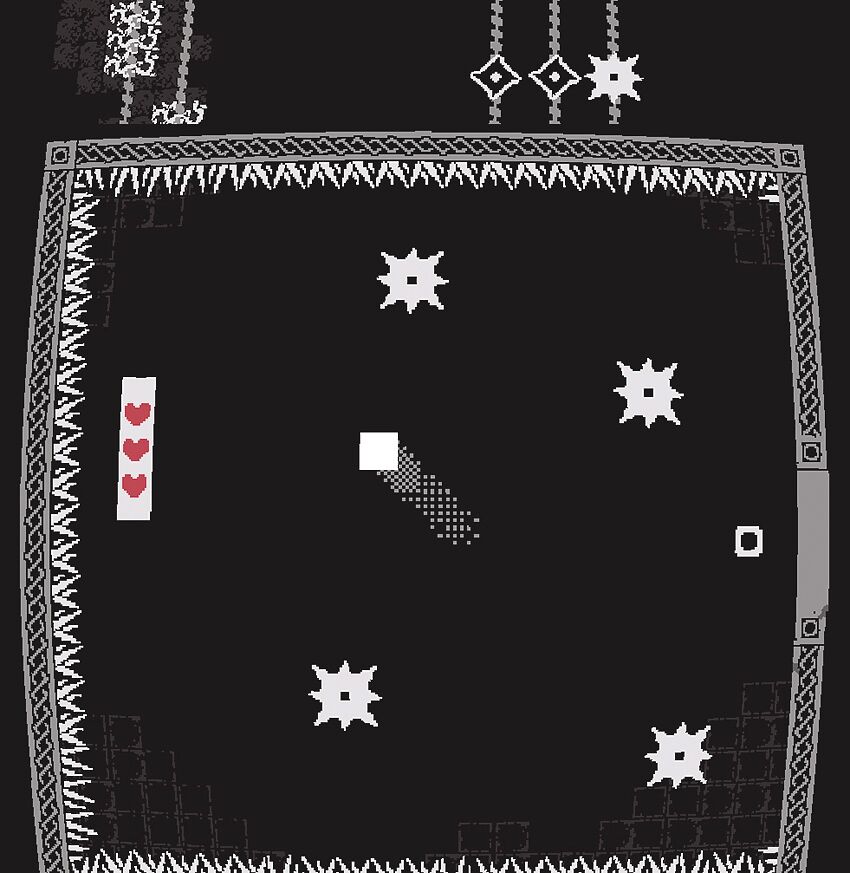 "qomp" puts an anti-Pacman spin on "Pong" in which the player is the ball.

"Lorera" is a vehicle for detailed visuals in a laid-back atmosphere.

"qomp" puts an anti-Pacman spin on "Pong" in which the player is the ball.

After percolating in various iterations throughout the last few years, indie developer StuffedWombat’s “qomp” has finally released on Steam and Itch. “qomp” puts an anti-Pacman spin on “Pong” — you are the ball. As opposed to a two-player table tennis match, “qomp” manifests as a level-based action game with light puzzle elements, almost a platformer but not quite. The ball automatically drifts across the screen, and the player must guide it from checkpoint to checkpoint through hazardous levels by changing its velocity from upward to downward or vice-versa.

A multitude of other mechanics are built around this, but the central player action — toggling movement up or down on a diagonal — is remarkably simple. The audio and graphical styles mirror this impression, going for subtlety and consistency above all else. As the hour I spent in the main narrative went by, I was continuously shown new twists on this concept — and when I took on the challenge levels, the combination of these mechanics refreshed the entire experience for me.

“qomp” naturalistically introduces and explores concepts from a variety of other games. There are places where levels rotate a la “Super Castlevania IV” (albeit 90 degrees at a time), sections where it turns into an impromptu snake game, surprisingly intuitive water levels, player-made traps, sections best explained as semi-riffs on “Undertale’s Muffet” boss, and homing enemies reminiscent of “Super Meat Boy,” among others. Boss battles and level geometry collide with these to form puzzles. A good half of the challenges in the game are based around toggling obstacles that move in a clockwork rhythm, and virtually everything in “qomp” is on some level clearly predictable in much the same way most things in “Mega Man 2” are.

Factoring in its decent replayability and its simple but effective narrative (the tone really shifts at the outset of Act II), “qomp” is a great execution on the conceptual experiment from which it derives (StuffedWombat’s earlier “Pomg”) and undoubtedly worth the development time, deliberate and welcome curtness aside.

“Lorera,” currently the only game by indie supergroup 96Brothers and one of many games featuring the work of sprite artist Miroko, would be the textbook example of a very specific kind of indie work: the Itch-and-Twitter-circles’ shorter-form polished project.

Like OneShot or Temmie Chang’s games, “Lorera” is a vehicle for detailed sprite visuals and a laid-back atmosphere. Like the 10mg games, Salman Shurie’s catalog or StuffedWombat’s “Steam” output, it’s an exercise in experimenting around and supplementing an approachable core. To word this in a less game-reviewer-y manner, “Lorera” is a game with pretty art and a nice grappling hook, which, more often than not, is enough to support an entire experience, as with “Crumble” or “Bionic Commando.” This is a tried and tested maxim that the game deftly proves. It’s practically a fact. Everything is better with grappling hooks, and “Lorera” shows just how much difference a good grappling hook can make.

At the beginning of the game, the grapple is inherently unsatisfying — it’s tricky to use, it doesn’t create momentum, and it doesn’t offer much utility. As you get upgrades, however, this deliberately clunky and annoying tool quickly transforms into a versatile repertoire of entertaining abilities. By the end of the game, you can zip over to ceilings and bounce up walls with the reel, propel yourself into whirling pendulum swings with the punch, and skip entire challenges that once would have bordered on the impossible. The progression of the player character is felt in the gameplay itself, and the quiet experimentation of the ideas in the game — its password-based campaign, its passively timed secret-hunt, its tiny connected whimsical world — makes up for its flaws.

I found the soundtrack thoroughly unexceptional and one bug blatant (grapple repeatedly and the screen-shake will slowly slip out of control), but otherwise, “Lorera” lived up to its price-tag and short runtime.

Gaget is a student in Fairbanks public schools, and has developed a number of free games. He is a neutral game reviewer.