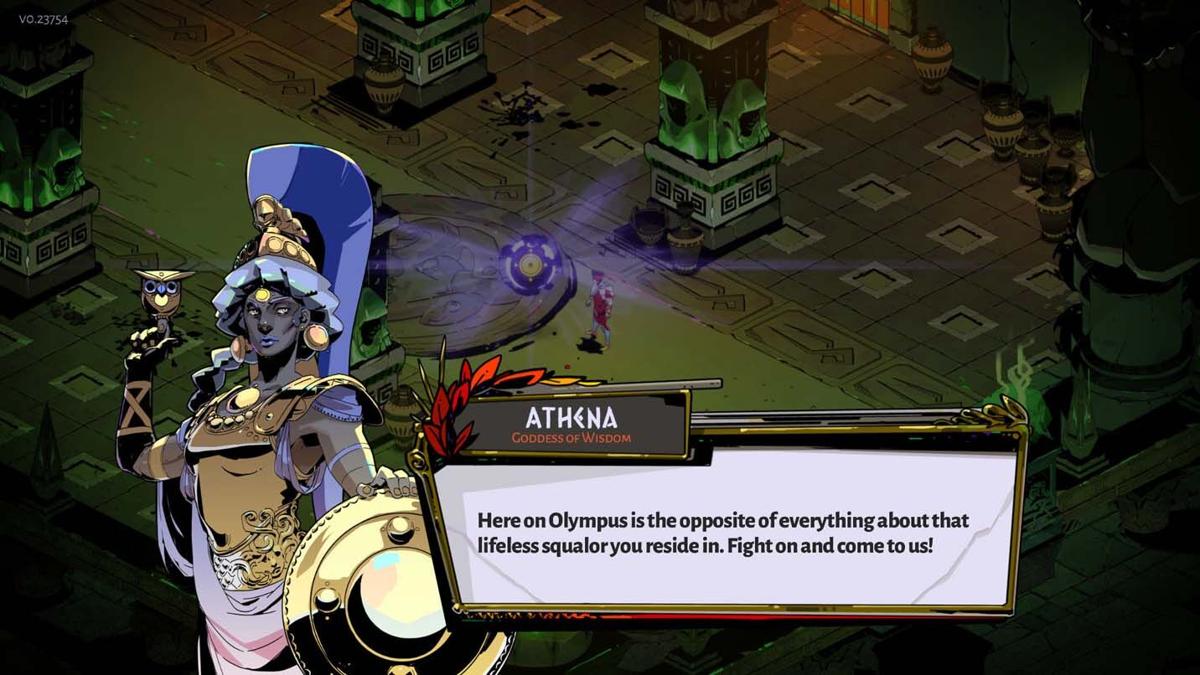 Combining perfectly honed combat with masterful characterization and storyline, Supergiant Games has taken a crowded genre to the next level with "Hades."

What sets “Phasmophobia” apart from other ghostly games is its use of the microphone. The game — and its ghostly apparitions — are always listening for vocal clues from the players in order to move the gameplay along and potentially reveal clues for your investigation. 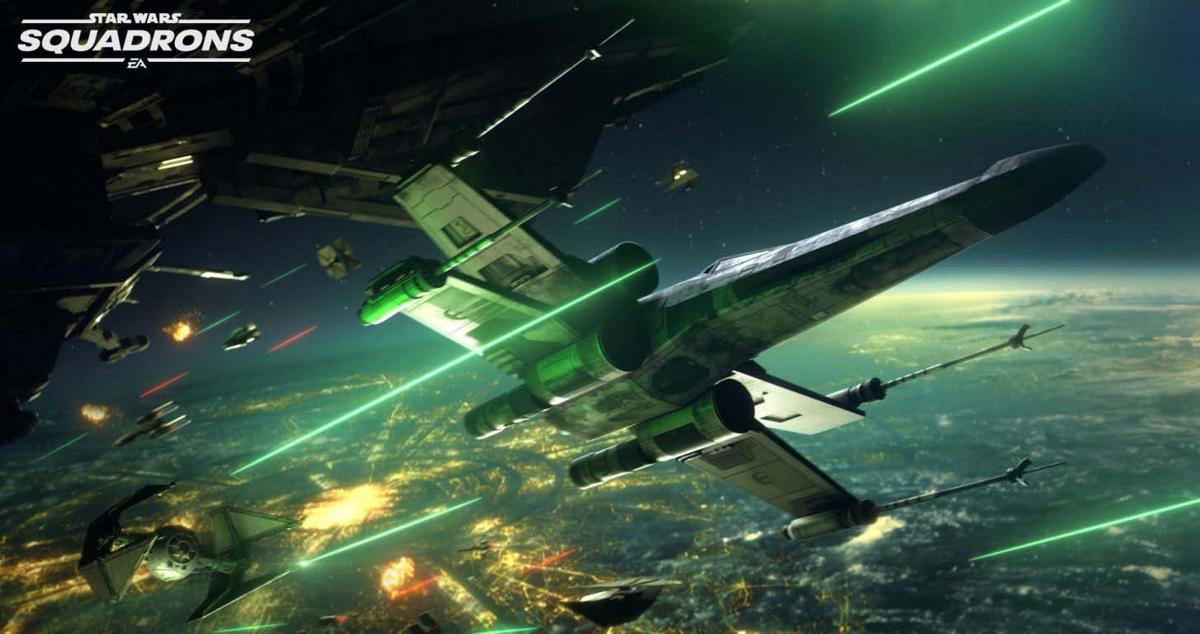 “Star Wars: Squadrons,” available now for PCs, PlayStation 4 and Xbox One, is an incredibly good VR experience that most represents what it’s like to be in a theme park.

Combining perfectly honed combat with masterful characterization and storyline, Supergiant Games has taken a crowded genre to the next level with "Hades."

What sets “Phasmophobia” apart from other ghostly games is its use of the microphone. The game — and its ghostly apparitions — are always listening for vocal clues from the players in order to move the gameplay along and potentially reveal clues for your investigation.

“Star Wars: Squadrons,” available now for PCs, PlayStation 4 and Xbox One, is an incredibly good VR experience that most represents what it’s like to be in a theme park.

This year was a lot of things — most of them not so great — but on the positive side of things it was a pretty great year for games. With all this newfound time at home, we found new ways to connect through online games, saw old genres get new life, got some much-needed nostalgia, introduced some excellent bit-sized games and had plenty of big stories to play through.

As this year ends, I wanted to take some time to reflect on the games that were most important in helping me get through this tough year. I hope you found an escape this year, too.

Connecting with friends with ‘Phasmophobia’

There were a ton of great multiplayer games that either came out this year or finally found their audience in the pandemic. There’s the fantastic lie-to-everyone game of deduction in “Among Us,” the madcap mayhem of “Fall Guys: Ultimate Knockdown” and the serenity of the at-your-own-pace oasis of “Animal Crossing: New Horizons.” But for me, nothing quite matches the spooks of “Phasmophobia.”

“Phasmophobia” is an early release game where you and a group of friends poke around a variety of abandoned homes and buildings to determine just what kind of ghost or ghoul is haunting the place. It’s silly, sometimes spooky and always a little bit different. The game requires you to use a microphone, allowing the ghost to respond to your voice in a whole bunch of ways.

Call out “Give us a sign!” and the ghost might flick on the lights. Call out “You’re a big ol’ coward and a jerk and you’re probably too afraid to even show us anything!” (edited for printability) and you might just lure the ghost into a hunt. You just better know where the nearest hiding spot is.

All my childhood, I’ve been intrigued by flight simulators but never really been in a place where I had the time or patience to really check them out. That changed this year with two very significant releases this year in “Microsoft Flight Simulator,” which is currently PC-only but coming to the Xbox, and “Star Wars: Squadrons,” which is available on PC, PlayStation and Xbox.

“Flight Simulator” is a magical experience that runs satellite images and other data together into a very believable 3D rendering of the entire world. Beyond the tutorial, there’s not a ton of guided content for it but why would there need to be? I’ve spent many serene hours flying around Alaska, checking out my hometowns and flying over distant cities. It’s truly impressive and reinforces the respect I already had for pilots—turns out it takes a while to fly anywhere!

On the flip side of things is “Star Wars: Squadrons,” which brings the same kind of impressive realism of “Flight Simulator” to the fantastical Star Wars universe. You’ll suit up in X-Wings, A-Wings, Y-Wings and a wide assortment of Tie fighters for well-crafted single-player missions, cooperative missions and competitive multiplayer. This one also has a great virtual reality mode on PC and PlayStation that is my new must-see VR experience.

Also, both are immensely improved with the addition of a joystick and throttle (did you know airplanes don’t need to be throttled all the way up all the time?). Unfortunately, though, like everything in the pandemic flight sticks hard to come by at a reasonable price.

At some of the worst times this year, I craved the equivalent of comfort food in video games. Games that reminded me of crowding together with some friends in the basement for weekend LAN party or packed around the screen of my family’s old Apple Macintosh with my brothers to play a point-and-click adventure. While these games didn’t come out in 2020, the cooperative mode of “StarCraft II” and the point-and-click-y goodness of “Unavowed” took me right back to those days of frozen taquitos and take’n’bake pizzas.

The cooperative mode of “StarCraft II” puts you and another player in charge of a wide variety of commanders that are essentially pared-down and powered-up versions of the StarCraft’s three factions in what is essentially a streamlined version of the grander game. StarCraft was an old favorite of mine that I fell off as it became incredibly competitive and deeply competitive. This is the perfect way to dip back in.

In “Unavowed,” you play as a character whose life is upended by a demonic possession and you set out to right the wrongs committed along the way. Part puzzler, part interactive story, “Unavowed” captures a lot of what made early point-and-click adventures like “Sam and Max Hit the Road” and “Day of the Tentacle” so great while also pushing the genre into a more serious direction. With full voice acting and great animation, I still think about its story and conclusion.

Bit-sized treats are best in ‘Hades’

There were a lot of really great pick-up-and-play games this year designed around the idea of getting a session done in about 30 to 45 minutes. I found a lot to love with the virtual reality game of “Until You Fall” that finally made VR combat fun or in the intriguing “Monster Train” that mashed up a bunch of genres in to an exciting card game, but nothing quite hit me like the wonderful “Hades.”

In “Hades,” you play as the son of Greek god of the Underworld on his mission to, well, escape from home. With fast-paced and responsive combat the moment-to-moment gameplay is a blast, but the game really sings with an impressively deep amount of voice acting from each character. Each death will send you back to the Underworld where you’ll catch up with a ton of truly likable — and not so likable — characters.

A bevy of single-player greatness

A lot of this year has been spent looking at games off the beaten path, but there were still some great blockbuster games as well. There’s Sony’s Kurosawa-inspired samurai epic in “Ghost of Tsushima,” Naughty Dog’s gritty “Last of Us: Part II,” Valve’s landmark virtual reality entry of “Half-Life: Alyx” and the surprisingly great “SpiderMan: Miles Morales.”

Still, it may be some recency bias but the messy, overly edgy and ultimately superficial “CyberPunk: 2077” has really roped me in. Let’s be clear, the game is in such a sorry state on consoles that Sony stopped selling it and most retailers are offering refunds on already-opened games. I’ve been fortunate enough to be able to check it out on my beefy PC and it’s exactly the kind of silly mindless fun that I need to close out this year. It’s not the intricately detailed world or the deep roleplaying that was promised but it is a big, gross pile of candy that’s got me coming back.

Matt Buxton is a freelance writer and gamer. He can be reached at matt.a.buxton@gmail.com.