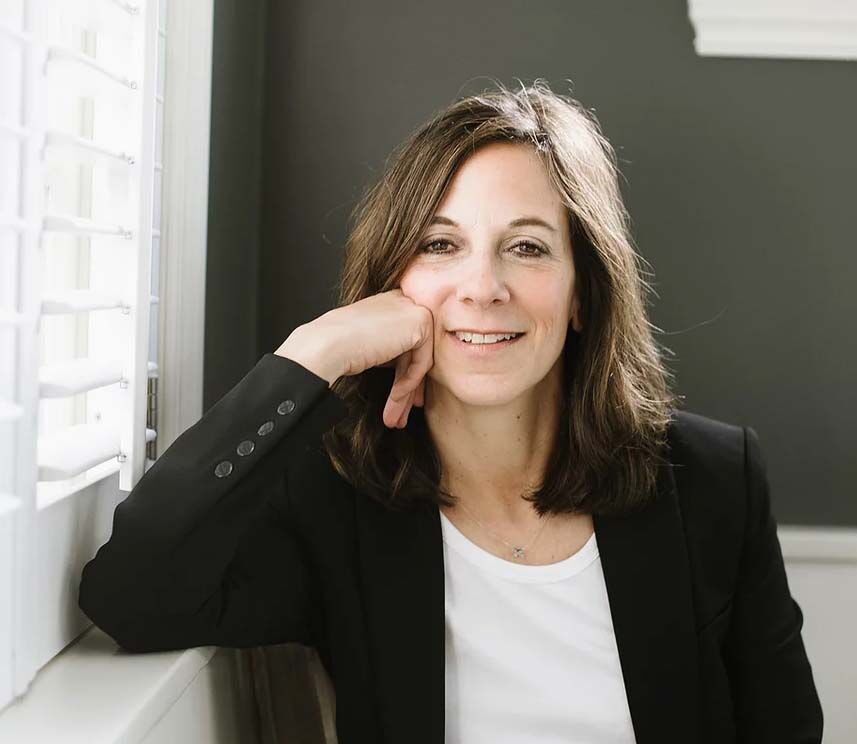 Fairbanks native Christine McHugh has chronicled her journey from barista to boardroom with a book by the same name. 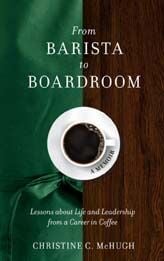 Fairbanks native Christine McHugh has chronicled her journey from barista to boardroom with a book by the same name.

Christine McHugh has lived a fairy tale life that started once upon a time in Alaska. Hers is the unlikely story of a coffee clerk who rose to corporate executive at America’s most successful coffee chain.

McHugh credits her success to an unconventional childhood in Fairbanks, including the influence of grandparents with ties to early Alaska politics and the challenges of living in an environment more suitable for polar bears than people.

“Growing up in Alaska encourages that pioneering spirit,” said McHugh, who chronicled her journey in a new memoir, “From Barista to Boardroom: Lessons About Life and Leadership from a Career in Coffee.”

“You problem solve, you create your own way. Growing up in an environment of 40-below does not stop you,” said McHugh, who now lives in Seattle.

The granddaughter of Charlie Parr Sr. — the Alaska lawmaker and civil rights champion — McHugh learned from an early age to be “mission-driven and independent.”

The daughter of a single father who was a land use consultant, McHugh said that she knew as a child that she too wanted to lead a business, just like her dad. Those aspirations and skills served McHugh as she worked her way up the caffeinated ranks of Starbucks, from espresso-slinging barista to vice president at the company’s headquarters in Seattle.

On Saturday, the Fairbanks native will be back in her hometown for a book signing at Starbucks, 3465 Geraghty Ave., from 11 a.m. to 1 p.m. McHugh said the homecoming is a reminder of her family ties and a childhood that instilled the qualities to achieve.

“My message to readers is that you can do anything you want,” she said.

Political dynasty to inspire her

McHugh’s ancestors represent a political dynasty who helped to define Alaska as a young state. They also inspired McHugh.

Her maternal grandmother was Helen Fisher, who was part of a delegation that went to Washington, D.C., in a campaign to advance Alaska to statehood. She was one of two women to make the journey from the territory of Alaska to the nation’s capital.

McHugh’s paternal grandmother, Karen Parr, was a member of the Fairbanks Borough assembly and owned a small gift shop in downtown Fairbanks, Alaska House and Xanadu. McHugh worked there as her first job. Karen Parr is credited with the vision for Raven Landing, a Fairbanks retirement community.

Charlie Parr, her paternal grandfather, was a major in the U.S. Army, served in the Alaska House and Senate, and was a professor at the University of Alaska Fairbanks, where he taught Russian and German. He also was an original member and early leader of the Alaska ACLU.

McHugh recalls the impact they had on her life. She said that she and her younger brother “were dragged to campaign rallies and to parades and anything to advocate for a better, stronger community.”

“That really shaped me and who I am today,” she said.

Lessons in life and leadership

McHugh follows her ancestors’ understated approach to leadership, with a philosophy of contribution for the greater good.

In a letter to the News-Miner about her book signing, McHugh wrote matter-of-factly about her trajectory from retail worker to vice president of a global company.

“After I left Fairbanks, I got a part time job at Starbucks in Seattle while I was going to college and ended up having a 27-year career there,” she wrote.

At 19, McHugh was attending community college in Seattle and working at Starbucks, which was then a local coffee chain of about three dozen stores. She stood out for her self-discipline and can-do attitude. She was offered the chance to move into store management a year later and accepted. McHugh quit school to dedicate herself full time to Starbucks.

Anyone who has visited a Starbucks knows how this barista’s fairy tale ends. McHugh’s own hyper-successful career paralleled the rise of Starbucks, today a household brand name with thousands of coffee shops around the world.

Distinguishing McHugh’s story are the very real experiences she shares about balancing the demands of motherhood and a high-pressure job.

She writes about her decision to return to college at 40 to finish her undergraduate degree. And she shares insights from the year she took off mid-career to backpack around the world.

“From Barista to Boardroom” is a motivational, business-oriented book that is also an autobiography. Former Starbucks president Howard Behar described McHugh’s memoir as “an honest, direct and emotional account of her career at Starbucks.”

Not surprisingly, McHugh’s favorite pastime reflects her drive to achieve with a focus on long-term goals. She is a distance runner who has competed in several marathons.

McHugh is mindful of her legacy too. She said that her Alaska childhood gave her the confidence to dream big and achieve in all aspects of life.

“Taking care of myself and my little brother while my dad was at work, we had to figure out things on our own,” McHugh said.

“I left Fairbanks two days after I graduated from Lathrop High School,” she added. “But that Alaska spirit never left me.”

Writing the memoir is McHugh’s way of passing along professional insights and personal lessons she learned along the way.

“If I can now help people pursue their dreams,” McHugh said, “I will have served my purpose.”