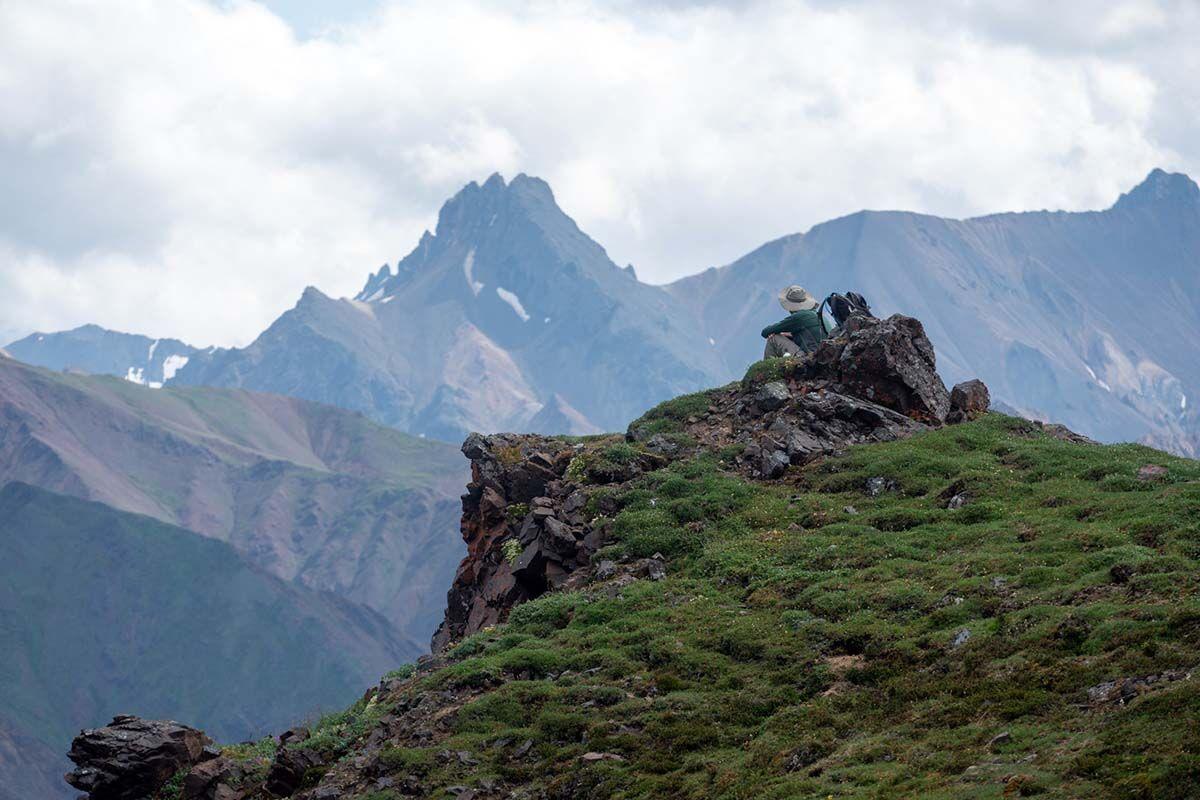 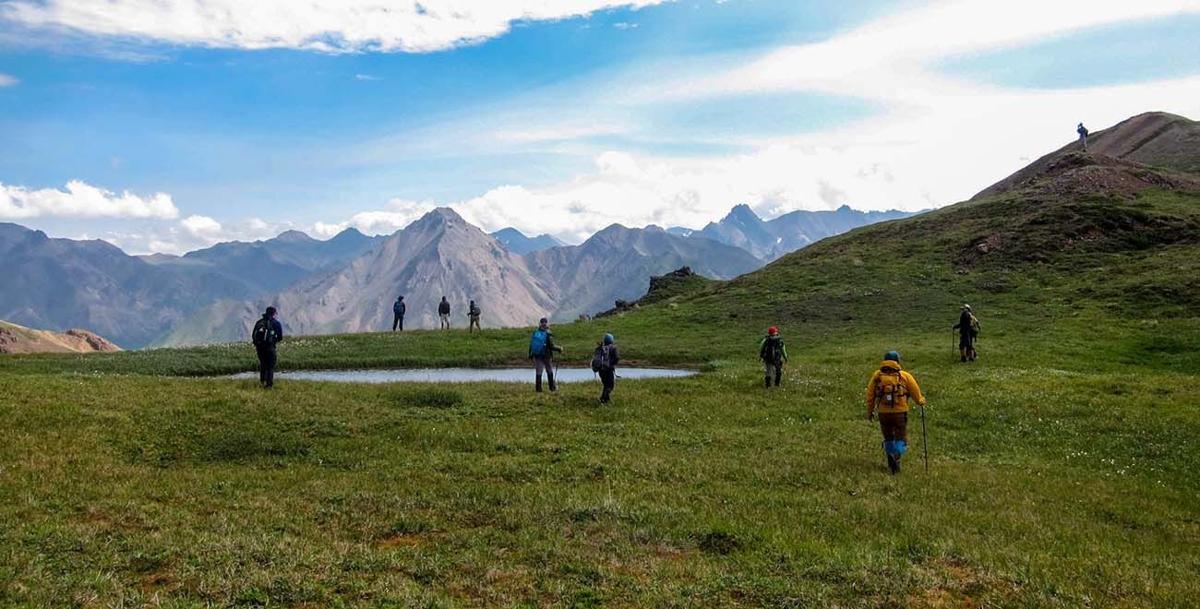 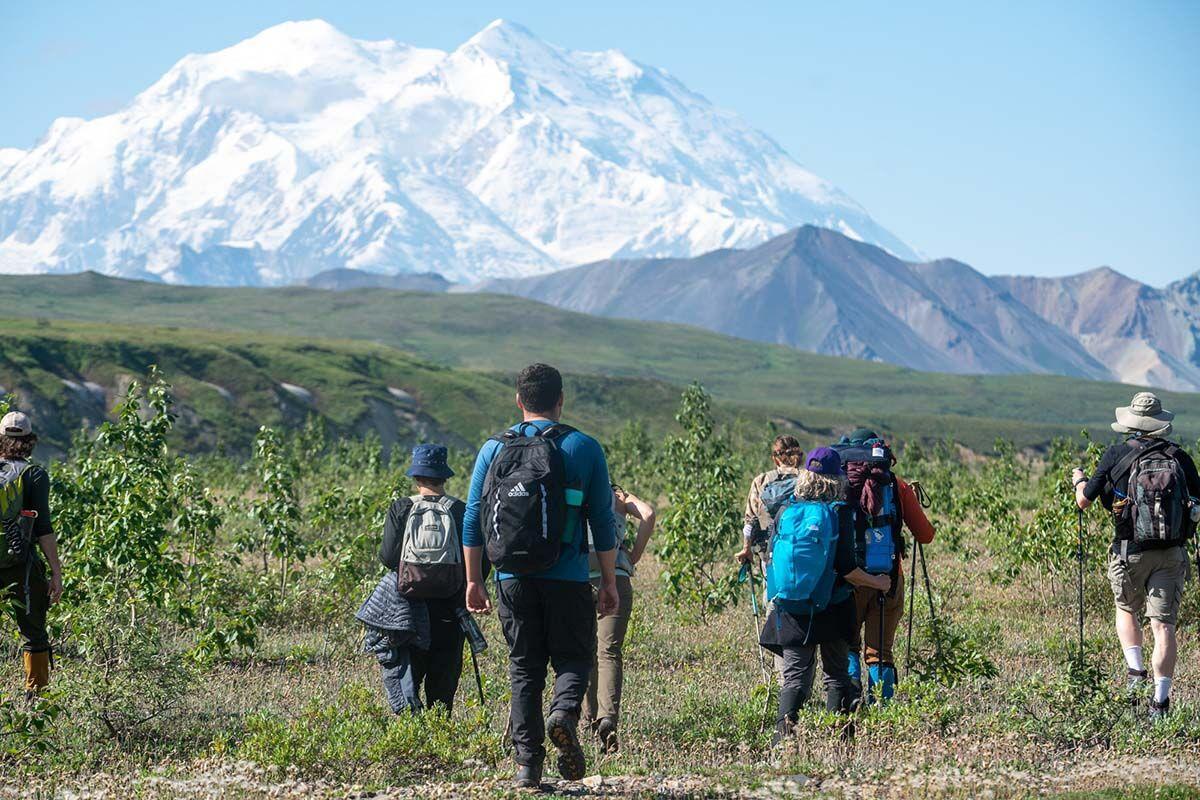 Nine composers spent several days in Denali National Park as part of the Composing in the Wilderness program, facilitated by the Fairbanks Summer Arts Festival. 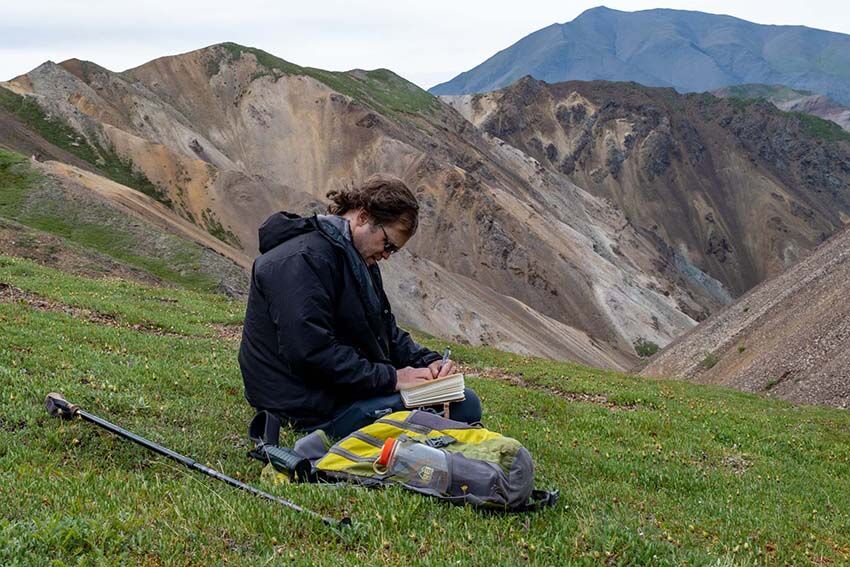 A composer pauses to jot down some notes during a hike in Denali National Park.

Nine composers spent several days in Denali National Park as part of the Composing in the Wilderness program, facilitated by the Fairbanks Summer Arts Festival.

A composer pauses to jot down some notes during a hike in Denali National Park.

Ever wonder what a composer might interpret when seeing the historic surging of the Muldrow Glacier in Denali National Park for the first time? Composer Dan Pinkston transformed that experience into a musical piece called “Surge: Homage to the Glacier,” and it perfectly captured the natural phenomenon.

Pinkston is one of nine composers who participated in the annual Composing in the Wilderness program, through Fairbanks Summer Arts Festival. In collaboration with Alaska Geographic and Denali National Park, the composers spend several days immersed in the wilderness of Denali, exploring the landscape and learning about it from experts with the National Park Service.

They then transform that experience into music, composing short pieces in just a few intense days. Those pieces are then performed at a concert by CORVUS, the music ensemble with Fairbanks Summer Arts Festival.

One thing all the composers commented on when reflecting on their time in Denali was the grand silence that pervaded their time there.

“It was kind of unexpected because we are used to thinking of powerful things being loud,” said composer Frances White of New Jersey. “Up there, it’s so quiet. That was very moving to me.”

The combination of silence, powerful mountains and fragile wildflowers — all connected — led to her piece “Departing Landscape: Shooting Stars.”

“The silence of the place made it easier to hear something when there was something to hear,” said composer Dan Pinkston, citing the sound of an eagle chasing a squirrel.

For Nerissa Campbell of Australia/New York, braided rivers stuck with her. They take the path of least resistance, she said, then come together, then move away again.

“I felt such a connection personally because I feel like we’re all doing that, all the time, at least internally,” she said. “That became the basis of what I wrote about.”

The entire experience, she said, was magical and surprisingly, a transformative experience with the other composers, who started out as strangers.

Composing is generally a solitary pursuit, so it was quite an experience for the composers to spend time with others who share their passion.

The group varied in age from 22 to 60 and included graduate students, doctoral students, faculty members and professional composers. They came from all over the world.

“The nature of Denali was amazing,” composer Gabrielle Winter said. “To get that experience with amazing people makes it that much better.”

“What I didn’t expect was sort of the transformative power of the entire experience,” Jose Hernandez of Mexico and Texas said. “I found that to be really powerful.”

“I think I managed to sort of guide the process into my music,” he said. “What I was really aware of, was the bridge between myself, my inner self, and what I experienced.”

The program is unique because composers create a piece based on their wilderness immersion and then see it performed just a few days later, by CORVUS, a group that includes Katie Cox on flute; Mara Mayer, clarinets; Alex LoRe saxophones; Andie Tanning, violin; Charly Akert, cello; and Joe Bergen, percussion.

“I fully believe that Denali National Park is a treasure and one of the pillars of this program,” said Stephen Lias, who spearheads the program. “CORVUS is an equal treasure. For this community to have access to performers of that calibre and that generosity, is unprecedented.”

Composers pick instrumentation out of a hat, so their pieces are guided by the handful of instruments they are assigned.

Soundscape specialist Davyd Bechtkal of Denali National Park spends time with the composers every year and he makes sure to always attend the concert. This year, it was at the Davis Concert Hall at UAF.

He enjoys it every year.

For information on Composing in the Wilderness see www.composinginthewilderness.com.