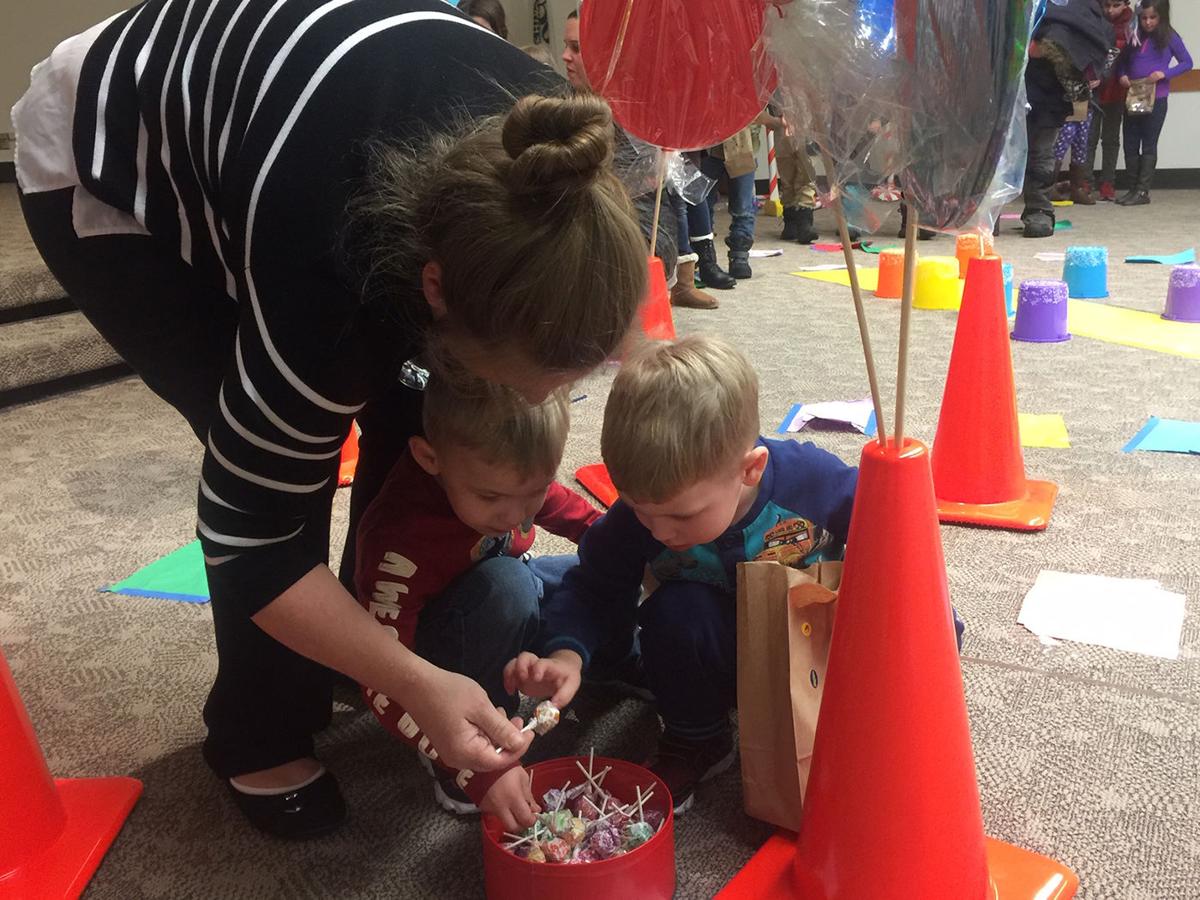 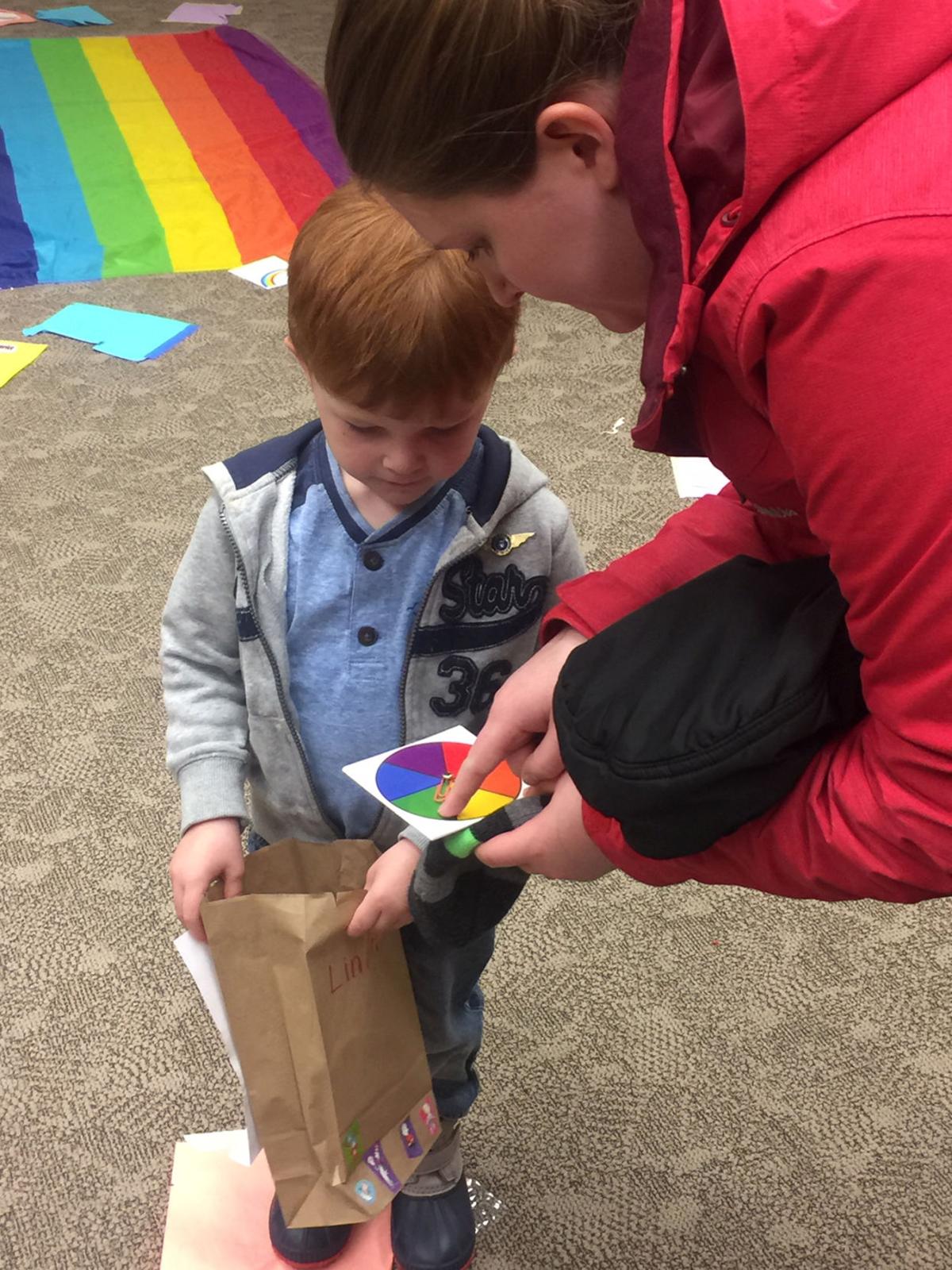 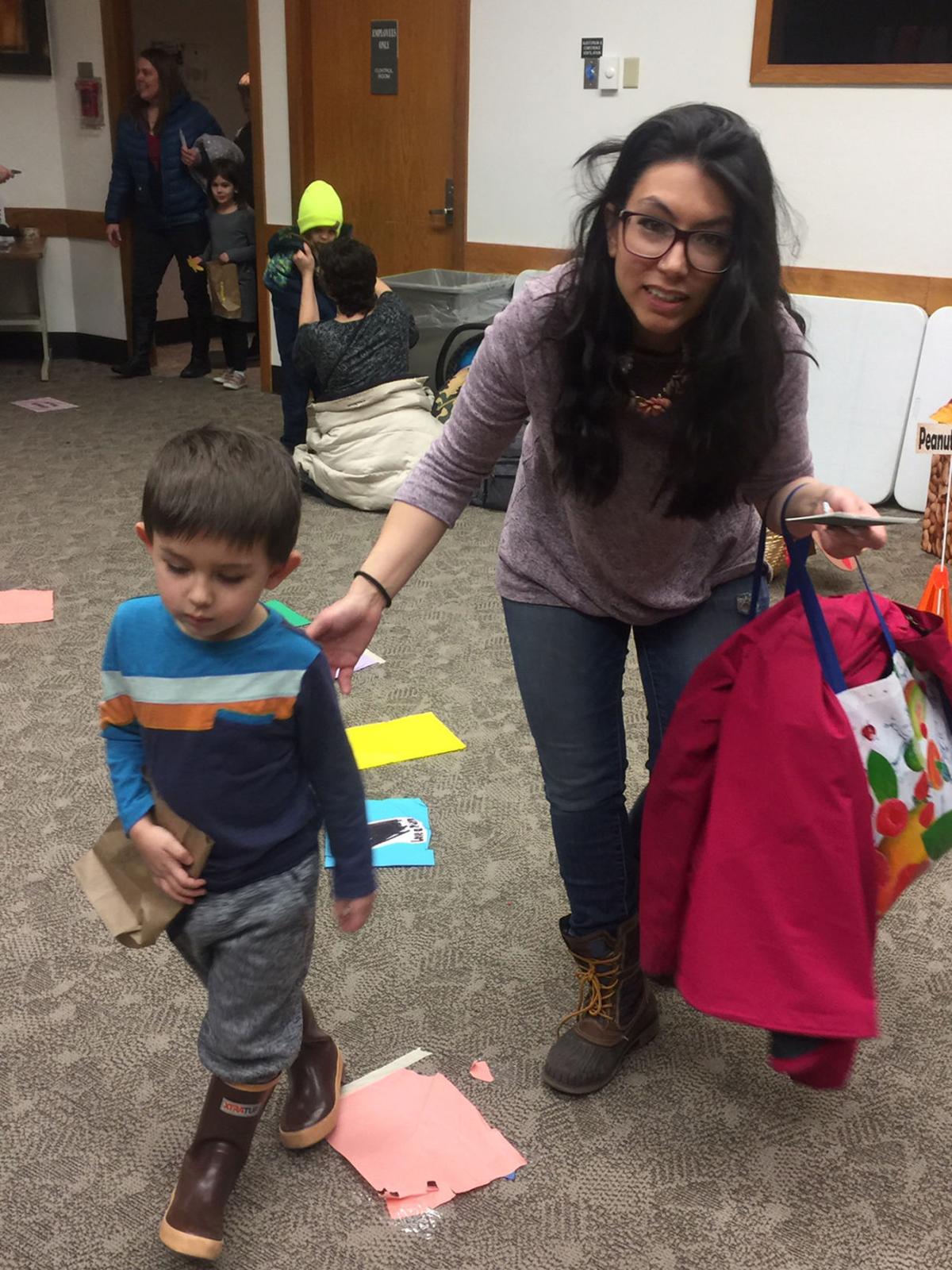 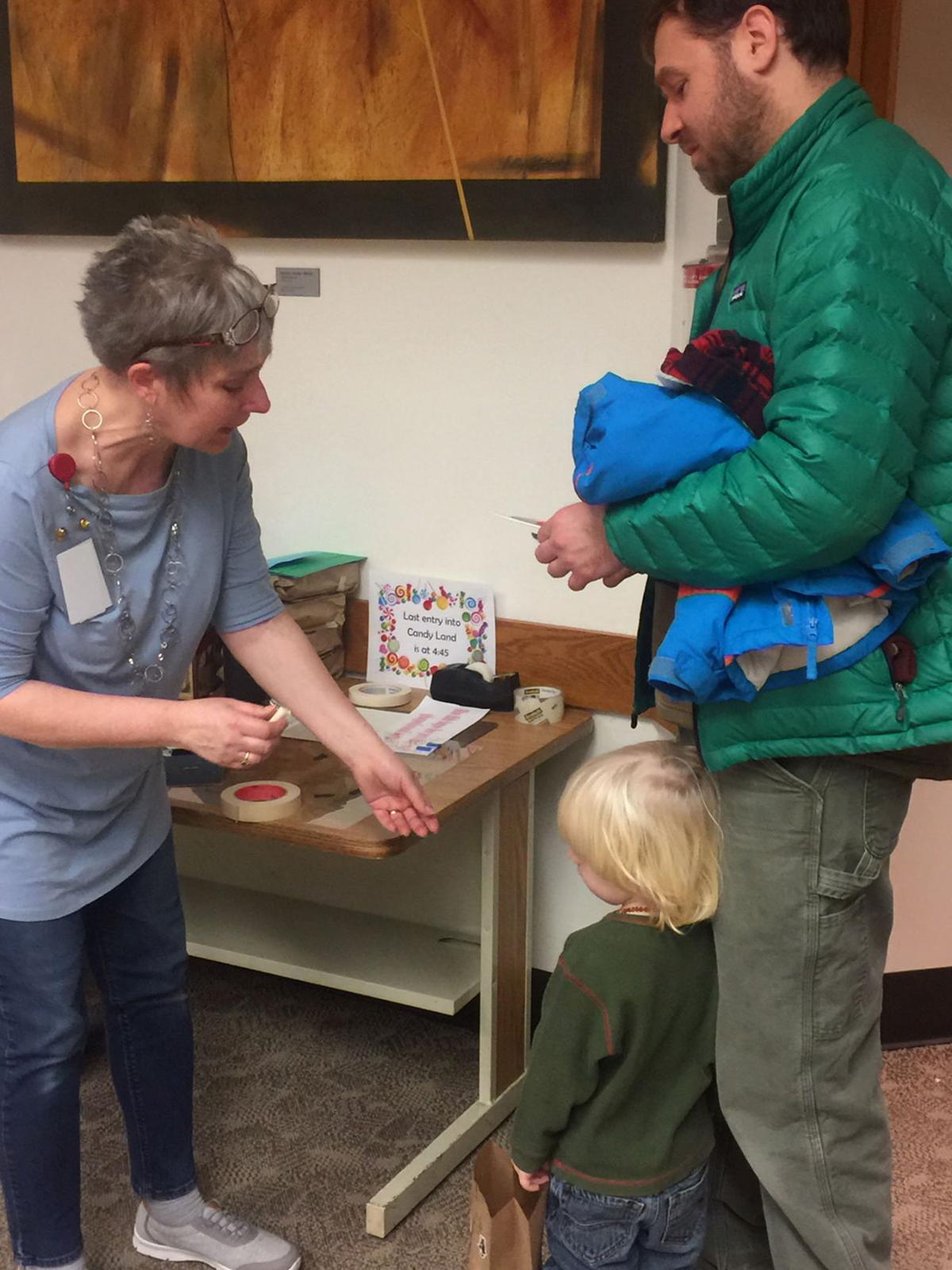 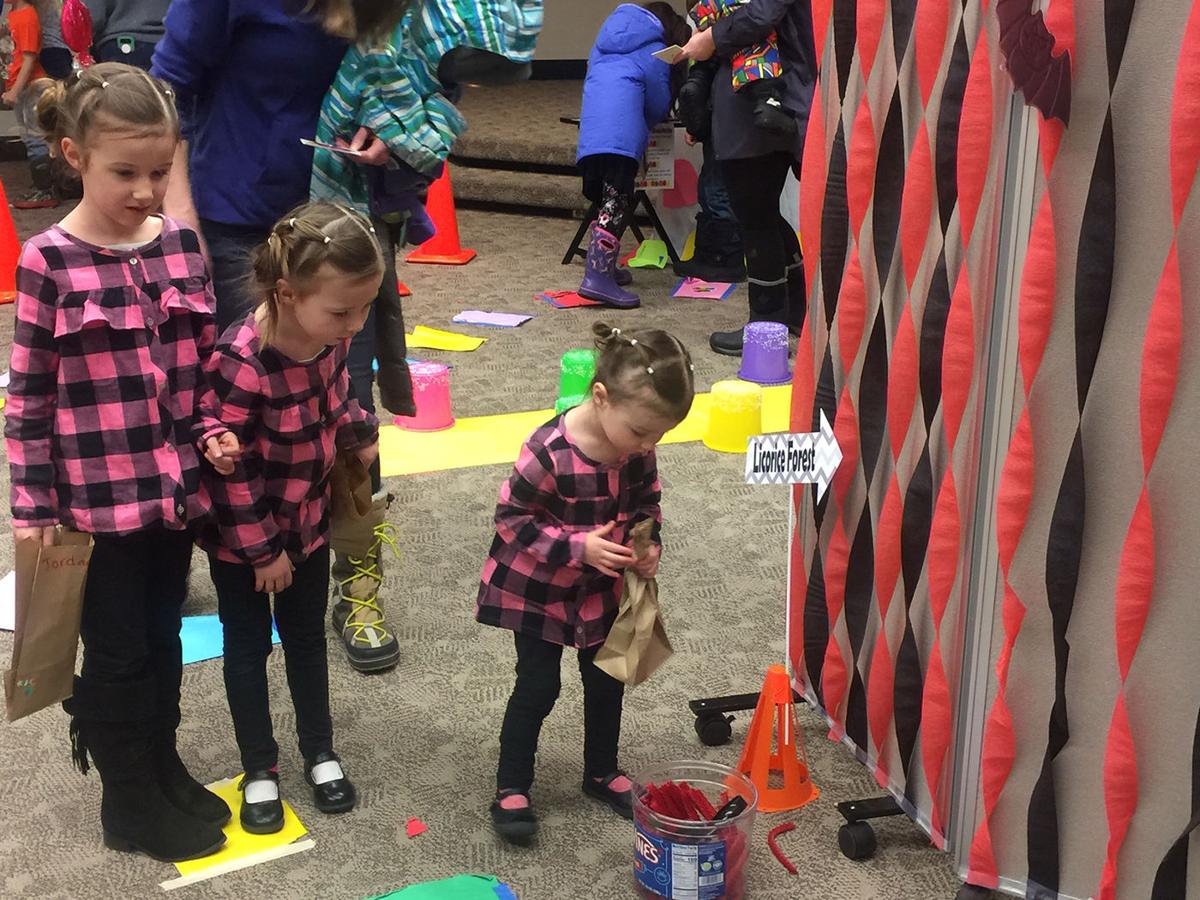 FAIRBANKS — The chance to play a life size game of Candy Land proved irresistible to about 800 people Saturday at the Noel Wien Library.

Candy Land is a popular board game developed in 1948 by Eleanor Abbott, who was, at the time, recovering from polio. It was intended for and tested by children in her hospital ward, according to Wikipedia. It went on to become a bestselling game nationwide. These days, about 1 million Candy Land board games are sold every year.

The game has been revised throughout the years, but the mission of it remains the same — to be the first to reach Candy Castle.

The library volunteers who managed the event did a great job of creating Gumdrop Mountain, Peppermint Forest, Lollipop Woods and more. Brightly colored squares provided the path for players, who would spin a color wheel that would tell them where to go next.

The library billed it as “yummy family fun.”

Local families took that to heart, and, for four hours, Fairbanksans played the game nonstop. There were candies to collect at each stop, and every participant left with a bag full of goodies.

It was hard to tell sometimes who was more excited to be there — the parents or the kids. They looked equally exhausted by the end. Many families took photos of themselves together at the Candy Castle finish line.