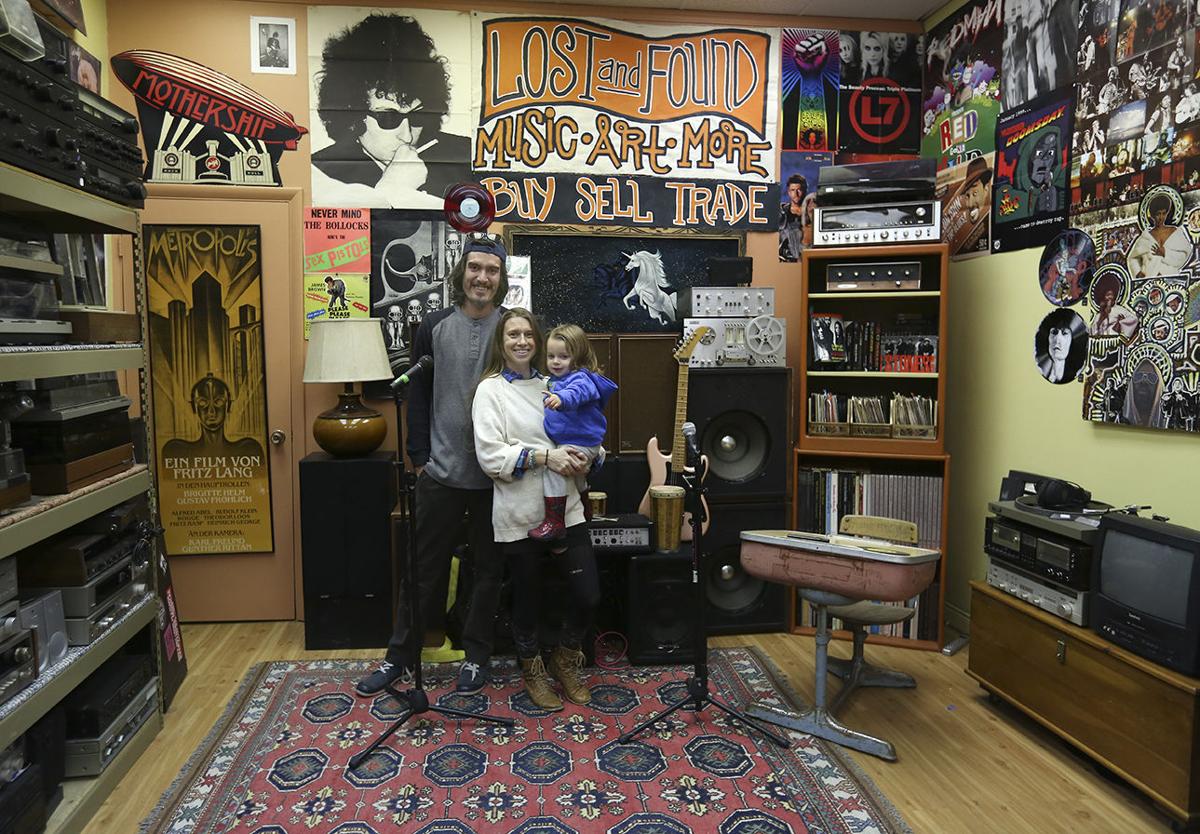 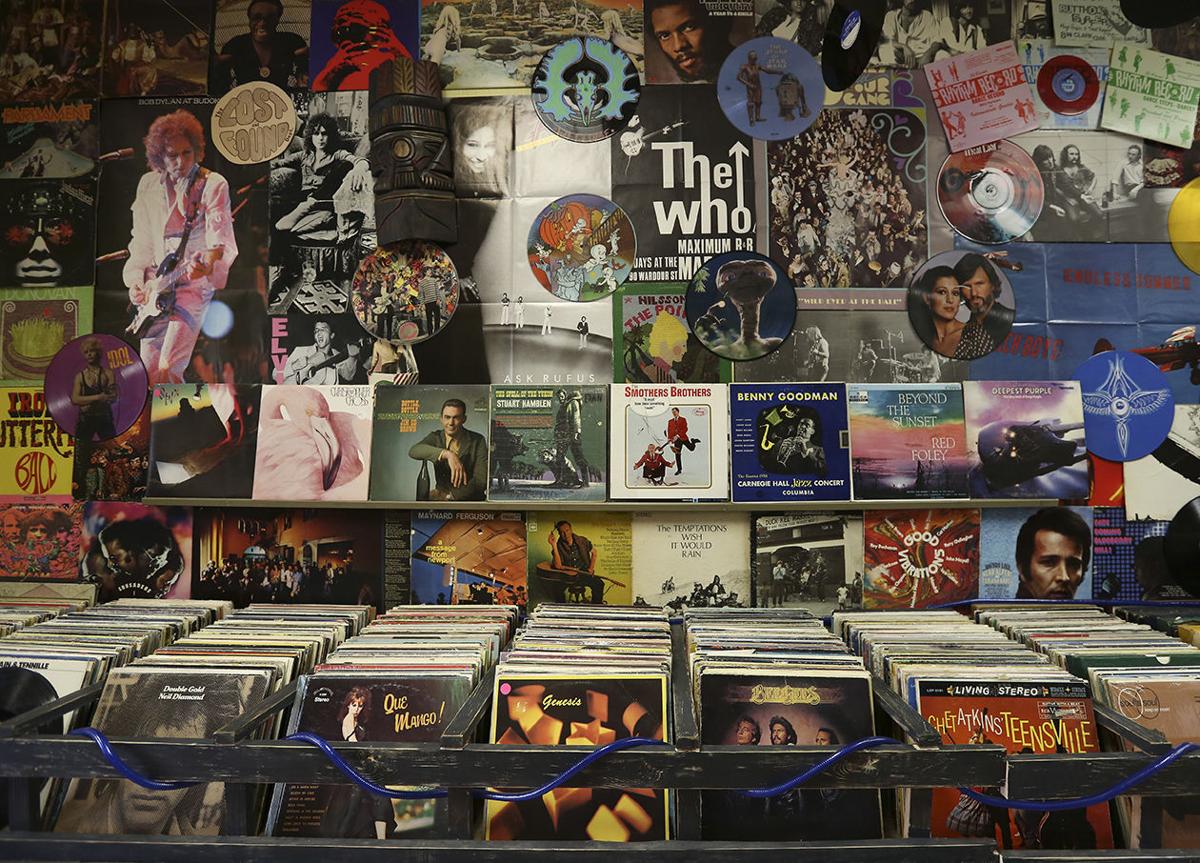 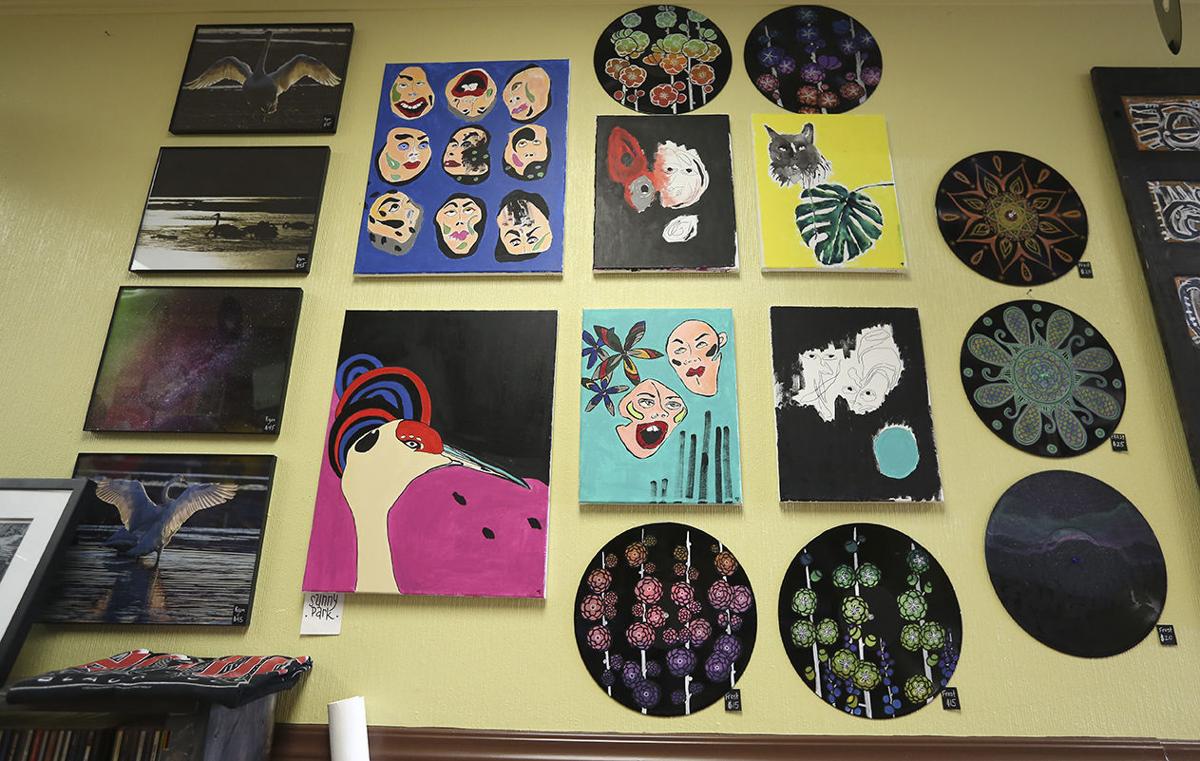 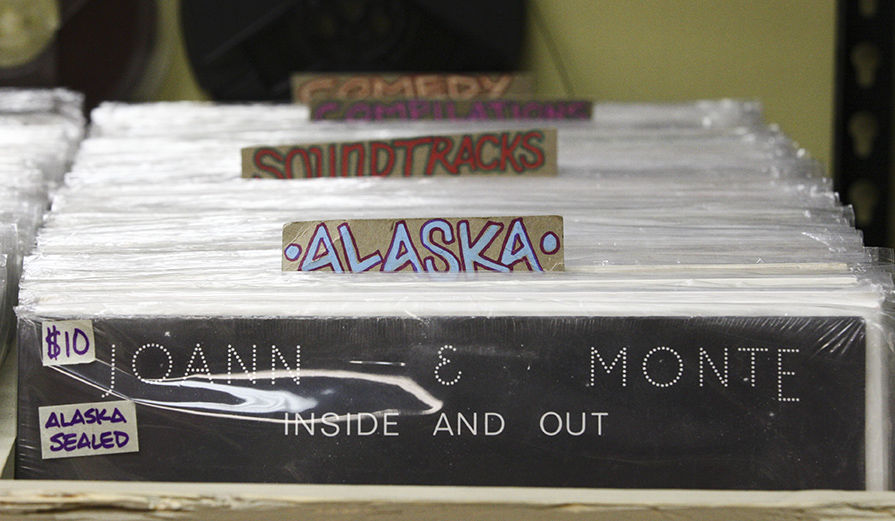 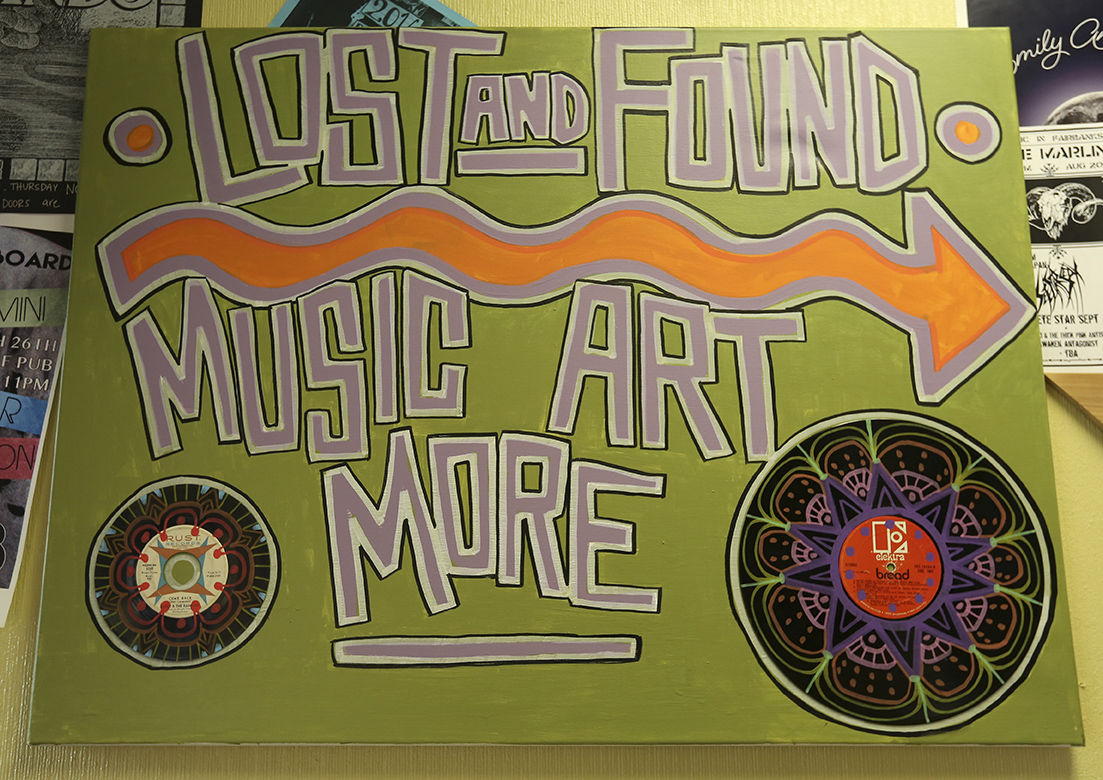 FAIRBANKS — When Megan and Max Frost moved to Fairbanks a little more than a year ago, they planned on getting “real jobs,” and for a while they did, but it wasn’t long before their shared love of music and art pulled them back to their passions.

Before they packed their bags for Fairbanks, the two operated a small record store in the Florida tourist destination of St. Augustine. In what seems to be a time-honored Fairbanks tradition, when faced with a void in the Golden Heart City, they set about to fill it themselves.

“We didn’t have any intent of setting up shop, and we were here for about two months before we realized we didn’t have anything like this going on,” Megan Frost said. “We just thought we could fill the void, and thought it would be a great way to get involved and meet people.”

The two opened Lost and Found record store in a tiny 75-square-foot spot inside the Co-Op Plaza in downtown Fairbanks last year and recently moved into a storefront on Second Avenue between Alaska Rare Coins and the Mecca Bar.

The narrow space is packed with bins of vinyl albums, the walls are plastered with posters and painted vinyl albums done by Megan Frost, and the back is packed full of a mishmash collection of turntables, amplifiers and speakers.

“I always think about it as our living room on display,” Megan Frost said, pausing to turn over “The London Muddy Waters Sessions” album. “It’s eclectic.”

The store specializes in vinyl — a favorite of Max Frost, not necessarily for its audio quality, but for what he describes as the history of each album — but has CDs and cassettes. Local musicians are featured prominently, as are local artists and jewelry makers.

“It’s all for the sake of music,” Max Frost said. “I collected records for about 15 years, and I just love music so much and I want to share it.”

The store hosts local musicians for small all-ages concerts, and on Friday afternoon, they were setting up for an open mic night hosted by local band Alderest as their 2-year-old son, Indie, teetered around the store.

Just as Lost and Found is a reflection of the kind of people the Frosts are —  lovers of music and art, living to share their passions with others —  the store is, in many ways, a reflection of Fairbanks.

Many of the classics can be found by searching through the bins of albums, but albums that have been brought in through the store’s buy, sell and trade program are also there.

“It’s always surprising what people bring in,” Megan Frost said. “You have a small community, but a huge global influence. ... If they have something, bring it to us. Don’t throw it away. It could make other people really happy.”

She said one of her favorite finds was an original press of the Rolling Stones “Some Girls” with its original die-cut cover before it was revised after some celebrities threatened legal action.

“That came in a pile of stuff that had seen way better days, and another album cover was completely stuck over the ‘Some Girls’ album cover. I lifted it with water and a sponge, like an art restoration, and peeled it up and there was the original ‘Some Girls’ that had been recalled,” she said. “I never thought I’d see one of those.”

The two also have made it a project to collect vinyl albums that either were recorded by Alaskans or are about Alaska. Max Frost calls it their “Alaska Museum,” and it features a copy of the 1981 “Wasted in Wasteland” and a late 1950s recording of Main Junior High School’s concert band printed on orange vinyl.

Lost and Found is one of a handful of new, young businesses whose owners hope to revitalize Downtown Fairbanks.

“I heard people didn’t come downtown or are told not to come downtown, so there’s a stigma,” Max Frost said, “but I want to change that.”