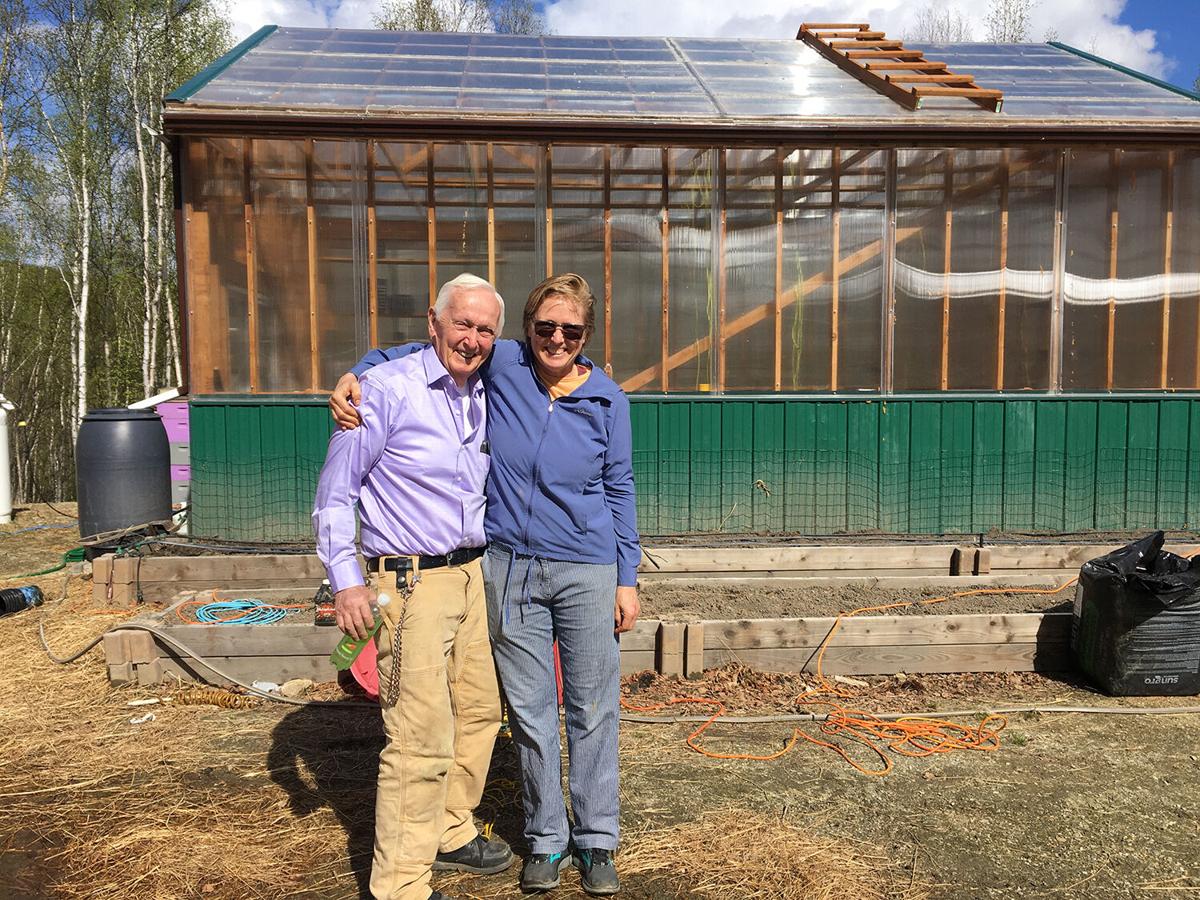 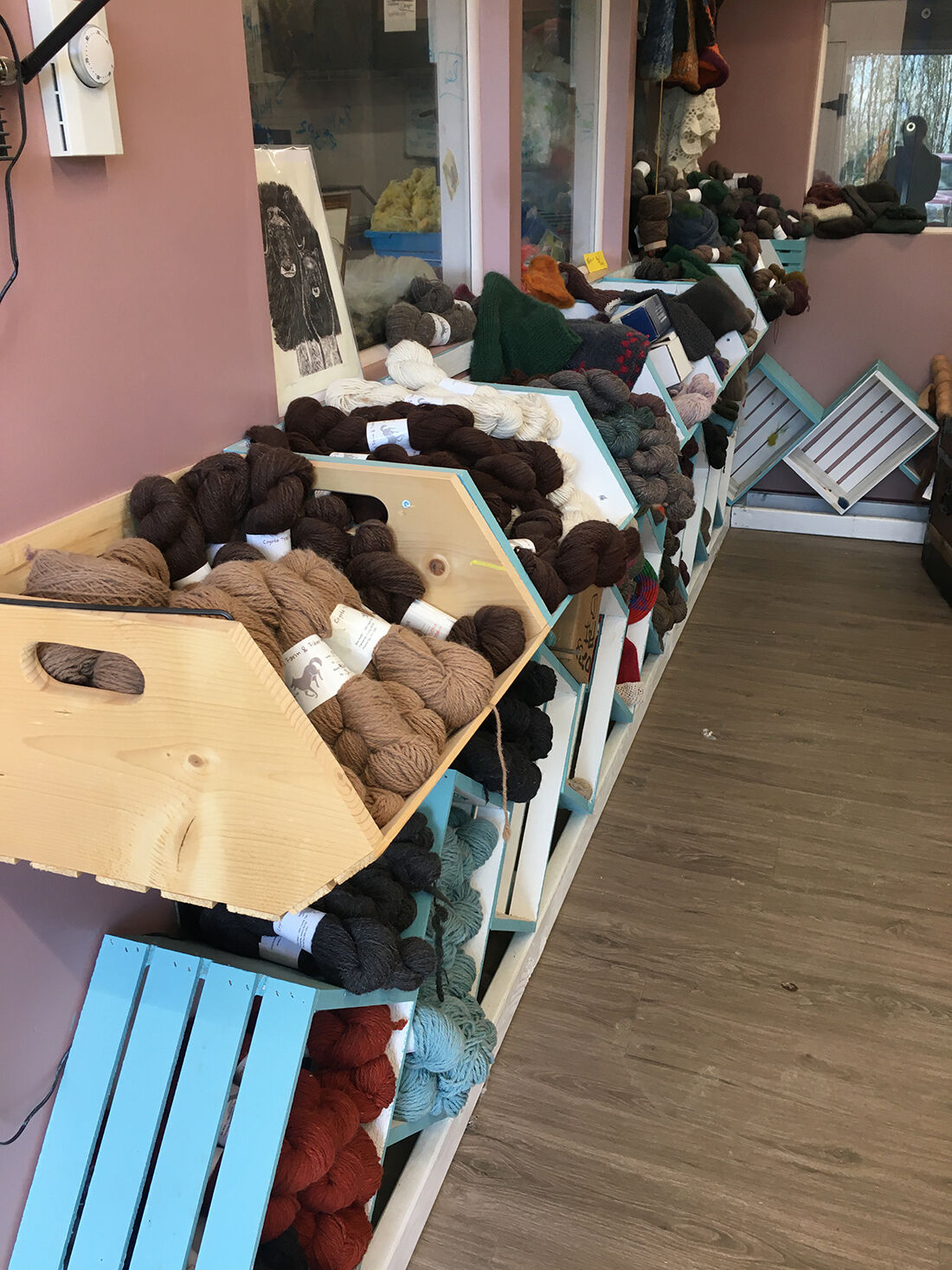 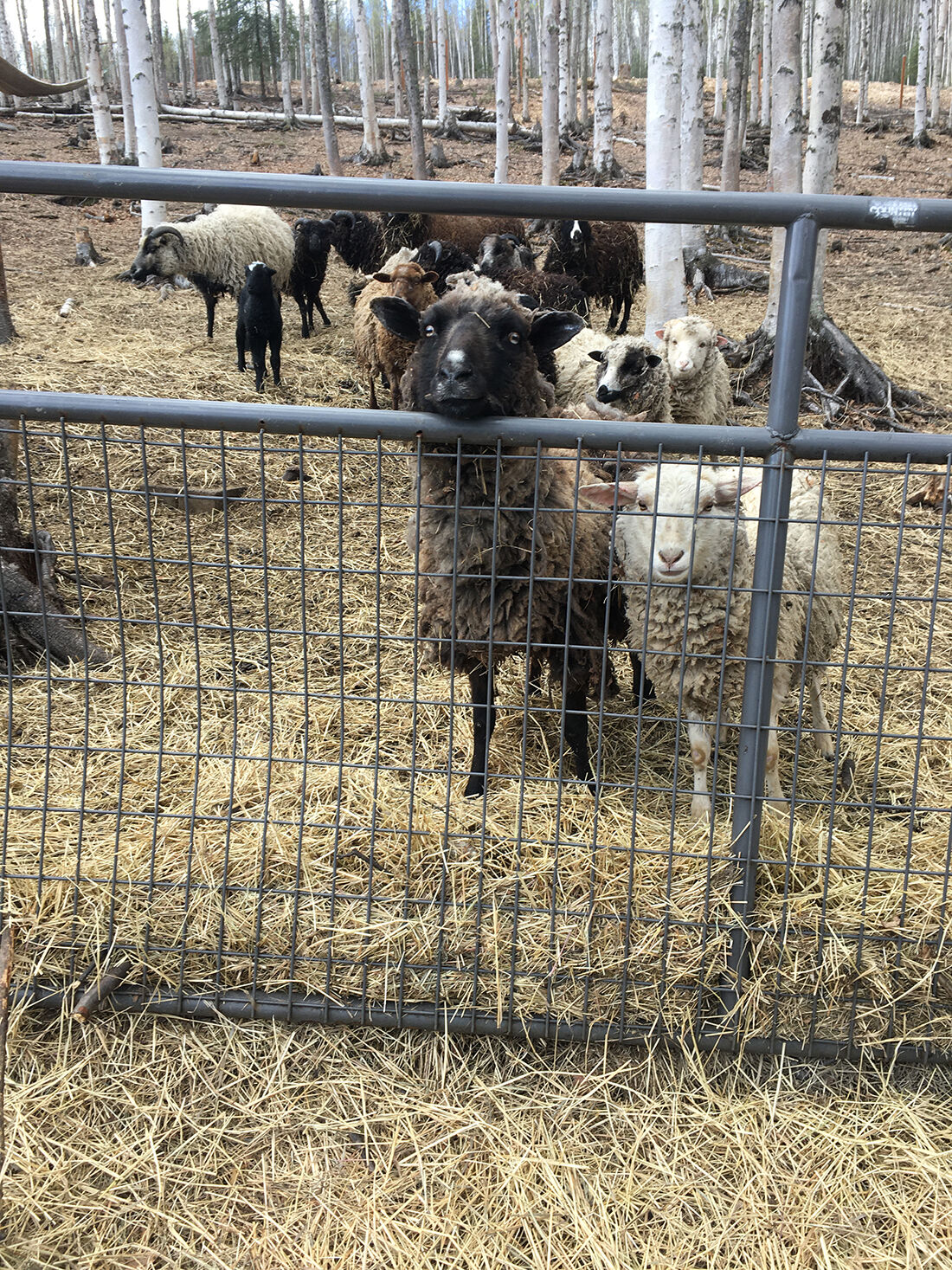 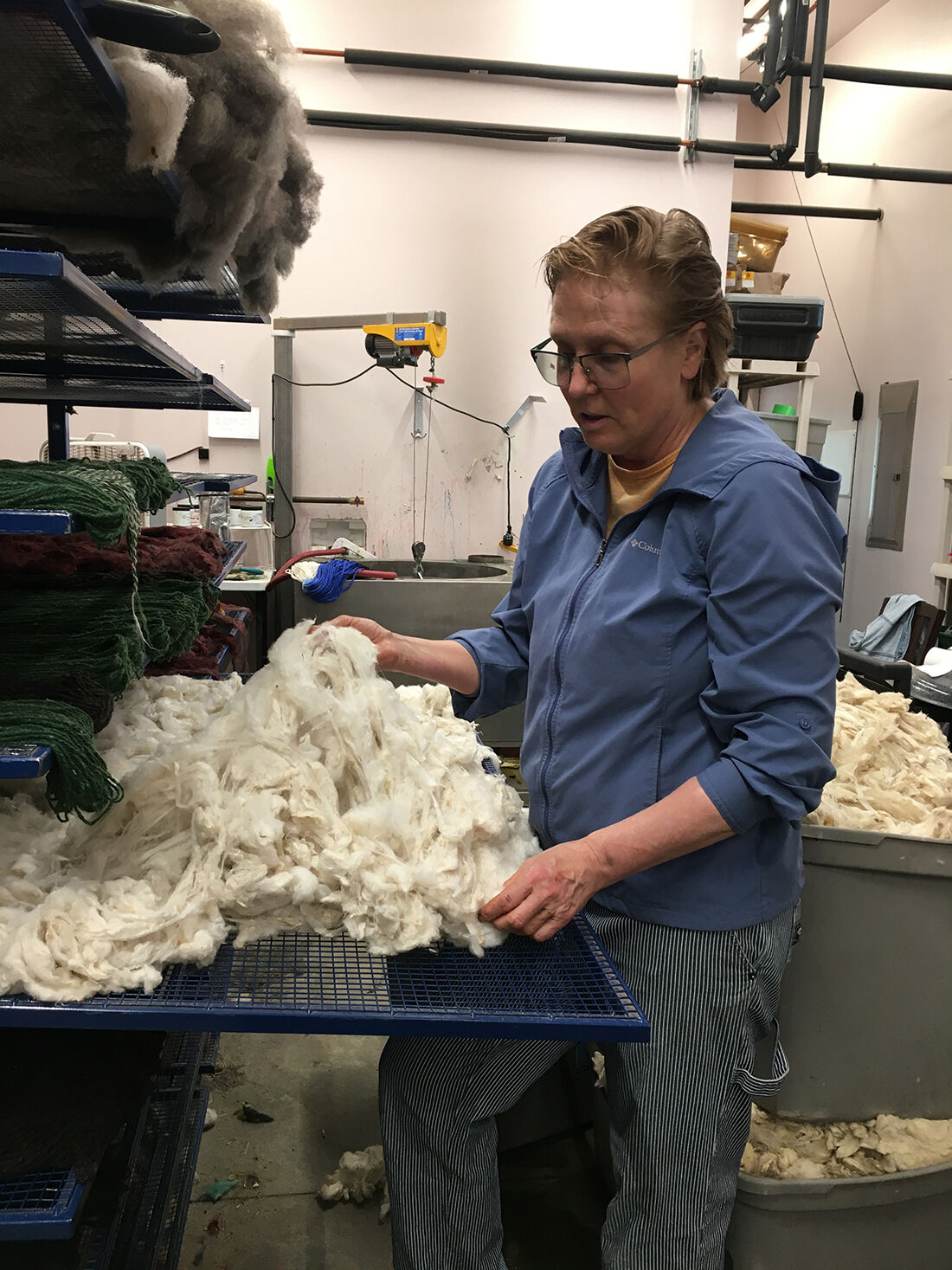 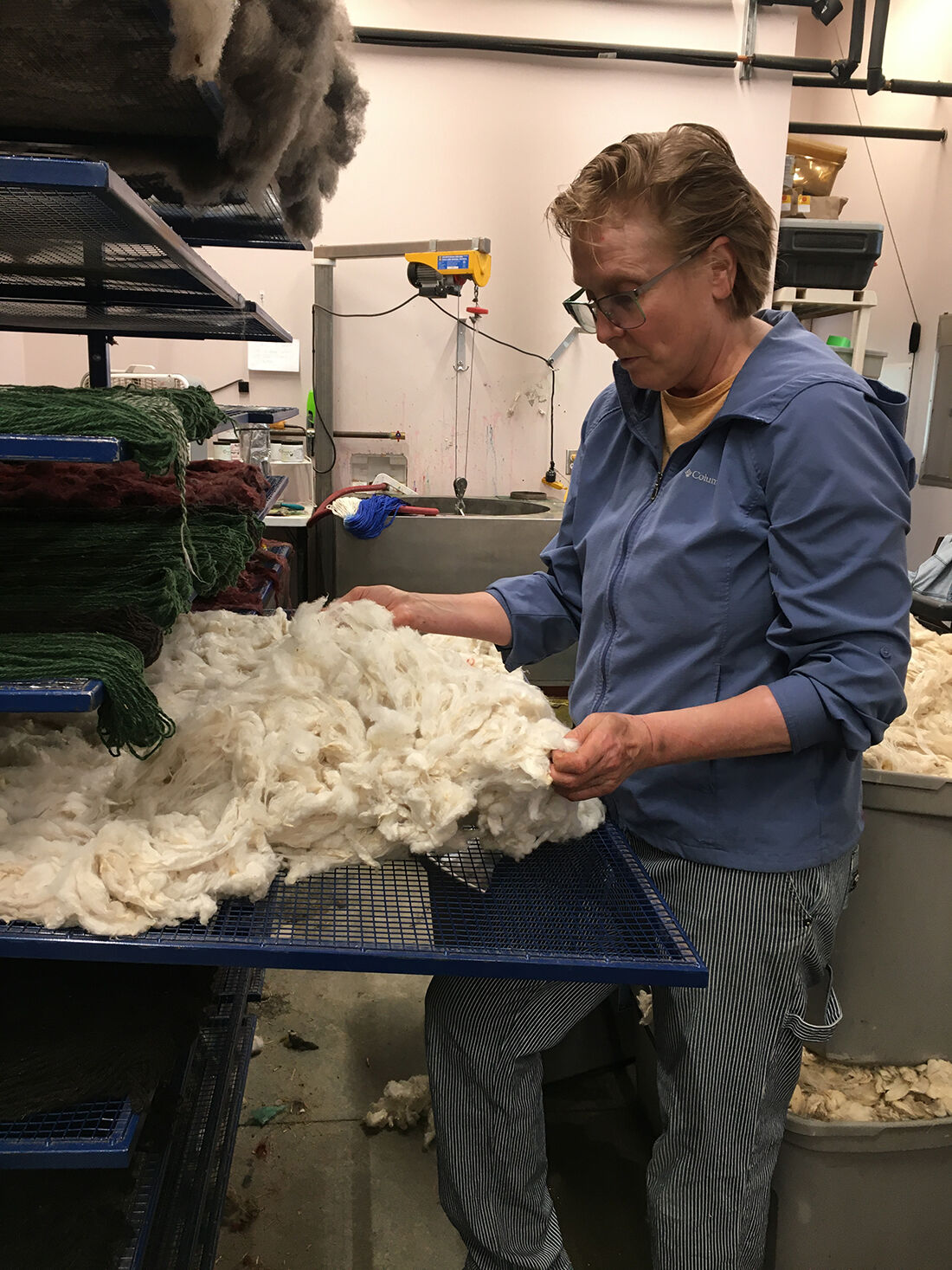 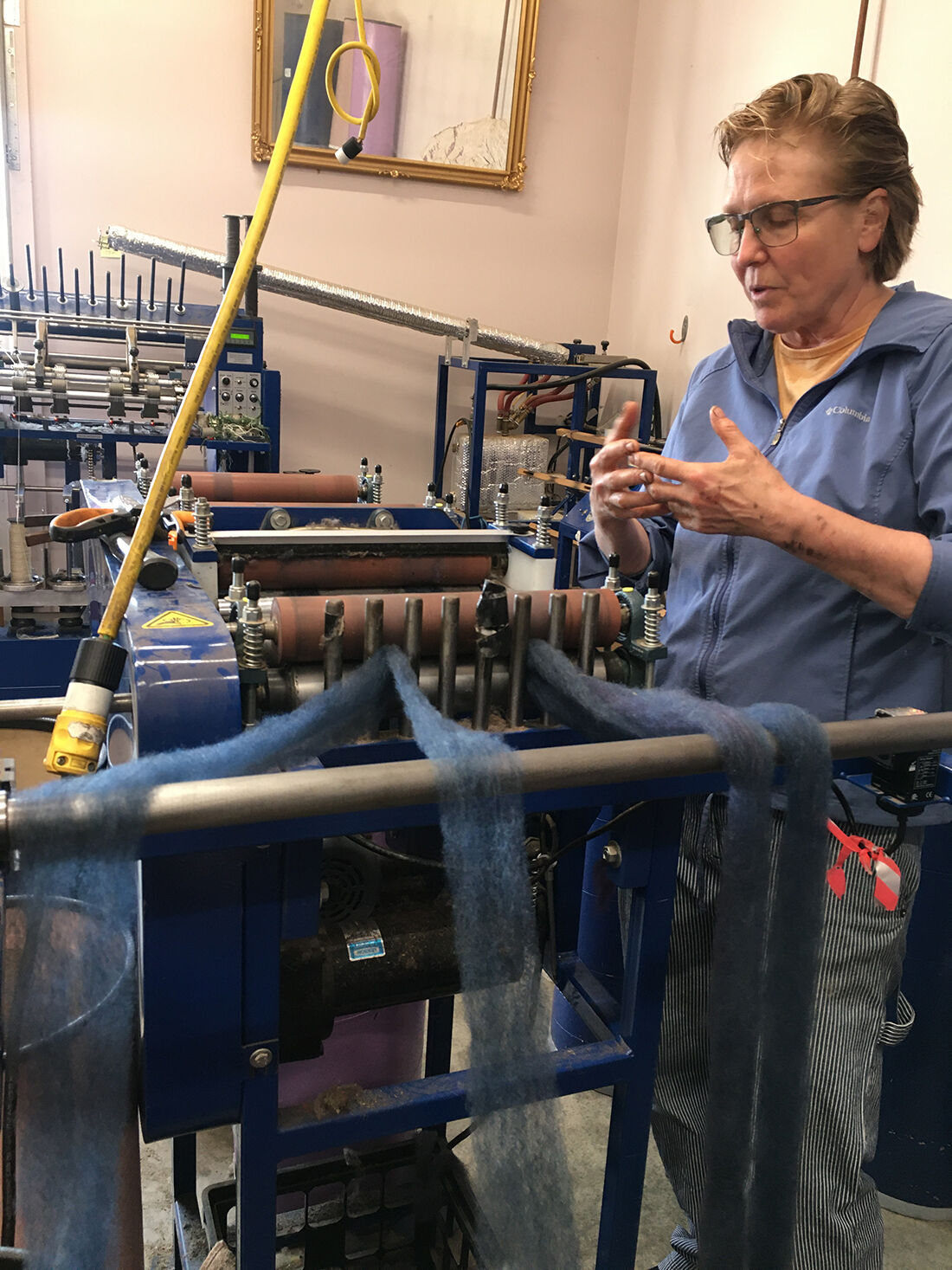 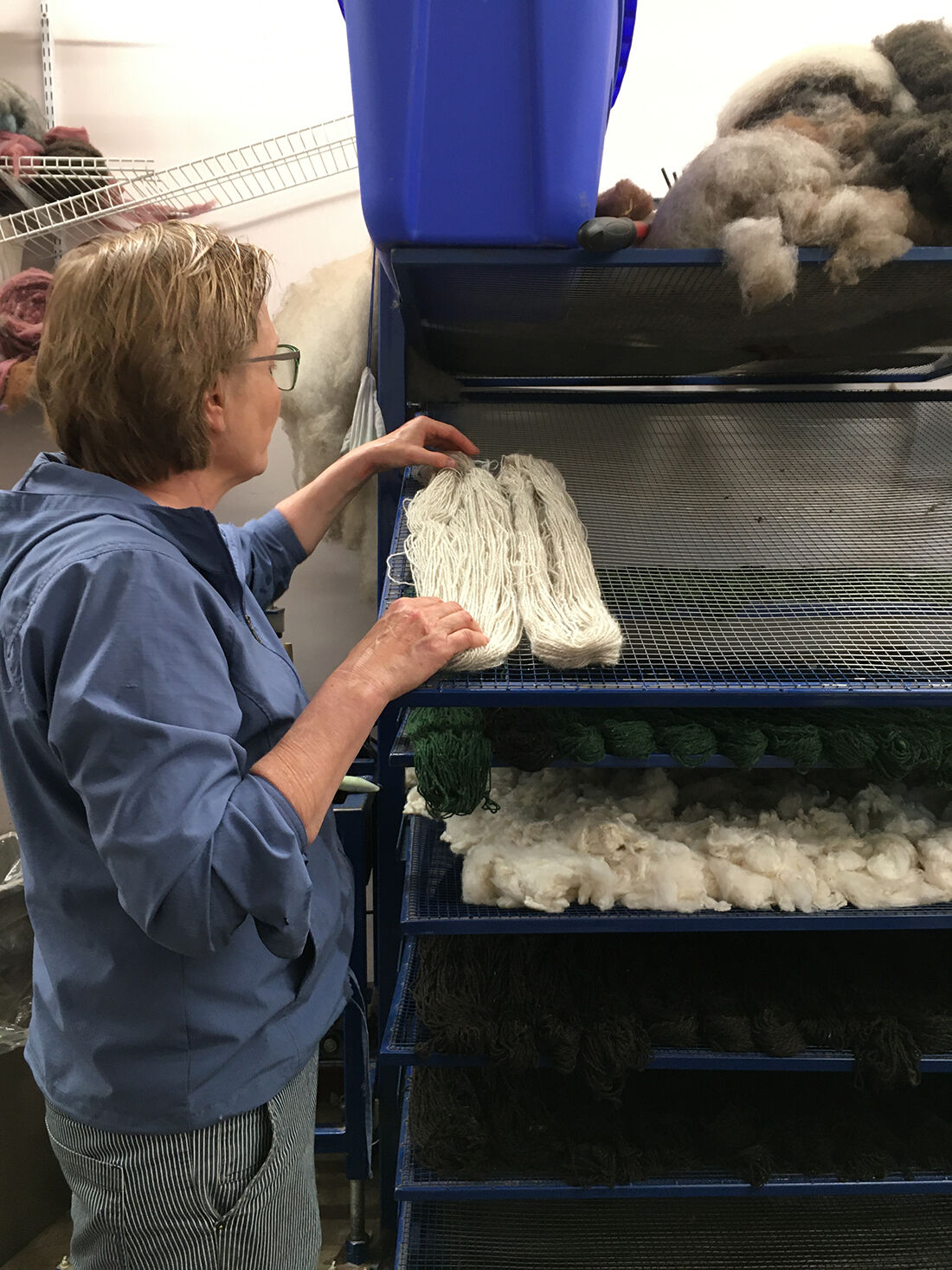 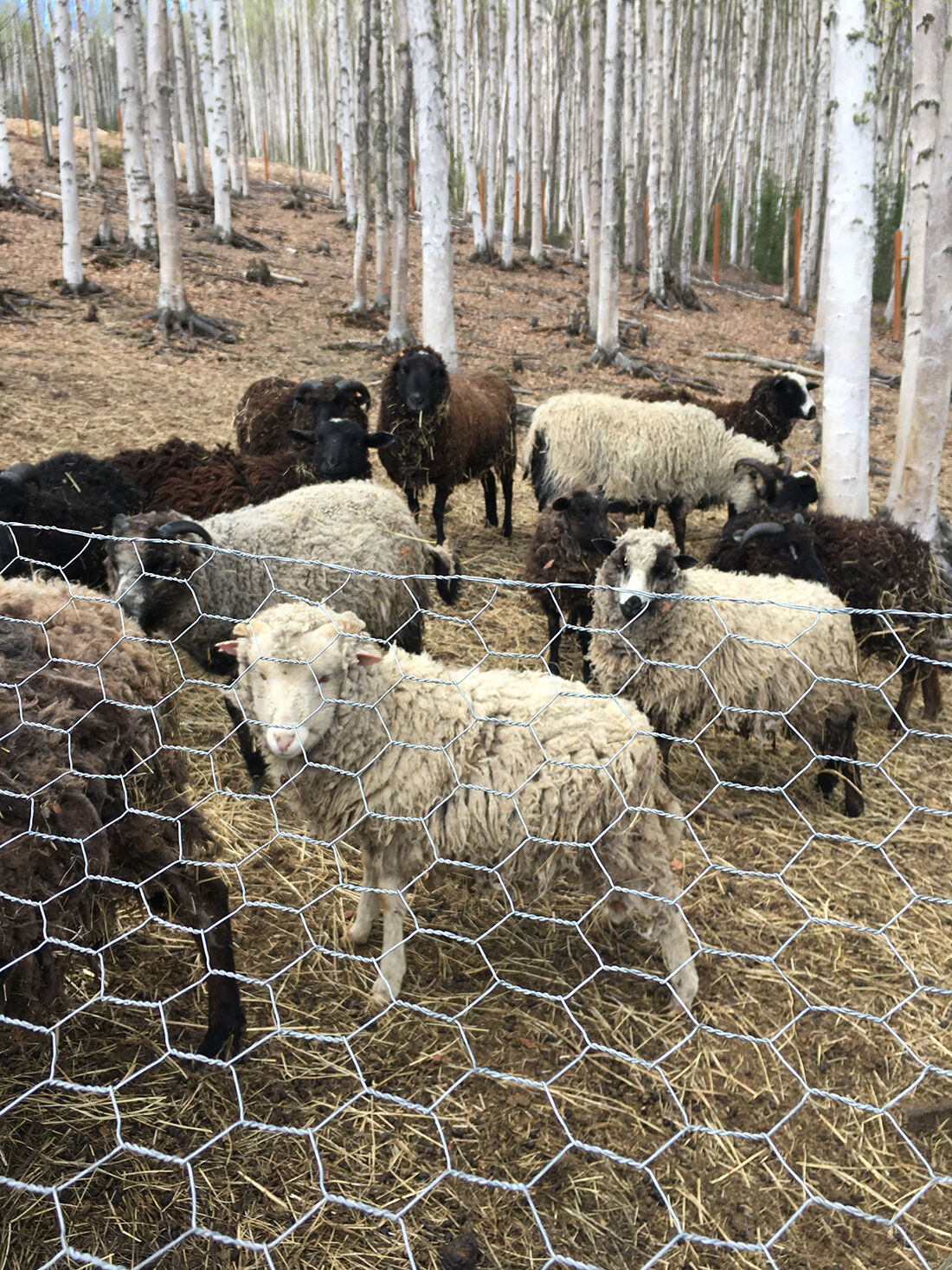 The only commercial fiber mill in Alaska is located in Fairbanks’ Goldstream Valley. Coyote Trail Farm and Fiber Mill is a family operation owned by Kate Wattum and her father Ben Wattum that processes and sells a variety of fibers, ranging from qiviut to dog fur. Wattum’s daughter also works at the mill.

Wattum opened the mill in 2017 with two primary motivations: she wanted to stay busy after retiring from the University of Alaska Fairbanks, and she wanted to create a fiber network in Alaska. “I don’t do standing still,” she explained.

From a commercial standpoint, Wattum wanted a niche business. There is no established fiber network in the state, so Alaskans would send their fiber elsewhere. “I also wanted to be able to help develop the fiber market,” Wattum explained. Through the mill Wattum seeks to connect small flock owners with Alaskan fiber artists. Farmers can send their fiber to Wattum, who processes and spins it into the product of their choice. In this way, Wattum is both helping farmers turn animal fiber into something of value and creating an in-state fiber network.

Surprisingly, prior to starting Coyote Trail Farm and Fiber Mill, Wattum had very little experience with fiber. “I wasn’t a knitter, I wasn’t a crocheter,” she said, “but I knew I wanted something and I wanted a challenge.” Wattum’s primary exposure with fiber was from her grandmother, who would bring back fiber as travel souvenirs.

So, despite her limited knowledge, Wattum and her father invested in the operation. “You have to be either crazy or desperate...or a combination of the two,” said Wattum. She purchased the equipment from Belfast Mills in Prince Edward Island, since this mill most closely matched her goals for her own operation. “It wasn’t just a mill, I was looking for a lifestyle.”

“I wanted a farm,” Wattum said. Coyote Trail is currently home to a flock of a dozen sheep, an alpaca and layer and meat chickens. There is also a garden area and an extended season greenhouse for tomatoes and cucumbers.

Wattum was looking for a challenge, and she got one—perhaps an even larger one than initially anticipated. “It was a huge learning curve,” she explained. There are “at least 27 steps” to processing fiber, ranging from washing dirty fiber, to dyeing it, to spinning it. In addition to the number of steps, fiber varies not only according to type of animal, but also by individual animal (for example, fiber from an old and unhealthy animal must be processed differently than fiber from a healthy animal of the same species).

Then, last year, just as the business was gaining momentum, the Covid-19 pandemic hit, interrupting what Wattum referred to as her “aha moment.”

“It was devastating financially,” she said of the pandemic. People stopped sending fiber in, because customers viewed it as a luxury expense they could no longer afford. “When the fiber stopped coming into me, the money stopped,” Wattum explained. She applied for Covid-19 relief funds, which allowed her to pay her employees. Wattum also began selling yarn, which she continues to do. Coyote Trail also sells its yarn in a few Alaskan markets, on its Etsy page and website, and in a store next to the mill.

Despite the economic hardships, Wattum says the pandemic has brought her family closer. She enjoys life on the farm—challenges and all—and the fulfillment the work and family time provides. “I wake up and I’m like ‘yeah, this is actually a pretty good day,’” she said.

Wattum has several plans to expand the operation. This summer, they are fencing off two acres to develop an orchard. She also hopes to offer small tours this summer. Tours are an opportunity to meet the animals and learn how fiber is processed, including the unique method and challenges particular to each breed. Tours are $10 per person and will be held twice a day.

To schedule a tour, visit: https://www.coyotetrailfarmandfibermill.com/bookings-checkout/coyote-trail-farm-tour/book