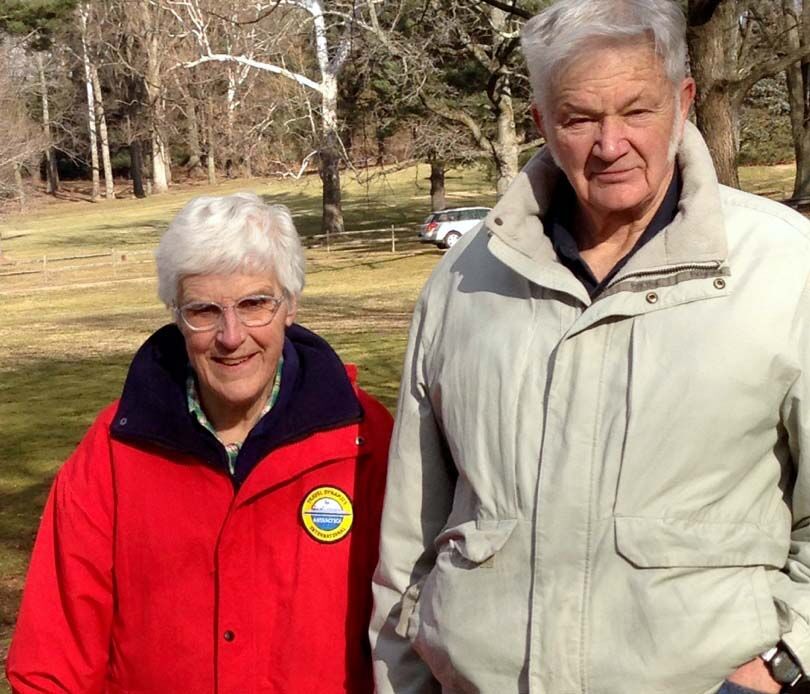 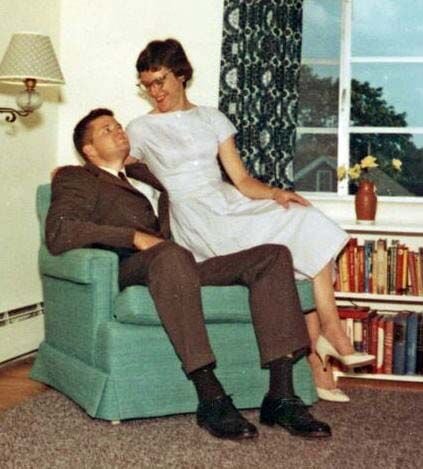 We accept many different kinds of announcements. Just click on the button below and submit a form.

Ann and Daniel Swift, longtime Fairbanks residents, will celebrate their 60th wedding anniversary on April 29, 2021. Like many Fairbanksans, Ann and Dan came to Alaska from the Lower 48, Dan from Massachusetts and Ann from Wisconsin.

While in high school, Dan became fascinated by field of physics because so many scientific discoveries came simply from the application of mathematics and logic. He knew this would be his career path and pursued it, earning degrees from Haverford College in Pennsylvania and the Massachusetts Institute of Technology.

Ann’s early passion was writing; she worked on newspapers all through school, so many were surprised when she chose to study nursing in college. After receiving her registered nursing certificate from the University of Wisconsin-Madison, she and a couple of friends moved to Colorado to work as nurses in the Denver area. Then Ann completed a journalism degree at the University of Colorado in Boulder before moving to the Boston area, where she worked for the Beacon Press, which was connected with the Unitarian association.

Ann soon became involved in the Arlington Street Unitarian church, which started a singles club, and a coworker of Dan’s suggested that he check it out. The group met on Sunday evenings and also went on excursions like beach picnics, and hiking trips. Both Ann and Dan had grown up with a love of the outdoors so both enjoyed these activities. They eventually began dating and were married on April 29, 1961.

As a young couple, Ann and Dan continued to enjoy exploring places outside of the city; hiking, swimming on Cape Cod and camping. Increasingly, they began to tire of the effort it took to get away and into nature. On a lark, Dan wrote to the director of the Geophysical Institute at the University of Alaska in Fairbanks, asking if there might be a position for him and got back an enthusiastic response. He had some familiarity with the work of the institute, and knew Alaska would be far less crowded than the eastern seaboard. An added benefit was that Dan’s cousin, Woody Wood, had already moved to Alaska with the military.

In May 1963, Dan, Ann and their one-year-old daughter, Elisabeth, drove north to Alaska. The family settled on Grenac Road, off Farmers Loop Road, close enough for a bicycle commute to the University. Daughters Sarah and Margret were born in 1965 and 1967. In 1967 they purchased an aluminum river boat, which became their ticket into the back country, for hunting and fishing excursions as well as for picnicking on sandbars.

While Dan worked at the Geophysical Institute at UAF, doing research that focused on understanding the Aurora, Ann worked part time in editing jobs, while also caring for the children. She eventually returned to nursing, working at Fairbanks Memorial Hospital and then as a home health nurse for the state.

Ann and Dan also devoted much of their time to organizations in the Fairbanks area. Ann was a founding Member of the League of Women Voters of the Tanana Valley and the Tanana Valley Hospice. She served on the board of both organizations, as well as on the Fairbanks Hospital Foundation Board. Both Ann and Dan were members of the Alaska Conservation Society, where Dan was involved in the acquisition of Creamer’s Field as a waterfowl refuge, and later in the Northern Alaska Environmental Center. Ann put her journalistic and editing skills to work producing newsletters for these organizations, with her children helping collate and staple mimeographed sheets in the early years.

In 1988, they relocated to a beautiful log house on Chena Ridge that overlooked the Tanana River and Alaska Range beyond. Ann was finally able to have her south-facing garden where she spent much of her time, along with serving as precinct chairperson during elections. Dan took up woodworking, crafting beds and dining room sets for all of his daughters, who were setting up their own households. Two of their daughters settled within a relatively short distance of their house, allowing Dan to visit by bicycle. The challenge of riding up and down Chena Ridge only added to his enjoyment.

Dan served 15 years as chairman of the Edanella Heights Road Service area and oversaw many improvements to the service area roads. Dan formally retired from UAF with emeritus status in 1994 but continued his research on a part-time basis until giving up his office in 2007. Over the course of his career Dan was author or co-author of 97 scientific publications and numerous presentations at scientific meetings.

In 1995, Dan and Ann started traveling as add-ons to international scientific conferences, first in Japan. Then they took trips to Australia, New Zealand and Argentina where they would bring camping gear, rent a car and travel on an unplanned itinerary. They also took several small-ship excursions, including one to the Antarctic Peninsula. Another excursion involved taking their eldest grandchildren, Everett and Ruth, to the Galapagos Islands. The last trip was to Mazatlán, Mexico in 2017.

In 2016 Ann and Dan joined many of their friends and former colleagues by making their home in Raven Landing. They have remained active with volunteer activities, OLLI classes, and University seminars up to the present time.

Ann and Dan will celebrate their anniversary in Fairbanks along with their local daughters Sarah and Margret and their husbands, Steve Masterman and Carl Heidel, and their eldest daughter, Elisabeth, who now lives in the Washington D.C. area and her husband Dennis Olson. Unable to attend in person, but celebrating from afar, will be their grandchildren (Everett, Ruth, Katy and Xel) who are currently in college in the Lower 48.

Add an entry as

Keep it Clean. Please avoid obscene, vulgar, lewd, racist or sexually-oriented language.
PLEASE TURN OFF YOUR CAPS LOCK.
Don't Threaten. Threats of harming another person will not be tolerated.
Be Truthful. Don't knowingly lie about anyone or anything.
Be Nice. No racism, sexism or any sort of -ism that is degrading to another person.
Be Proactive. Use the 'Report' link on each comment to let us know of abusive posts.
Share with Us. We'd love to hear eyewitness accounts, the history behind an article.

Add an entry
Watch the guestbook. Stop watching this guestbook.

• Caroline Everts, of Fairbanks, made the dean’s list at Union College.

Offer a personal message of congratulations...

You'll find individual Guest Books on the page with each announcement. By sharing a positive thought you add happiness to the lives of those who are reaching a new life milestone. . .