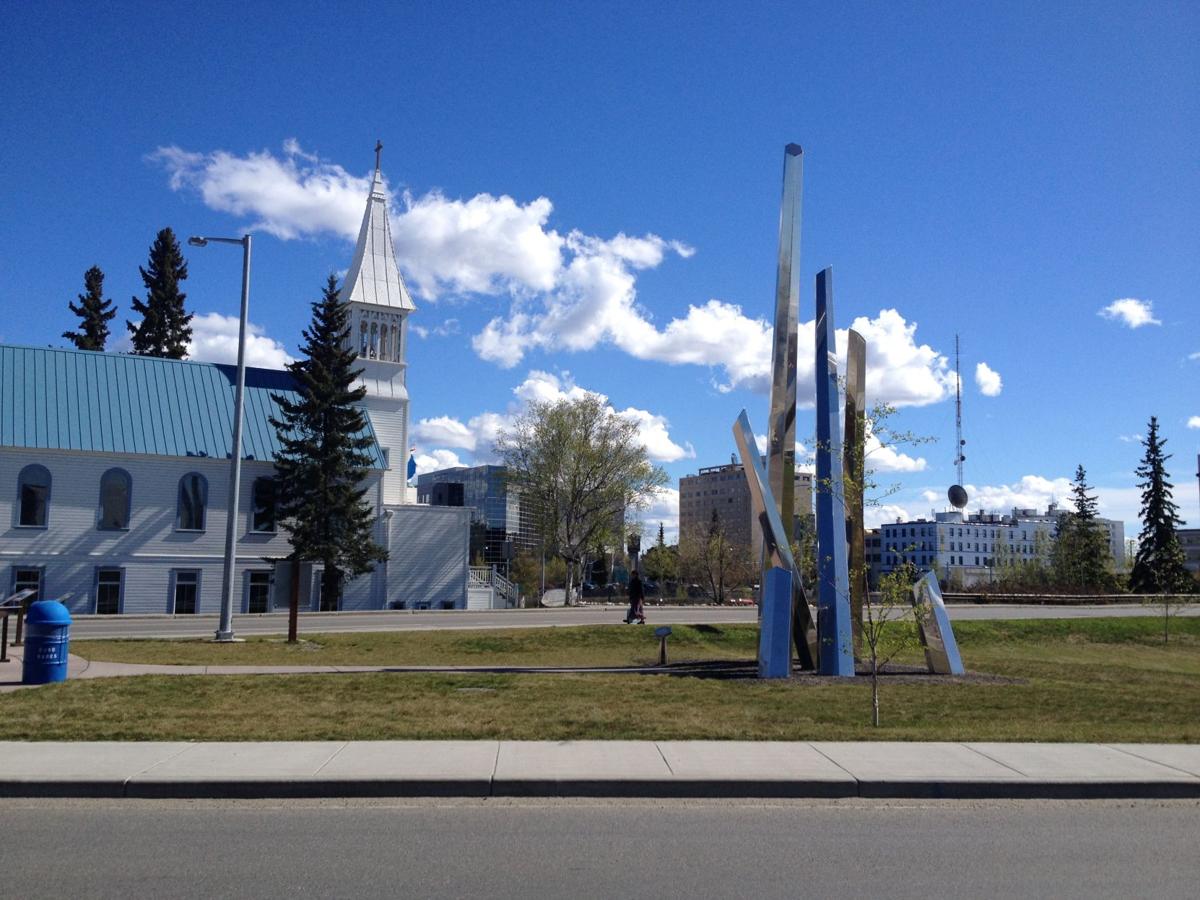 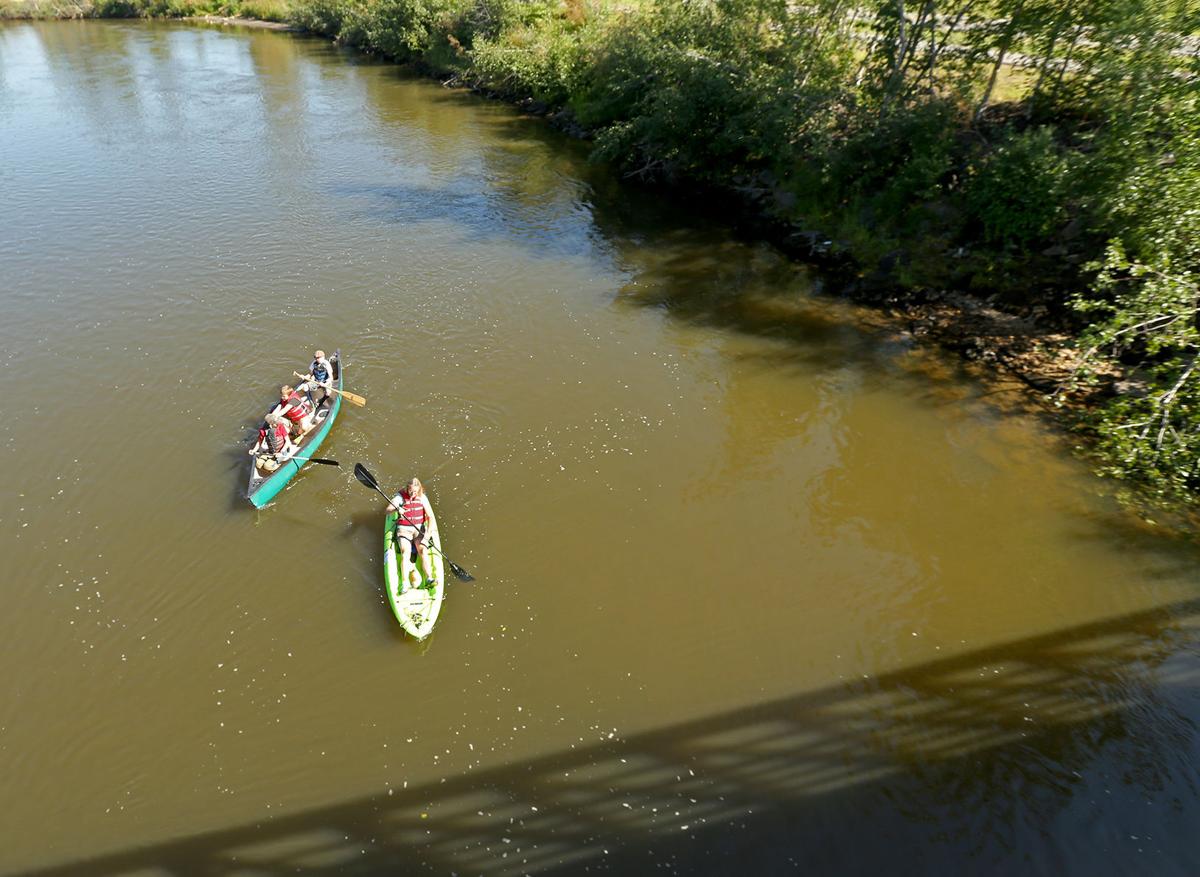 Boaters soak up the sunshine while floating the Chena River as seen from the pedestrian bridge near the Carlson Center Tuesday afternoon, July 24, 2018.

Boaters soak up the sunshine while floating the Chena River as seen from the pedestrian bridge near the Carlson Center Tuesday afternoon, July 24, 2018.

At its heart, Fairbanks is a river town, and downtown’s Golden Heart Plaza is the easiest spot to enjoy the Chena River as it slowly meanders downstream.

“The river, of course, is a major feature,” said David van den Berg, executive director of the Downtown Association of Fairbanks.

Multiple sculptures throughout the plaza honor Fairbanks’ influences, from indigenous culture to the city’s role in World War II and the inescapable influence of wilderness.

A bike and pedestrian path parallels the south side of the river from the Steese Highway to Pioneer Park and offers excellent opportunities for an afternoon outing. Try starting at the Morris Thompson Cultural and Visitors Center — you can even get family portraits in traditional Athabascan garments there — then take the path through a green belt to the plaza, where information signs were installed in 2017 commemorating the 50th anniversary of the 1967 flood. Keep your eyes out for high water signs on buildings, installed the same year.

Returning for two months this year are Third Thursdays on Second Avenue — a small street fair incorporating stores, street vendors and entertainment. The fair will be held on May 16 and June 20 with an al fresco feeling.

Golden Heart Plaza is also the epicenter of what organizers say is Alaska’s largest single-day event: The Midnight Sun Festival. Each year city streets are closed down the weekend closest to summer solstice, vendors and entertainment are brought in and thousands cycle through. This year’s festival is June 23.

Also in Golden Heart Plaza is the office of the Yukon Quest International Sled Dog Race, housed in an old cabin. Stop by and learn a little about one of the toughest sporting events around.

Work in recent years has significantly improved walking in downtown, specifically on Cushman and Noble streets. “Sidewalks and crosswalks are better from Westmark Hotel all the way to Golden Heart Plaza,” van den Berg said.

Fairbanks’ newest and oldest landmarks stand side-by-side just north of the Chena River. The Polaris sculpture, a multi-pronged stainless steel pyramid with accompanying informational plaques about Fairbanks’ past, is adjacent to the 1904 Immaculate Conception Church, one of Fairbanks’ oldest buildings. The church was built on the opposite side of the river and relocated in the winter of 1911.

Sadly, another one of Fairbanks’ oldest buildings, the 1906 Masonic Temple, partially collapsed and was torn down in 2018.

Plenty of venues offer a cozy atmosphere for a tasty drink. Two of the newest are Venue on Second Avenue, which recently started serving beer and wine, and Goldies AK on Fifth Avenue, a chic spot for mixed drinks. You also have more opportunities to delight your taste buds with Fairbanks Distilling Company’s expanded hours. The company crafts potato vodka in old City Hall.

If your visit to the Golden Heart City happens to fall on the first Friday of any month, be sure to check out the vast display of local artists at various galleries.

An impressive amount of history and entertainment is packed in Fairbanks’ small downtown, much more than can be shared here. For more information and ideas visit www.downtownfairbanks.com, www.morristhompsoncenter.org or go to the visitor center at 101 Dunkel St.