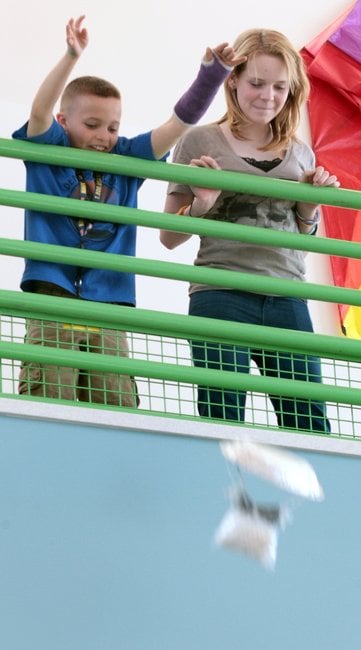 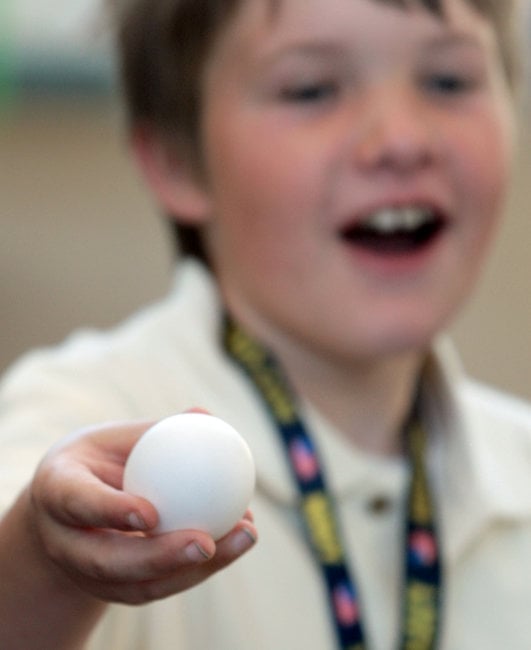 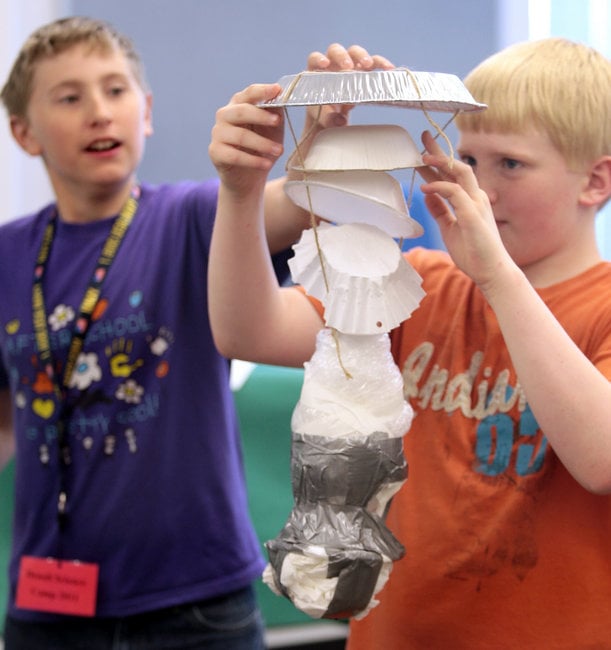 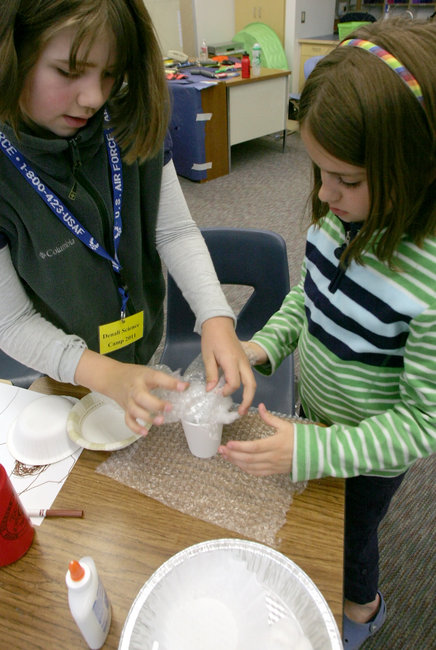 FAIRBANKS — Dropping raw a egg over a second floor stairwell without cracking the shell requires expert knowledge of air resistance and shock absorption, and Denali Science Camp participants eagerly took on the challenge.

The Monday afternoon exercise was one of many special interest classes in the first week-long camp session at Denali Elementary School, and it brought out the imaginative and inventive nature of the fourth-grade through sixth-grade attendees.

Teacher Kate Petersen had plenty of materials on hand for the summer scientists to work with.

And most of the half-dozen teams used aluminum foil pie pans to soften their egg’s fall.

The padded, imaginative enclosures were of varying sizes and workmanship.

One team took no chances. Its carefully bundled container was large enough to hold a newborn baby.

While Sierra attached string to the parachute wings, Kayla crushed bubble wrap for the final protective covering of the egg package which she cut from a paper cup and bowl.

Next to their work space, Zack Swisher and Abigail Dunlap tested their egg parachute and decided they had to tape over the holes punched in the pie plate parachute to slow the air rush under it.

Nearby, Sydney Barker and Amanda Frantz put the finishing touches on their egg carrier, dubbed “Space Ship from Mars,” festooning it with lightning bolts cut from yellow construction paper.

Paper lightning bolts dangled from the edges of the pie plate parachute and decorated its strings.

When all were ready, it was a rush to the school’s main staircase where each team tested its creation in turn, aiming for an empty plastic swimming pool on the floor below.

On the count of “One, Two, Three,” each egg carrier, was launched on its downward journey.

After each egg was retrieved and peeled from of its packaging, the results were announced: Not one eggshell cracked.

Health Sense: Things to consider when running for the first time or if it has been a while

If it’s been a long time since you’ve last had a good workout and you are looking to get started again, there’s a lot of things to consider to…