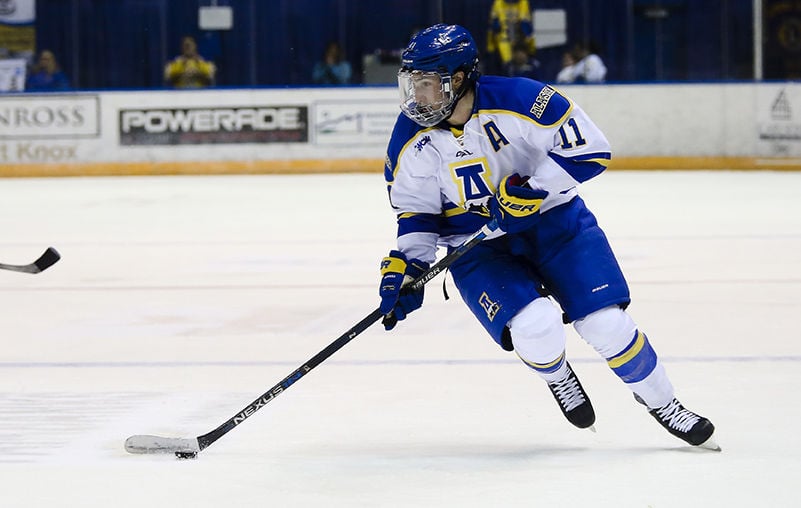 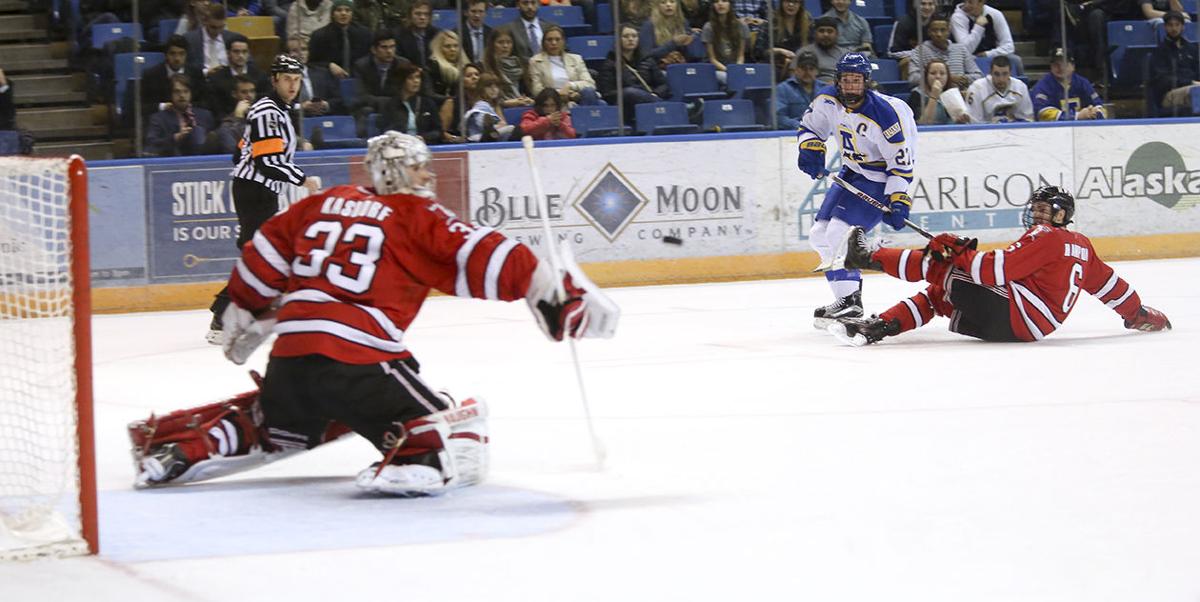 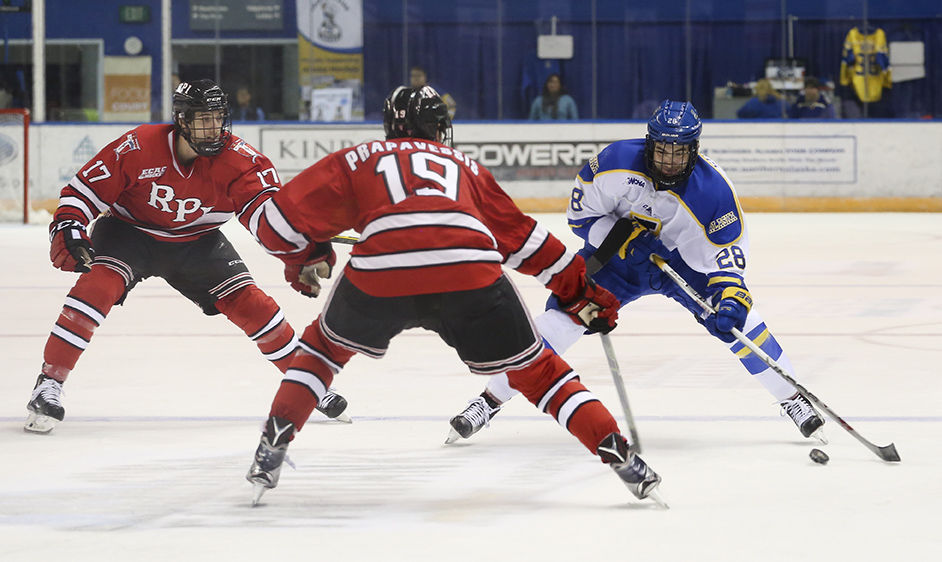 FAIRBANKS—For the second straight night, the Alaska Nanooks found themselves in a 2-0 hole after the first period.

And for the second straight night, the Nanooks came back to win at the Carlson Center.

“We knew we could come back, obviously from Friday night,” Nanooks sophomore left wing/center Peter Krieger said. “We could turn it around. Didn’t want to get down on ourselves, just play our hockey. Play fast, move the puck and get pucks on net and I think good things will happen like they did.”

The Nanooks (2-2-0) trailed American International 2-0 on Friday night before scoring seven straight goals in the 7-2 win.

“It’s probably not ideal to go down 0-2 in both games,” Krieger said. “Obviously you want to try and score the first goal but if you can’t, you don’t want to let it get to you. You want to stay positive on the bench.”

Colton Sparrow knotted the game 1-1 with his first goal of the season at 6:00 of the third period. Sparrow found a loose puck in the crease behind RPI goalie Jason Kasdorf and slid it into the net.

Krieger supplied the game-winner, putting a rebound of a Zach Frye shot into the net. Krieger said the goal came off a designed play off a faceoff win in the offensive zone.

“The goal was to get it back to Frye and either shoot it on net or if he didn’t have a shot, to go off the backboards and I would go to the net,” Krieger said. “He put a great shot on net and (Tayler) Munson had a great rebound. I had an open net so I kind of got it on a silver platter there.”

Tayler Munson, who was named the tournament’s MVP, added a shorthanded, empty net goal at 18:22 of the third.

“That was the first game of the year for me that our guys looked like what I think our team could be,” Nanooks assistant coach Lance West said. “Played with a lot of pace, they played hard, they competed, they battled and I was very impressed with what I saw.”

The Engineers (1-3-0) jumped out to a 2-0 lead in the first period behind goals from Riley Bourbonnais and Jake Wood.

“We had to battle tonight. That team’s got a lot speed,” West said.

Bourbonnais opened the scoring at 3:25 with a power-play goal.

Wood doubled the lead on a shorthanded breakaway at 9:00. Wood took advantage of a Justin Woods turnover at the blueline and beat Nanooks goalie Davis Jones on the stick side.

Munson got the Nanooks on the board at 5:30 of the second period. After having his first two shots stopped by RPI goalie Jason Kasdorf, Munson got the third attempt into the net.

Kasdorf made a career-high 47 saves in the loss. Jones stopped 26 shots for the Nanooks, who outshot the Engineers 51-28.

Munson’s teammates Zach Frye and Tyler Morley were both named to the All-Tournament Team.

Frye had four points, all assists, in the two games while Morley scored twice and added an assist.

The other members of the team were American International’s Austin Orszulak, who scored twice, and Kasdorf, who made 70 saves in two games.

Fairbanks native Stephon Williams earned his third straight win of the season on Saturday for the Bridgeport Sound Tigers of the American Hockey League.

Williams made 30 saves as the Sound Tigers beat the Providence Bruins 3-1 in Bridgeport, Connecticut.

Williams is 3-0-0 this season, including two starts. He holds a 2.50 goals against average and a .949 save percentage.

Johnson allowed a goal to Vladislav Namestnikov in the second period and a power-play goal to Alex Killorn in the third period.

Colton Beck, a former Nanooks forward, had an assist for the Idaho Steelheads in a 5-4 ECHL loss over the Rapid City (South Dakota) Rush on Saturday. Beck scored twice in a 5-1 win over the Rush on Friday.