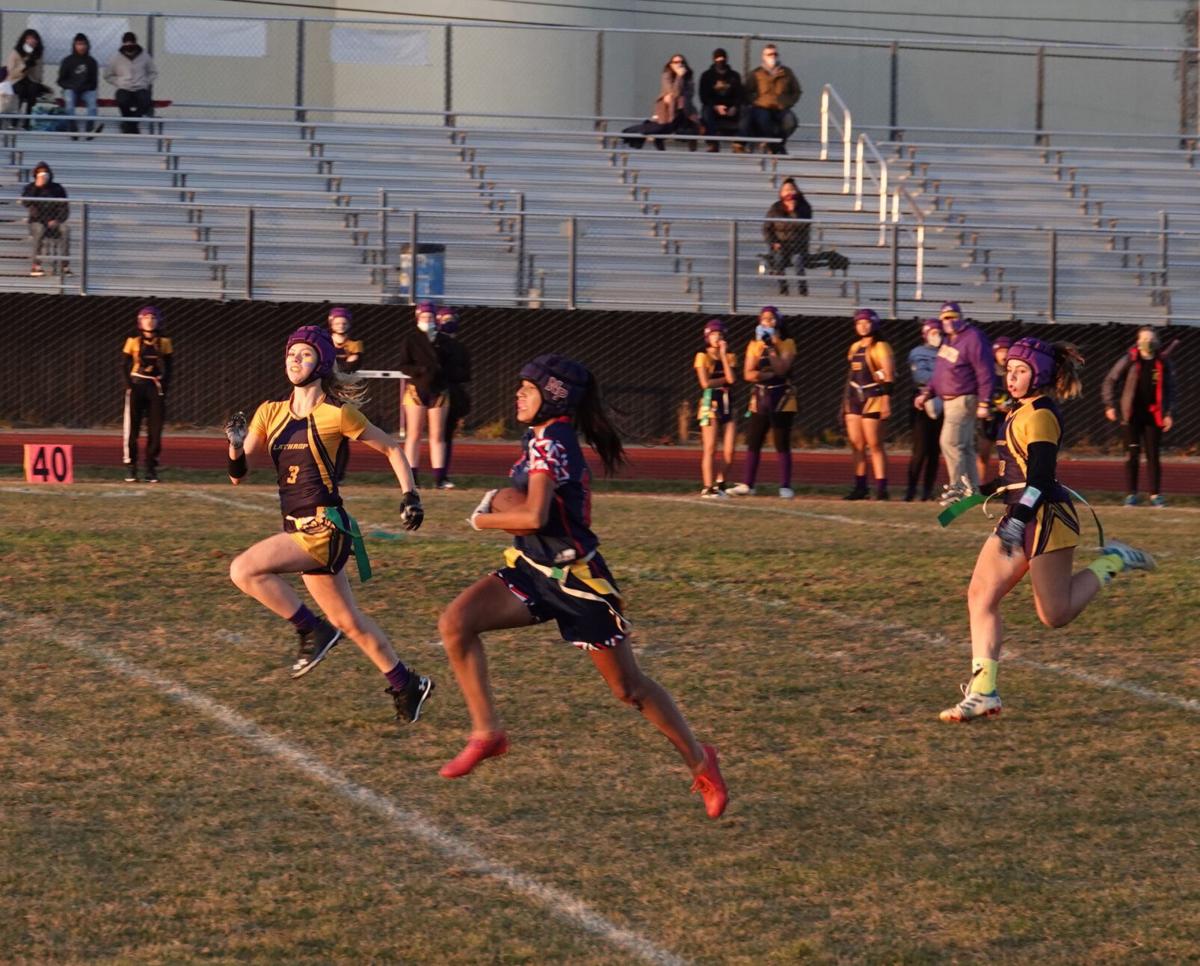 North Pole Patriots' Desi Dutra heads for the end zone to score one of the two touchdowns she made in Thursday's game against the Lathrop Malemutes. North Pole won, 12-0. Photo courtesy of Monica Dutra 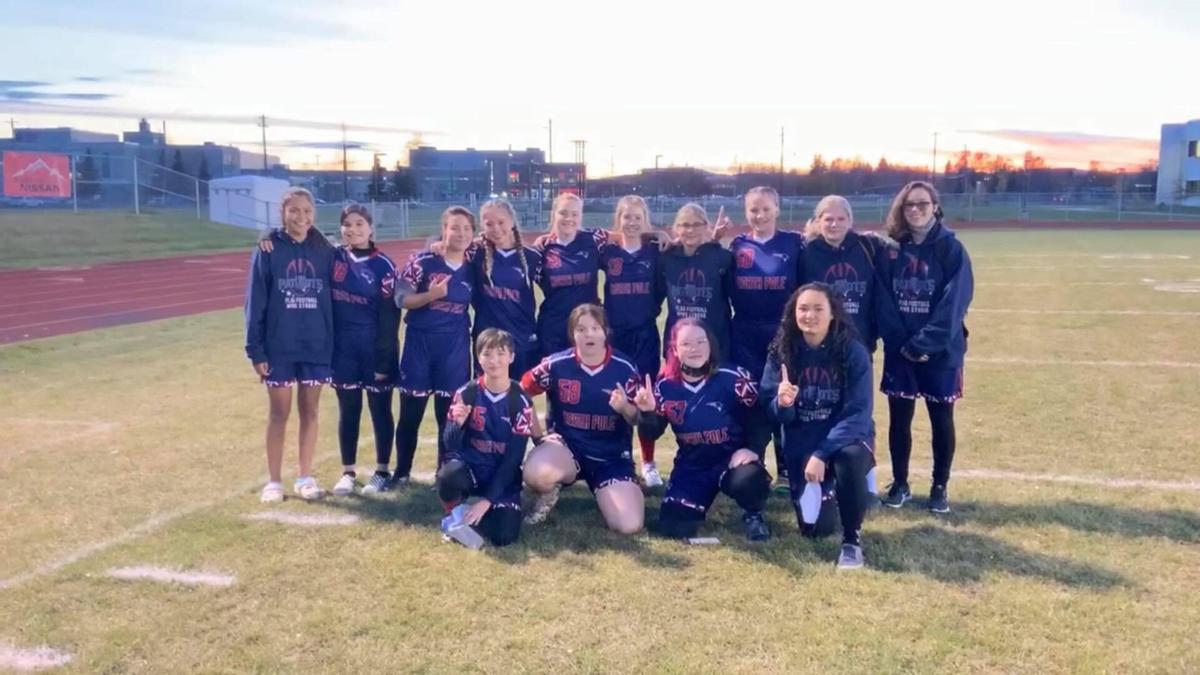 The North Pole Patriots flag football team won their league with a 7-2 season in 2020. Photo courtesy of Mat Croan

North Pole Patriots' Desi Dutra heads for the end zone to score one of the two touchdowns she made in Thursday's game against the Lathrop Malemutes. North Pole won, 12-0. Photo courtesy of Monica Dutra

The North Pole Patriots flag football team won their league with a 7-2 season in 2020. Photo courtesy of Mat Croan

The West Valley volleyball team handily defeated the Hutchison Hawks on Thursday: 25-12, 25-11, 25-5. Skyler Wolf had a standout match, leading the Wolfpack in blocks (3), kills (7) and digs (5). She was backed by teammates Pam Noll, who had five kills, 13 serves (two aces), and four digs; Erin Pomeroy with 11 serves (three aces) and eight assists; and Ali May with 10 assists and 12 serves (four aces.) Megan Dow had three blocks and Risa Heinrichs contributed four kills.

Two veteran football coaches, now coaching with new teams, are hoping to lead their respective team to the promised land.

Kyle Allison at Monroe Catholic and David DeVaughn at West Valley will compete in the ASAA state football playoffs next weekend.

The unbeaten Monroe Rams at 5-0 will host the Houston Hawks or Nikiski Bulldogs in the ASAA Division III semifinals, depending on which team wins its playoff today. The Rams have a bye. The semifinal game will be played Oct. 17 at 6 p.m. at the Kiwanis/Big Dipper Football Field. The state championship is on Oct. 24.

Meantime the West Valley Wolfpack will be at home to the Palmer Moose in the ASAA Division II semifinals. Kick-off time is set 1 p.m. on Oct. 17 at West Valley High School. The winner of this contest earns a berth in the state title game on Oct. 24.

The ASAA Division I state tourney starts this weekend with eight teams opening up quarterfinal play in the Anchorage area. East Anchorage enters the single-elimination event as the top seed. The Juneau Huskies, despite not having played a game yet this season, have also earned spot in the big schools post-season action.

All 40 players on the Homer Mariners football team is on a 14-day quarantine after two coaches tested positive for COVID-19. The team earned a first-round bye in this weekend’s Division III plays. If cleared to play by Oct. 17, they are hoping to play the Valdez-Redington winner on Oct. 19, according to Alaska Schools Activities Association Executive Director Billy Strickland.

The site of the playoff game will be determined based on their opponent.

The Big Ten Hockey Conference has announced that they will start their season on Nov. 13. The seven-team conference that features the likes of Michigan, Ohio State, Notre Dame and Penn State, plans to play a 24-game conference schedule and has also scheduled contests with the independent Arizona State Sun Devils.

An announcement is expected soon by the WCHA. The Western Collegiate Hockey Association is home to the Alaska Nanooks and the UAA Seawolves. This will be the final season to the league in the form that we know now. The seven teams, minus Fairbanks, Anchorage, and Alabama-Huntsville, will form the new CCHA for the 2021-22 season. As for now, the Nanooks, Seawolves and Chargers will compete as independents unless they find a league to compete in.

Bruce Cech is a longtime sports enthusiast and voice of the University of Alaska Fairbanks Nanooks hockey team. Follow him on Twitter @akhockeychecker and on ESPN Radio 820 KCBF. News-Miner staff writer Julie Stricker contributed to this report.