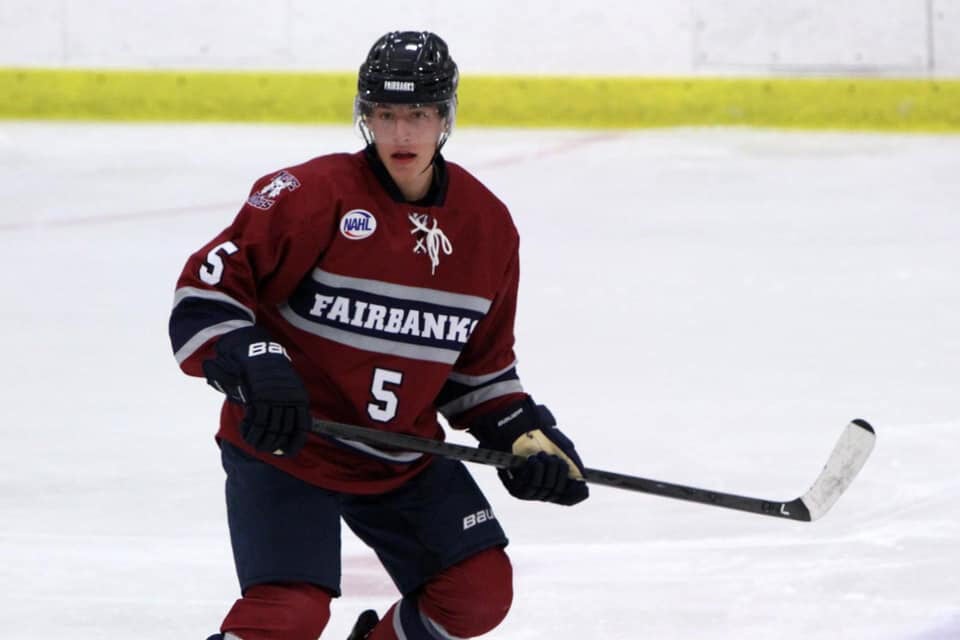 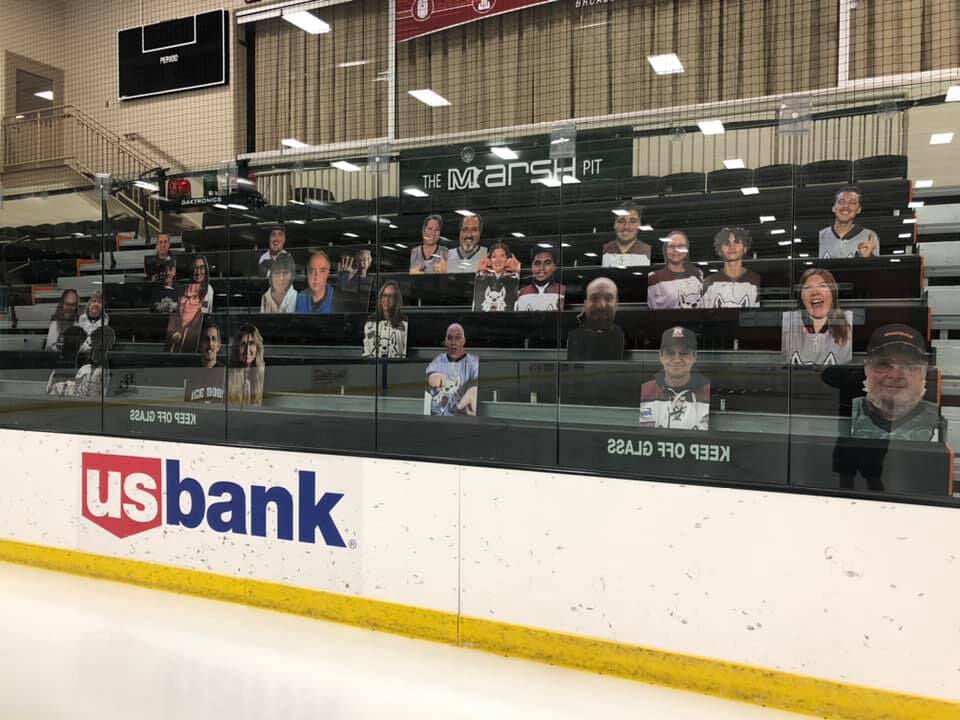 Cutouts of Ice Dogs fans start to fill the stands at the Red Baron Arena in Marshall, Minnesota in preparation for games next week. Courtesy Fairbanks Ice Dogs

Cutouts of Ice Dogs fans start to fill the stands at the Red Baron Arena in Marshall, Minnesota in preparation for games next week. Courtesy Fairbanks Ice Dogs

The Fairbanks Ice Dogs improved their record to 5-5 with a win over the Bismarck Bobcats in North Dakota on Friday night.

Both teams came into the game in sight of the .500 mark, with the Ice Dogs at 4-5 and the Bobcats at 8-10. In a normal season, NAHL teams would have played close to 40 games by this time of the year.

The Ice Dogs got the better of things early on, but Bismarck got back in the game with a goal toward the end of the second period and came all the way back from three goals down to force overtime.

Austin Becker gave the Ice Dogs the lead at 11:58 in the first period when he scored off an assist from Tyler Herzberg.

The Bobcats reduced the advantage back to two before the end of the second when George Grannis scored on a power play with less than 2-minutes left in the period. Austin Schwartz and Jon Ziskie recorded assists on Grannis’ goal.

Then the Bobcats grabbed ahold of the momentum in the game with a goal from Isaac Henkemeyer-Howe off a Luke Gramer assist 5-minutes into the third period.

Schwartz went from creator to goal scorer for the Bobcats at 17:17 in the third period to send the game to overtime, but five-minutes of extra play wasn’t enough for either team to net a winner and the game progressed to a shootout.

Ryan Keyes got the win in goal for the Ice Dogs, making 35 saves from 38 shots faced.

The Daily News-Miner is seeking an