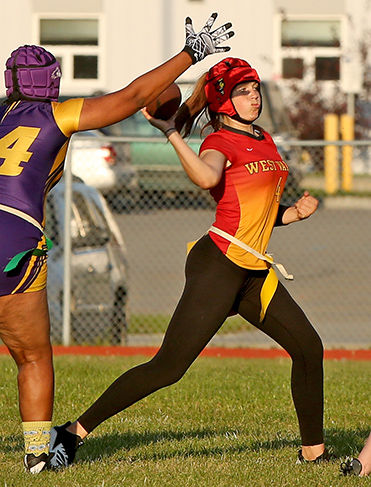 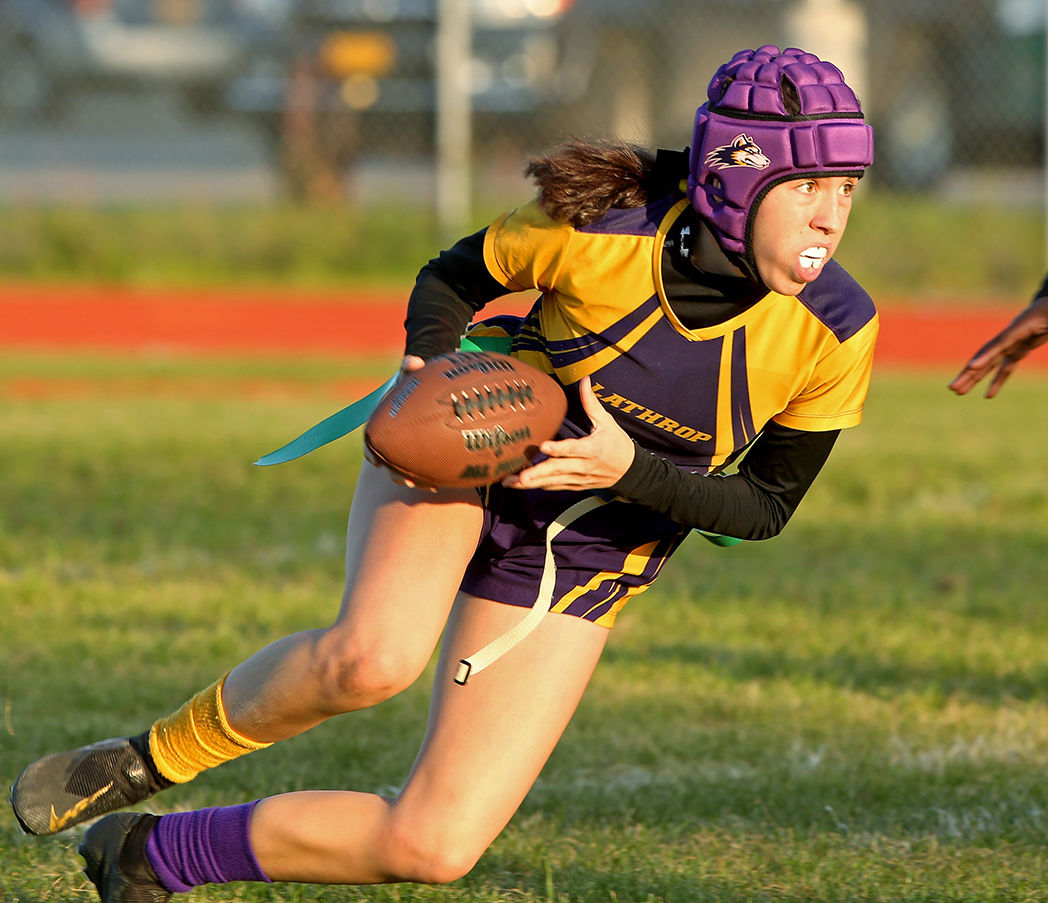 However, those times of struggle were sandwiched between two long touchdown pass plays which gave the Wolfpack a 14-6 victory and a 4-0 record this season.

Quarterback Tessa Lindberg connected with wide receivers Bridgette O’Neill in the first quarter and Sheridan Blasey in the fourth quarter on the way to a 9-for-21 night with 255 yards passing.

“Utilizing our receivers who have great hands, great blocking up front by my offensive line, just learning to adjust to what came at them and giving me time to throw the ball,”  said Lindberg, a junior who threw for 255 yards on nine of 21 attempts.

“Sheridan is a real asset on this team, and I really appreciate everything she does.”

Blasey sealed the win with 4:45 left in the contest after she caught a short pass in stride, got behind Lathrop’s secondary and sprinted down the left sideline into the end zone. West Valley missed on a two-point conversion run.

Lindberg didn’t forget about O’Neill, whose 76-yard TD with 9:52 left in the first quarter began with her collecting a pass at the West Valley 30-yard line and breaking untouched down the right sideline. Blasey caught a two-point conversion pass from Lindberg to make it 8-0.

“I love Bridgette. She’s such a great worker, a hard worker,” Lindberg said. “She’s a great senior to lead the team, help with this offense with Sheridan alongside. She’s doing a great job.”

Composure helped West Valley when Lathrop’s defense halted its efforts between the touchdowns.

“It’s not our first time going against something like this, teams figuring out what goes wrong in our offense,” Lindberg reflected. “We do a great job of ‘Hey, let’s try this.’

“Thinking on our feet, doing a great job and working on the obstacles ahead of us.”

Lathrop worked its way into the end zone when senior quarterback Aniya Tuck swept to the right side and a threw a 10-yard pass to Torrin Johnson-Oates with 1:18 left in the game.

“What had happened was when I swung to the left side, it left her wide open and she was there for the touchdown,” said Tuck, who completed five for 11 passes for 106 yards. All the passes went to Johnson-Oates.

Lathrop attempted a pass for a two-point conversion but it was broken up.

The loss was Lathrop’s first after starting the season with three straight wins.

“We just need to learn how to keep our composure,” Tuck said. “When we make a mistake, it gets in our heads, and I just think we need to be calm, do what need to do and run our plays.”

Before Thursday’s matchup, both teams were coming off victories on Tuesday. West Valley won 22-18 over the visiting Hutchison Hawks and Lathrop beat the host North Pole Patriots 31-0.