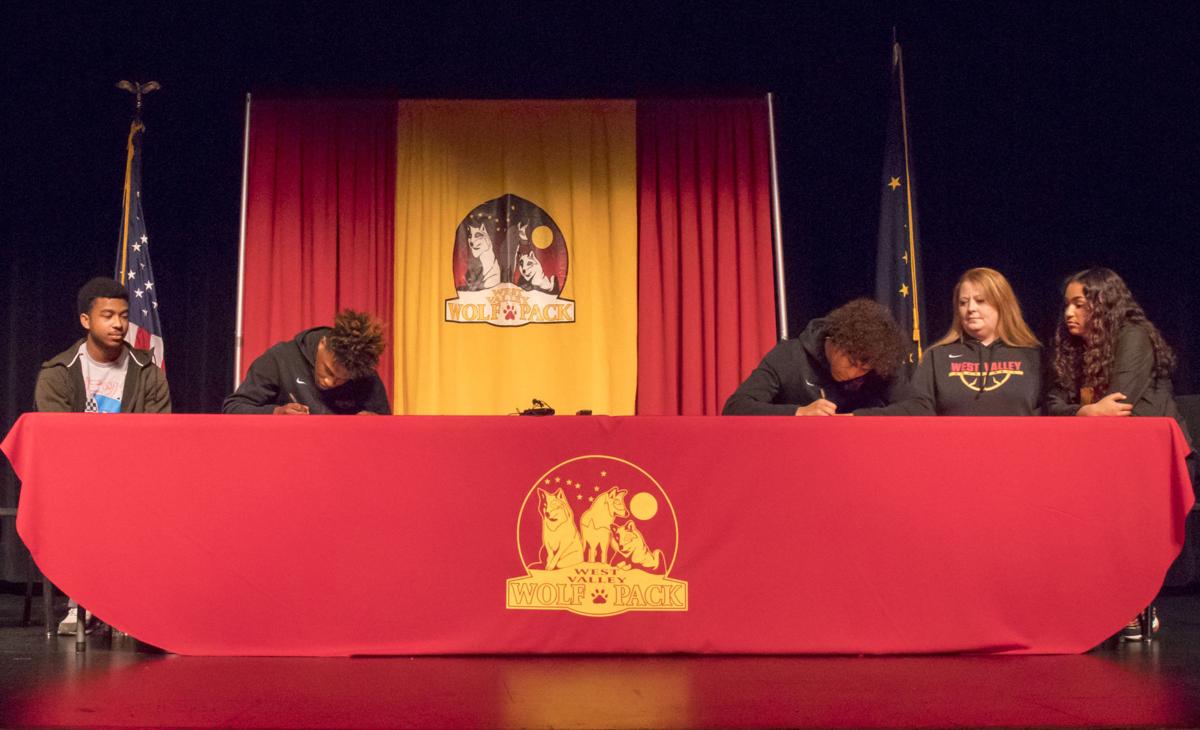 While the group of four is splitting up they will be less than 30 minutes apart and all four will still have opportunities to play on the same court. Both schools are in the Seattle area and belong to the west region of the Northwest Athletic Conference. The two teams face off at least twice each year.

“It definitely made me more committed to the school knowing that I have a brother with me along with two other brothers like 30 miles away or so,” Simon, who signed his letter on the auditorium stage alongside Nance, said.

Off the court, Simon is looking forward to studying business administration.

Nance, also a star wide receiver for the Wolfpack (he was a 2019 Railbelt All-Conference second team selection), had the added pressure of choosing a sport.

Davis and Peter were the second pair to take the stage and make their commitments official.

“It’s definitely a big stress relief off my shoulders and a big weight lifted off my chest,” Peter said after signing his letter with the South Puget Sound Clippers.

“We’ve all worked for this since we were young,” he added. “So definitely seeing my really close friends sign, I’m proud of them because I know they’ve worked for it and being able to move on to the next level with all three of them real close together is really huge for me.”

For Davis, getting to continue playing with his teammate of six years was hard to pass up.

“Me and Terrell have always wanted to play together at the next level and now we’ve gotten that opportunity,” he said. “It was definitely a big impact for me, knowing that I could go to a college with one of my friends that I’ve been playing with since I was a little kid.”

Peter agreed with his teammate and added, “We created a good bond together that you probably can’t break.”

“I kind of just want to stay as close to basketball as much as I can,” he said. “So if that’s helping student athletes regain their physical strength that would be fun to me.”