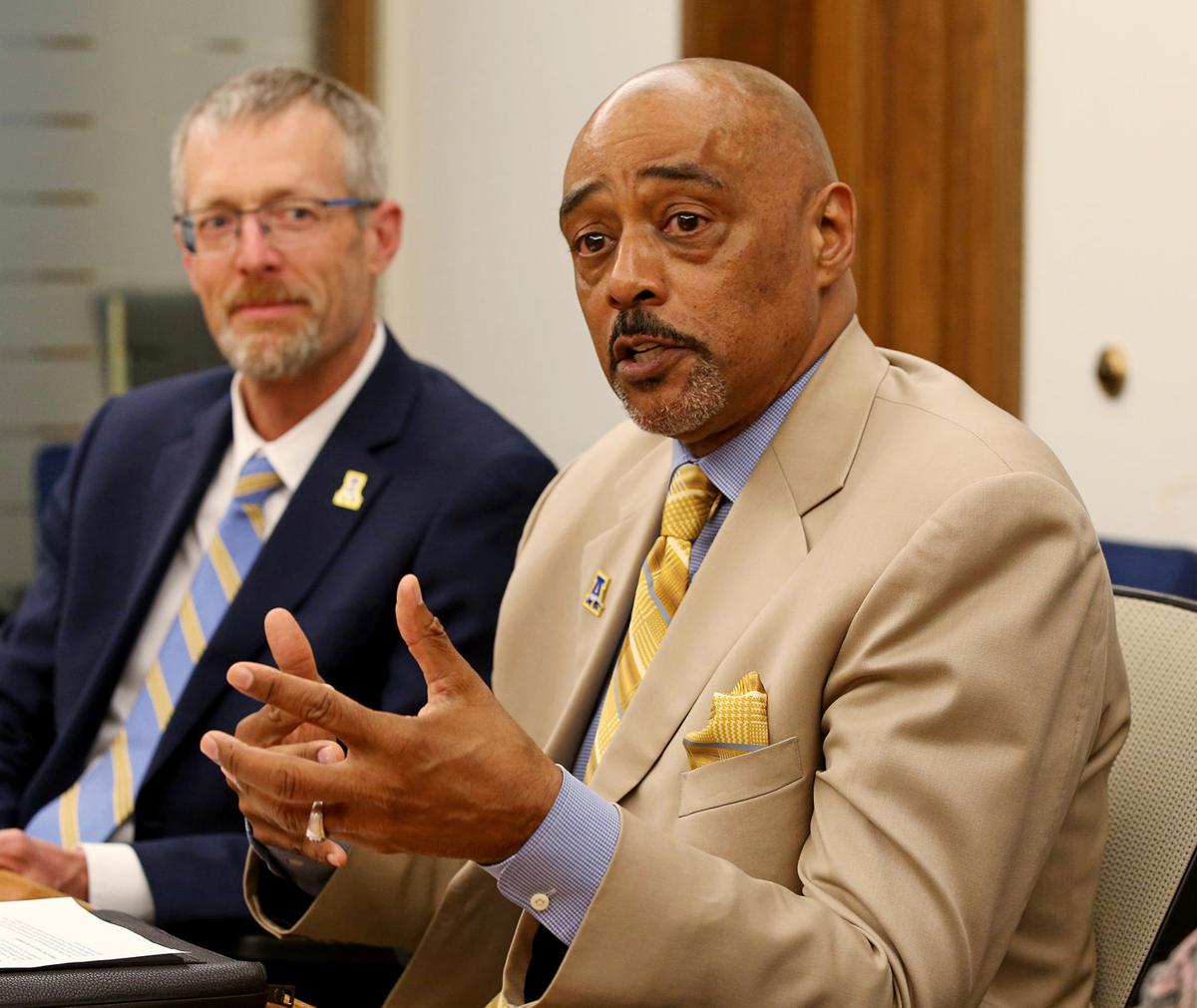 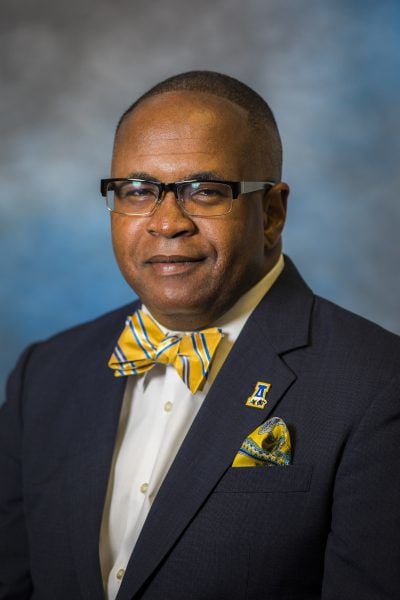 Sterling Steward Jr. was hired by the University of Alaska Fairbanks as athletics director in August 2018.

Sterling Steward Jr. was hired by the University of Alaska Fairbanks as athletics director in August 2018.

Keith Champagne added athletics director Tuesday to his responsibilities for the University of Alaska Fairbanks.

“We need stability moving forward, so I’ve asked Keith to take over that role,” White said.

Champagne said his new role won’t be much different from Steward’s role during his tenure as the athletics director.

He cited strategic planning and fundraising among his emphasis for UAF athletics department. Fundraising is a big priority for Champagne, who came to UAF after working in athletics administration at Central Washington University in Ellensburg, Washington.

The native of New Orleans worked as the chief diversity officer for intercollegiate athletics and interim athletics director for Central Washington, which also is a rival of UAF in the Division II Great Northwest Athletic Conference. The Nanooks’ volleyball, cross country and basketball teams are GNAC members.

“As I’ve said from day one, I’ve talked about creating a 21st century modern athletics department,”  Champagne said Tuesday, “and to do that, you have a highly-functioning fundraising component because that’s the nature of athletics at all levels, all divisions. You must be able to raise money.”

Champagne pointed to community engagement with athletes, corporate sponsorship, branding, marketing and sponsorship rights among the ways to raise funds.

“It’s going to essential to our survival and our financial stability going forward,” Champagne said.

The emphasis on fundraising also has to do with the state budget having not yet been finalized for the University of Alaska System.

Champagne is the third athletics director for UAF in as many years.

“Our goal is to build a good program into a great program,” he said, “and build a program that’s going to last and provide opportunities for future generations of Nanooks athletes to participate here.”

Steward, also a native of New Orleans, was named UAF’s athletics director in August 2018 after he spent seven years guiding the NCAA Division I teams at Savannah State University in Georgia.

Steward, during a phone interview Tuesday afternoon, said he enjoyed “everything” about his experience at UAF.

“I’m a life-long learner, and I believe everything I was exposed to — the weather, the people, the traditions, everything, the administration. Just because things didn’t work out the way I envisioned them to, I still have no issues with anyone,” he said.

“In the profession that I’m in, you live and you learn, and what happened to me and with me was a lesson I need to do a better job negotiating for myself and that prevents a lot of this from happening. It’s a life lesson and I’m excited and ecstatic about my future in front of me.”

Steward said he has no real plans except he’s going back home to New Orleans to visit and take care of his mother for the time being.

“I have no timeline on it. Honestly, be the best individual I can be,” Stewart said, alluding to a new job.

Steward had goals of building the UAF athletics department, and he referred to its personnel as “professionals.” He said he focused on trying to get them to where he wanted and needed them to be.

“And I think I did that,” he said. “A number of my staff have communicated with me since finding out the news (of his resignation) that I made them better, and they thanked me for the time that they had with me. And that’s always refreshing.

“That was one (goal), to work from inside out; meaning, build a solid foundation and then begin to build a mansion.”

Stewart said the athletics department needed to do a number of things to better what it was doing. He said he didn’t get an opportunity to address some issues he needed to because of lack of staff.

“We never got a full staff and that’s a shortcoming that I regret and wished I could have had better results from,” he said. “But overall, I think the program is in a good place, and under the right leadership, and with the right direction, I think the community can get behind it and embrace it.

“It can be the true leader of college athletics that many people want to see it be.”