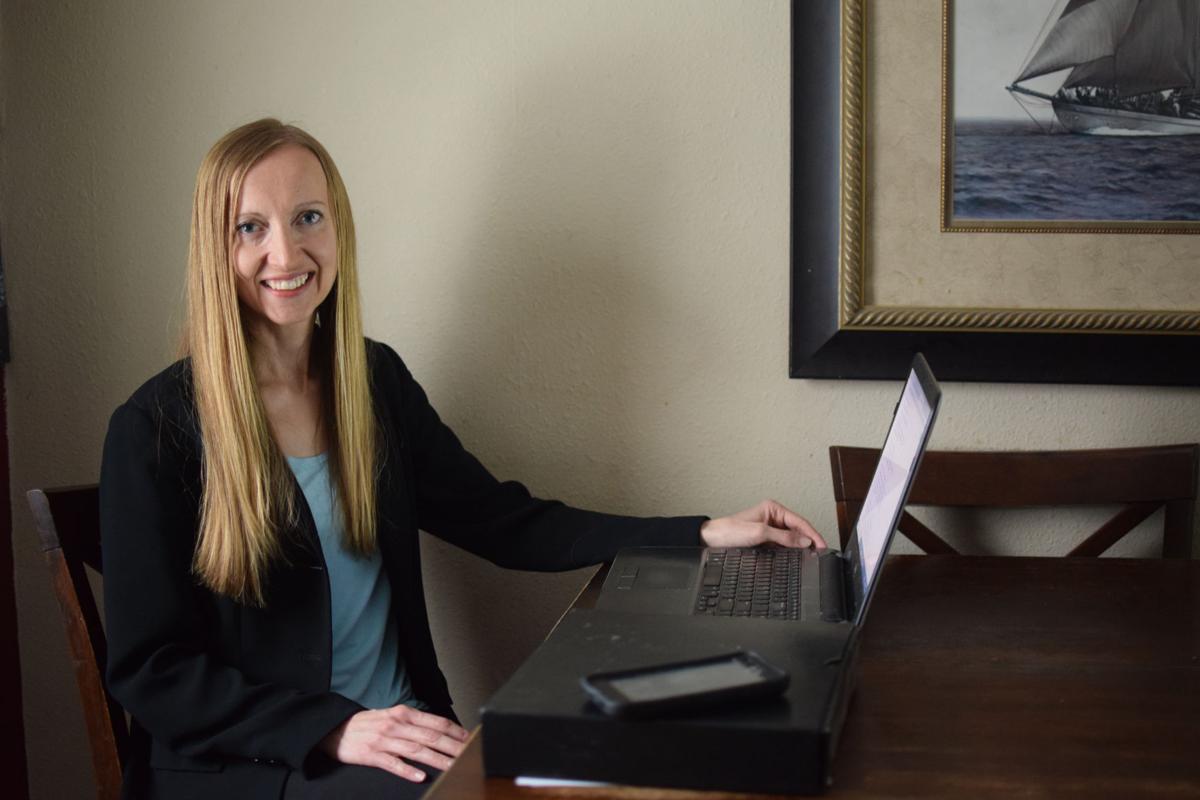 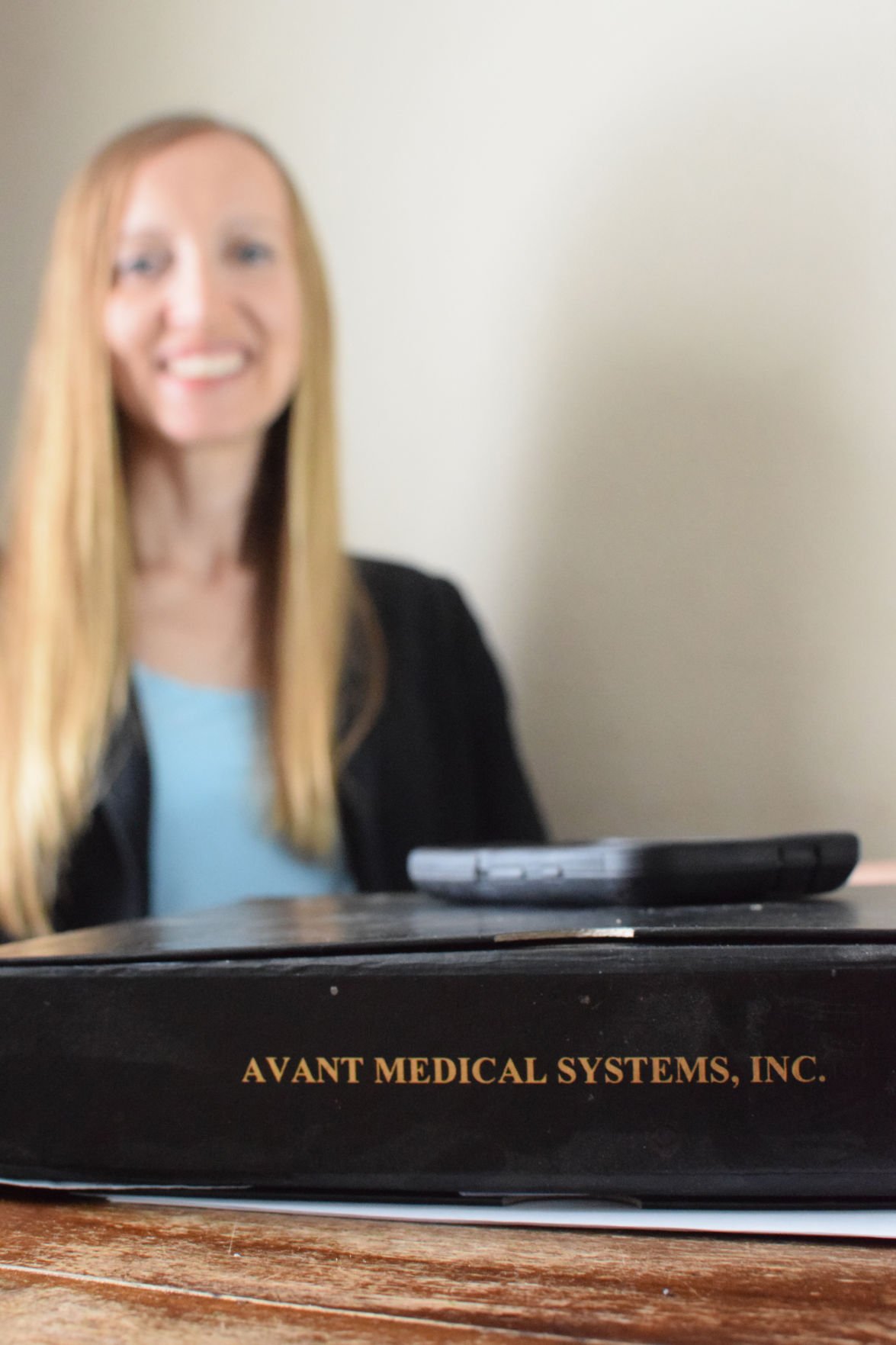 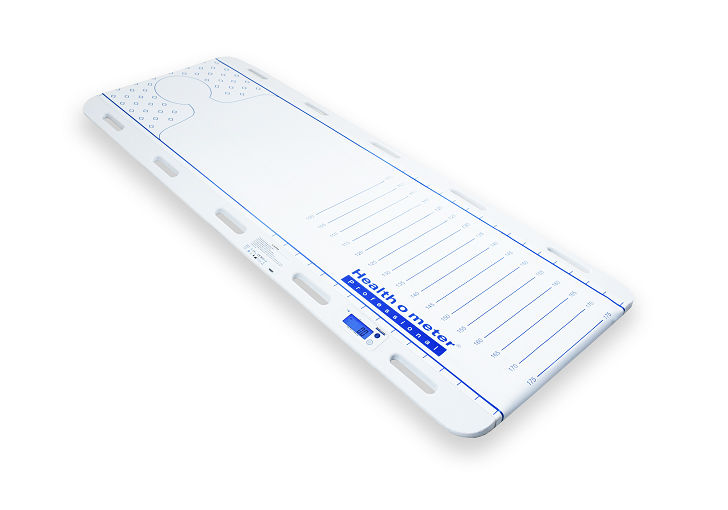 Local startup Avant Medical Systems is one part innovation and three parts patience. Sheridan Heinrichs, CEO and sole full-time employee, runs Avant from her kitchen table in North Pole. Running a biotech startup is all but unheard of in the Interior and entrepreneur Heinrichs built hers around the twin concepts of innovation and determination.

Avant is built around a single invention: the patient transfer scale. It’s deceptively simple. The device is a lightweight backboard with a scale built in. When a patient lies down on the board, their weight is displayed.

As Heinrichs explained, the importance of this simple invention could be literally life-changing. Administering the correct dosage of life-saving drugs is dependent on knowing a patient’s weight.

More than this, according to Heinrichs, weighing patients is a safety concern. She relayed a story about visiting Walter Reed National Military Medical Center, where she witnessed wounded soldiers, some of whom were missing limbs, being balanced on standing scales by medical staff. It was a risk to both the patients and the providers, Heinrichs said.

Enter the patient transfer scale. A version of the device was presented by a group of paramedics, which included Sheridan Heinrich’s husband, John Heinrichs, at the Arctic Innovation Competition in 2010. The idea won third place and $2,500.

“I wish the idea alone created the success and progress,” Heinrichs said.

The prize money was spent on a patent lawyer. It is the only outside funding that was applied to Avant.

The patent is in Sheridan Heinrichs’ name, though the other contributors to the project are mentioned in it. The patent was filed April 2012 and was not granted until November 2014. The process was expensive as well as lengthy. Without it, however, Heinrichs knew larger biotech companies could take the idea.

“If you can get a patent for $10,000, you’re lucky and you’ve done a lot of the work by yourself,” she said. Heinrichs personally did hundreds of pages of technical writing and months of research to help get the board patented. While the process could have been expedited with more money, she is proud to say her patience and work paid off and the company has no debt.

Even after getting the patent, though, the business moved along slowly. Biotech research takes a lot of time and connections.

While there are biotech accelerators — programs for startups that provide business connections and mentoring — Heinrichs found that because she was unaffiliated with a university, most of these programs found her too big a risk. That is, until she was accepted into the Central New York Biotech Accelerator Program. The program helped her make the connections she needed to put the patient transfer scale out and into the world.

It’s been ten years since the scale won at the Arctic Innovation Competition, thousands of dollars in patent litigation, hundred of pages of technical writing, inestimable time working to develop and license the scale and now, finally, Heinrichs’ ship is coming in. The device was licensed to Marsden in Europe and to Chicago-based Health o meter, and is now available for sale.

The final product weighs 25 pounds and can accommodate patients between 22 and 550 pounds. It has a rechargeable battery with 50 hours of battery life. It can be found online for $4,800. It is being marketed for use in intensive care units, emergency rooms and operating rooms.

As a self-described minimalist, Heinrichs won’t be spending the profits from licensing the patient transfer scale on a new car or house. Instead, she’ll reinvest in the new inventions Avant has in the works. Avant has teams at Syracuse and Queen’s universities working on a pediatric smartboard and a separate smartboard that can send vital sign information to an app.

By moving slowly and taking calculated risks, Heinrichs says she was able to bring her product into the world, where it can make a profit and help bring more innovations onto the market.

It’s a comfortable choice for her. Heinrichs is a minimalist, and prefers to run Avant from her kitchen table than to have a home office. When she isn’t working on new inventions, she is working as a private Spanish language interpreter, raising her three children and contributing to various local and international charities supporting refugees.

“I will never be one of those people that has a lot of money and spends it on myself,” she said. After the investment in new inventions, Heinrichs said, “The first thing I will invest in is refugees.”

She hopes that her work will benefit mankind and give doctors and patients the ability to make better decisions. Less concretely, she wants to inspire those around her to make innovative, humanity-centered choices and to “invest in the long-term and challenging thing.”