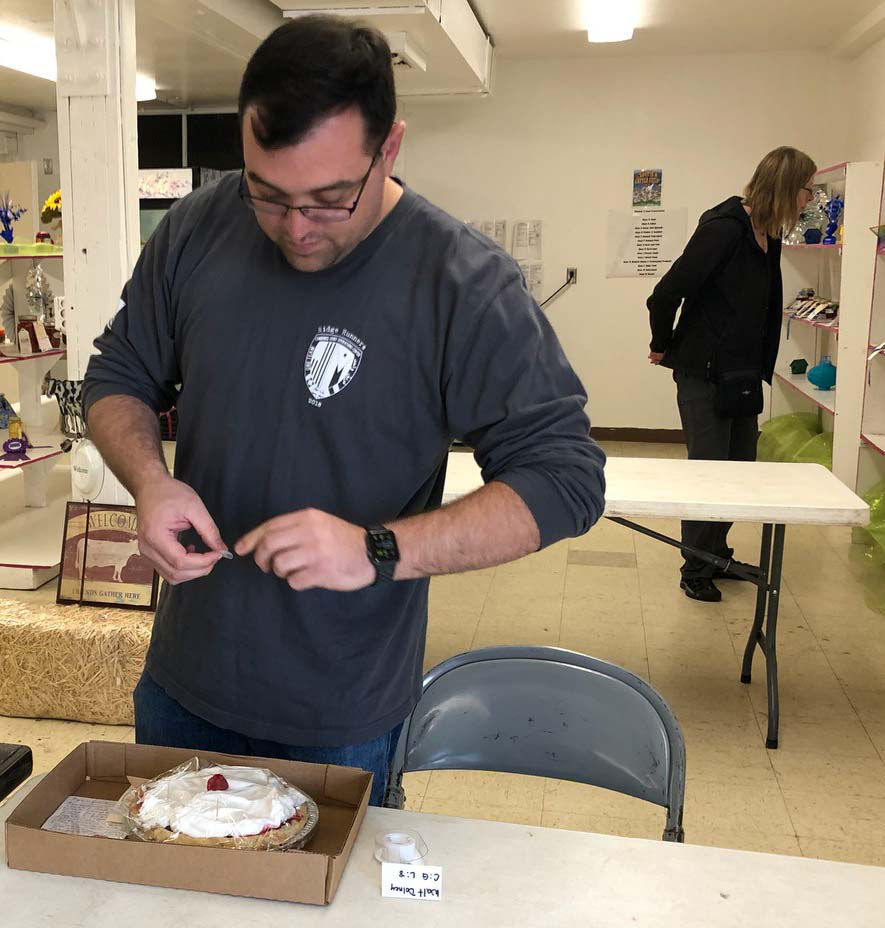 Scott Travers, a volunteer, tags a pie while contestants submit their entries for the Culinary Division at Tanana Valley Faigrounds. Kyrie Long/News-Miner 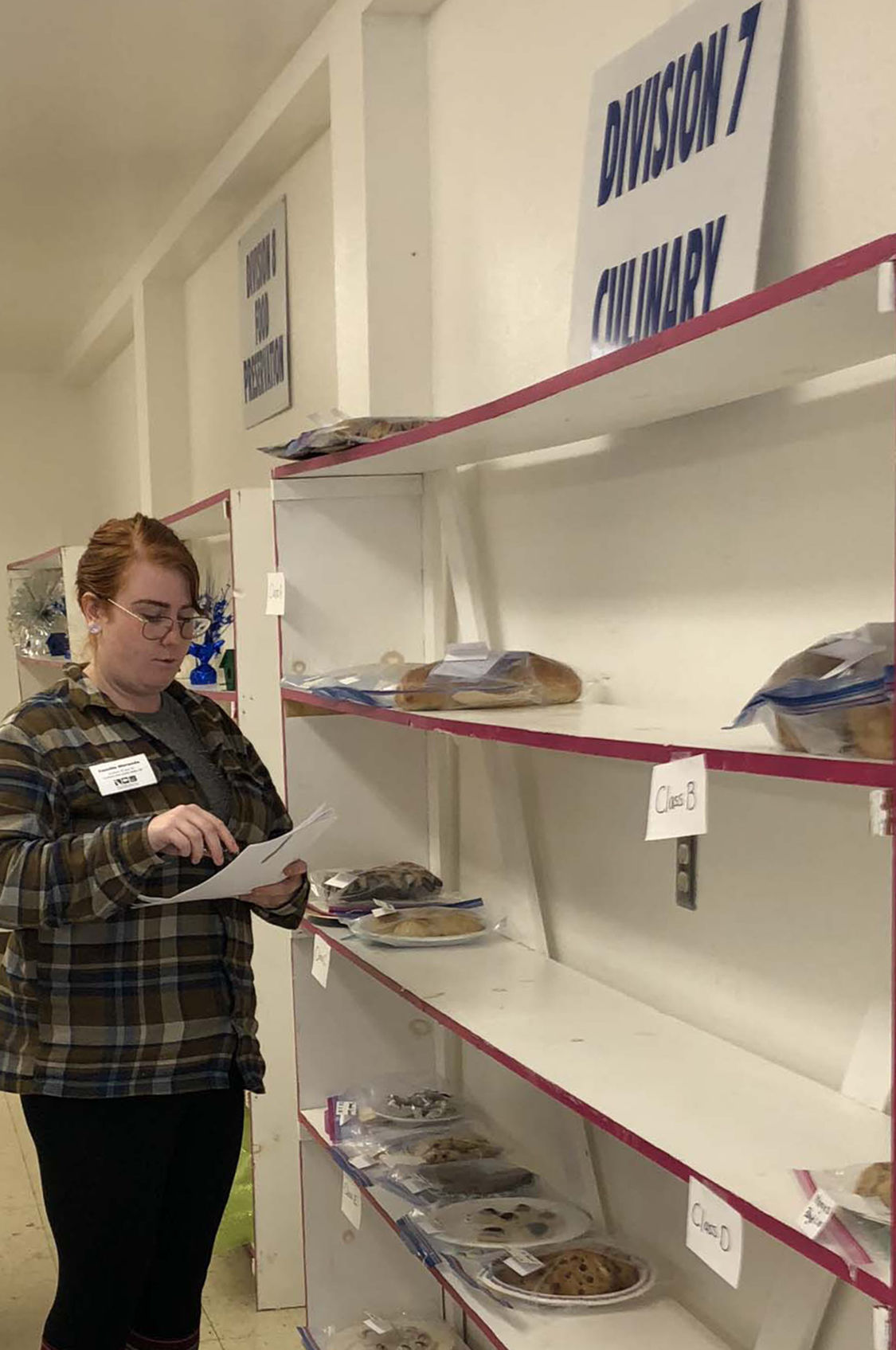 Scott Travers, a volunteer, tags a pie while contestants submit their entries for the Culinary Division at Tanana Valley Faigrounds. Kyrie Long/News-Miner

The Culinary Division of the Tanana Valley Fairgrounds exhibit had a variety of people compete for the chance at ribbons.

“I do not do the judging, although I do taste it because I can’t help myself,” Meranda said, smiling, “but I’m going to have my judges come in once all of the entries are done and then we have a score sheet that we are based off of.”

Entries were accepted until 6 p.m., then the judging began behind closed doors.

Entries were split into categories based on what they were and the baking technique used.

A cake covered in morning glories, this year’s fair flower, was entered 15 minutes before 6 p.m. while another competitor slid a berry pie to the judges. Overall, about 20 entries came in Wednesday afternoon.

Meranda said the judges like to see different techniques in the way bread is baked or ingredients used. Creativity and passion are also important, she added.

“We actually had a pie turned in today that said, ‘Apple pie, made with love,’” she said. “That was nice.”

Judges broke down winners by classes, lots and, of course, declared a grand champion: Meg W. who had rosemary sea salt roll.