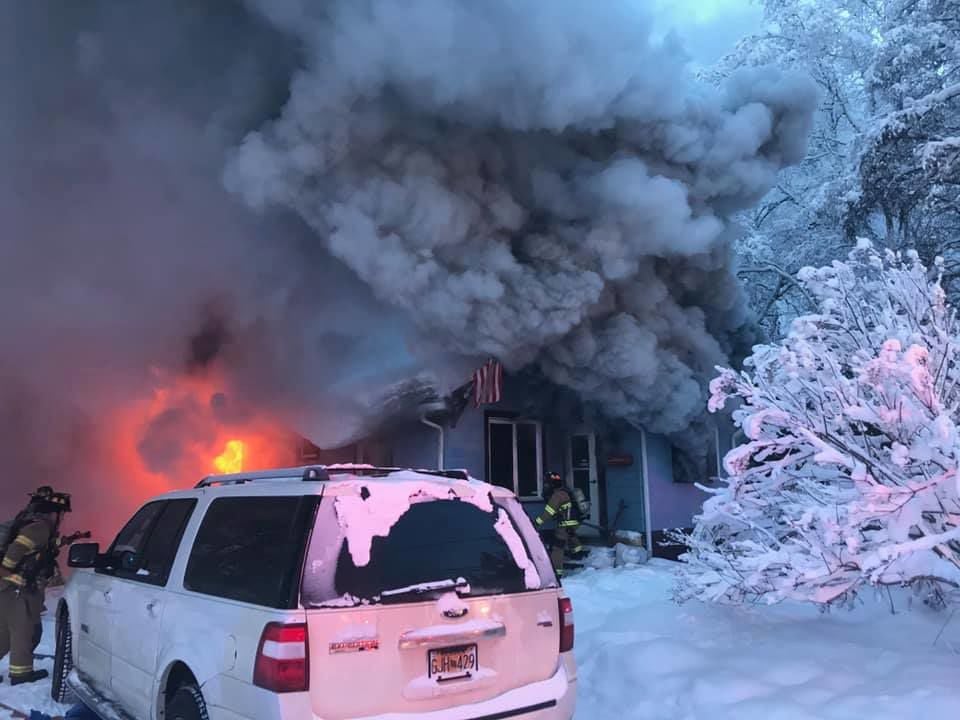 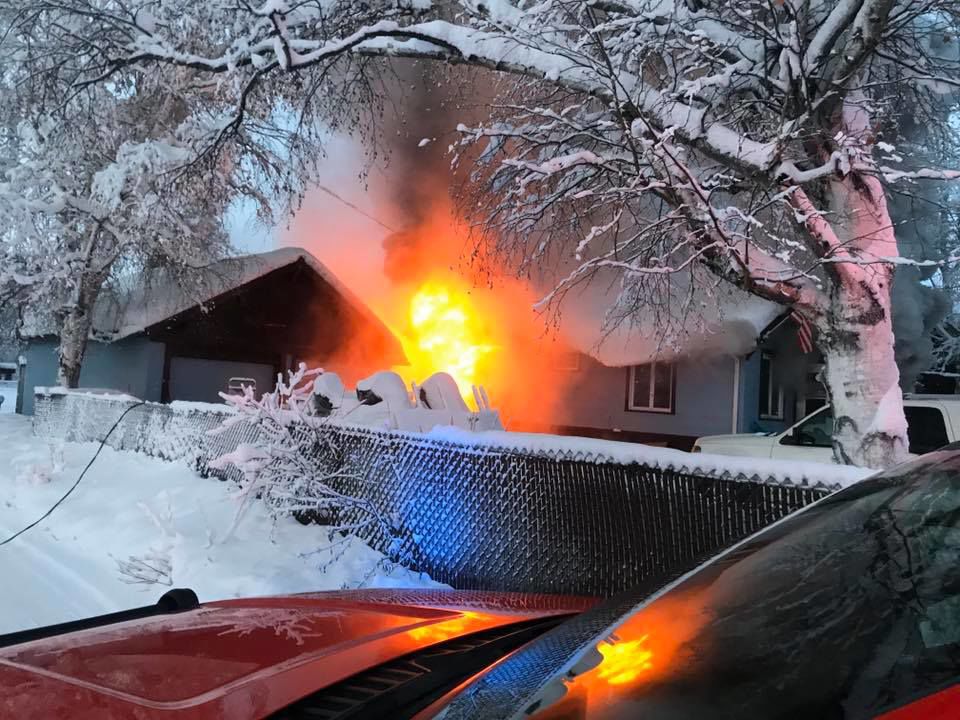 Craig Sivley of Washington took this photo of the house fire on Slater Drive this morning.

Craig Sivley of Washington took this photo of the house fire on Slater Drive this morning.

A Sunday morning fire caused heavy damage to a single-story home off of Slater Street.

Four people were home when the fire broke out in the back room of the house, all of whom had vacated the structure by the time Fairbanks Fire Department and other stations arrived just after 9:30 a.m. Flames were reaching out of the back windows of the house when fire personnel arrived on the scene, damaging the interior walls and the roof.

“There is heavy damage I would say,” said Scott Raygor, battalion chief at Fairbanks Fire Department. “It’s going to take a lot of work. The frame is probably good but heavy damage to the interior.”

Fire teams were able to contain the blaze before it reached the nearby garage or any other homes. No human injuries were reported but some pets are possibly missing, Raygor noted.

The blaze was knocked down in about 20 minutes and under control in about an hour, Raygor said. Fort Wainwright Fire Station and University Fire Department assisted Fairbanks Fire on the call.

“We had four engines and a platform here responding and while those three were here we had to have Steese cover a medical call for us,” Raygor said.

With the flames knocked down, personnel will move into the investigation and overhaul phase of the response.

“So we’ll leave a couple crews on scene just to watch it for a while,” Raygor said around 11:30 a.m. Sunday. “With it being so cold, it’s all steam right now but something could flare back up.”

The temperature at the time of the fire was about 29 below zero.

The fire marshal planned to continue to investigate the cause of the blaze throughout the day Sunday.

“Until we actually get in there and start rooting around we won’t really know,” Raygor said. “The fire marshal will probably be here for another two hours, and then throughout the day we’ll come by when we’re on other calls to check on it and make sure it doesn’t pop back up.”

As of Sunday afternoon, there were no identified causes to the fire yet.