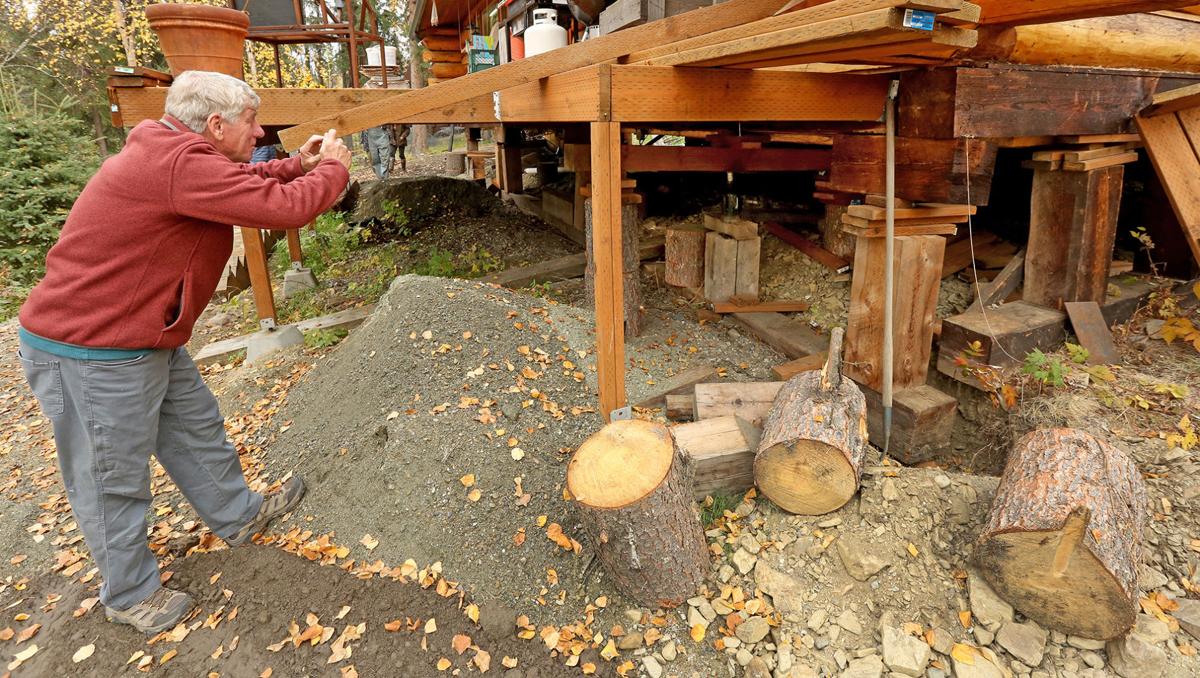 USGS Water Resource Research Act Program Coordinator Earl Greene photographs the extensive jacking and cribbing used by Pete Peterson to level his cabin needed due to the sinking of his property during a Goldstream Valley permafrost thaw and hydrology tour Thursday afternoon, September 12, 2019. 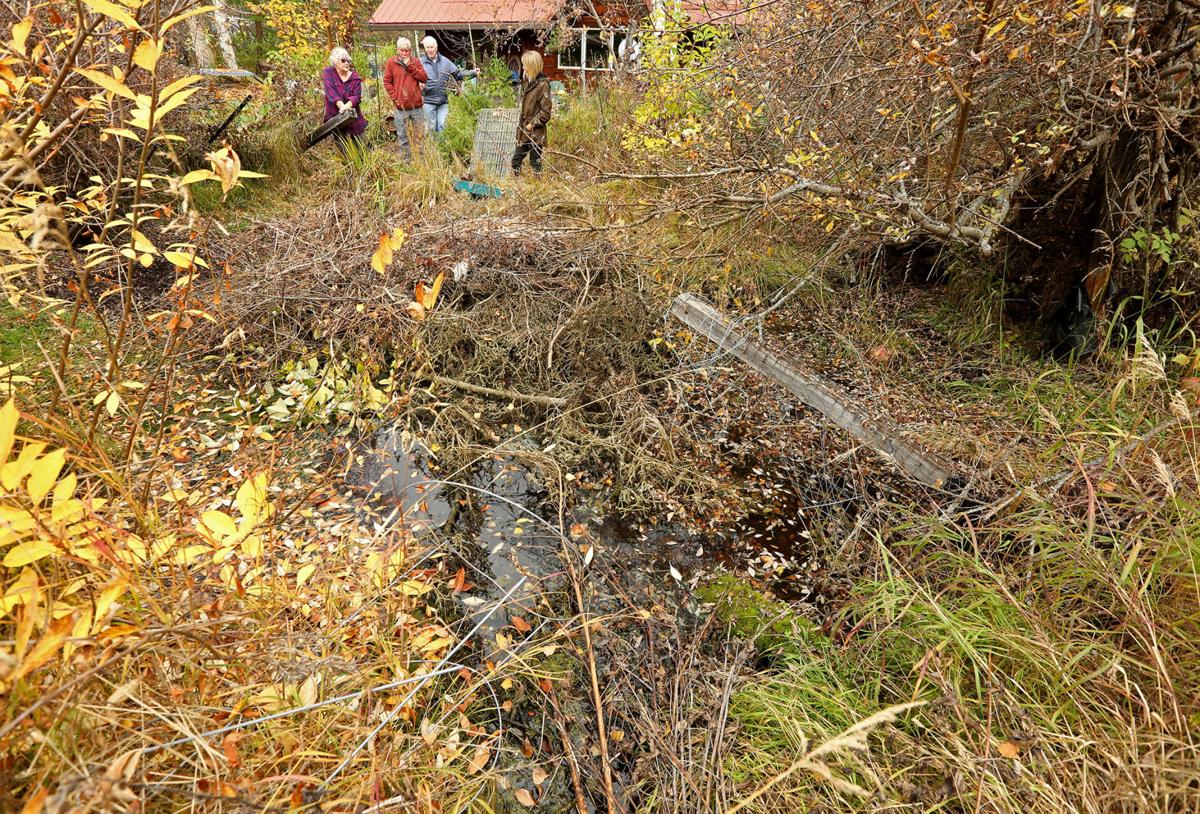 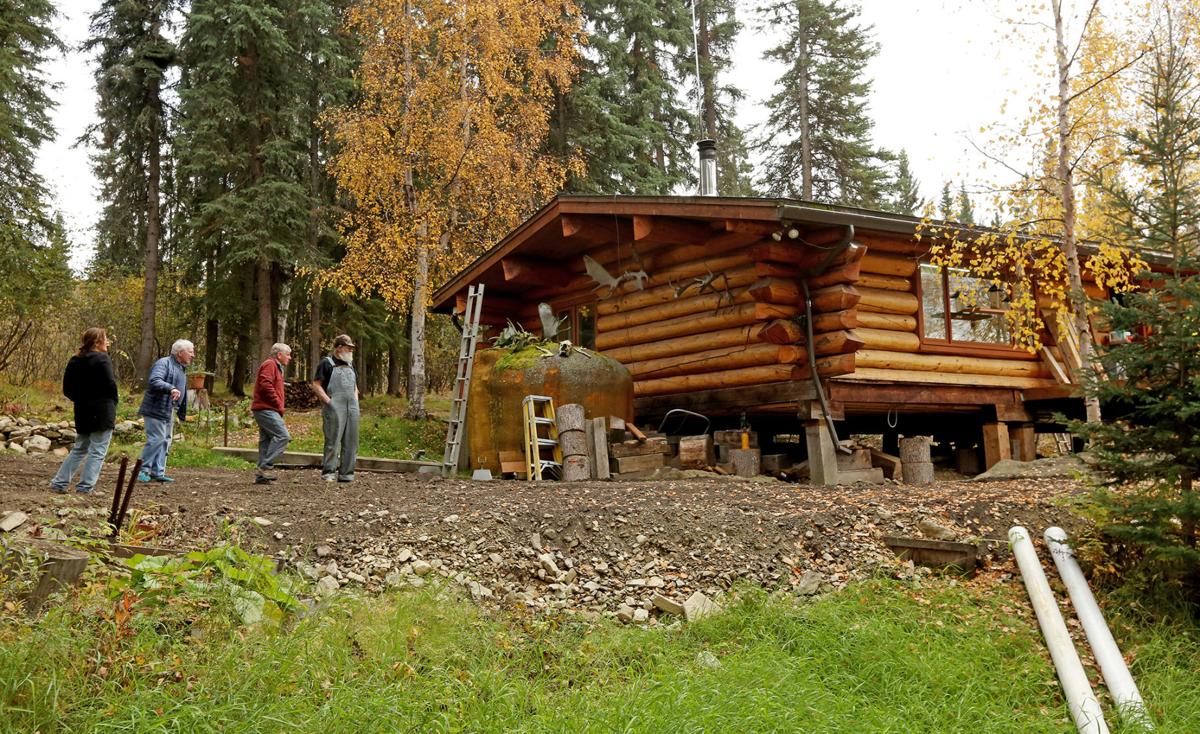 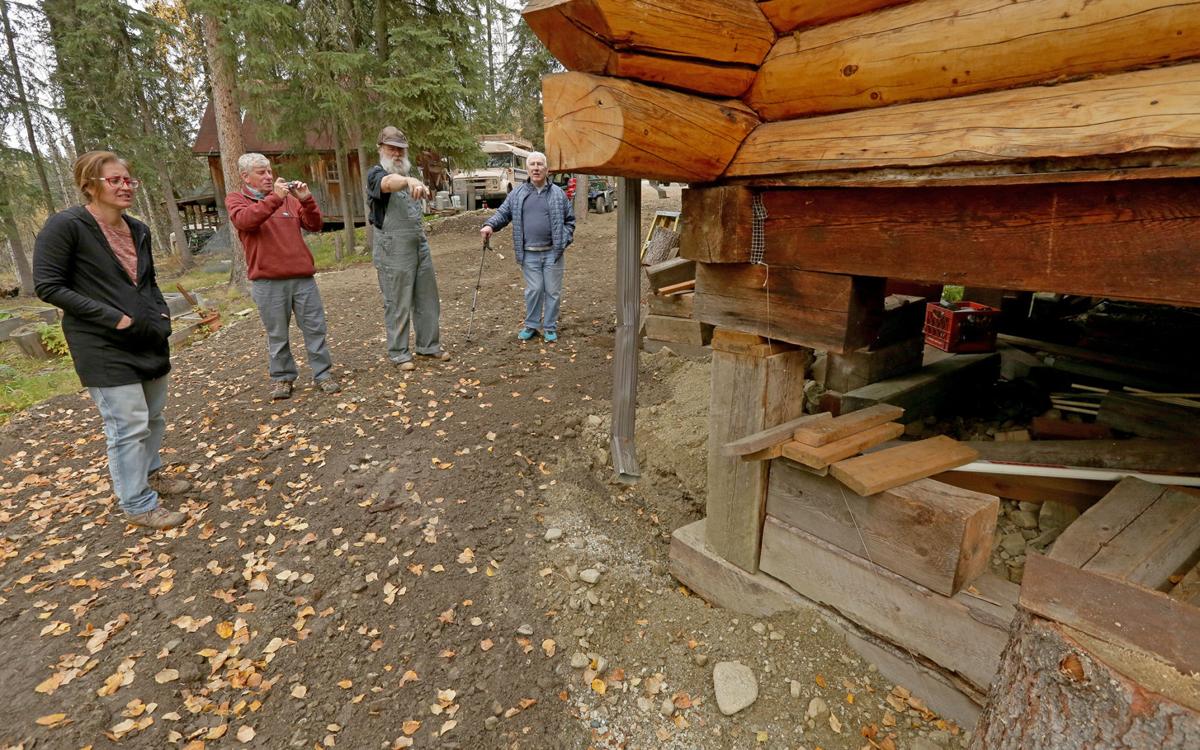 Researchers with the University of Alaska Fairbanks met Thursday with the national chief scientist of the U.S. Geological Survey for Water to examine how permafrost is affecting homes in the Goldstream area.

Earl Greene, with the USGS, made his way through Goldstream neighborhoods Thursday afternoon, after a tour of the Permafrost Tunnel Research Facility, which is owned by the Army Corps of Engineers, Cold Regions Research and Engineering Laboratory and located in Fox. The University of Alaska Fairbanks Water and Environmental Research Center, housed in the Institute of Northern Engineering, conducts research related to water and environmental resources.

“I’m the director of that program, and this is just one of 54,” Greene said.

He said he likes to visit the institutes, meet faculty and get to see graduate students studying water. However, the field trip he took with UAF researchers Thursday was “to see what the issues are locally.”

He added it can be fun to see some of the localized challenges.

The first stop after the Permafrost Tunnel was at Rebecca McGuire’s property. McGuire has huge cracks in the field along her property, which have stopped her from harvesting hay on the land as it has warped over the years. The ground is lush with plant life, which sometimes obscures the sudden dips and valleys caused by the permafrost.

Anna Liljedhal, an associate research professor who also went on the tour, said that when she heard Greene was coming to visit, she thought about talking to Goldstream Valley residents.

“There’s a lot of people living here, and they’re all affected by the permafrost and also the unusual weather we’ve had the last couple of years with very rainy summers,” she said. “So I thought, ‘Why not,’ you know, see if people have personal experiences that they want to share at their homes of how thawing permafrost is affecting them and making it more challenging to live here, and give examples.”

While walking across McGuire’s land, Greene mentioned the way the permafrost alters the land physically is similar to karst in Kentucky, where limestone, a soluble rock, causes the ground to dip and move.

McGuire said that, in more recent years, she has been able to see changes in her land from summer to summer, such as when a pond formed near the road approaching her house. Along the treeline on her property, there are sinkholes. Her house, meanwhile, has a growing gap between the floor and the ground.

“Well, every once in a while, I start worrying about my house falling down,” she said, regarding the day-to-day concerns of living on the property. “I also don’t like to have my kids run too fast across the field.”

Years before, McGuire tried to ride a horse along the land, but it fell into one of the dips in the ground. While the animal was not hurt, McGuire said she did not try again.

Another property the group visited belongs to Kate Wood, whose vegetable garden could now be described as a pond. The center of the patch of land is flooded, with surrounding fencing and beams caving in at the sides. Wood said if it were easier to get to her cabin, she’d fill the formation full of gravel.

“I’ve been trying to just keep adding things to it,” Wood said, gesturing to branches accumulating at the center of the previous garden.

She showed that more of her land is warping, with some fences going crooked and planters tilting sideways in the ground.

Greene called this kind of situation a “collapse feature.”

“Where her hole is, that was level, underneath there was that ice wedge, the ice wedge melted and now you have that depression.”