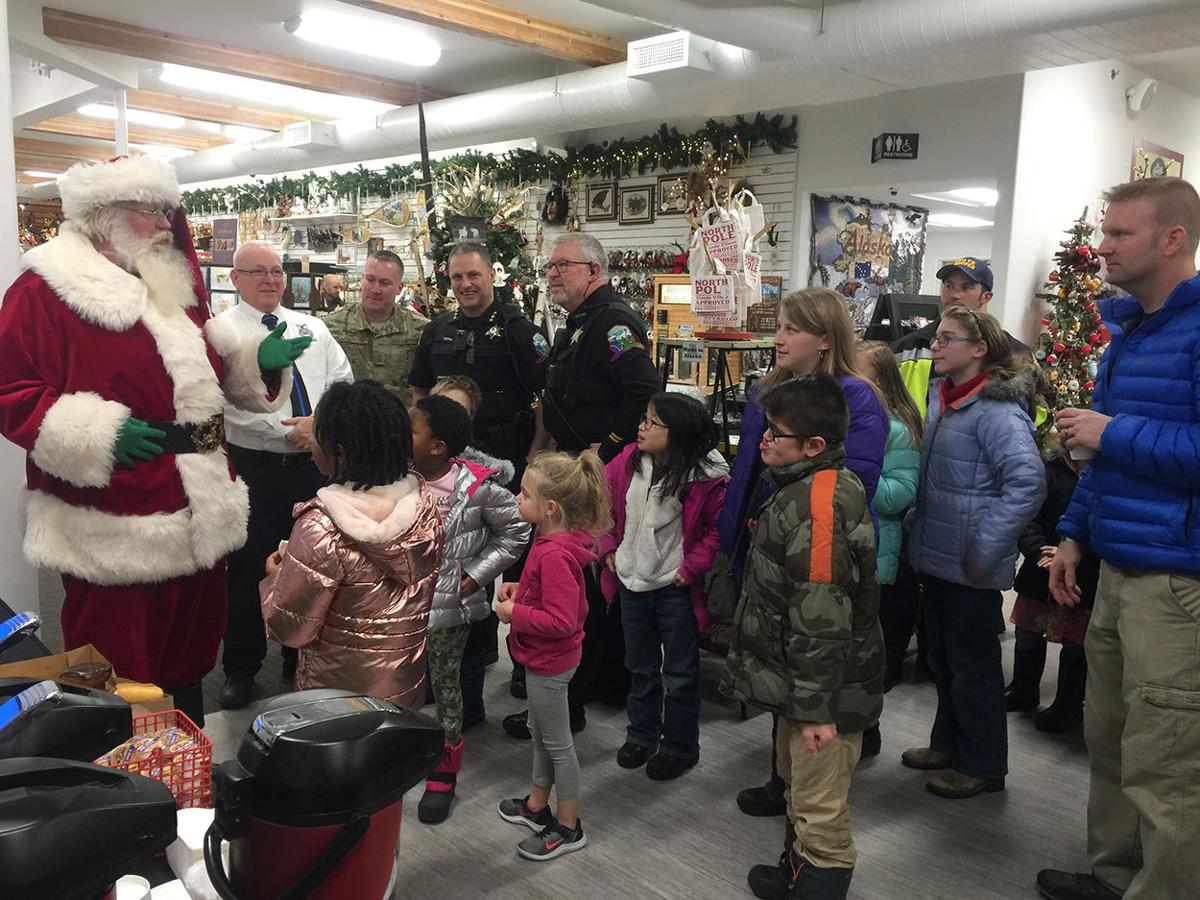 Santa Claus had special advice for kids at the "Coffee With A Cop" event. "Super heroes don't wear capes," Santa said. "They wear badges. And if they're in the military, they wear dog tags." Kris Capps/News-Miner 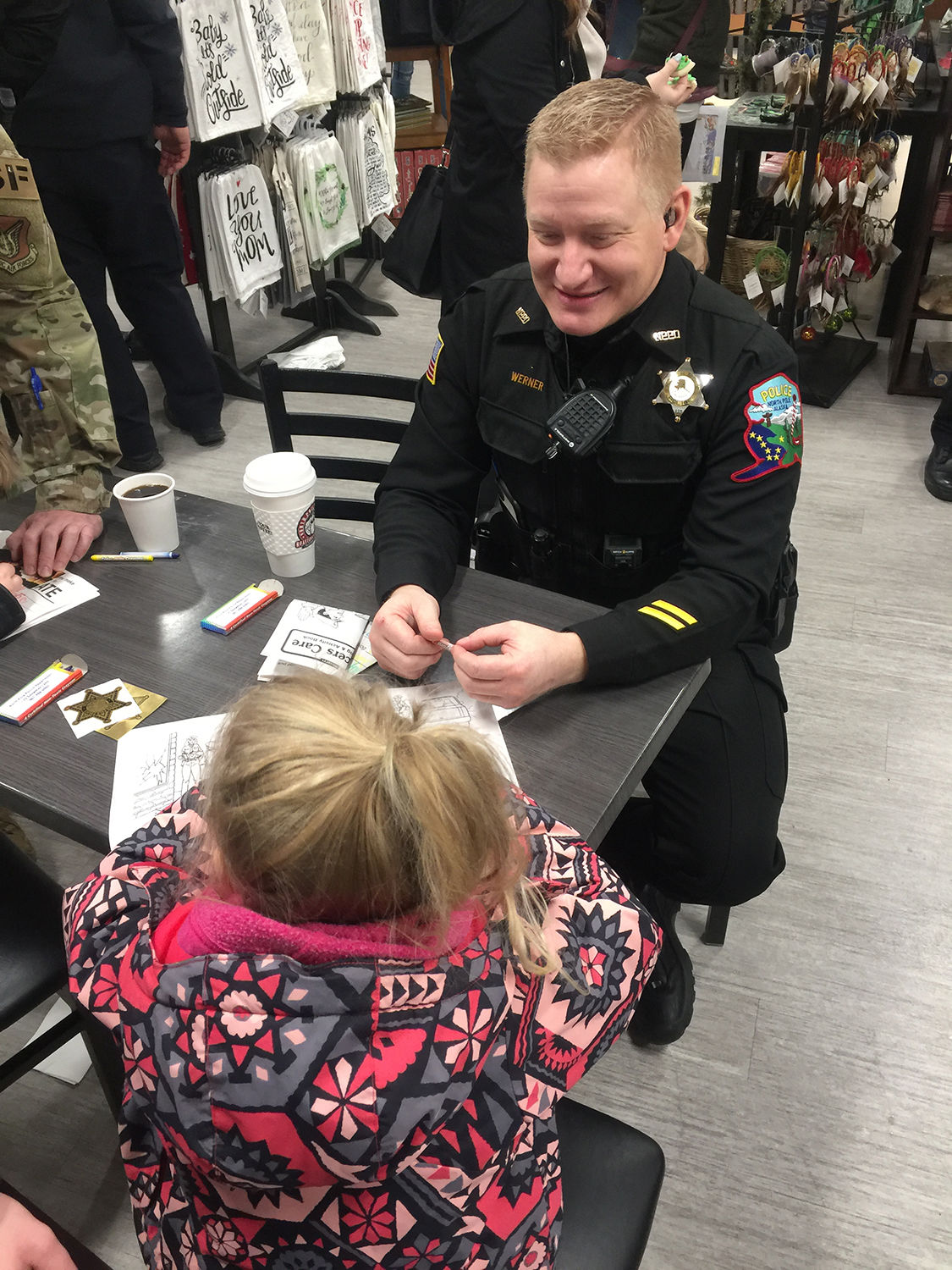 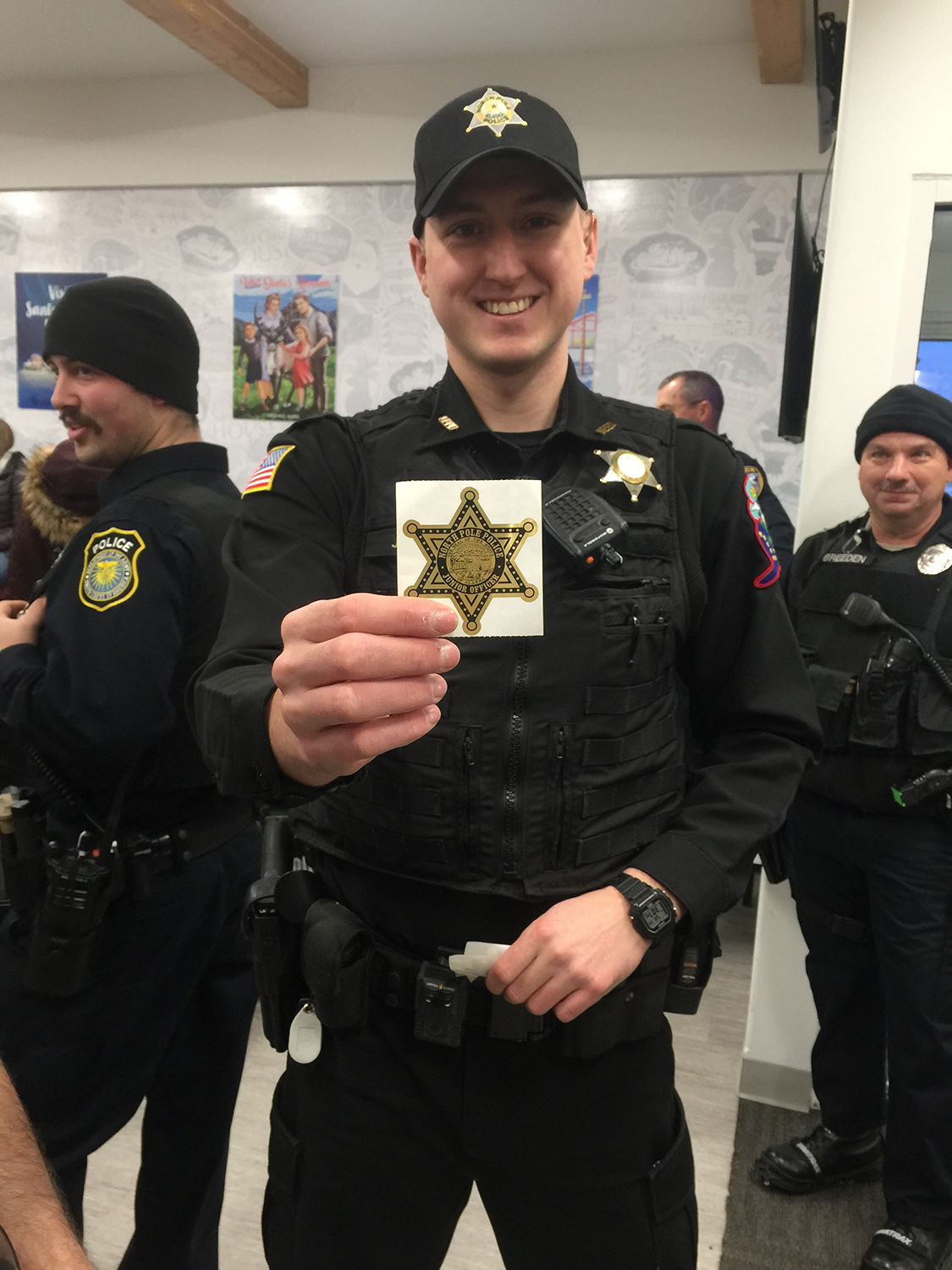 Santa Claus had special advice for kids at the "Coffee With A Cop" event. "Super heroes don't wear capes," Santa said. "They wear badges. And if they're in the military, they wear dog tags." Kris Capps/News-Miner

A long line of law enforcement cars parked side by side Saturday at the Santa Claus House in North Pole, but they weren’t there to talk to the jolly old elf.

They were there to meet regular folks for the holiday “Coffee With A Cop” event. There was also hot cocoa, coloring books for kids, fresh doughnuts and lots of casual conversation.

This is an ongoing program intended to get residents together with law enforcement officers from around the Fairbanks North Star Borough in a relaxed atmosphere. Seventeen officers showed up at Santa Claus House, from North Pole Police Department, Alaska State Troopers, Fairbanks International Airport Police Department, security forces from both Eielson Air Force Base and Fort Wainwright and the University of Alaska Fairbanks Police Department.

They all got a special message from Santa Claus in person. He took a break from his holiday throne to see how “Coffee With A Cop” was progressing. A crowd of young people swarmed around him and he offered this advice: “Super heroes don’t wear capes,” he said. “They wear badges.

“And if they are in the military, they wear dog tags.”

The two-hour session gave officers a chance to visit with one another, too.

“In my 23 years in the Air Force, I’ve never seen a community so connected,” said Jason Parrish, who works with security forces at Eielson Air Force Base.

A steady stream of people, including many holiday shoppers, visited with officers.

Some officers sat down with kids to help them with coloring pages.

This program grew out of a national movement intended to build trust between community members and police officers, one cup of coffee at a time. It happens in more than 80 cities in 24 states nationwide.