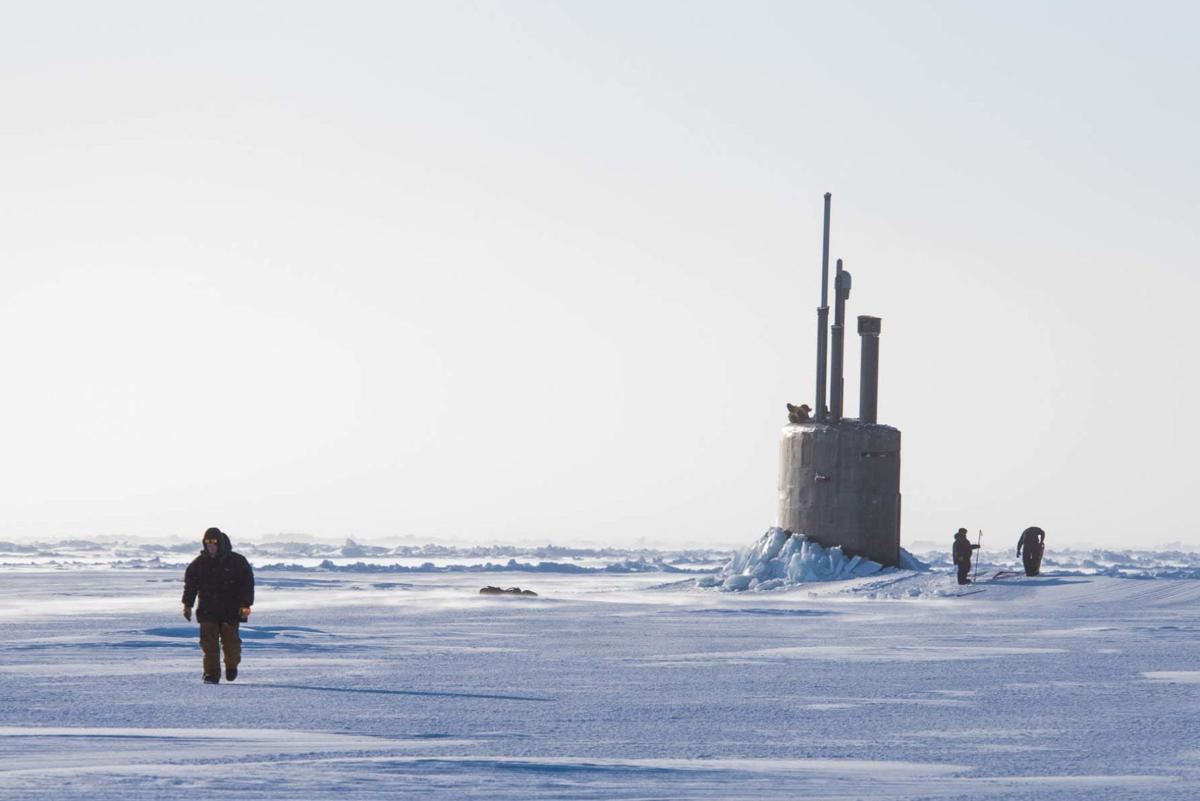 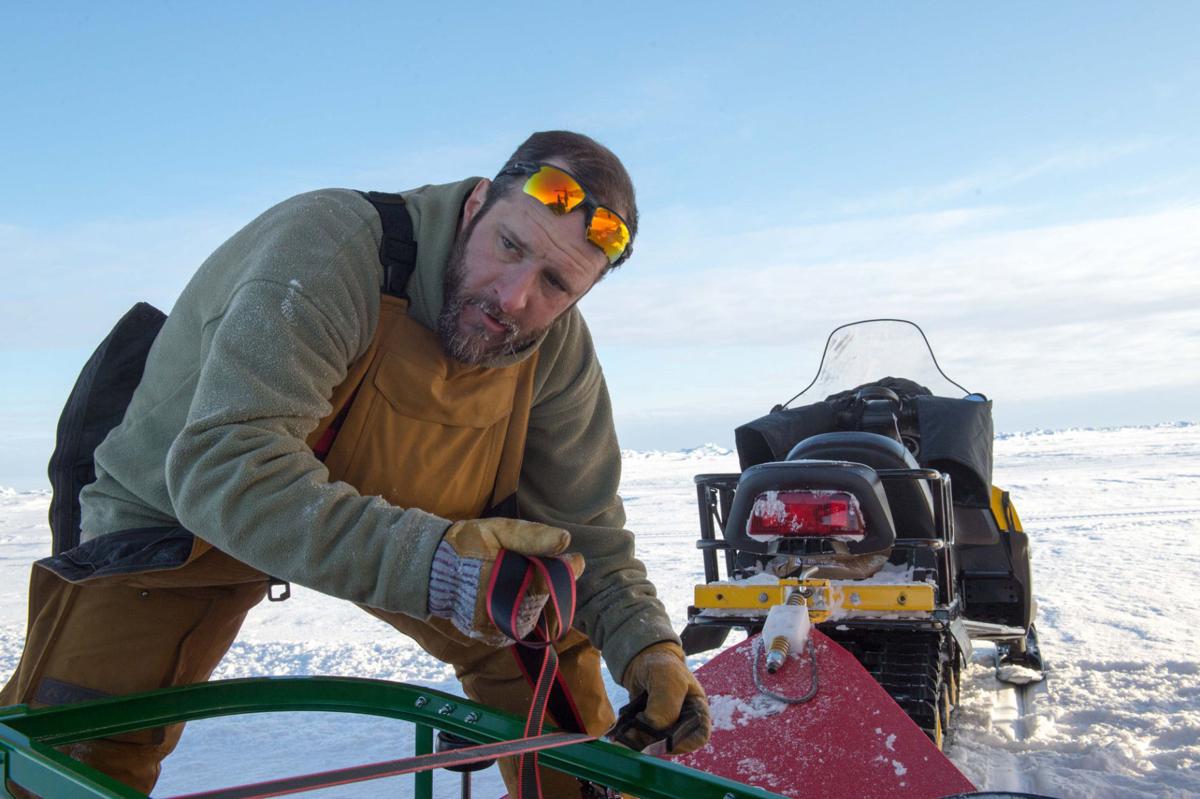 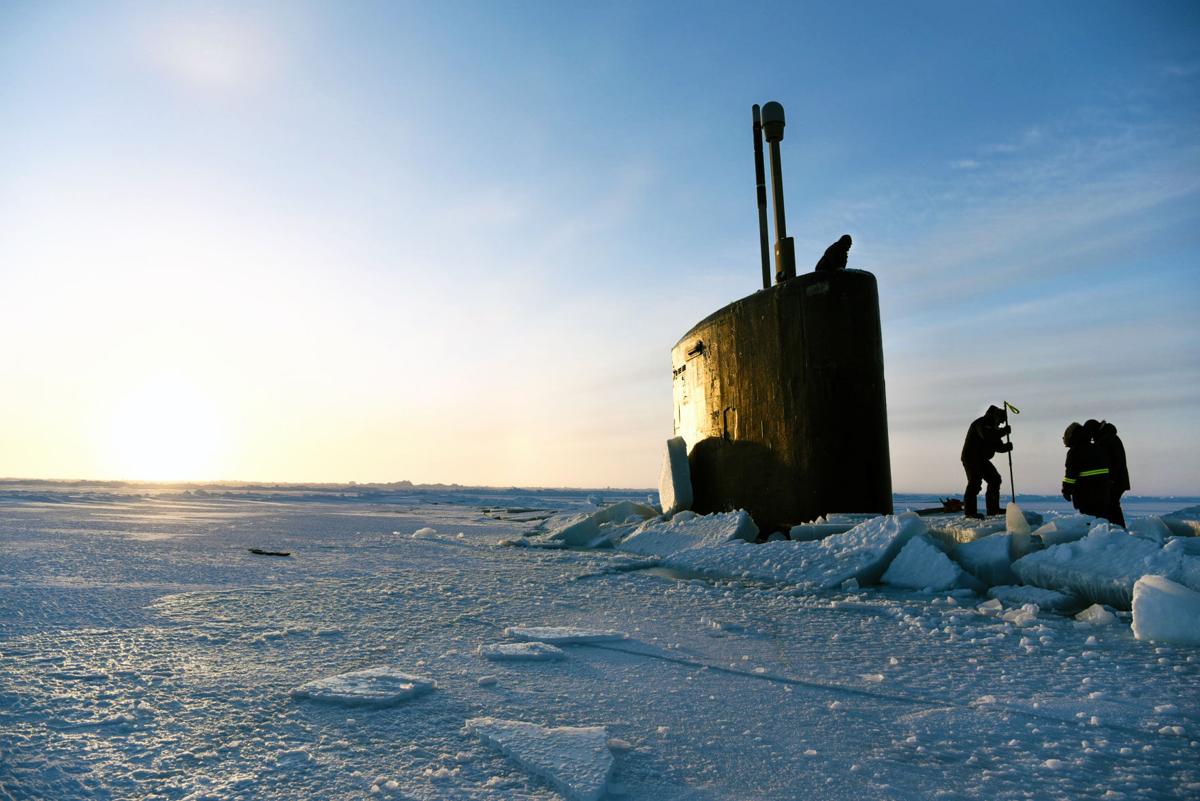 Ice can be unpredictable, even as far north as the Arctic, so the Navy has partnered with scientists at the University of Alaska Fairbanks to ensure the safety of Navy personnel and equipment during an exercise in the Arctic Ocean.

Ice Exercise, or ICEX, is a three-week exercise taking place every other year wherein the Navy trains in the Arctic. For over 70 years submarines have been conducting under-ice operations in the region. Two submarines came up this year to conduct multiple Arctic transits, a North Pole surfacing and other training evolutions during the Navy’s time in the region, according to a Navy news release.

The partnership between the university and the Navy developed in recent years after changes to the Arctic landscape resulted in camp evacuations, according to Hajo Eicken, director of the International Arctic Research Center at UAF.

With the partnership, scientists can gather data and assist the Navy at the same time, providing readings to indicate if areas of ice floe are unsafe.

“So this is an exercise they do every other year. They’ve got to put a bunch of stuff out on sea ice working out of Prudhoe Bay and in recent years starting in 2014, they had to evacuate the ice camp in 2014 because the piece of ice they were on broke up,” Eicken said.

The same thing happened in 2016, so there was concern over whether the Navy could continue, given changes of ice cover.

Ice in the area is much more dynamic, Eicken said.

The Navy began looking at partners to deal with more challenging conditions and, according to Eicken, both UAF and the Ukpeagvik Iñupiat Corp., based in Utqiagvik, were approached.

“We already had been working with UIC, so when the Navy requested proposals on how to continue this work, UIC and UAF teamed up together. We put in a joint proposal and we got the contract,” Eicken said.

Eicken traveled north in February to help select an ice floe on which to set up camp. On Feb. 25, equipment began being brought onto the ice.

UAF’s sea ice team at Ice Camp Seadragon is led by Andy Mahoney, a researcher with the Geophysical Institute. Mahoney is working with graduate student Emily Fedders and a team of researchers. They’ve deployed a ground-based radar system that can measure with great accuracy how the ice forms.

He cited as an example a storm that swept through the region recently, resulting in another camp evacuation.

“(I)f the wind starts pushing the ice around, how does the ice respond in terms of the mechanics of the ice, the way the floes move as part of a pack of ice, and that type of work is important from an applied perspective,” Eicken said, adding that if you’re moving things across the ice with the Navy, or with an oil and gas company, they can better predict when and how ice will break up.

“So now the personnel that used to stay for a couple of weeks at the camp — at peak times over 60 people — they’re all now in Prudhoe Bay and they’re just doing flights during the day to start demobilizing the camps,” Eicken said.

The scientific work they’ve been able to do in the region will help improve models of how ice cover is expected to change in coming years and what that means for the physical and biological environments as well, according to Eicken.

For example, scientists are measuring what goes on as ice melts and mixes with the ocean water.

“The ocean waters there have been getting warmer over the years, and so they help keep the ice thinner than it used to be because the ocean stores more heat,” Eicken said.

That heat moves up to the bottom of the ice in the wintertime, so the ice doesn’t get as thick.

There’s also a team at the university, seperate from the one that went to the ice camp, using experimental forecasting approaches to improve the ability to predict ice and weather in that area over a longer time period, according to Eicken.

Usually the weather forecast can’t be used further than three days out in the Arctic. Eicken said errors and uncertainty increase in this situation. Work the university is doing has a component actually taking ice measurements, as well as a component on the ice using ice behavior, to predict shifts 10 days out or potentially even longer.

“So while the ice team is starting to bring back their equipment, they’ve gotten over three weeks of data,” Eicken said, adding that the group is quite happy.

The scientists working at the International Arctic Research Center are still monitoring and meeting daily with Navy staff to provide longer-range forecasts for the group back on the ice from a safety perspective and also to collect data as to how well their models perform.