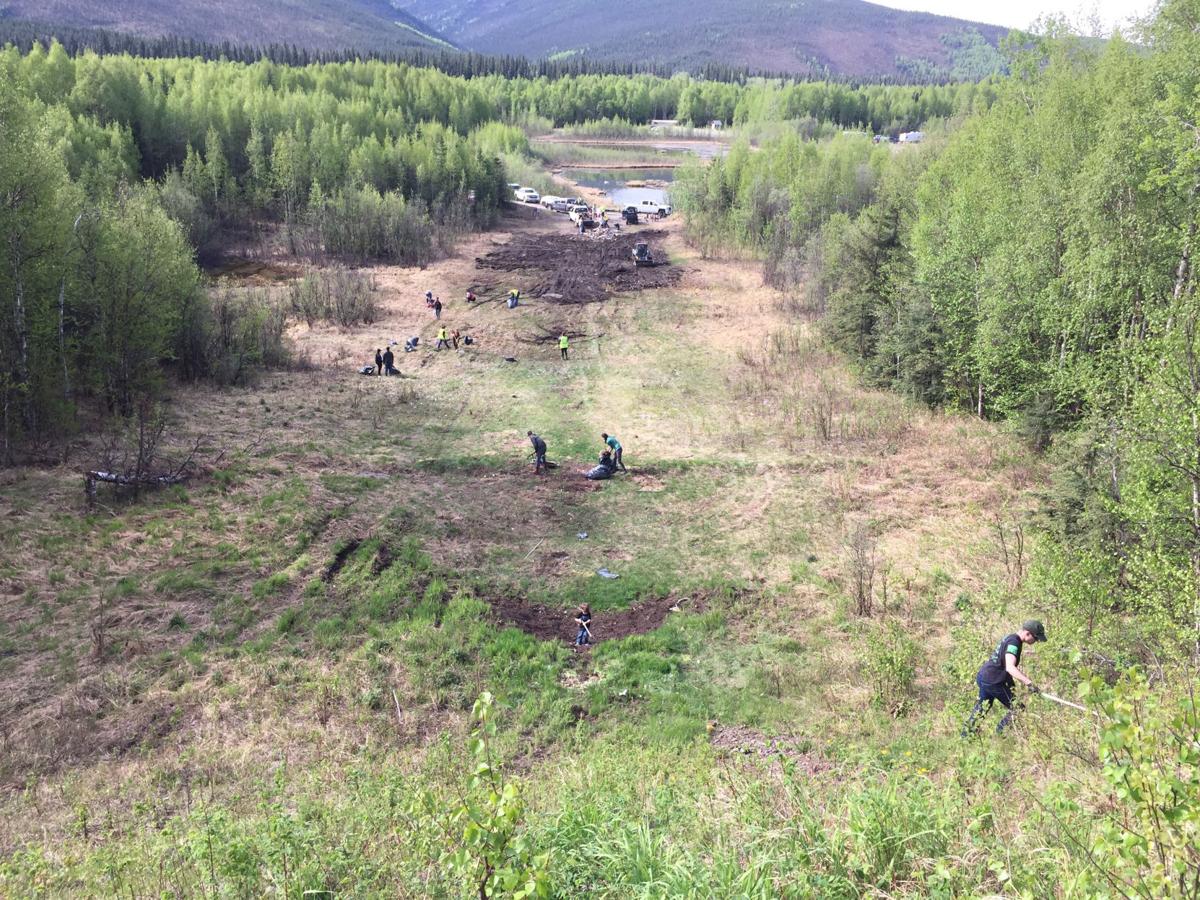 A group of volunteers from Corvias spent a day clearing the shooting range at the Chena River State Recreation Area last spring. The group has agreed to help maintain the range again this year. Courtesy Alaska State Parks 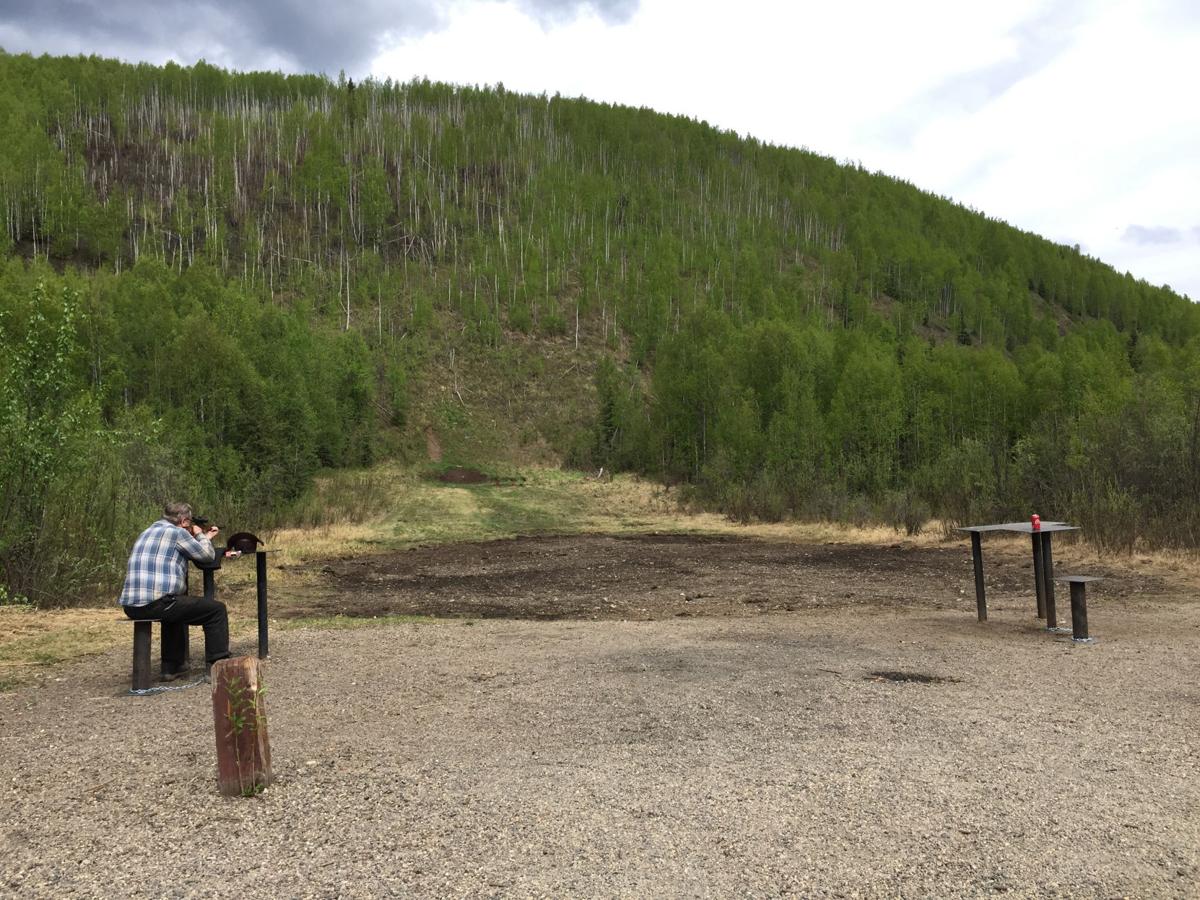 A group of volunteers from Corvias spent a day clearing the shooting range at the Chena River State Recreation Area last spring. The group has agreed to help maintain the range again this year. Courtesy Alaska State Parks

After several years of budget cuts, the Alaska Division of Parks and Outdoor Recreation no longer has enough staff at its Northern Region office to maintain the Chena River State Recreation Area shooting range.

However, following a series of public meetings, the Northern Region office has found a solution: working with the public.

According to Brooks Ludwig, park superintendent for the northern region, the office has confirmation from three groups that have agreed to help maintain the rifle range located at mile 36.4 Chena Hot Springs Road. Corvias Military Living, Team Red White & Blue, and the Alaska Trappers Association have all committed to spend time ensuring the range is clear and ready for use.

While Ludwig said that the Northern Region office is still waiting to hear back from several other groups, he’s confident that there is enough interest to keep the range maintained from May through October.

“We’ve got some good energy moving forward,” he said.

These arrangements came about following public complaints after the state in June erected a gate blocking vehicle access to the range. Ludwig said the installation of the gate was prompted by the recurrence of vast amounts of trash at the range. The issue was that the Northern Region didn’t have funds for maintenance staff.

When users of the range complained, Ludwig and his staff decided to hold a couple of public meetings and to put out a survey in order to figure out a solution that would work for everyone. The survey garnered over 250 responses.

“It showed that people are willing to pay a fee for the use of the range, they think that a reservation system is a pretty good idea, and they don’t like the gate,” Ludwig said.

The survey also indicated that user groups were willing to do the maintenance themselves. Ultimately, it was decided that all the range requires is for six groups to do one day of cleaning and maintenance per month.

“That’s a vast improvement on what we had. We might have done it once a summer, maybe twice a year,” Ludwig said.

Corvias Military Living, Team Red White & Blue, and the Alaska Trappers Association have already agreed to conduct maintenance in May, June and July. According to Ludwig, Corvias — a company that manages housing on Eielson Air Force Base — has voluntarily cleared up the range in the past.

“They did it last spring and did a great job,” he said.

Ludwig added that there is now an online reservation system, which allows users to book the entire range for a two-hour block for $10. He noted that users will still be able to just show up and pay the $5 parks fee using the “iron ranger” onsite, if they prefer. Reservations can be made online at bit.ly/37v2oFC.

“The shooting range is an example of how much our staff is over-taxed,” Ludwig said, referring to the insufficient number of parks staff due to an ever-shrinking state budget.

Last week, the Division of Parks and Outdoor Recreation announced that reductions in park resources and staff mean that the buildings at the Independence Mine State Historical Park in Hatcher Pass will remain closed this summer.

“The Division of Parks and Outdoor Recreation has traditionally relied on seasonal employees to staff the park soon after the winter snow melts, to maintain the historical mine buildings, ensure the safety of visitors touring the insides, and protect the integrity of the aging buildings and the sensitive artifacts within,” a news release from the division reads. “Reallocation of scarce state resources, however, means the division will be unable to provide for such staffing, leading park managers to decide to keep the buildings closed during the summer months that attract most visitors.”

While the budget for the Northern Region office has remained flat this year, it recently experienced several years of cuts in a row. After budget cuts in 2016, Ludwig said that all the parks in the Delta Junction area have been operated by private contractors under a commercial use permit.

“They go out and maintain all the campgrounds and in return they give us permit fees,” Ludwig said.

The Division of Parks and Outdoor Recreation also receives 3% of the revenue from camping user fees, which tend to generate a total of $50,000 to $60,000 per year for the private contractors.

While the state parks in the Fairbanks area remain run by the state, the limited number of staff hampers the amount of work they can do.

“We’re down to one maintenance guy up here. It’s kind of handicapped us. We’re not doing as much in the parks. We’re trying to keep the toilets clean and litter picked up, but that’s about all we’re doing,” he said. “We are keeping them (the state parks) open and we’re trying to get volunteers to help carry the load. I’ll go out and work with him once in a while to lend a hand — but he’s scrambling, the poor guy.”