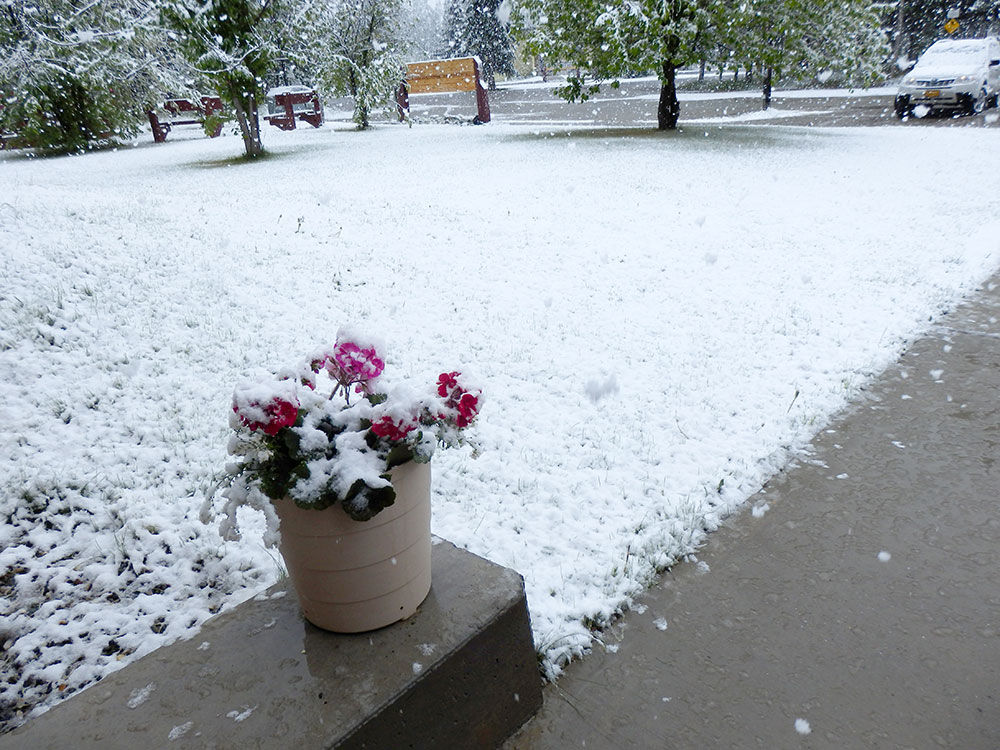 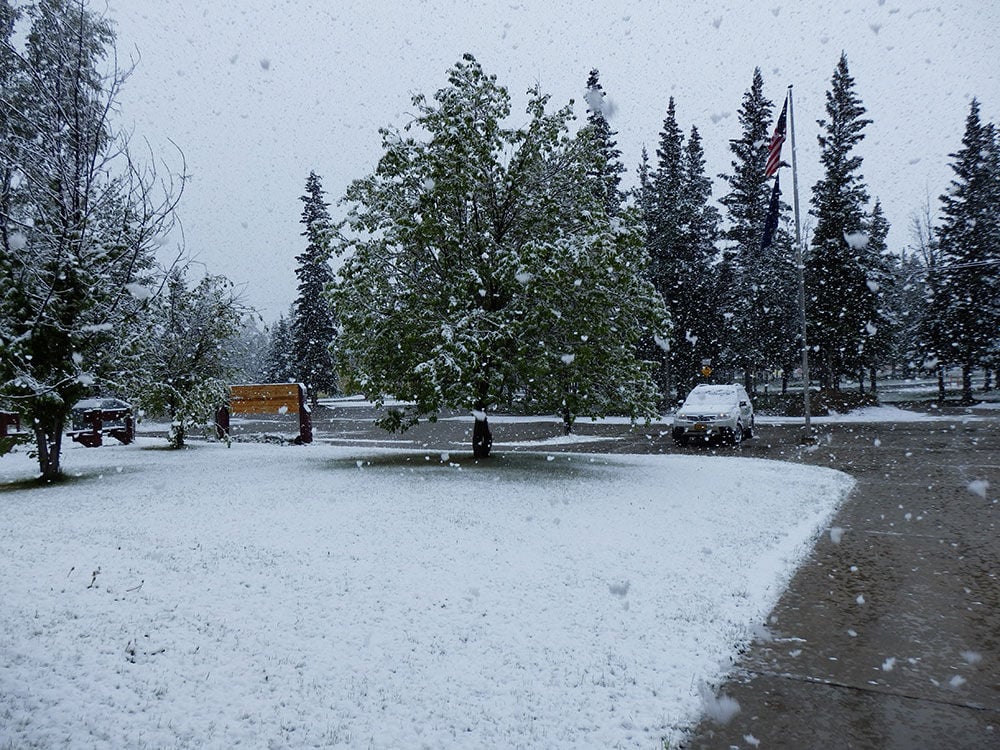 More than an inch of snow fell on Delta Junction the morning of June 1, 2015. Frost is possible in low-lying areas of Interior Alaska tonight. Photos courtesy of Letha Burcham

More than an inch of snow fell on Delta Junction the morning of June 1, 2015. Frost is possible in low-lying areas of Interior Alaska tonight. Photos courtesy of Letha Burcham

FAIRBANKS - Snow, strong winds and rain kicked off June in Interior Alaska, after an unseasonally hot and dry May.

Approximately one inch of snow blanketed the ground in Salcha and Delta Junction after Monday morning flurries. Rain and hail were reported in other locations.

The change from sun to snow was sudden. May 2015 had the second warmest average temperature in 109 years of record keeping, and was 28th driest out of 102 years of records, according to National Weather Service lead forecaster Chris Cox.

A cold air mass that traveled from the North Pole and over the Brooks Range delivered the snow and strong winds. Cox said the coldest temperatures, around 30 degrees, will be Tuesday morning.

Red flag warnings were issued around Interior, Western and Northern Alaska because of the high winds.

Gusts in excess of 50 mph also resulted in a travel advisory on the Dalton Highway.

The 12-hour advisory was issued for Milepost 28 through Milepost 90 of the highway because of wind gusts and downed trees on the road. The Alaska Department of Transportation and Public Facilities issued the advisory around 8 a.m. Monday.

Winds will subside and are "already on their way down," Cox said.

The department is asking motorists to watch out for crews clearing the trees.

Trees loaded with snow fell on power lines, resulting in 360 people losing electricity Monday in the Harding Lake and Birch Lake areas, according to Golden Valley Electric Association spokeswoman Corinne Bradish. Outages were reported around 12:39 p.m. on Monday. Two crews are on the scene, with more on the way.

Delta Junction resident Letha Burcham said "The (snow) flakes were bigger than I've ever seen in my entire life." She said snowfall occurred between 9 a.m. and noon, "I know everybody here that had plants ran to take them in or cover them."

Weather is expected to normalize throughout the week, and lows should remain in the mid 40s Tuesday and Wednesday night. Cox said a high in the 50s is predicted for Wednesday, and temperatures could rise into the 70s by Thursday.