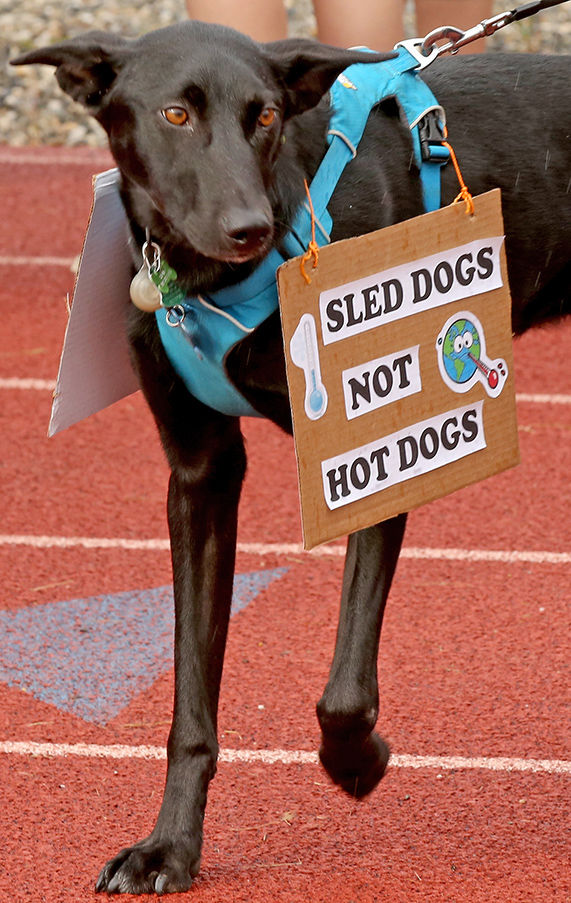 More than 300 students and Fairbanks community members joined millions of others on strike around the world Friday to bring awareness to climate change.

The event organized in part by local high school students who say they are worried about their future.

“This is my only way of protesting against what’s going on with our government right now. Since I’m not able to vote yet, this is all I can do, and I think it’s really important that we let everyone’s voice, especially the youth, be heard in this because we are the ones who will be affected the most,” said Sophia Benson, a senior at West Valley High School. “My main concern is the statistic I heard a couple weeks ago which is that, if we keep going at the rate we are, there will be no trees in this area. Also, there’s a lot of world hunger and chain reactions that will take effect if we don’t start taking action.”

Another student from West Valley High School who helped organize the event in partnership with Native Movement and Fairbanks Climate Action Coalition was Nanieezh Peter, a sophomore.

“I am striking today to protect not only my future but also my sister’s future, and the future of generations to come,” Peter said. “I am concerned and heartbroken for the people who are losing their homes or their way of life because of climate change.”

For Katy Masterman, another senior at West Valley High School, the importance of the cause couldn’t be overstated.

“This is it. This is the only planet we’re ever going to have,” she said. “It’s not just about the environment, it’s about us, too. I don’t want to see my great-grandchildren die of cancer because of poor air quality or continue to see houses burned by increased forest fires and keep seeing people lose everything because of increasing hurricanes. Something has to be done.”

Gwen Macander, a senior at West Valley High School, said she was blown away by the turnout.

“This was way bigger than we imagined it would be,” she said. “But that’s how important this is. I’m here because I think something needs to be done. We are going to spend the rest of our lives on this planet, and it can’t keep getting warmer and we can’t keep killing animals and plants with carbon emissions.”

Fairbanks was not the only Alaska community to join the global call to action. A reported more than 300 people gathered Friday afternoon in mid-town Anchorage. The Anchorage effort was also youth-led.

The climate strike movement this year followed a one-woman strike that gained global attention last year as 16-year-old Swedish climate activist Greta Thunberg left her school in August 2018 to protest governmental inaction on what she has referred to as a global crisis.

Thunberg was present in New York City on Friday and addressed thousands who participated in the local strike.