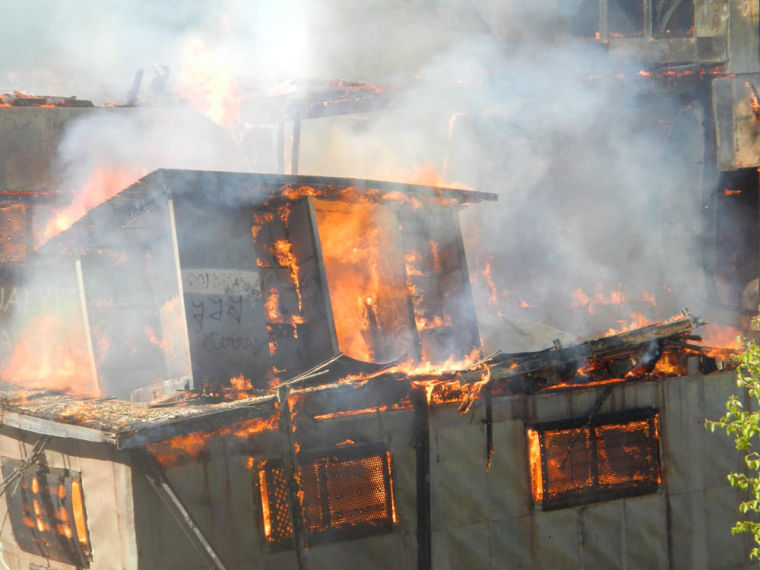 Heather Moritz was on scene as the Chatanika Dredge burned Saturday at 27 Mile Steese Highway. Photo by Heather Moritz 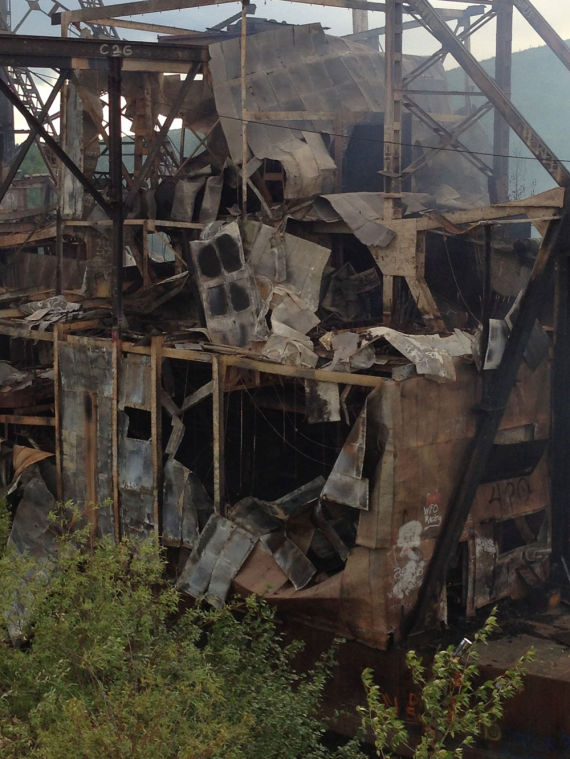 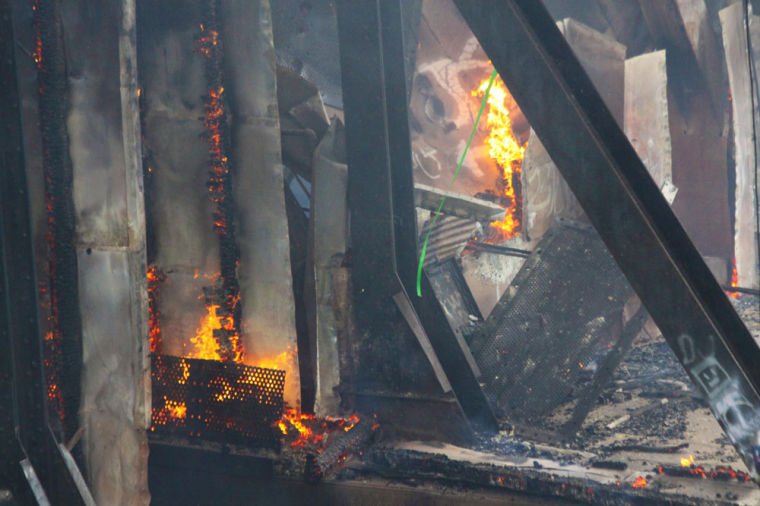 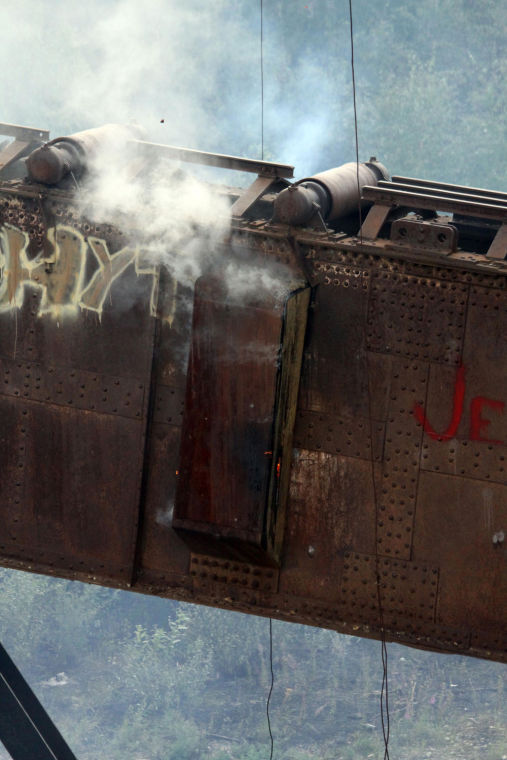 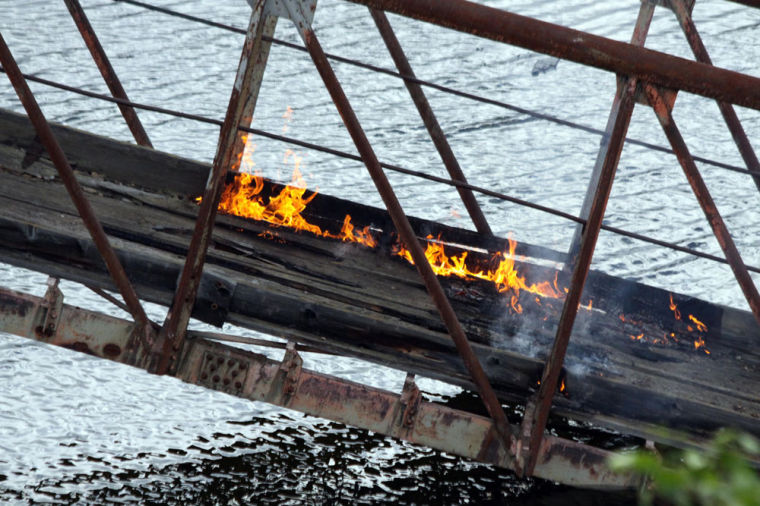 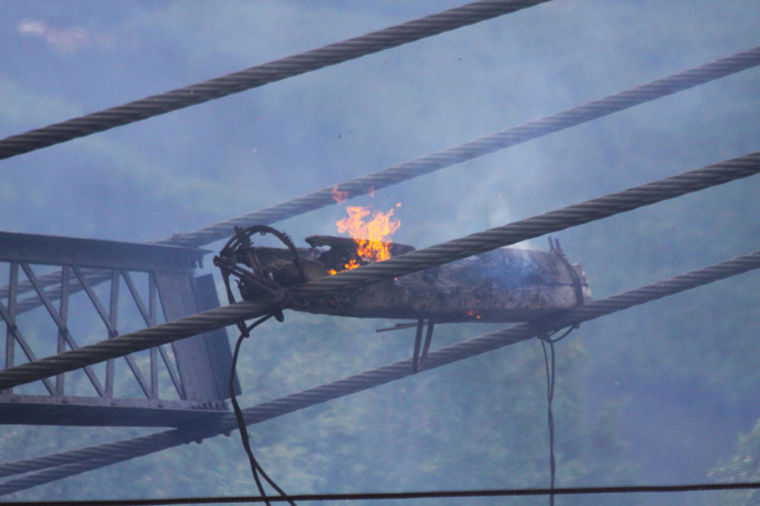 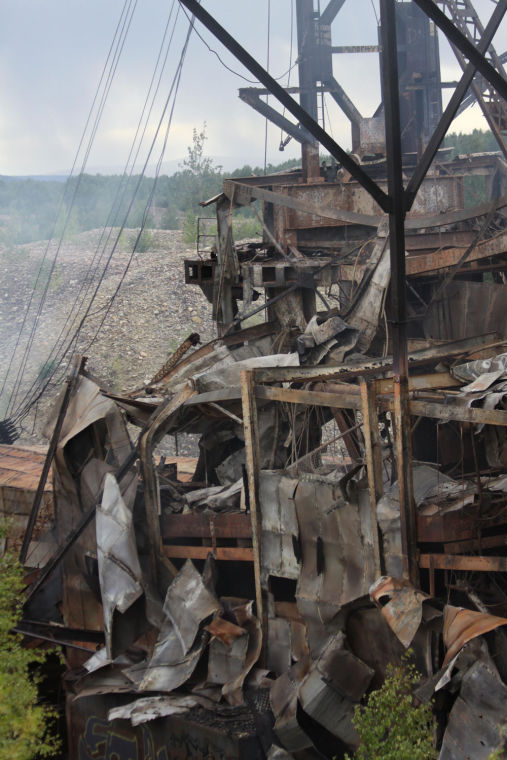 The shell of the Chatanika Dredge on Saturday. Karl Kowalski photo 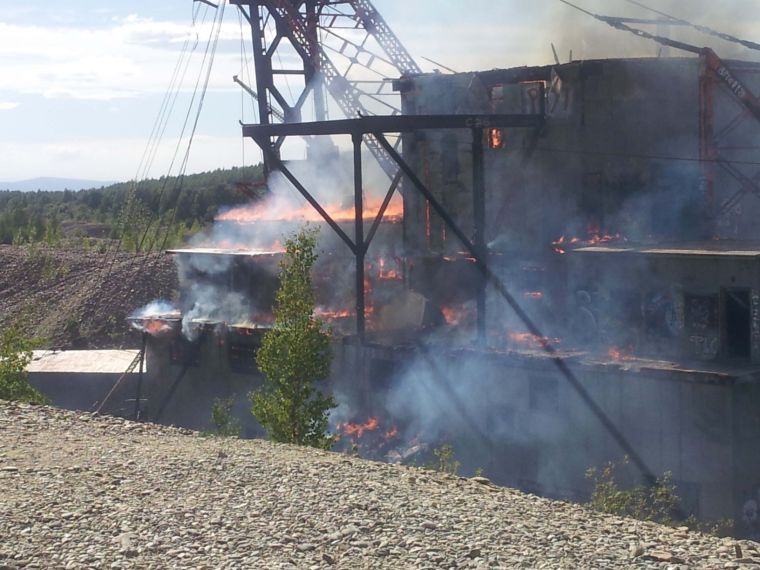 Heather Moritz was on scene as the Chatanika Dredge burned Saturday at 27 Mile Steese Highway. Photo by Heather Moritz

The shell of the Chatanika Dredge on Saturday. Karl Kowalski photo

FAIRBANKS — Two fires broke out within the space of about 30 minutes Saturday afternoon along the Steese Highway. One torched the landmark Gold Dredge No. 3, across the highway from the Chatanika Lodge, but was contained to the dredge.

Another, at about 47 Mile, spread to about 30 acres and led to traffic restrictions on the Steese Highway. As of press time, firefighters were increasingly confident this fire also would be contained.

The Alaska Fire Service first mobilized on the Steese Highway about 3:30 p.m. for a report of a fire at Gold Dredge No. 3 at 29 Mile, said Jim Schwarber at the Alaska Division of Forestry.

The fire, named the Ruby Fire, did not develop into a wildfire, though because of high winds, Chatanika Lodge owner Shirley Franklin said she worried it would spread across the highway and threaten the lodge.

They found out about the fire when two men came into the lodge to say they accidentally started a fire by pulling on a pulley that apparently caused a spark, Franklin said.

Charles Russell, a cook and maintenance worker at the lodge, grabbed a 5-gallon bucket of water when the men came into the lodge to raise the alarm about the fire.

“They (said they) grabbed the pulley system and spinned it once, and it just kept spinning on its own,” Russell said.

“They grabbed their water bottles that they had on them and tried to put it out and then they ran over to us, but by the time we went over there, it was (too far) gone.”

The Alaska Fire Service has not confirmed the cause of the fire, except that it was not lightning started.

Gold Dredge No. 3 is one of about 10 remaining mammoth placer mining machines in Interior Alaska. It was owned by the Fairbanks Exploration Company and began operating in 1935. It is privately owned.

The wooden parts of the dredge smoldered into the evening.

About 4 p.m., a second Steese Highway fire was reported about 20 miles east of the gold dredge. The fire quickly spread to about 30 acres on the north side of the highway, near 47 Mile and threatened homes in the Riverview Subdivision, a community of about a dozen people between 46.5 and 48 Mile.

As of about 8:30 p.m. Saturday, Schwarber with the fire service said the acreage still was about 30 acres and firefighters could say “with a high degree of confidence” that they would be able to contain the fire by this morning. He said he had not heard any reports of any structures lost to the fire. This fire was named the Long Creek Fire, and a fire command post was set up at the Long Creek Trading Post at 45 Mile.

When the fire approached, area resident Andrea Wickline left her home to take dogs to a friend around 30 Mile before continuing on to the Chatanika Lodge to use the Internet. She said she hadn’t heard of any structures lost and said as far as she knew everyone is safe.

When she left, it wasn't easy to tell which way the fire was moving.

“The wind is just going in circles up there,” she said.

Area residents are well aware of the destructive power of wildfires, she said. The Boundary Fire, a major blaze in 2004, came through the area.