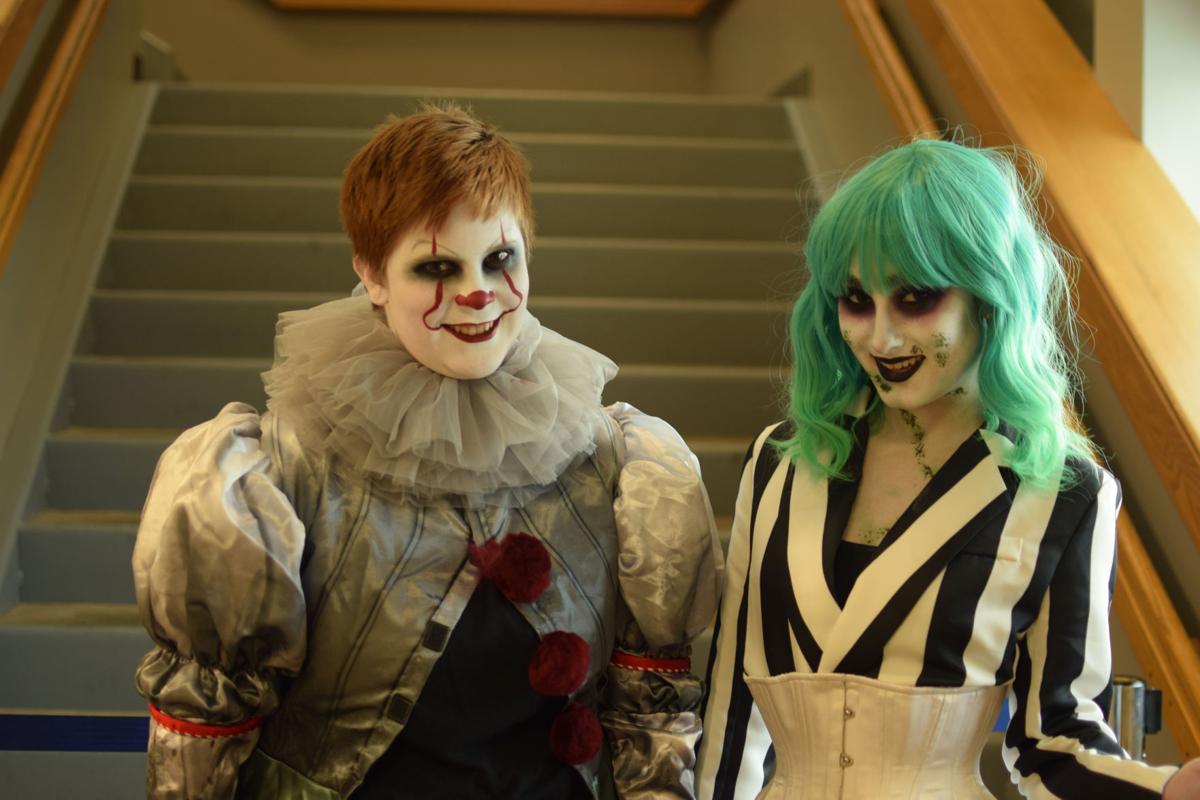 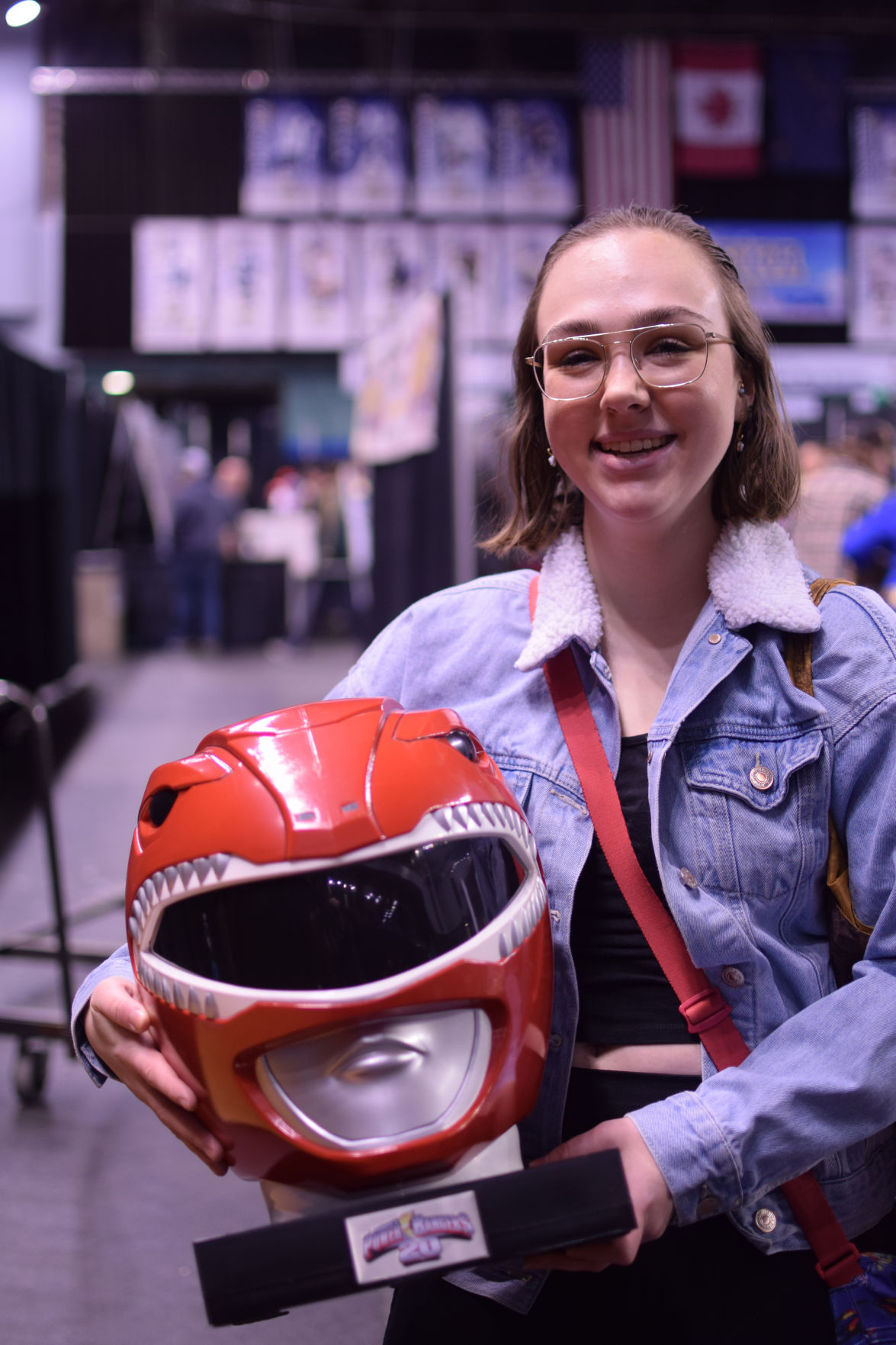 Casey McMillan brought a life-sized replica of the Red Power Ranger's helmet with her to meet the Austin St. James, who played the character on TV. Cheryl Upshaw/News-Miner 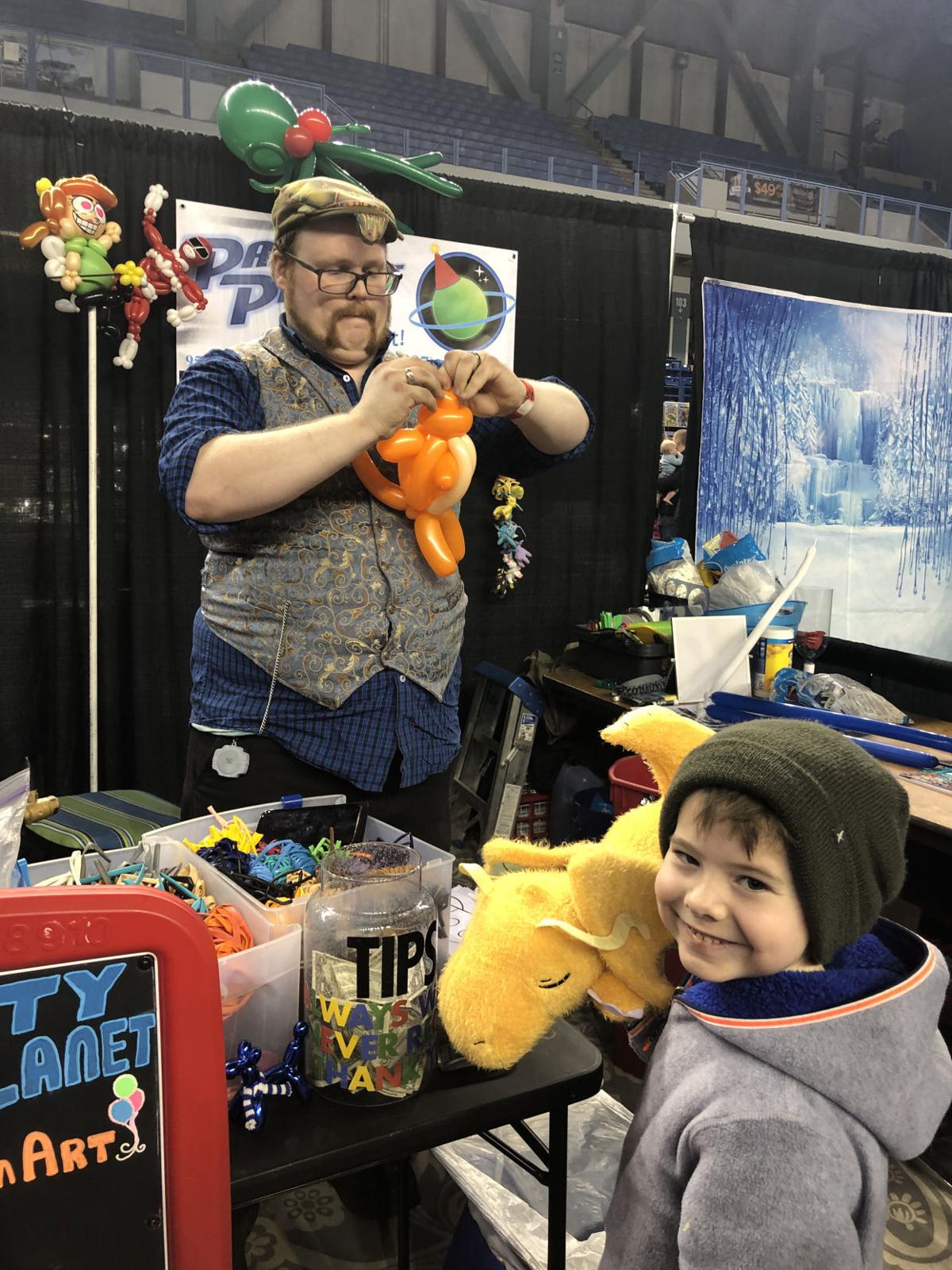 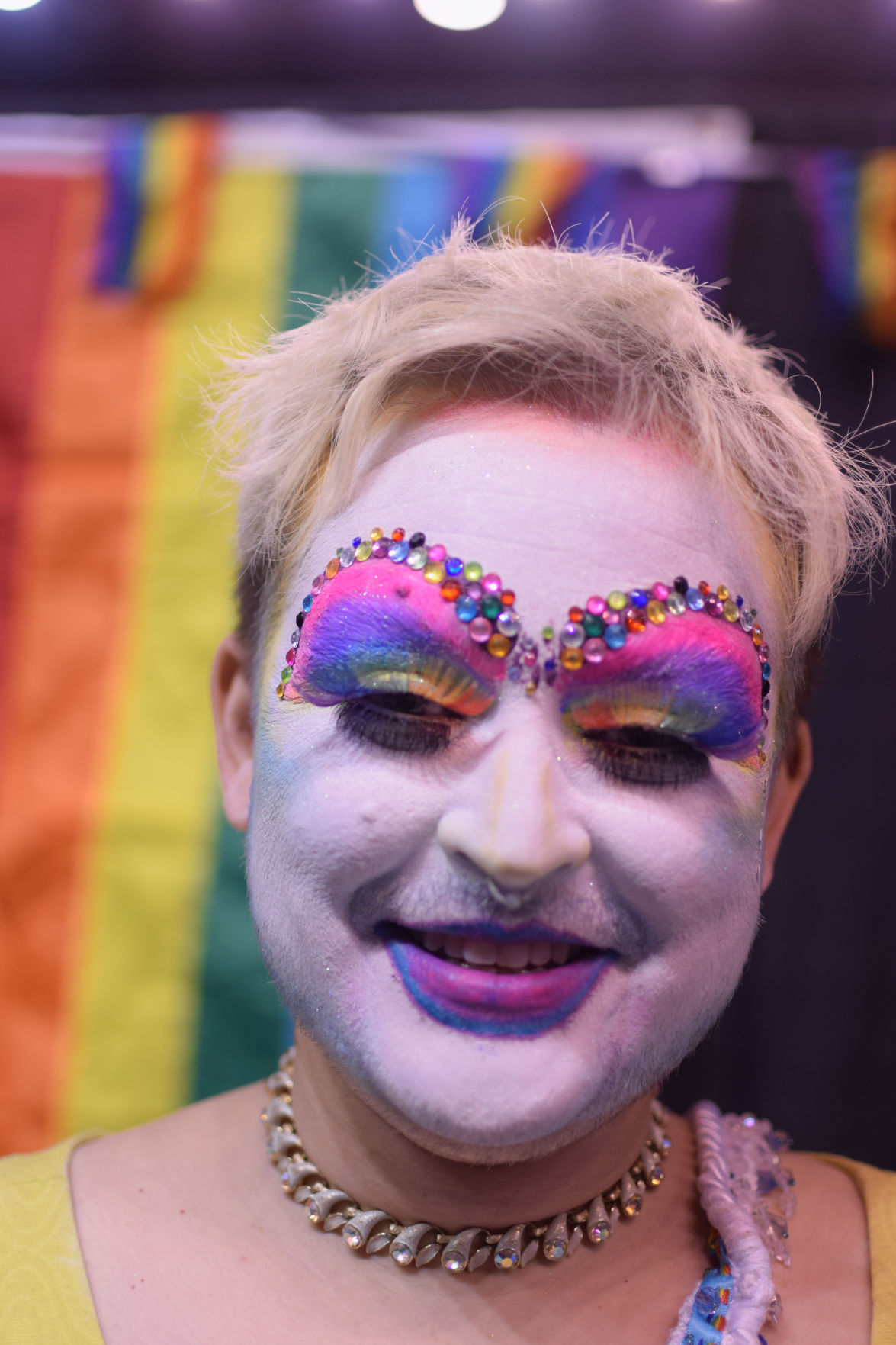 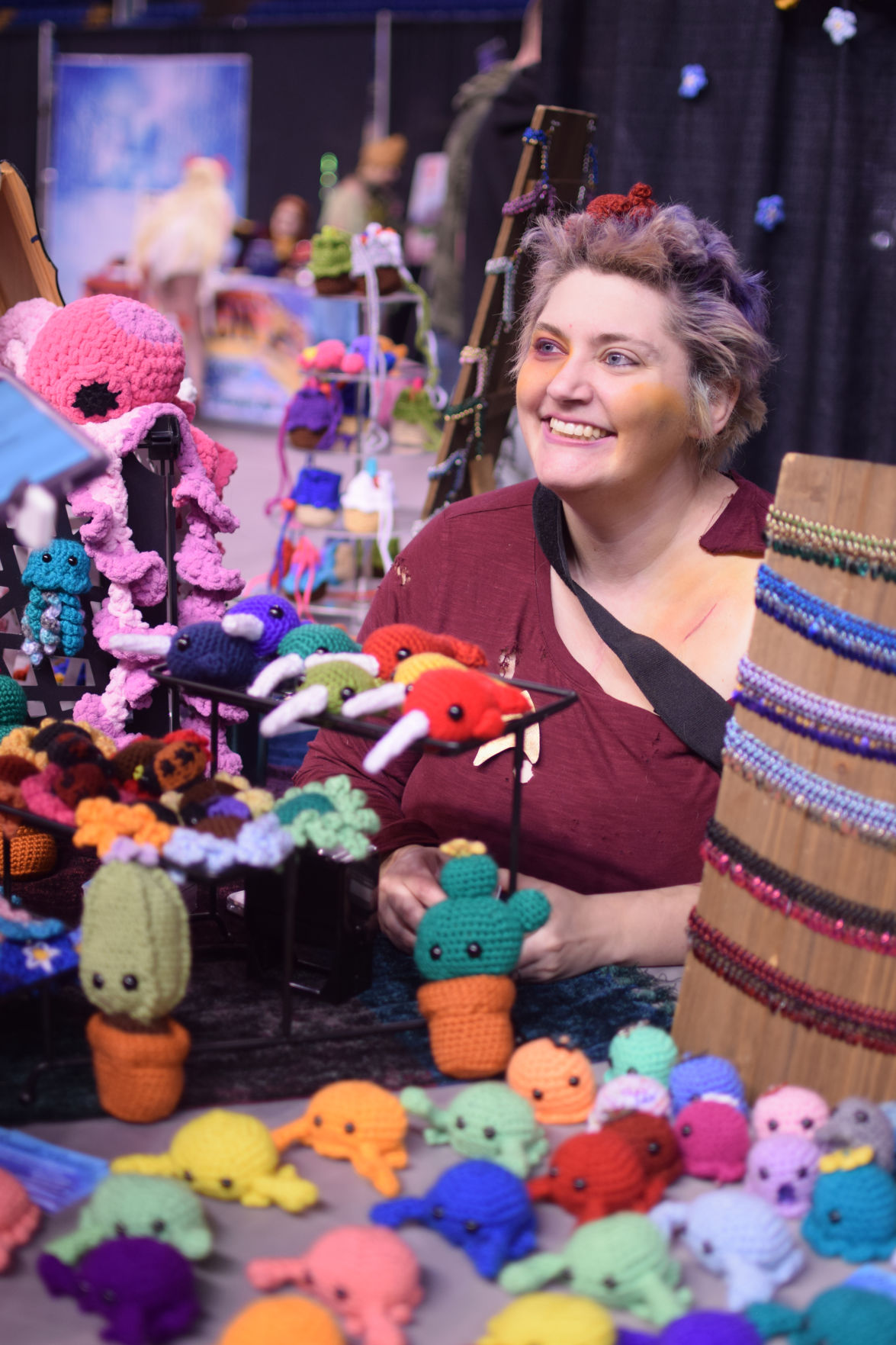 Jessa Joehnk, of Anchorage, wore a Star Trek costume to work her booth at Alaska Comicon, where she sold crocheted toys. Cheryl Upshaw/News-Miner 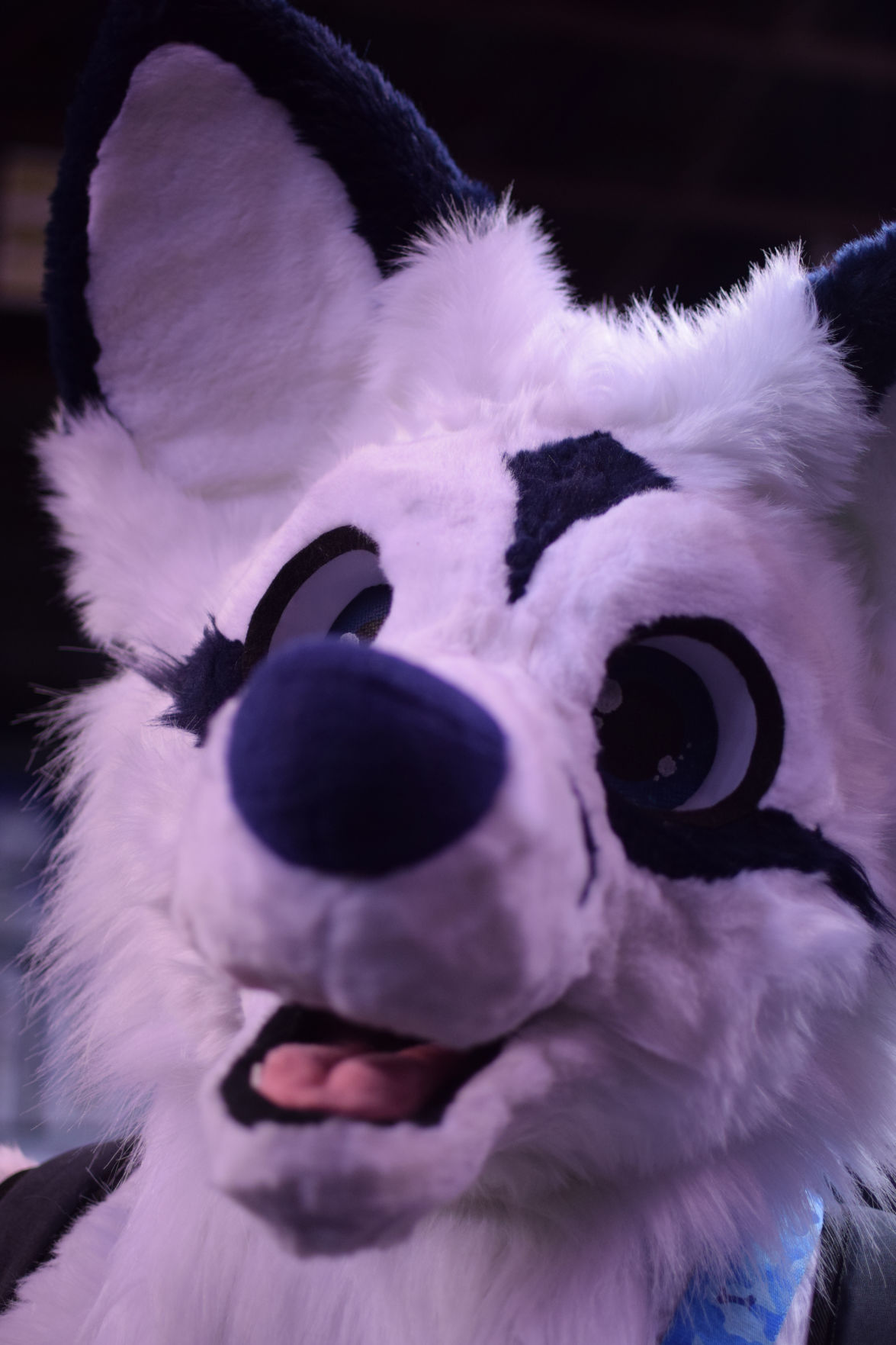 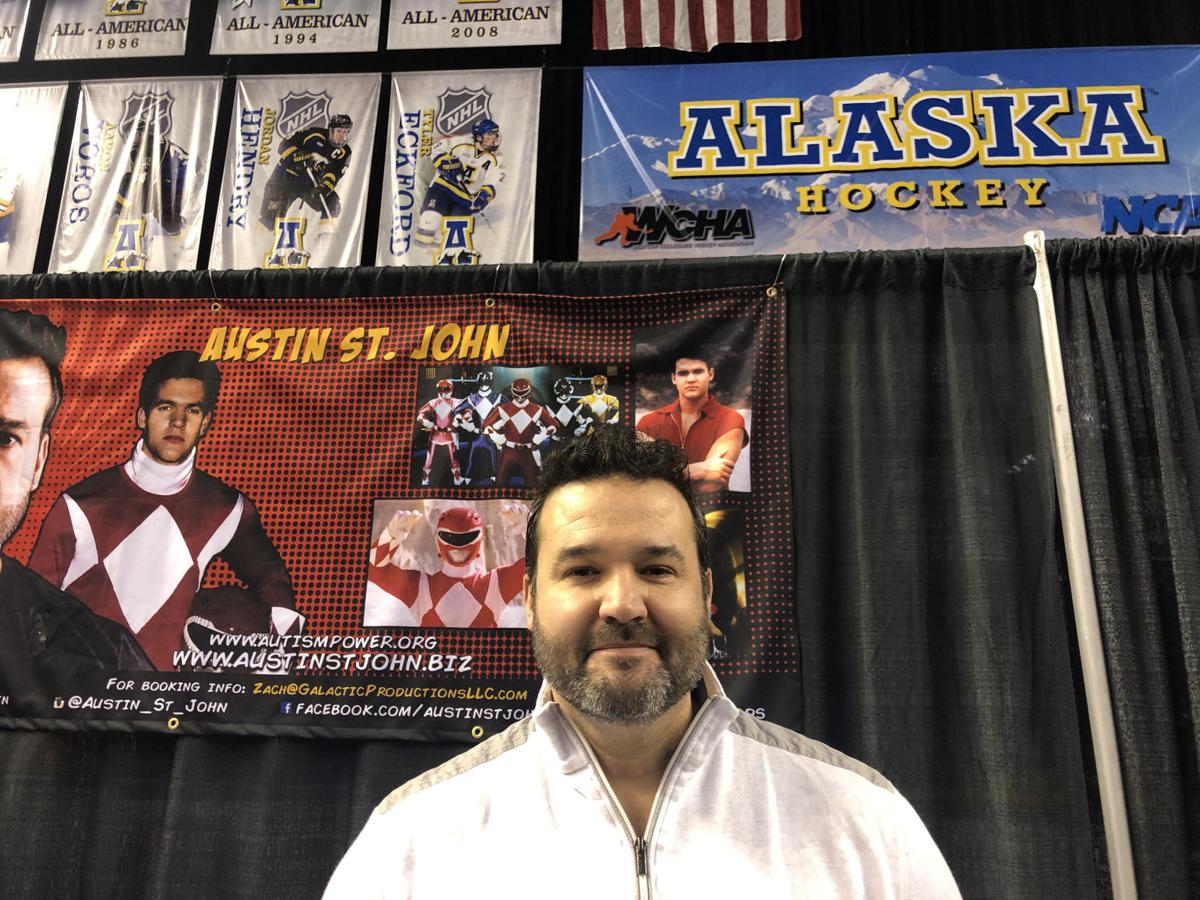 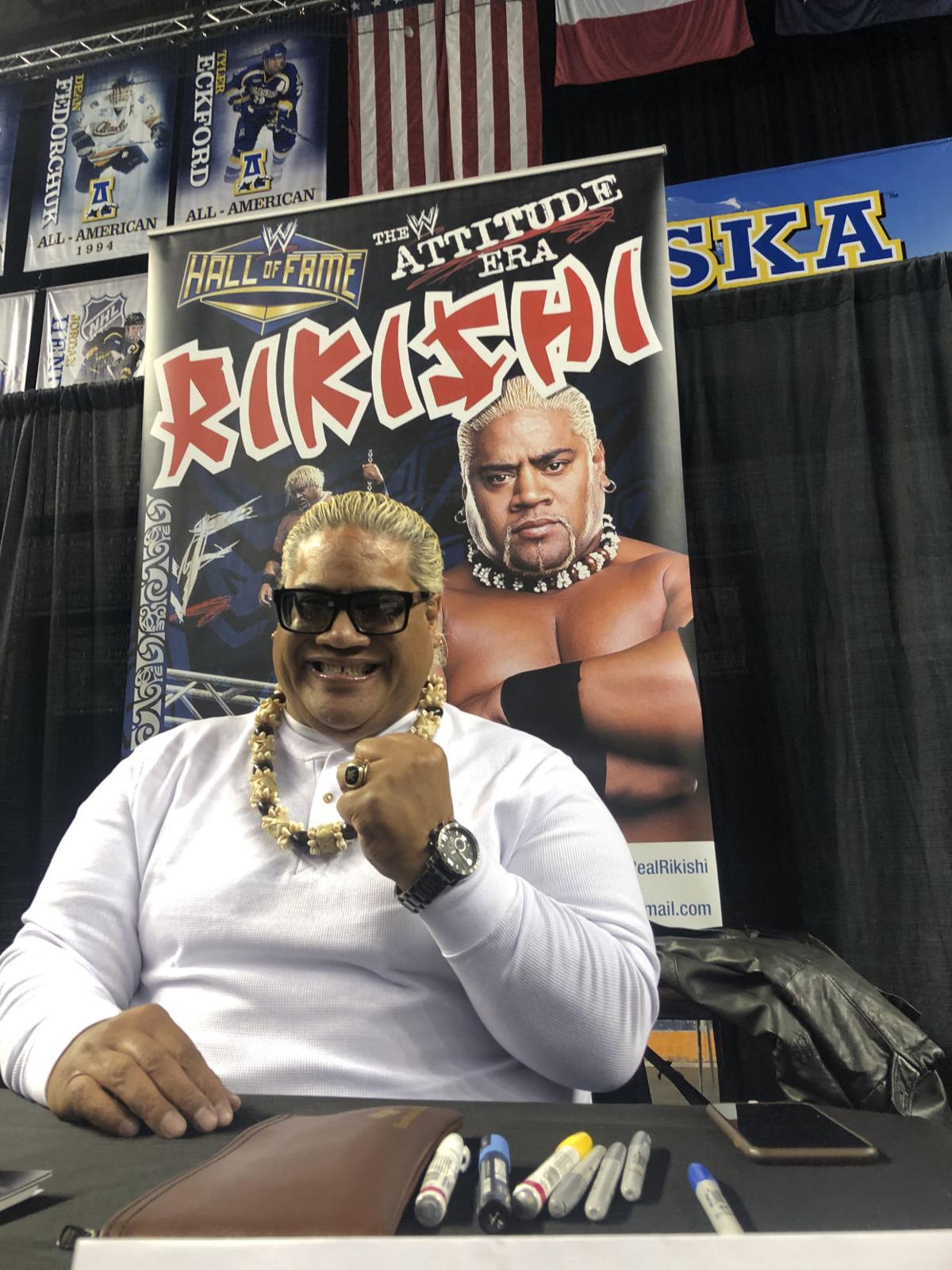 Casey McMillan brought a life-sized replica of the Red Power Ranger's helmet with her to meet the Austin St. James, who played the character on TV. Cheryl Upshaw/News-Miner

Jessa Joehnk, of Anchorage, wore a Star Trek costume to work her booth at Alaska Comicon, where she sold crocheted toys. Cheryl Upshaw/News-Miner

Foam swords, spandex and hand-sewn costumes flooded the Carlson Center on Saturday for Fairbanks’ first ever comic book convention. Alaska ComiCon opened to over 2,000 excited fans who showed up to celebrate the diverse worlds of science fiction, horror and fantasy.

Alaska ComiCon features many standard comic convention favorites: costume contests, hordes of fans in cosplay, celebrity guests and discussions on hot-button topics that affect those who love this medium. Some of Saturday’s panels included “Super Heroes around the World,” “Japanese Anime and the American/Global Connection,” “How to Start Cosplaying” and “Representation of Alaska in Comic Books.”

Rikisha said Fairbanks was, “One of my favorite places to wrestle.

The fans here are just mad crazy over professional wrestling.” He went on to say that he enjoyed the opportunity to speak with fans one-on-one.

Several local fans came out specifically to meet St. John, including Casey McMillan, who had a life-sized replica of the Red Power Ranger helmet. McMillan has been a fan of Power Rangers since 2003. She loved that she could come to a comicon so close to home, as she has previously traveled to conventions out of state to celebrate Power Rangers.

“I’m really stoked,” North Pole resident Hannah Lumpkins said, “I’m so excited this is something that’s come to Fairbanks. It’s actually my first comicon. I’ve never been to one before but, you know, Red Ranger’s here, so I can’t say no to that.”

The worlds of print literature and comics were also on display, as authors and artists mingled with the guests. Local author Craig Martelle was present, answering questions and signing books. Ben Templesmith, who co-created “30 Days of Night,” also had a booth, as did Dan Parent, Aubrey Sitterson, Dan Nokes and Mike McKone.

At many comic conventions, attendees dress up to browse the booths and attend panels. Alaska ComiCon was no exception. Dozens of people arrived at the Carlson Center as their favorite fictional characters.

While several guests donned store-bought costumes, plenty more made their own. “Cosplayers” — those who make their own costumes — were out in droves. Their costumes were varied: from the ever-popular Joker and Harley Quinn to the less-commonly seen Doctor Robotnik, the villain from the “Sonic the Hedgehog” series and video games.

The convention was organized by friends and professional convention organizers Ben Penrod and Brett Carreras. The pair visited Fairbanks in March of 2019 to ski and see the northern lights. When they learned there was no comicon in Fairbanks, they crunched some numbers, called some friends and got to work organizing the event. Less than a year later, the Alaska ComiCon opened.

Penrod said he’d traveled to Fairbanks several times in the past year and it became one of his favorite places.

The convention continues at the Carlson Center today. One-day passes are $19.95 online, and $25 at the door. Kids under 13 are free.

The headline on this story has been corrected to reflect that the Alaska ComiCon is the first such convention in Fairbanks, not in Alaska.