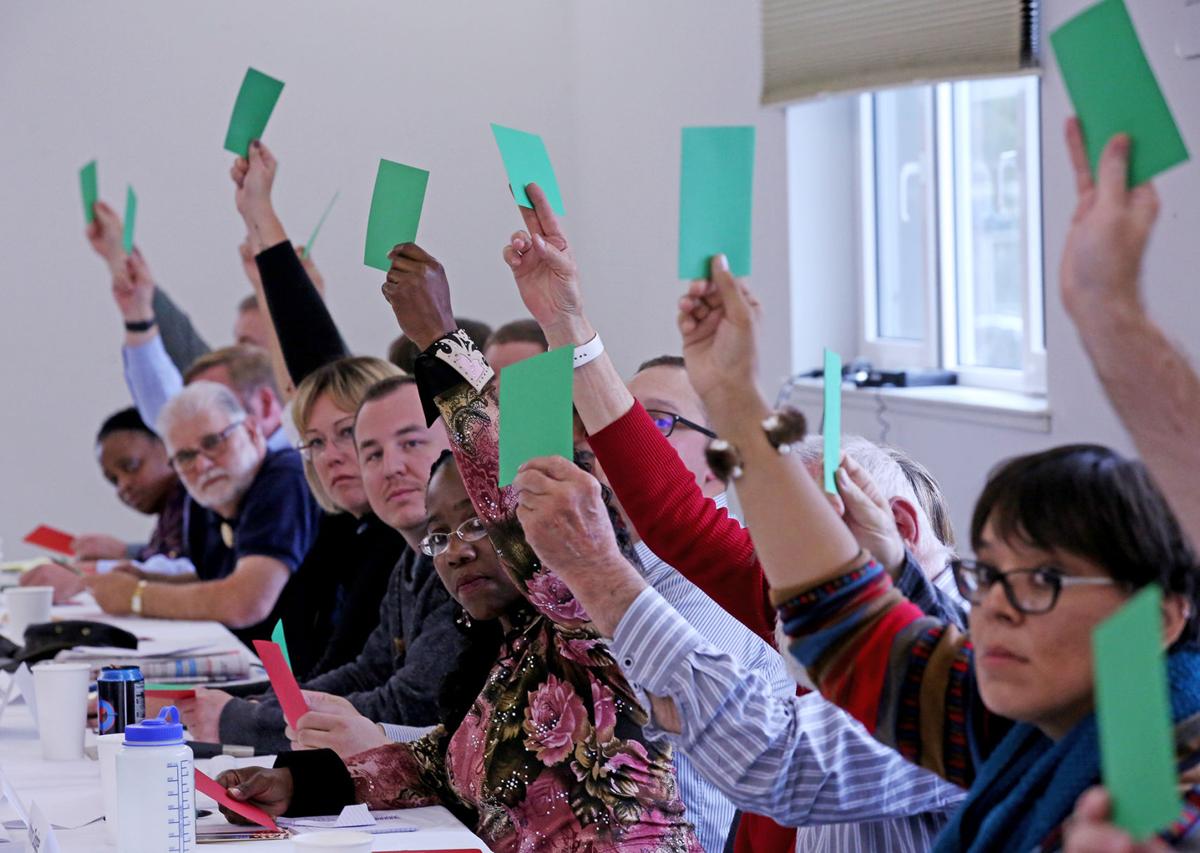 It was standing room only in the audience as nearly 20 candidates participated at the Climate, Jobs and Justice local elections candidate forum Tuesday evening, August 27, 2019 at the JP Jones Community Development Center.

It was standing room only in the audience as nearly 20 candidates participated at the Climate, Jobs and Justice local elections candidate forum Tuesday evening, August 27, 2019 at the JP Jones Community Development Center.

Candidates for local office agreed Tuesday that people have the right to unionize, to drink clean water and breathe clean air.

They disagreed on issues such as whether transgender students may use the bathroom of their choosing and whether health care providers may refuse someone service based on personal beliefs.

The questions were asked at the Climate, Jobs and Justice Candidate Forum at the JP Jones Community Development Center.

For most candidates, it was their first forum leading up to the Oct. 1 municipal elections.

All local candidates were invited, according to organizers. Ten either could not make it or did not respond.

William Pawlirzyn, candidate for assembly seat B, was the sole person to hold up a “yes” card supporting the right of health care providers to refuse to render service based on their conscience.

“I believe that when government starts to compel action and require people to act against what they believe in, that is itself a form of oppression,” Pawlirzyn said later during a break.

The forum drew candidates for Fairbanks mayor, the Fairbanks North Star Borough Assembly, the Board of Education and the Fairbanks and North Pole City Councils.

They criticized a contract between the City of Fairbanks and a production company that has been filming the police department for a reality show.

Jordan watched a few episodes, she said, and she doesn’t think the show reflects well on Fairbanks.

“This is definitely something that should be pulled,” she said.

Dodge said the City Council rushed when it approved the contract, and the process lacked transparency.

“Now I understand that we have a contract that is fairly hard to get out of,” she said.

Four of five school board candidates in attendance were asked how they would make LGBTQ+ students feel safer in public schools.

Mike Kenna, an attorney making his third bid to join the school board, suggested asking the students.

“They are the ones living it everyday,” he said.

Kimba Manning said no one should be afraid to go to school, including students of color.

“We need to let our children know that if you are a human being, there is no color,” she said. “Let’s be human about it.”

Borough assembly candidates were asked what they want the climate change task force to work on.

Shaun Tacke, who is defending assembly seat B from three challengers, said he wants the group to focus on safety and preparedness.

“Our community is not prepared for a huge catastrophe,”she said.

“Everything in government has to have a climate component,” said Mindy O’Neall, an appointee looking for election to assembly seat C.

Other assembly candidates at the forum were Matt Cooper, presiding officer, who is seeking reelection, and Geoffry Wildridge, an appointee seeking to retain assembly seat E, plus two of his challengers, former Assemblyman Tim Beck and Michael E. LaDouceur.

Brandon Boylan and Jennifer Luke joined Kenna and Manning as the four school board candidates.