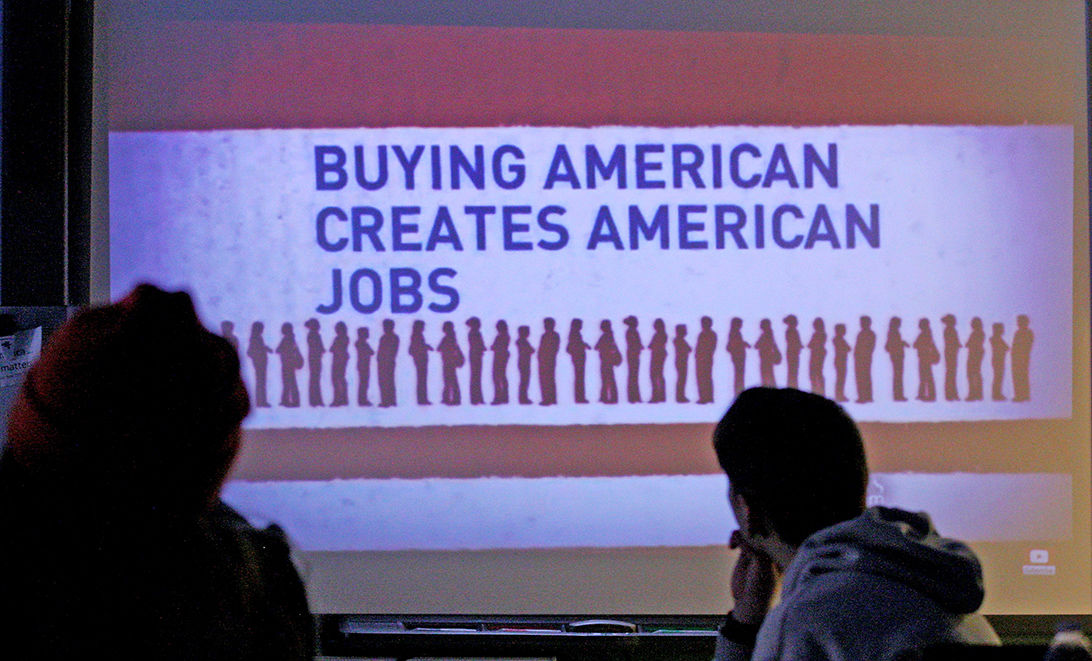 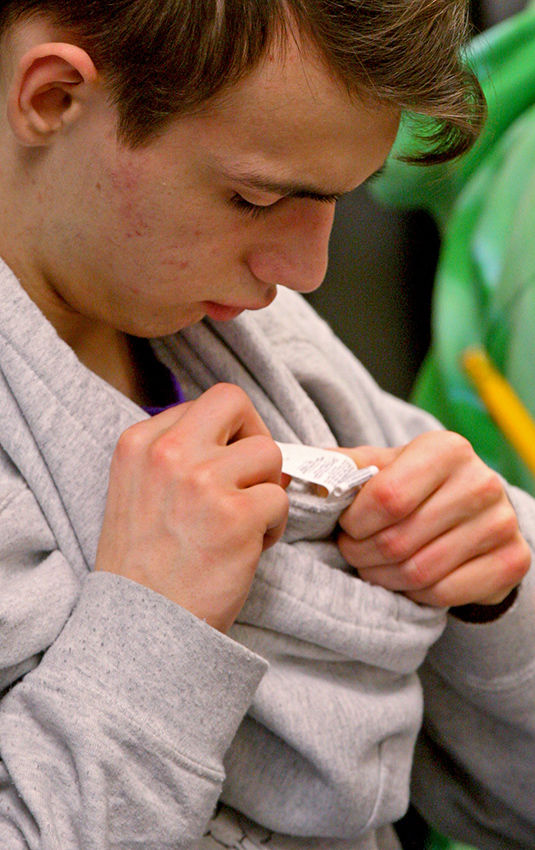 Eric Partyka looks to see where his hoodie was made as part of a class exercise in Joy Grubis's Financial Literacy class at West Valley High School Thursday afternoon, December 5, 2019. 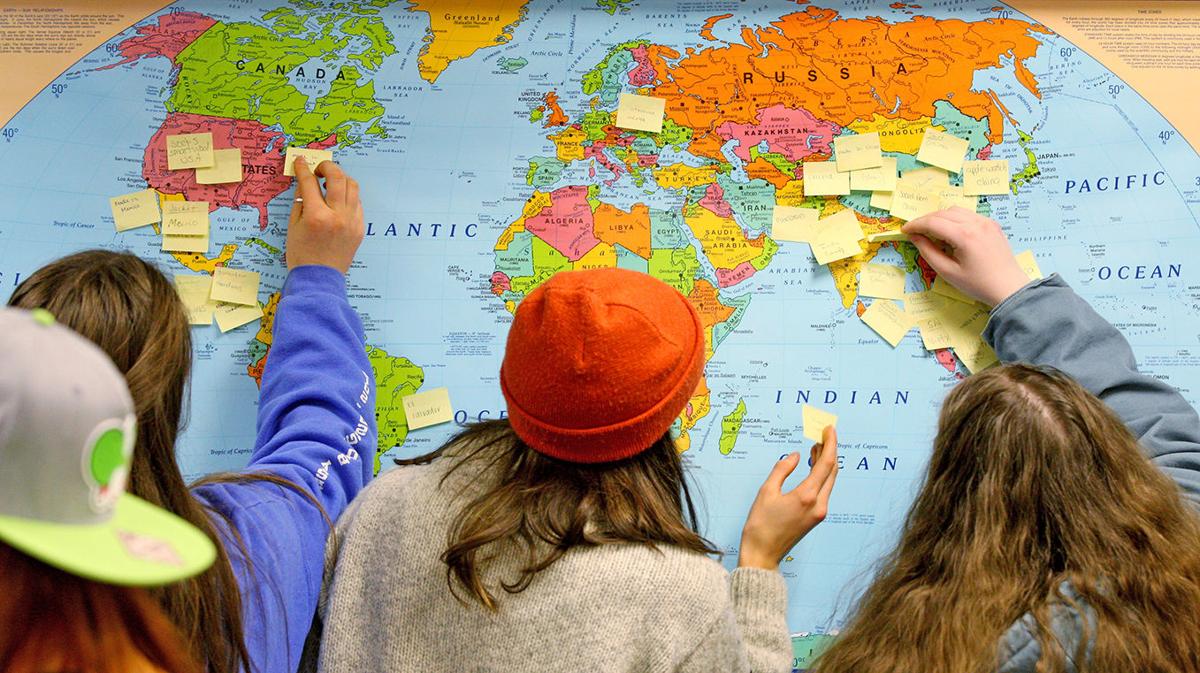 Students wrote down where different articles of their clothing were made on Post-It notes and stuck them on a world map to create a visual reference to where many of their purchased products are produced in Joy Grubis's Financial Literacy class at West Valley High School Thursday afternoon, December 5, 2019. 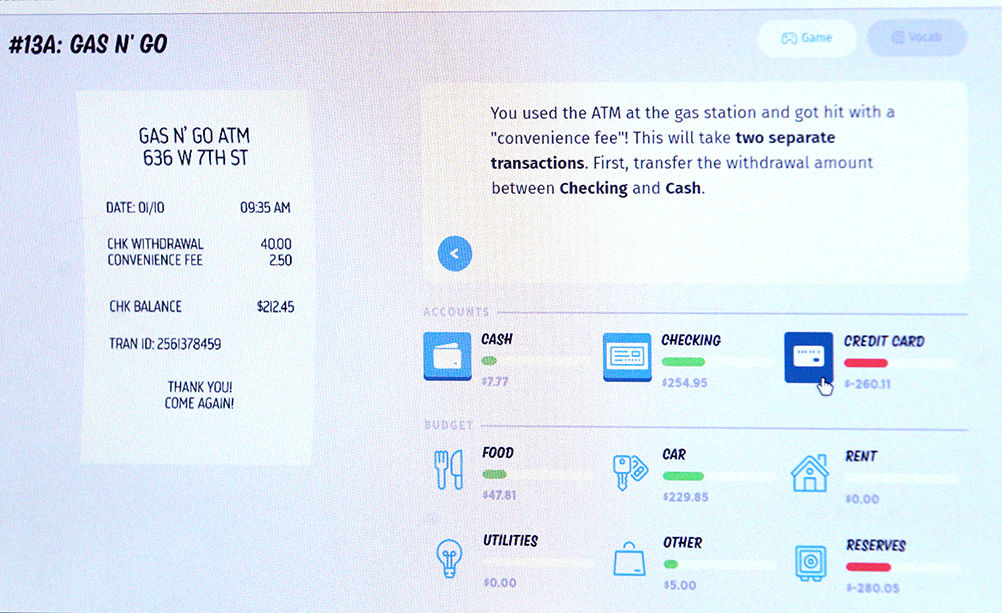 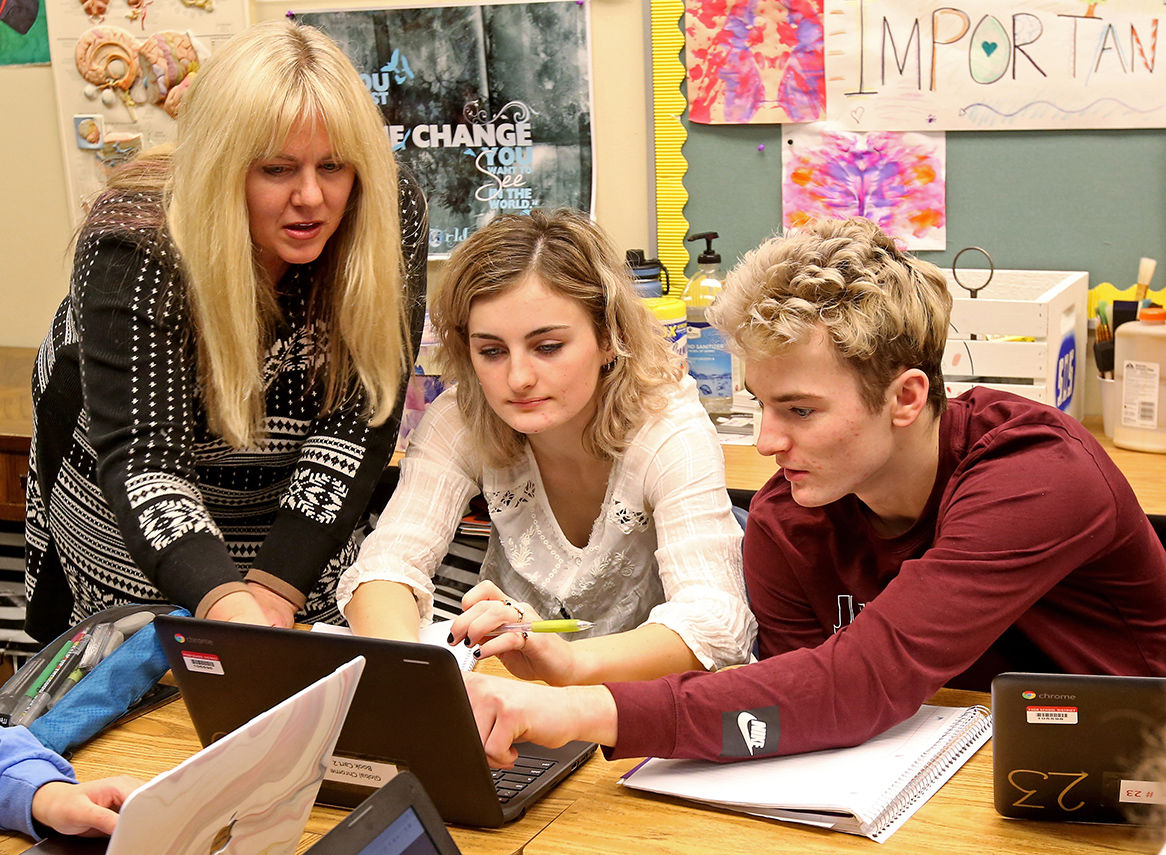 Eric Partyka looks to see where his hoodie was made as part of a class exercise in Joy Grubis's Financial Literacy class at West Valley High School Thursday afternoon, December 5, 2019.

Students wrote down where different articles of their clothing were made on Post-It notes and stuck them on a world map to create a visual reference to where many of their purchased products are produced in Joy Grubis's Financial Literacy class at West Valley High School Thursday afternoon, December 5, 2019.

As the year winds down, many high school seniors are facing one last semester before graduation leads to a world of new financial realities.

Joy Grubis, who teaches economy to her third and sixth period classes at West Valley, has been working to make sure students are prepared to tackle finances in the future.

“So I have been teaching financial literacy in my economics classes for a number of years as part of our curriculum to go through credit, credit scores, establishing a credit history, financial planning, making a budget,” she said, “and I also have had guest speakers come to the class.”

Representatives from banks and credit unions have visited her class, including guest speakers from Spirit of Alaska Federal Credit Union, who approached Grubis about the Banzai program, an online tool for learning financial literacy.

“We have been in a relationship with Banzai since October 2017 when we sponsored 10 schools,” said Sarah Geer, marketing director with Spirit of Alaska. “So the way it works with Banzai is you sponsor a school for a term of three years, then they provide the software.”

There’s an activity book to accompany the program, as well as training for the teachers, all of which is included in the sponsorship, according to Geer. It’s up to teachers to sign up for the program, should they choose, once Spirit of Alaska extends the sponsorship.

“So our hope is to give teachers really great financial education tools for their students,” Geer said.

At present, 14 schools in the Fairbanks North Star Borough School District have access to the software, as well as IDEA Homeschool out of the Galena City School District. Of those schools, Geer noted 10 have been active at some point between 2017 and 2019 thus far.

This is the second time Grubis has used Banzai in her class after trying it for the first time last year.

The program provides a pretest, a posttest and three versions of the game provided by the software: one for younger students, one for teenagers and one for adults. It simulates real life scenarios, with the version for teenagers focusing on saving for college over the span of a few weeks.

“I actually liked it a lot. I felt like I learned a lot,” said Kate Baring, a senior at West Valley High School.

On Thursday last week, Grubis’s sixth period general economics class convened to watch an ABC World News segment on globalization before breaking into groups and finding out what country each of their clothing items is made in.

When they were done they could work on make-up work, check stocks on Investopedia, a stock market simulator based on real market trends, or open up Banzai and make progress on their game.

While it was a little confusing when the software dictated what was happening rather than allowing the user to make decisions, according to Baring, she still found the program really helpful.

Grubis also had her students working on financial plans for the future this semester. Baring, 17, used a project to compare Macalester College in St. Paul, Minnesota, and the University of Alaska Fairbanks.

Some of the things in the Banzai program, she noted, she might not have to deal with yet. The game has you rent a house or an apartment, while for the next few years she plans to be living on campus, where she won’t have to account for rent and will be on a meal plan.

“So, I think being able to take those skills that we learned through that program and then apply it to our own life is really helpful,” she said, “and that’s something that Ms. Grubis has done a really good job of doing with us.”

Aiden Johns is another 17-year-old senior at West Valley who recently found out he has been accepted to Biola University in California. He presented his financial plan earlier this semester.

His class, the third period economy class, also used the Banzai program. Johns said that what the students were discussing in class taught similar lessons, although they weren’t part of the same thing.

“It was cool to see how they both were just helping us with long term economic plans and stuff like that,” he said.

Gabby Manley, 18, is another of Grubis’s sixth period students. Manley mentioned she would have liked more freedom with her spending choices in Banzai, such as with the set schedule for credit card payments in game which couldn’t be altered.

However, the Banzai program helped her learn about budgeting different items, which was similar to another lesson Grubis taught the students about splitting a paycheck into different envelopes for what you need to spend that month, according to Manley.

“So, I guess that was useful,” she said, “kind of seeing it’s good to kind of lay out your whole budget and be like, ‘OK, I have this paid for this month already.’”

Overall, she said her economy class is one of the most useful classes she’s taken.

Grubis has shared feedback with Banzai and she’s been in communication with representatives to discuss the program more.

During Thursday’s class one student called out that their car had broken down in game. Other students clicked through their simulated stock portfolios to see where they rank among their classmates.

“I think ultimately it’s exciting times to be teaching with the kinds of technologies that kids can use today,” Grubis said, “and so I think it makes things more real for them and relevant, and even just being able to look online at colleges is wonderful.”